I have to admit that I’m not much of a gamer.  Hubby has a PS4 and enjoys playing games but it’s rare for me to play video games, although I have fond memories of playing various platform games in my childhood (and many hours of dance-mat games in my uni days!)  The girls enjoy playing the occasional game on Daddy’s tablet but had yet to be introduced to games consoles.  When we were invited to the PlayStation Kids and Parenting Showcase, I thought it sounded like a fun way of trying out some different games that might be suitable for us to play as a family. 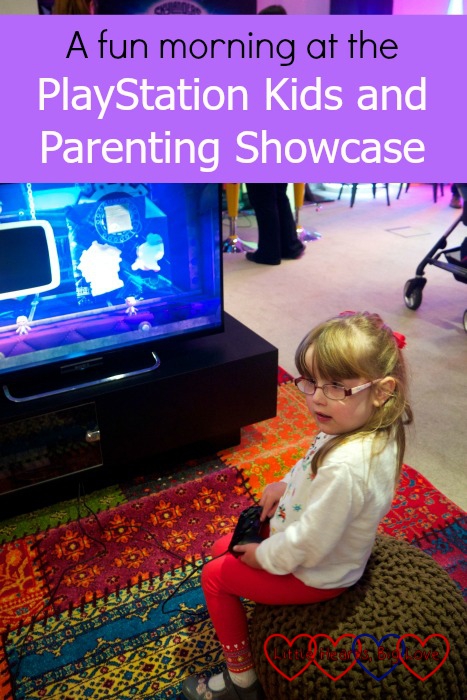 On arrival at the venue, we had our photo taken in front of the PlayStation board with the girls getting to hold up some smiley faces or cardboard clouds.  There were two rooms set up with various games stations and I loved the way each area was designed to fit in with the game being played there.

We started off by trying out Little Big Planet 3 which is a puzzle platform game.  I was pretty useless at trying to work out what the girls needed to do (although they were both quite happy just to make Sackboy run back and forth across the screen!)  Thankfully hubby was on hand to help but it was a bit too difficult for the girls to play and they soon made a beeline for the craft table. 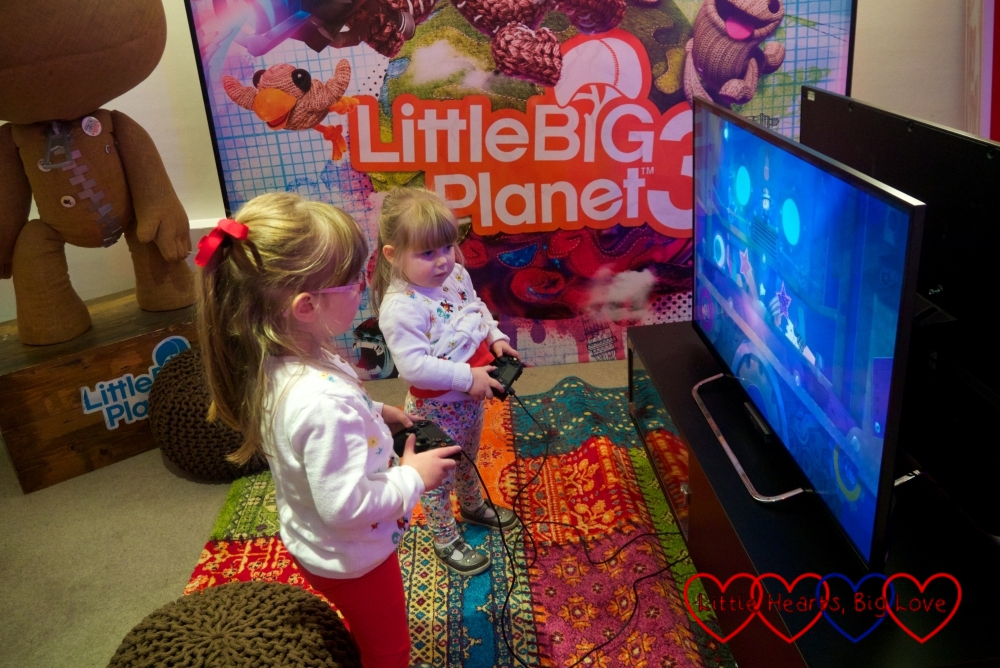 As expected, the craft table was a big hit.  There were masks to decorate, plenty of cardboard for doing drawing and sticking on and lots of “decorations” – pompoms, feathers and foam shapes.  Jessica and Sophie were kept amused for quite some time. 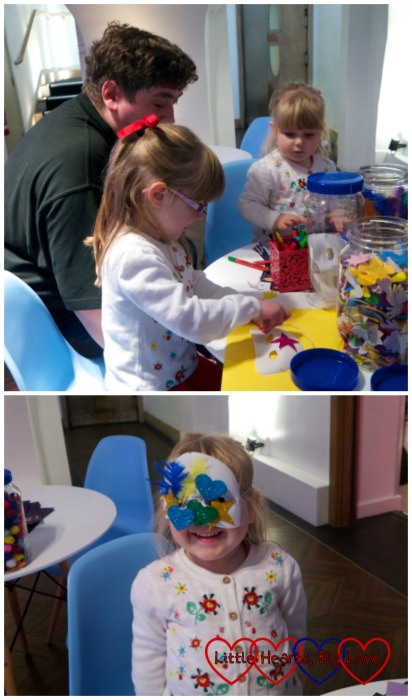 Once the girls had finished crafting, we had another look around the games.  Jessica quite enjoyed playing Minecraft and had lots of fun breaking blocks even though she didn’t manage to work out how to do anything else.  She was quite determined to do it all by herself though and firmly resisted any of hubby’s attempts to help!

I was mostly happy to watch hubby and the girls playing games, but did join in for a game of Rocket League which is like a football game but uses a car to hit the ball into the goal.  I have never been very good at driving games and my skills at steering a car with a games controller are still just as poor as ever! I might have been completely useless at playing Rocket League but I certainly had fun trying! 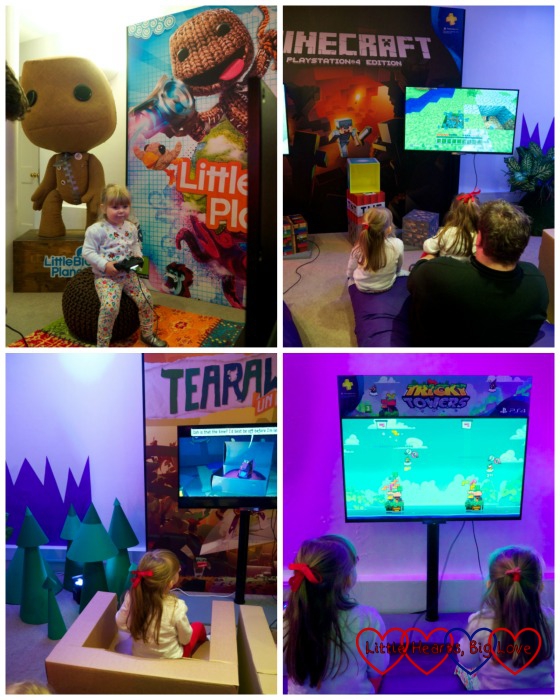 My favourite game of the morning though was Tricky Towers – which is a multiplayer game involving stacking bricks to make a stable tower whilst trying to topple your opponents tower with various magic spells. I had forgotten just how addictive some games could be and this was certainly one I could get addicted to.  Jessica and Sophie also had a go and had a lot of fun building their own towers – even if they weren’t particularly stable ones! I think watching them topple over again was half the fun!

We had a fun morning overall at the PlayStation Kids and Parenting Showcase – it’s made me more tempted to join in next time hubby gets the PS4 out and Tricky Towers is definitely on the wishlist as I think all four of us would have fun playing that one.

For more information about how to get into gaming, stay safe and have fun check out A Parent’s Guide to PlayStation by Ellie Gibson