This week has seen me trying to get a couple of earlier nights in the hope of catching up on some much-needed sleep although my attempts have not been very successful. Jessica had a few restless nights at the beginning of the week and ended up coming into our bed to sleep. Whilst it was lovely to have snuggles, it didn’t make for the best night’s sleep for us (although Jessica seemed quite happy with the arrangement!). Once we got Jessica sleeping better again, it was Sophie’s turn to be wakeful. So despite my best intentions to have an early night, I only had one night where I actually got to sleep before midnight! Thankfully hubby let me have a lovely long lie-in last Saturday which was utterly blissful – fingers crossed for a bit more sleep over the next few nights though! 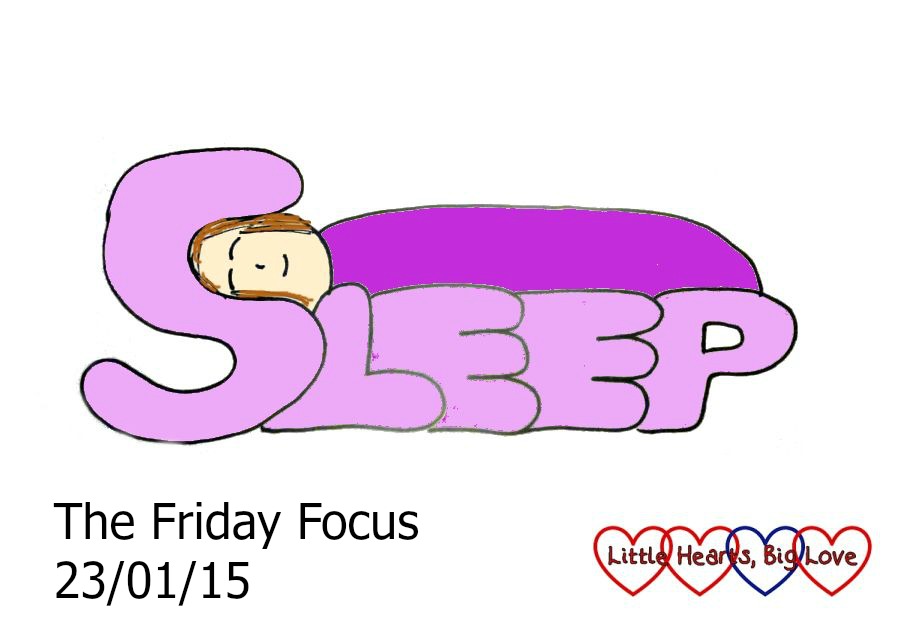 Out and About:
We had a lovely afternoon out as a family last weekend and took a walk around Ruislip Lido whilst Jessica and Sophie got to enjoy being out on the bike and trike. 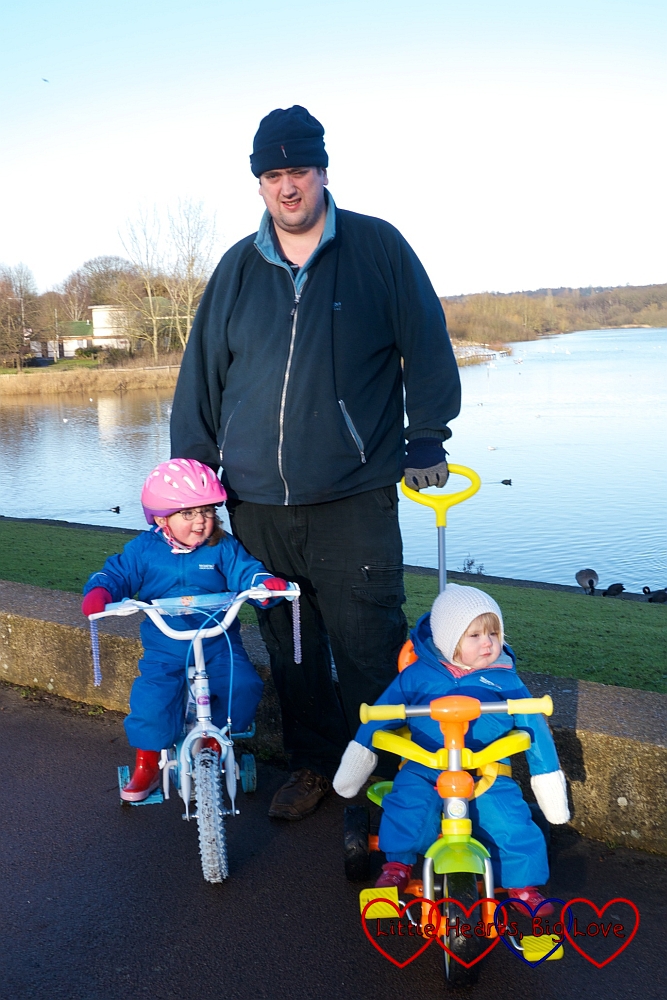 Jessica also had her preschool booster jabs at the beginning of the week and didn’t make any fuss at all about them – I was so proud of her. She did make me chuckle when she demanded a sticker as soon as the nurse had finished though – she’s so used to getting stickers for being good at her many check-ups that it’s definitely the expected thing now! She had her community nurse check-up this week too and all was well with that.

Fun at home:
We’ve had a lovely afternoon with Jessica and Sophie playing dressing-up – Jessica enjoyed wearing her various princess dresses and her jewellery and Sophie was dressed in her little fairy tutu. Both girls enjoyed dressing Mummy up with the contents of the (clean) laundry basket too! 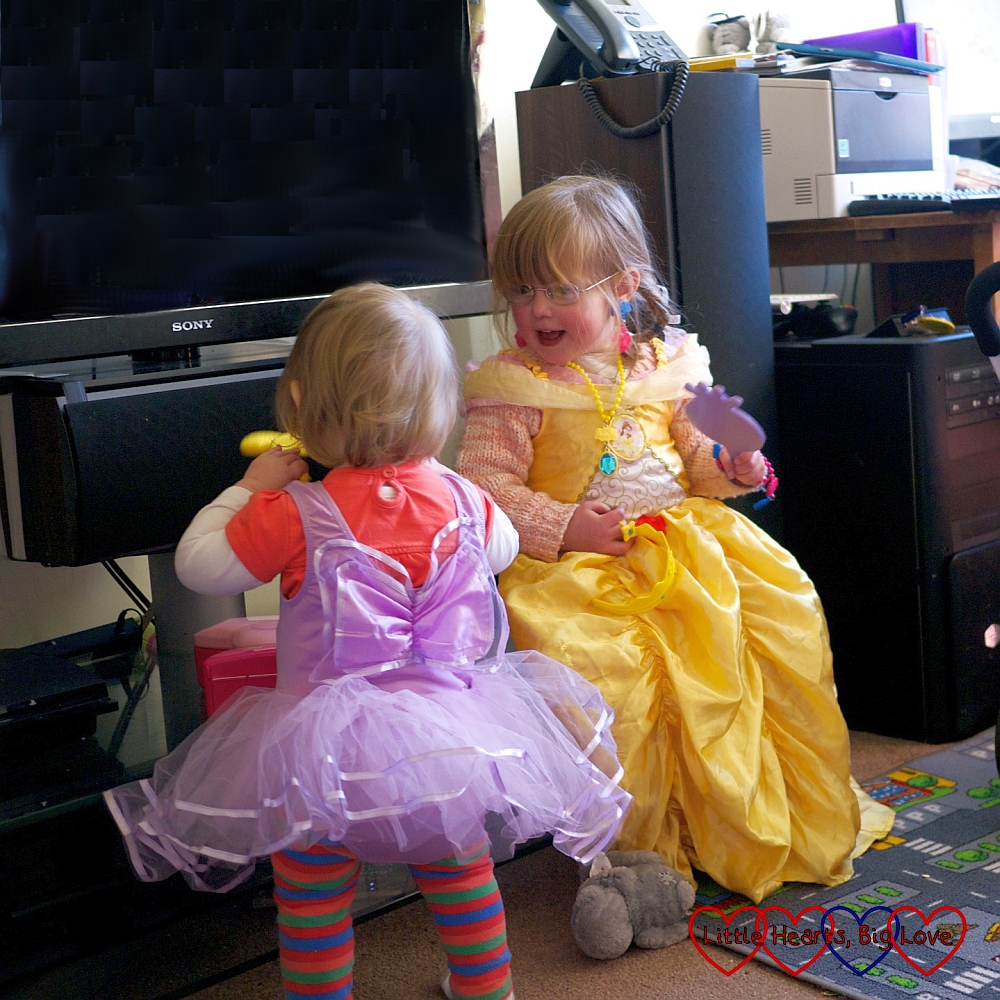 We’ve also enjoyed some messy play after covering the table with some lining paper and letting both the girls paint. It was the first time that Sophie has done painting and it took a few minutes for her to grasp the concept that the paint wasn’t a new foodstuff for her to sample but once she realised she could smear it on the paper with her hands, she was in her element! 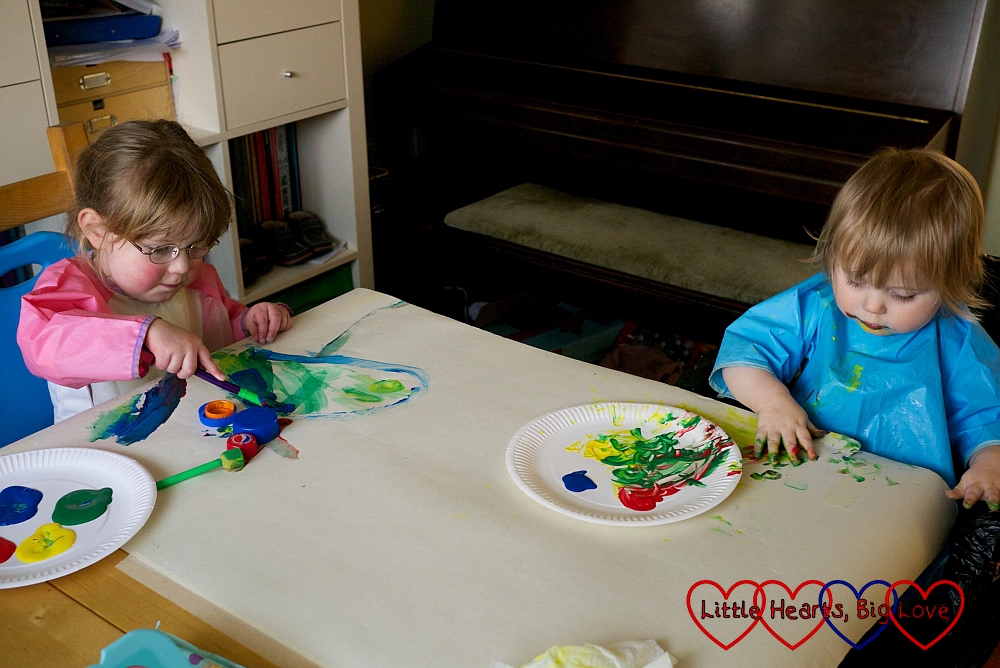 Time for me:
Actually despite feeling tired, it has been a good week on the whole with regards to ‘me’ time. Hubby and I got to go to the cinema for the first time in a very long time and saw ‘Into the Woods’ which we both loved. We got to watch two films together this week which is nothing short of a miracle as we also had an evening snuggling up on the sofa and watched Esio Trot.

On the blog:
I was really pleased that I’ve moved up a little more in the Tots100 charts this month and am now ranked at 313.

My happiest moment:
Sitting on the floor with the girls covering me in items of clothing and all three of us laughing.

Next week I would like to:
Get a bit more sleep and to be a little less cranky than I have been this week.