The last week has certainly been an eventful one. We’ve had Jessica’s birthday, a couple of milestone moments, interesting days out and finally managed to get Sophie’s and Thomas’s room done. 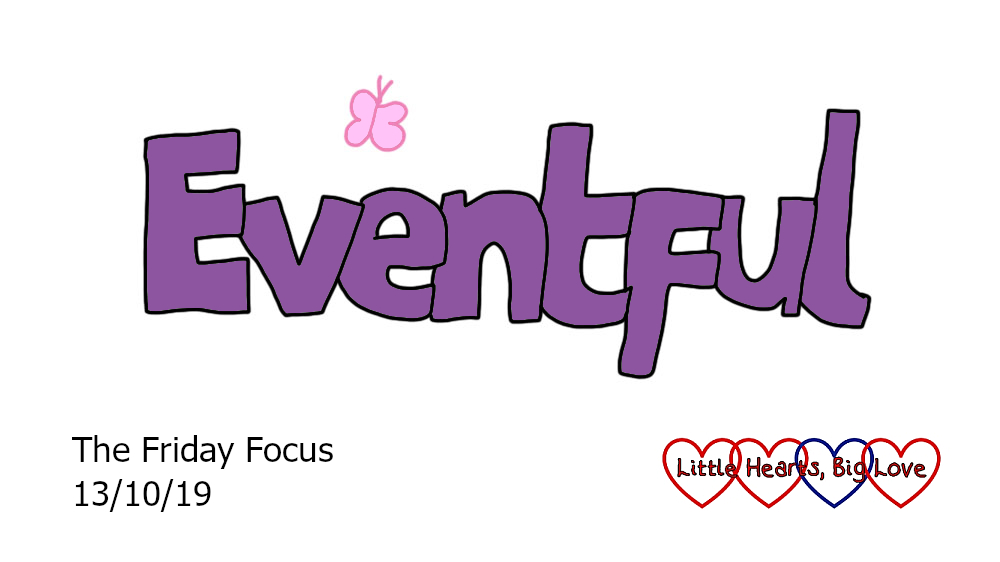 Jessica’s birthday was an emotional day, as we expected it to be. We celebrated it as we did last year – taking her birthday cake to her forever bed and singing ‘Happy Birthday’ to her there. Sophie blew out the candle and we all had a slice of birthday cake, with a few crumbs sprinkled on Jessica’s forever bed to share the cake with her.  Afterwards we took the cake to Girls’ Brigade (which was starting back that evening) and shared it with the girls in Explorers while thinking about Jessica. She would have wanted to share her cake with her friends so it felt appropriate. She would have been the oldest one in Explorers now. I can’t quite imagine that. She was always the smallest one (apart from Sophie) and it seems strange to think she would have been one of the bigger ones (in age at least – I think she still would have been quite petite). 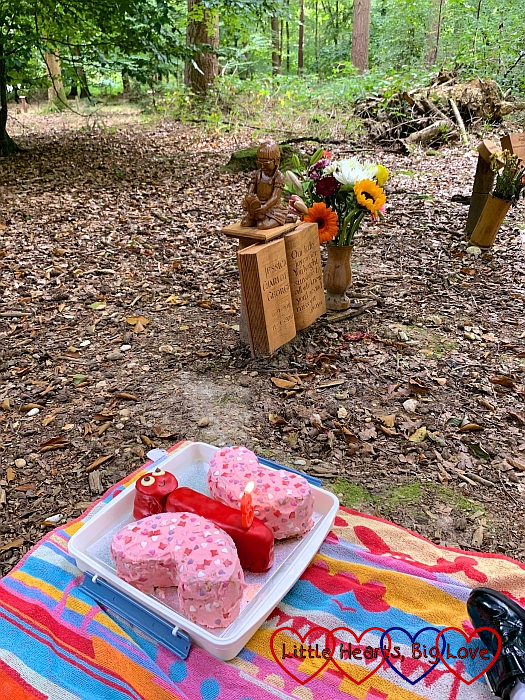 Sophie was very excited by getting her first wobbly tooth which came out at the start of the week. I wasn’t quite ready for that moment so soon – she’s a little younger than Jessica was when she lost her first tooth but then Sophie also got her first tooth much earlier than Jessica did. The tooth fairy visited her (in her new room!) that night and left a shiny coin in place of the tooth. 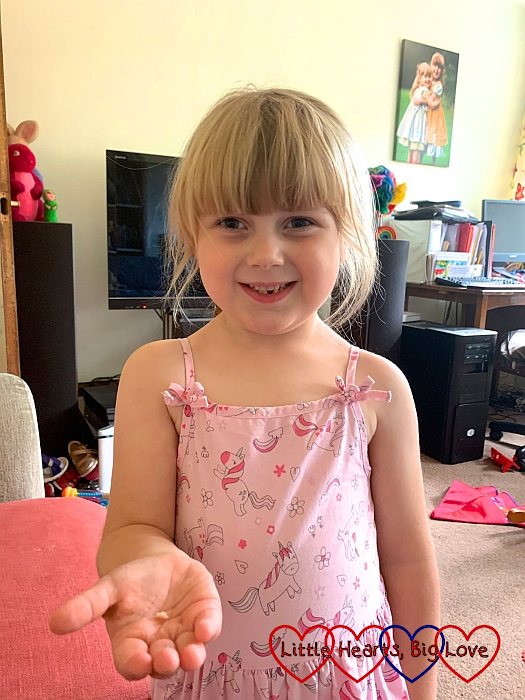 Thomas has had a milestone moment this week too – being able to stand himself up from sitting in the middle of the floor. He’s getting more and more confident with cruising and I don’t think we’re too far off those first independent steps now!

Hubby is away in Salzburg this week (I’m jealous – doing The Sound of Music tour there is on my bucket list!) but before he left, he finally put together the units and got to go in Sophie and Thomas’s room. Given the carpet went in a year ago, it’s taken quite a long time to get this finished but Sophie was finally able to move in and sleep in her new bed which was very exciting. Thomas still mostly sleeps in our bed but he did sleep for a couple of hours in the cot for the first time. It was Jessica’s old cot, so putting that together and seeing Thomas in it was quite emotional. It also meant I could pack up the travel cot in our room and finally have space to get to my wardrobe again! 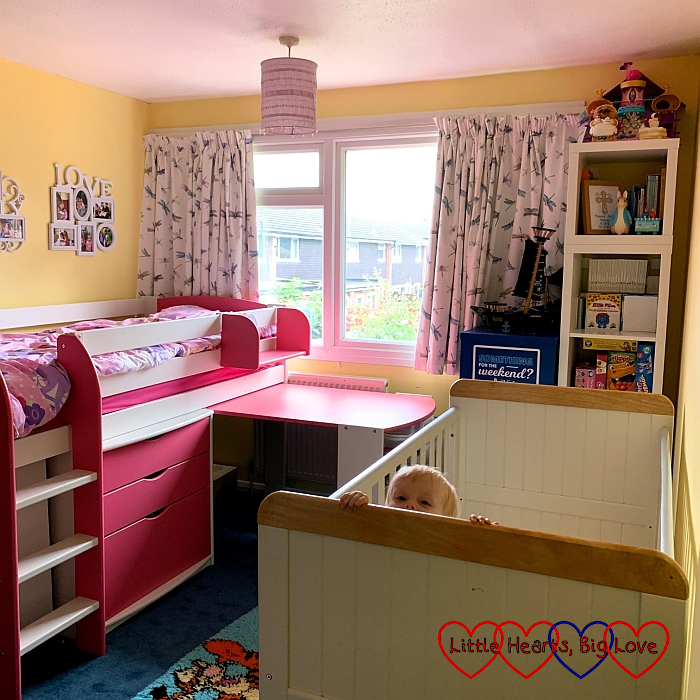 Sophie has been excited at getting to go to breakfast club at school a couple of times this week as I’ve been heading into London. On Wednesday, I was honoured to be invited to the GFI charity day along with a couple of other families to support Action Medical Research. Jessica was the face of their Christmas campaign a few years ago helping raise awareness of the research they funded into using virtual 3D models to help improve heart surgery for hypoplastic left heart syndrome. It was a really interesting morning and so lovely to meet other families along with Paddington Bear and some very lovely celebrities, including Davina McCall, Amanda Holden, Joely Richardson, Katherine Jenkins, Damien Lewis, and Sarah, Duchess of York. 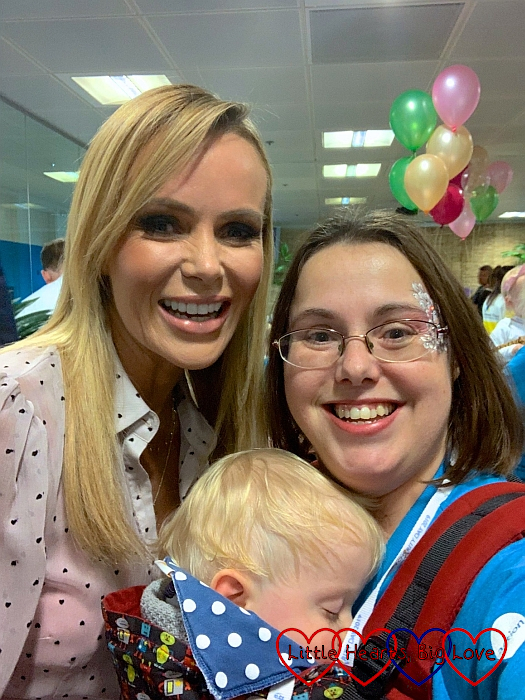 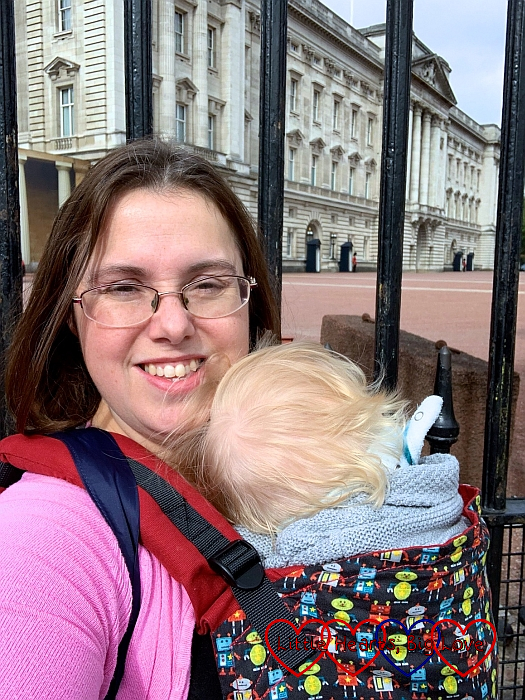 All in all, a very busy week. It’s been a good thing though – the distraction has helped me through, especially with hubby away. 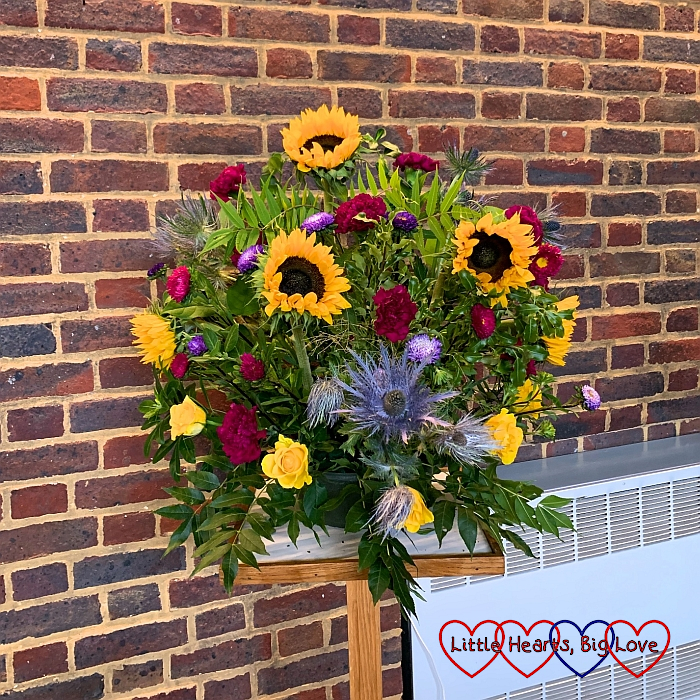