After last week’s dramatic week, I was hoping for a calmer week this week. To some extent that has been the case, mostly due to Sophie being quite

She had been a little unsettled on Friday night but seemed back to normal on Saturday morning as we headed off to a Christmas party and was quite happy for the first half of the party. By the time Father Christmas arrived though, Sophie was starting to feel hot and so as soon as we had seen Father Christmas, we gave her some Calpol and started to head home (an hour and a half’s drive away). By the time we reached the motorway services though, she was very lethargic and shaky and we were concerned enough to stop and call 111 (again!) who felt she should be seen by the out-of-hours GP. We ended up with an out-of-hours appointment at a hospital 30 minutes’ drive from home at 11.30pm – by which time Sophie had perked up again and was giving the doctor smiles! There was no sign of any ear or throat infection so it was just put down to being a virus. Sunday, Monday and Tuesday were mostly spent having snuggles on the sofa with a very poorly Sophie who just wanted to cuddle up to Mummy and sleep, occasionally waking up to breastfeed but not wanting to do anything otherwise. Thankfully she is starting to get back to her usual self now, and we are really hoping that Jessica avoids whatever bug it was that Sophie had. 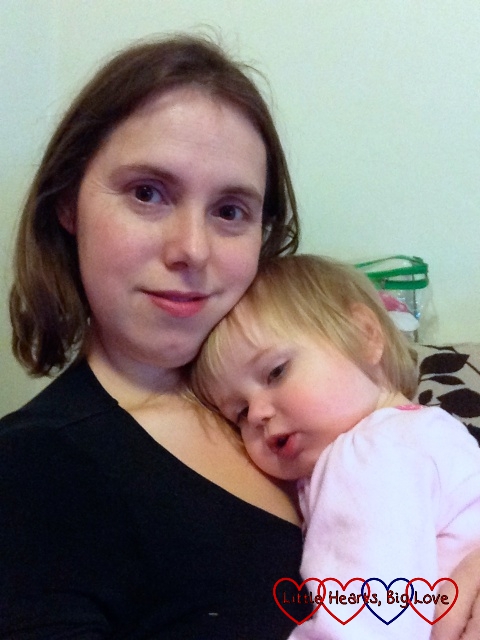 Both girls seemed to enjoy the Christmas party for the heart families that we went to on Saturday (at least until Sophie started to be unwell) although neither seemed particularly impressed by Father Christmas (the presents went down quite well though!) 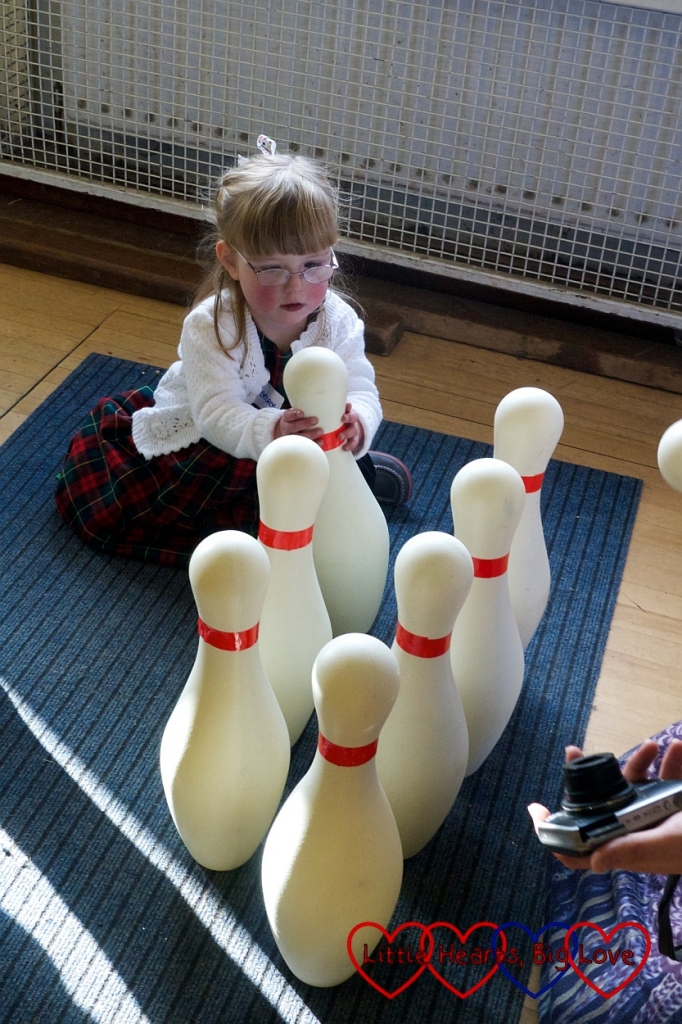 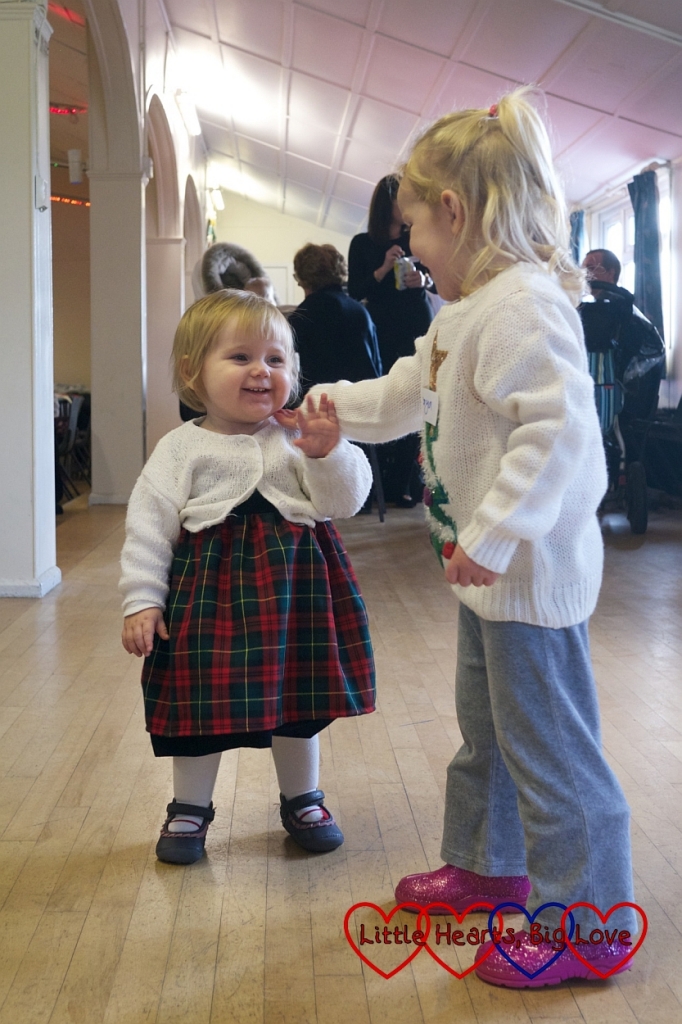 With Sophie being unwell, we had several days confined to the house but finally got out yesterday to go to toddler signing and have a wander around town seeing the Christmas lights, watching people skating on the ice rink and having lunch with Grandma. It felt good to finally be out of the house again! 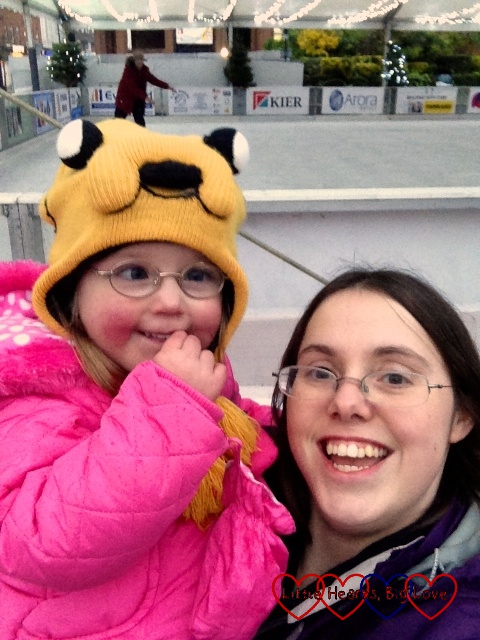 Jessica has enjoyed doing a lot of drawing and sticking this week and making some more Christmas cards. Her drawing skills are coming along beautifully and I was very impressed by this drawing of some people that she did: 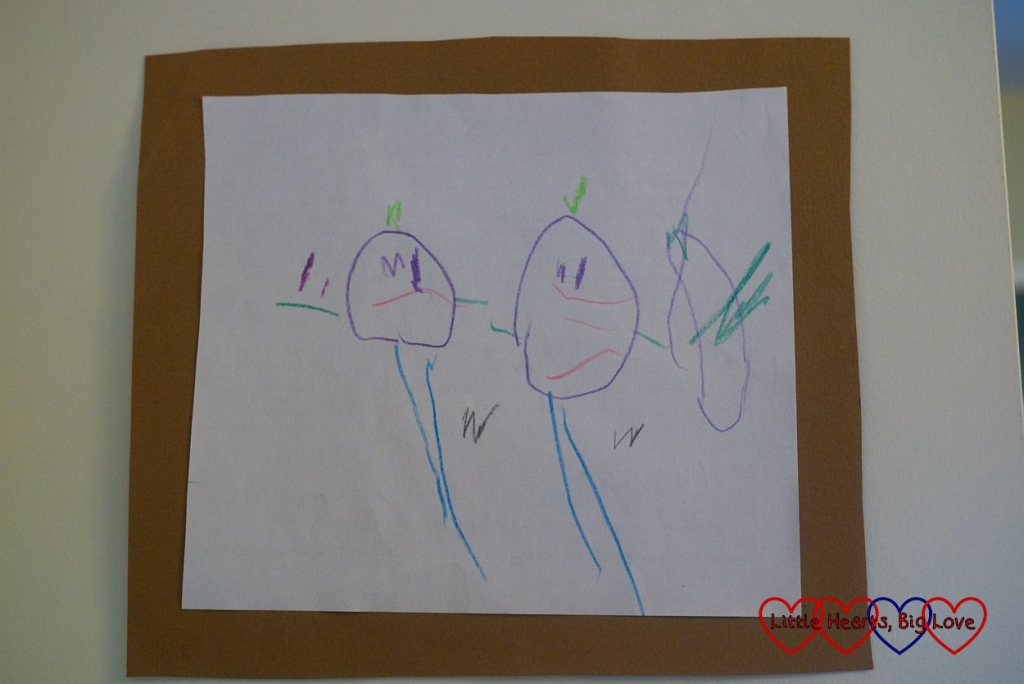 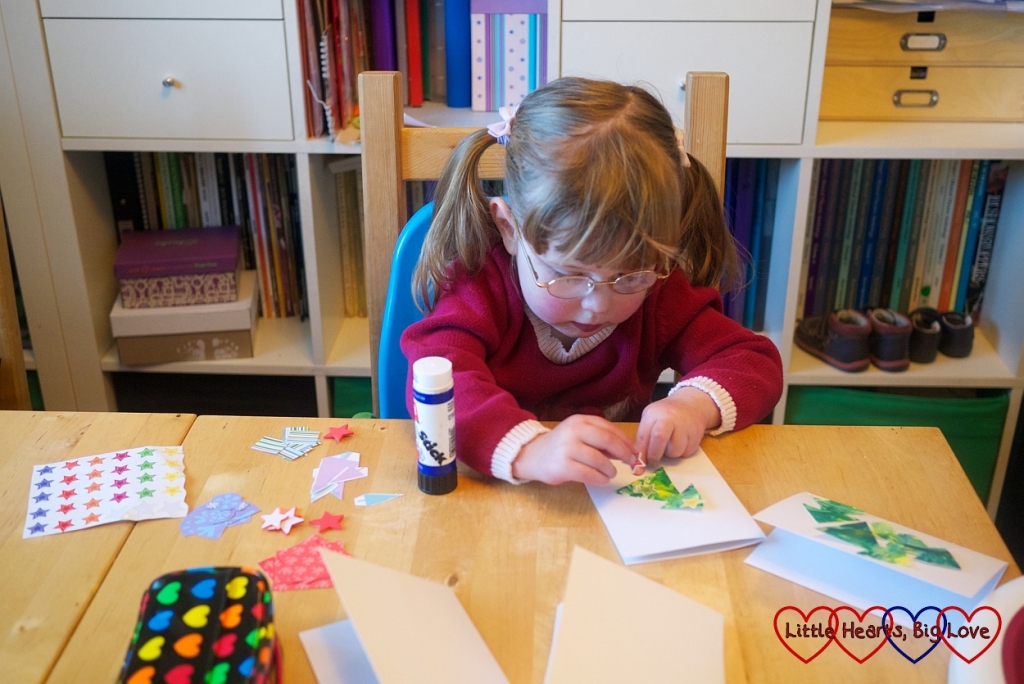 Grandma looked after the girls for an hour or so on Monday so I could go to the chiropractor – it wasn’t exactly a pleasant experience but I felt so much better for it afterwards!  I did also manage to get another cushion made this week.

Finally seeing my baby girl smiling again after being so listless and sad for several days. 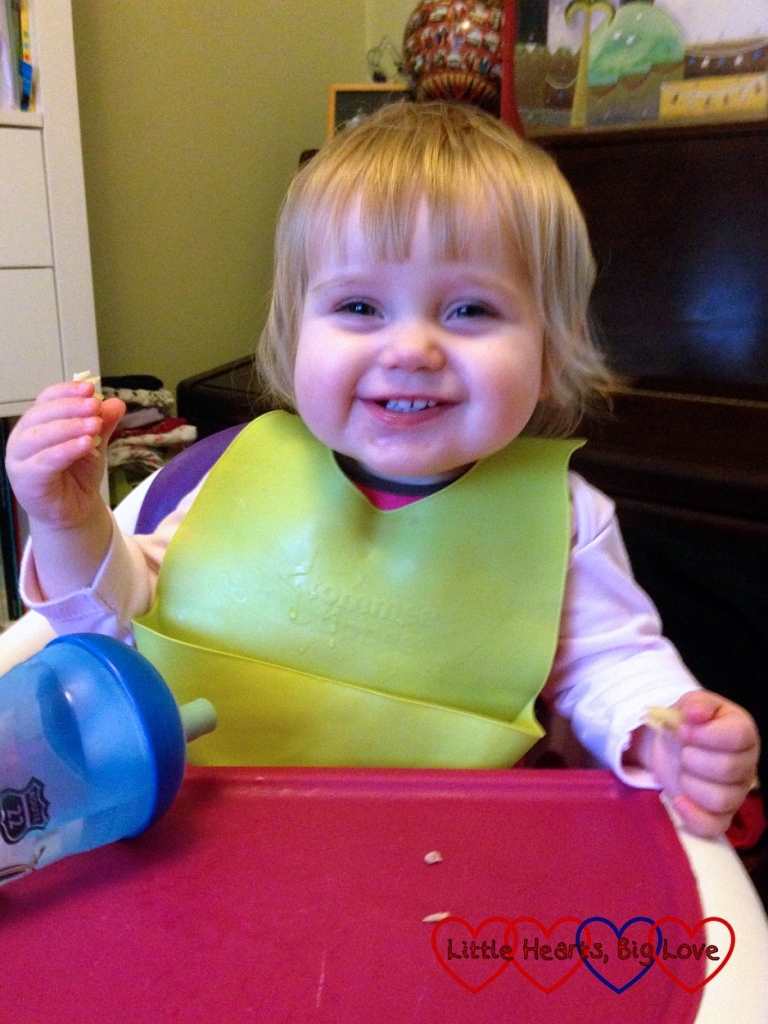 Work out some harmonies for the duet that Michael and I are doing for the Christmas concert at our church and start wrapping the Christmas presents for the girls.