Going to Legoland at the end of the season has become a bit of a tradition for us. Back in the day when we had a preschool pass for Jessica, Legoland visits were a more frequent occurrence. I miss our days of having annual passes and being able to go on quieter days. It is lovely to revisit some of those memories again and have a fun day out together. 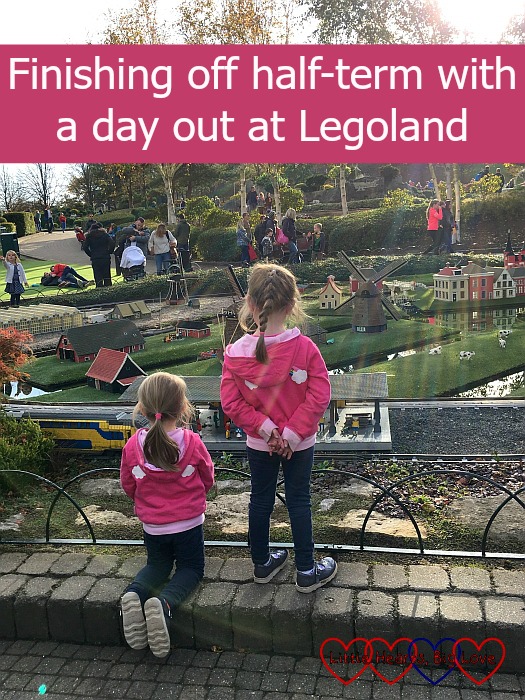 As with last year, the last day of the season was an inset day at school. I had hoped that the park would be a little quieter than during the holidays. However, the car park was filling up fast when we arrived at 9.30am. It turned out to be the busiest day we’ve ever been on with tickets selling out by 11.30am.

Now that Jessica is six, she is big enough to drive the cars at the Lego City Driving School. I knew this ride would be a busy one, so we headed there first. She loved her first experience driving the bigger cars and didn’t do too badly at keeping on the left either! 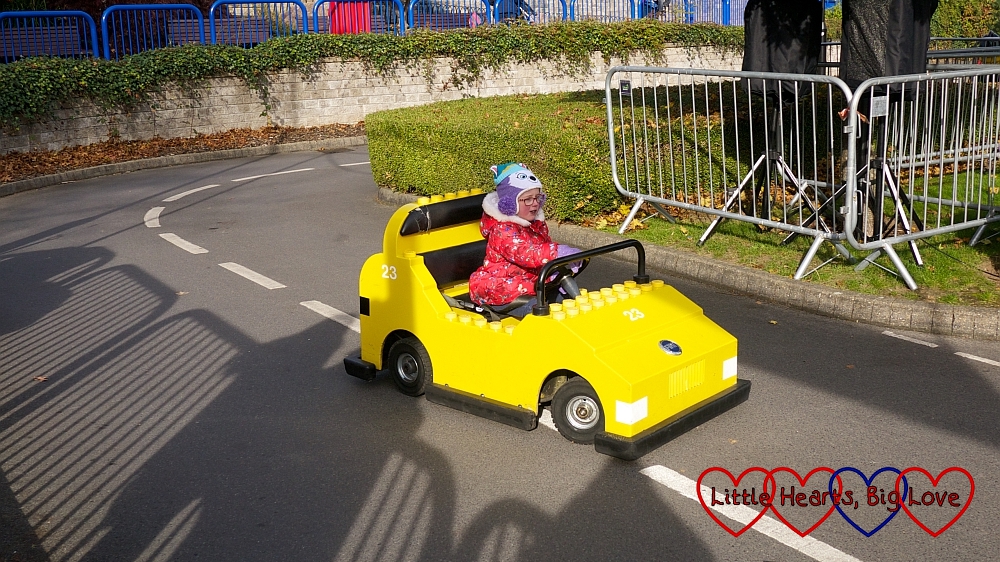 We decided to leave the L-Drivers cars for Sophie for a little later in the day as the queue was a bit on the long side when Jessica finished her drive. We headed up to Duplo Valley to check the times of the puppet show and go on “the blue train” (otherwise known as the Duplo Train). Unfortunately, this was shut when we arrived there.

The girls wanted to go for a walk in the Enchanted Forest instead. There had been some Halloween themed activities in this part of the park the previous year. They were quite disappointed to find this was also closed.

A ride on the Spinning Spider helped ease their disappointment before stopping for lunch at the Pizza and Pasta buffet. We’ve learned from our various days out at theme parks to have lunch slightly early to beat the queues and it worked well again this time! 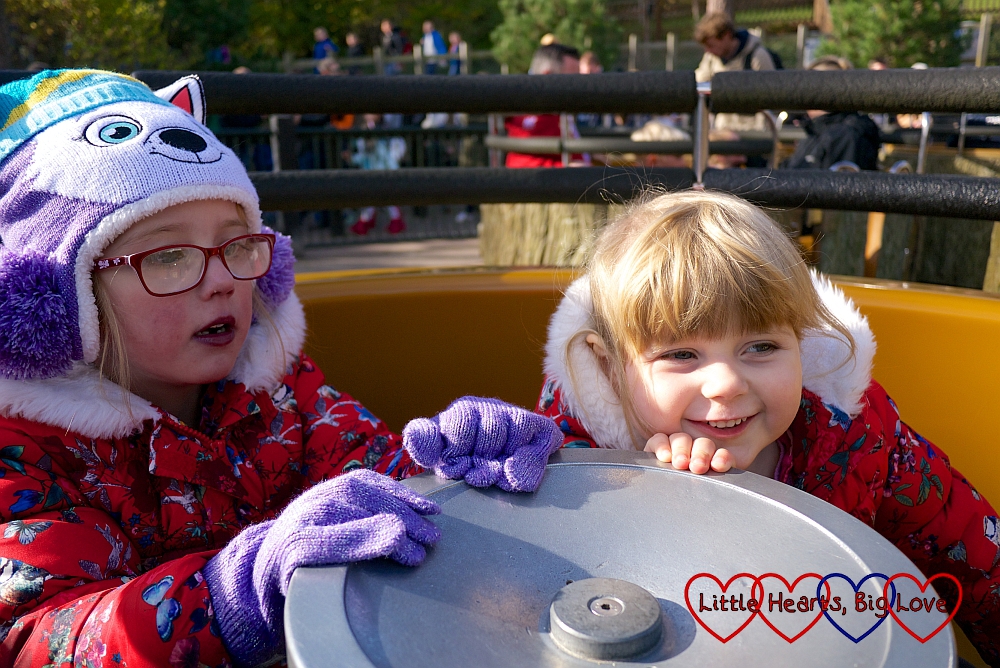 The Lego Friends show is always a must-see for my girls. I was pleasantly surprised to see that it was still running as it finished earlier in the season last year. Sophie loved dancing along to the songs. Of course, we had to make sure we got our photo with the Lego Friends afterwards! 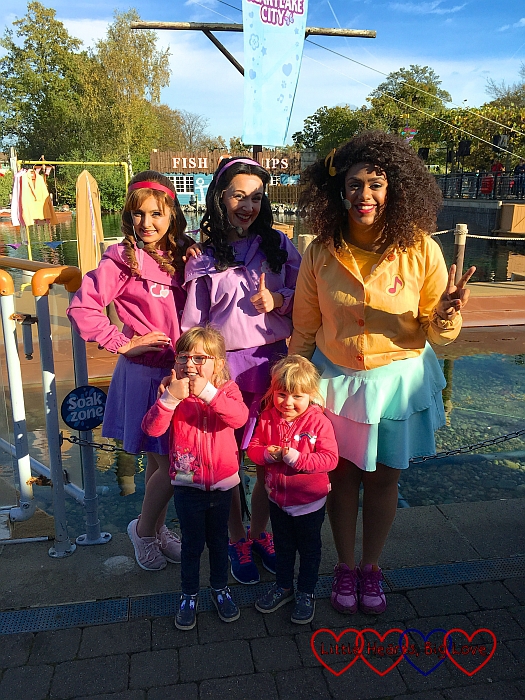 The Duplo Train had re-opened by the time we headed back to Duplo Valley. The queues were the longest we’d ever known them though so the girls decided to give it a miss and play in the Brickville play area instead. Jessica managed to cross the wobbly bridge on the pink castle for the first time by herself. She also loved climbing on the cannon at the other side of the play area. She and Sophie also had fun going down slides together. 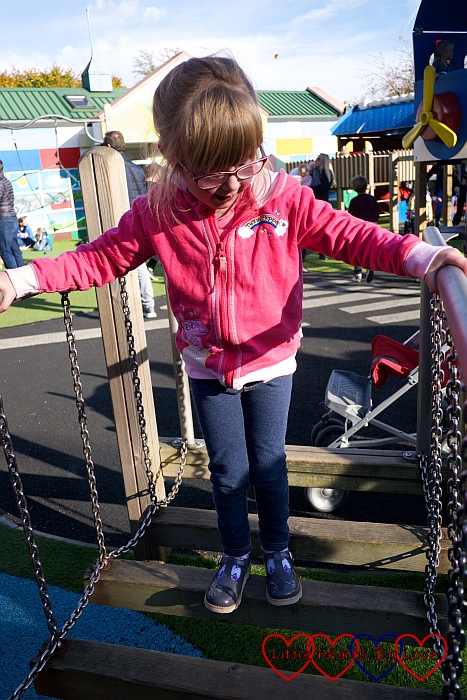 The Brickville play area is fun but the layout means it can be a challenge trying to keep an eye on both the girls. Thankfully, they were happy to stay together which made it a lot easier! 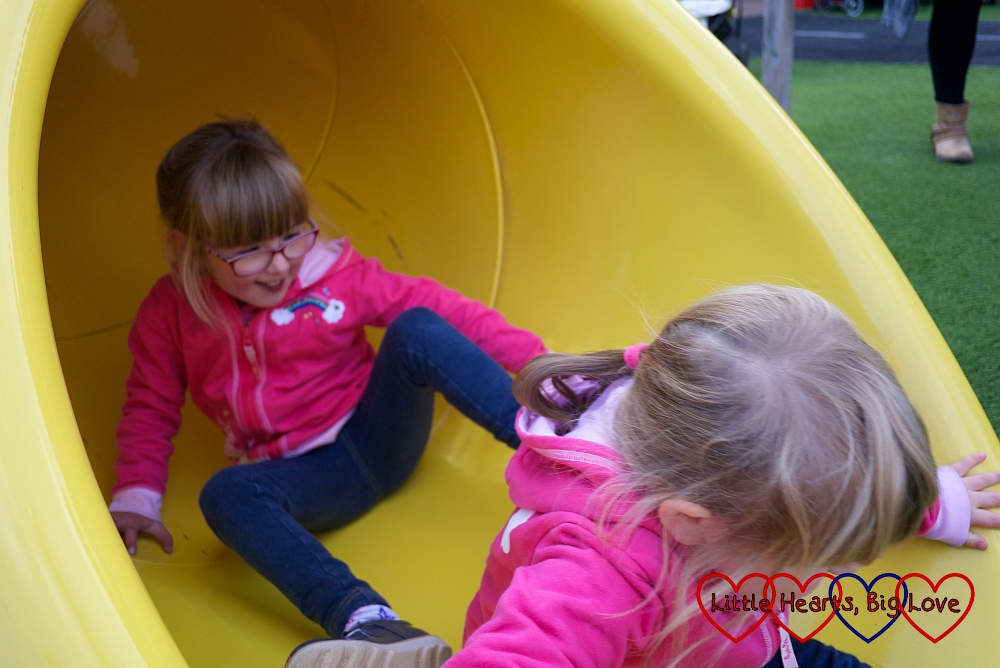 Miniland was our next stop. This is still one of our favourite areas and the girls headed straight for their favourite part of it – the moving trains in the Holland area. They love watching the train stop at the Lego station before heading off again. 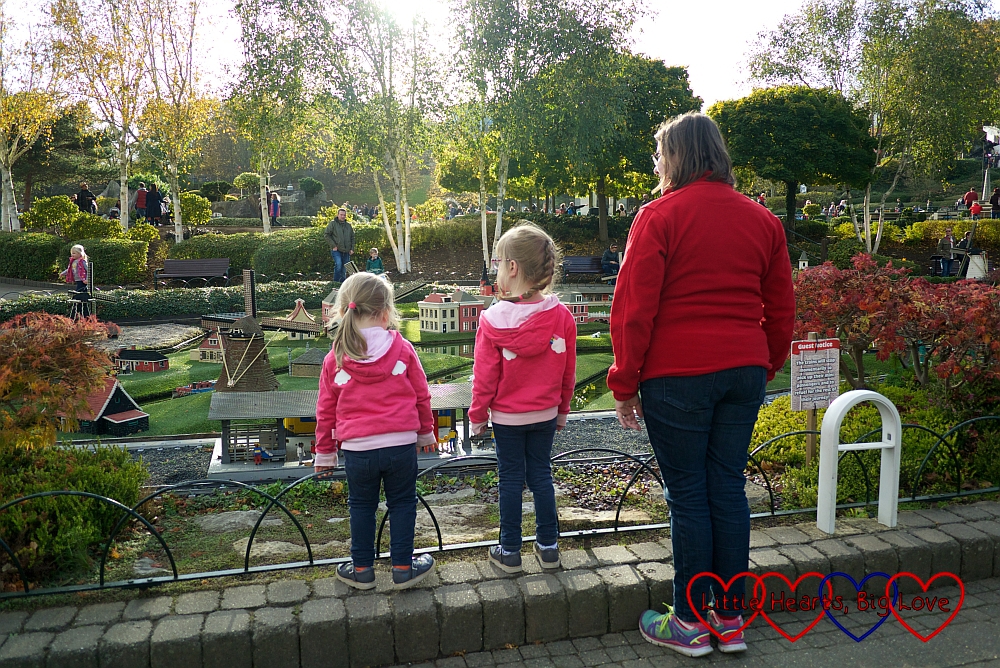 We stopped to catch the Elves and Shoemaker puppet show at the Duplo Valley Theatre before going back through Miniland en route to Papa Moles to get some ice cream and doughnuts as the girls were getting hungry again. This turned out to be closed as well! We ended up getting our ice cream and doughnuts in Heartlake City where the queues were as long as some of the rides! I think it must have been a good half an hour from joining the queue to getting our ice-creams. 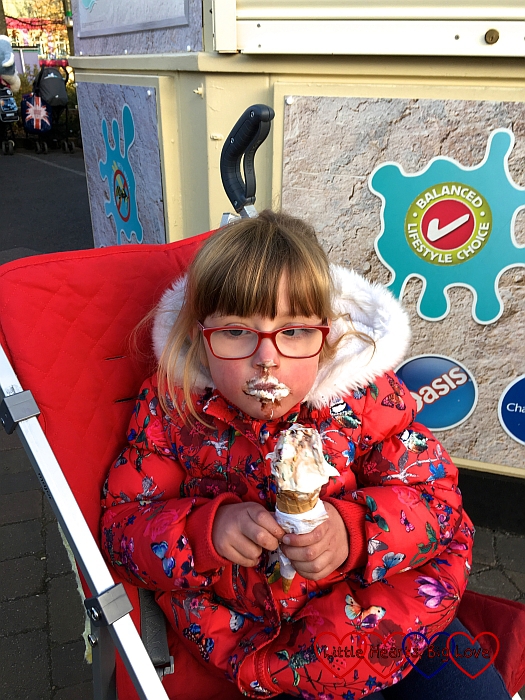 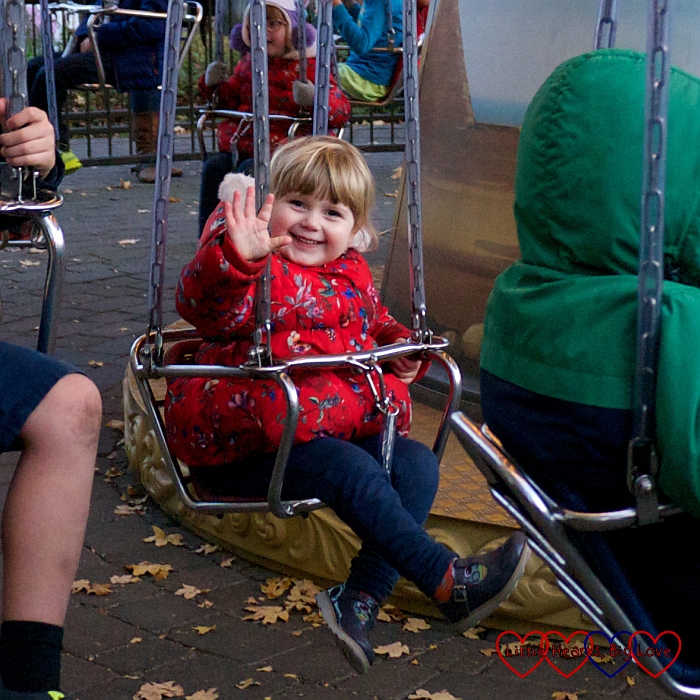 We had a couple of rides on Thunder Blazer and the Desert Chase carousel where the queues weren’t too long. The girls then wanted to go to Olivia’s House where they had fun building a wall together with the giant Lego bricks and bumped into the Lego Friends again. 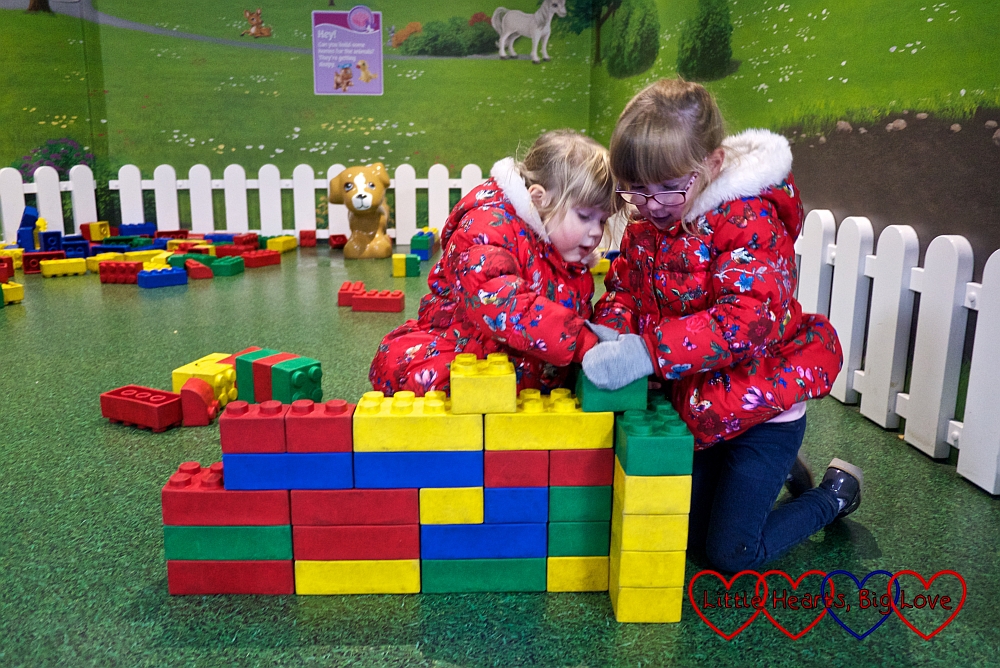 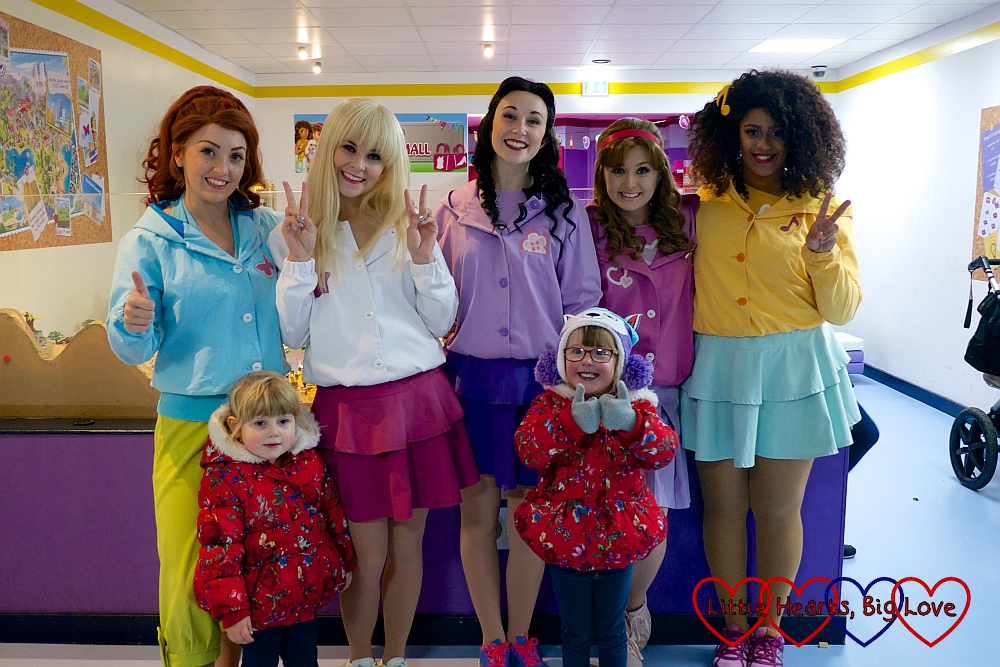 We finished off the day with a ride on the L-Drivers cars for Sophie and a ride on the fire trucks at the Fire Academy. It was a lovely way to end the half-term holiday. We didn’t go on many rides, but the girls had a wonderful day. I have to admit that it was a little too busy for my liking though and it was a little frustrating to keep finding parts of the park closed. The girls enjoyed it though which is what matters most! 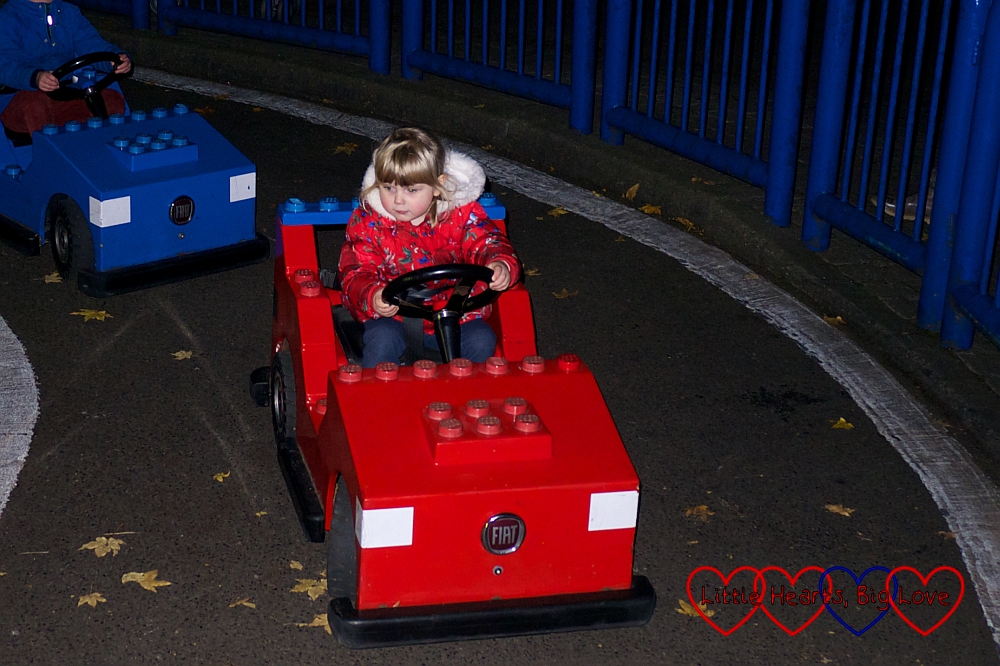