The Windsor Duck Tour is a fun way of seeing the town by land and water. The tour takes place on an amphibious yellow duck boat which drives around the town before going down the slipway into the Thames to continue the tour on water. 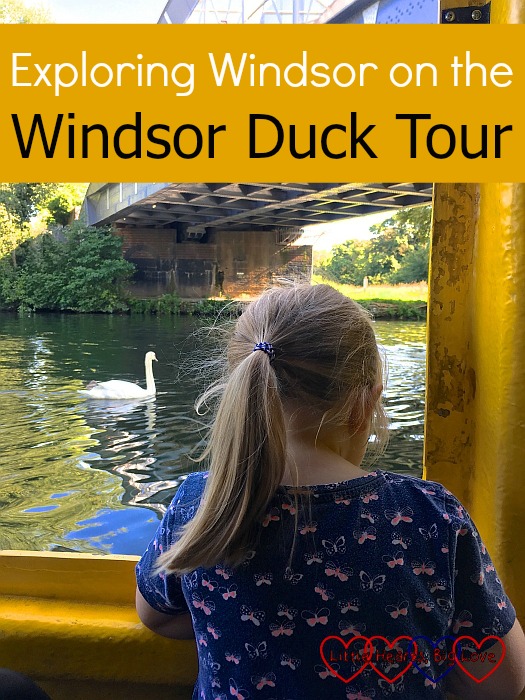 Hubby and I went on one of the London Duck Tours in 2007 and loved it. Sadly the London tours are no longer running due to their slipway being purchased by Thames Water. Windsor isn’t too far away though if you’re looking for a duck tour experience. The duck vehicles used on the Windsor tour are purpose built ones whereas the London ones were converted 1940s WW2 amphibious vehicles. 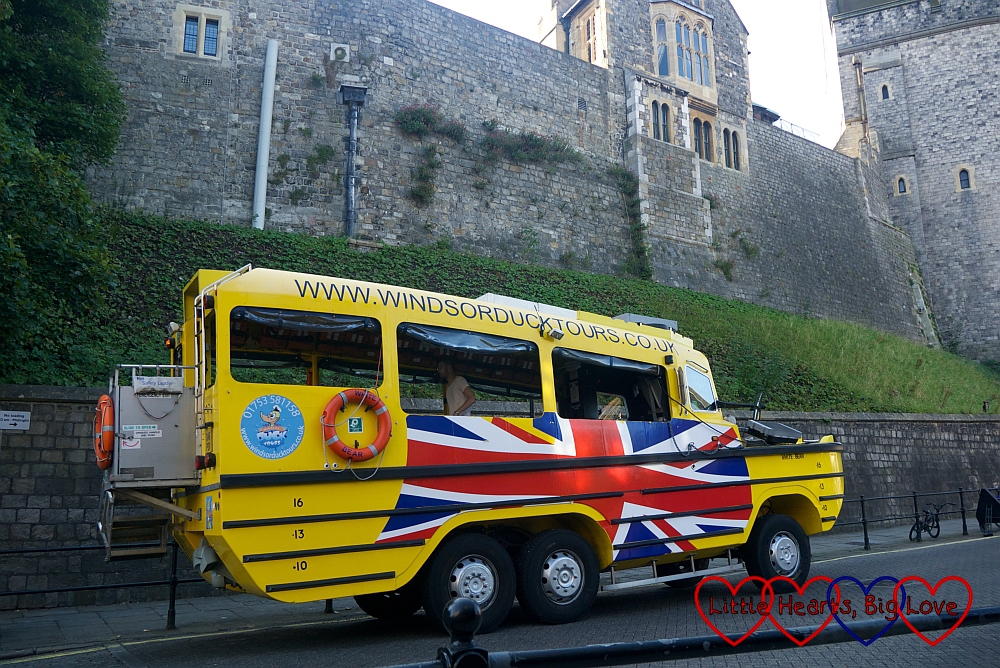 We bought our tickets via Groupon as they were half price. The downside of the Groupon voucher is that it can only be used for tours at certain times. There are also a limited number of Groupon places available for each tour. We’d originally hoped to go one weekend in August but had to go for the first Friday of September instead. 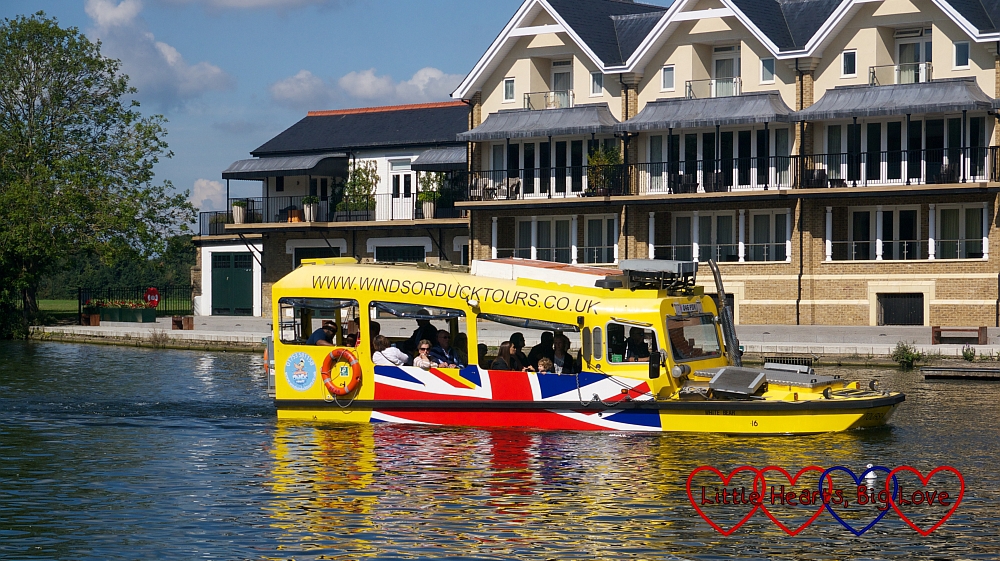 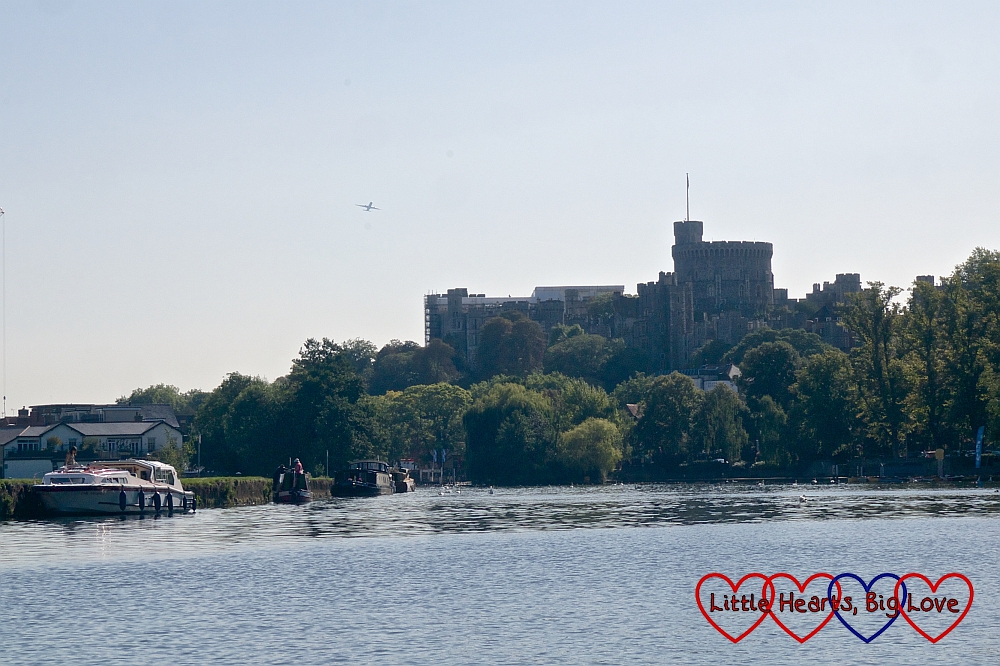 We arrived early at the bus stop outside the front of the Theatre Royal to wait for the “duck bus” as the girls called it. We didn’t have too long to wait before it arrived and we got settled in our seats ready for the tour. As well as the driver, there is also a tour guide on the bus providing a commentary throughout the tour. The commentary was quite fun and was full of interesting facts about the sights seen along the way. I learned quite a few new things as a result of it, such as the fact that Windsor Railway Bridge was designed by Brunel. 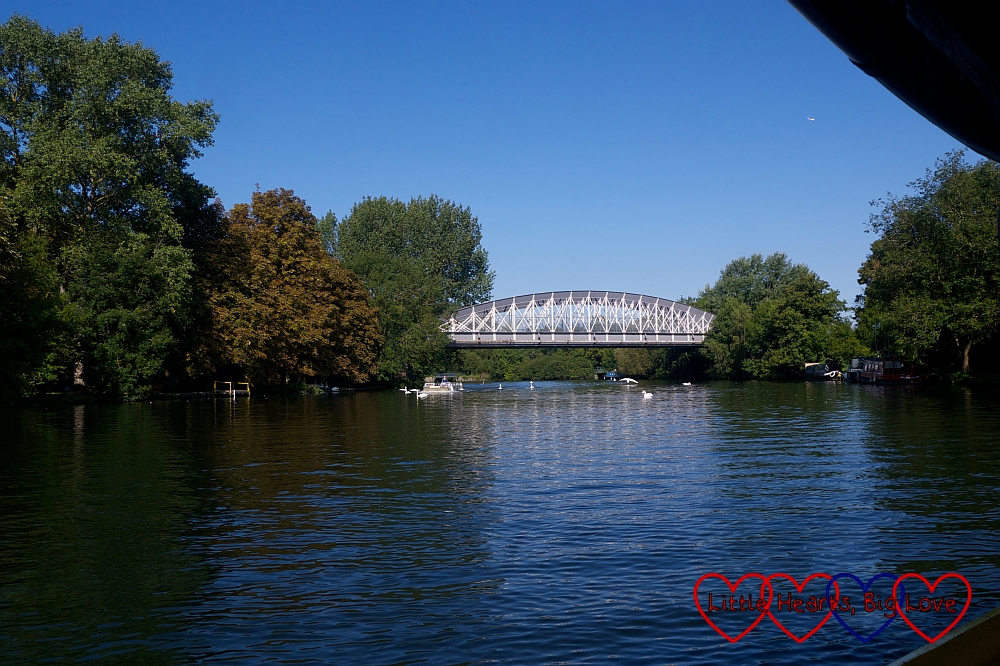 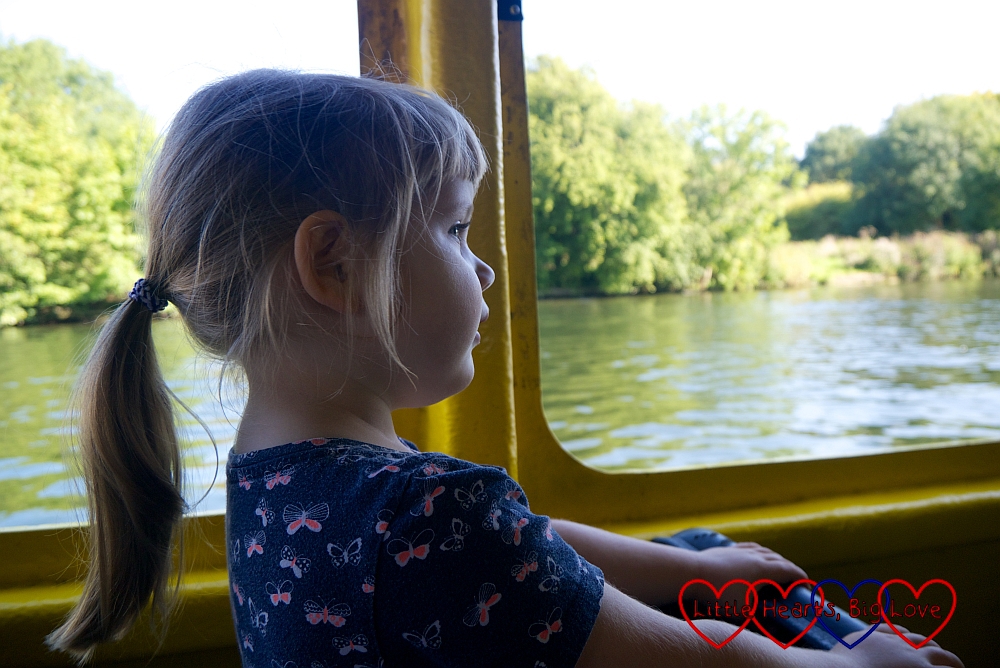 The girls enjoyed their ride on the Duck Tour. They loved the moment when the bus splashed down into the water and became a boat! They weren’t so interested in the commentary but enjoyed seeing the swans on the river and the view of Windsor Castle. 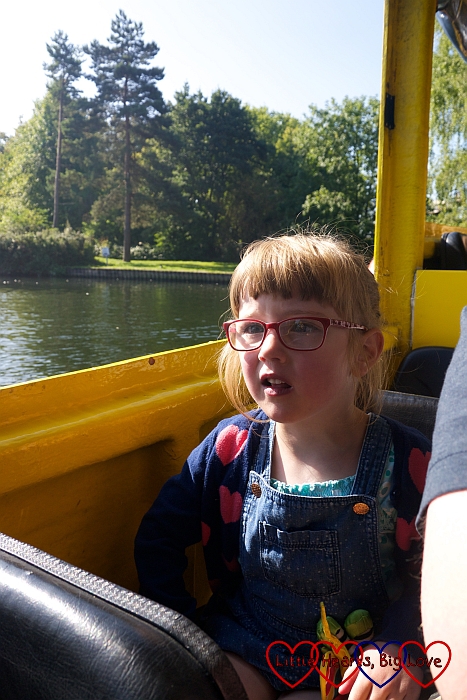 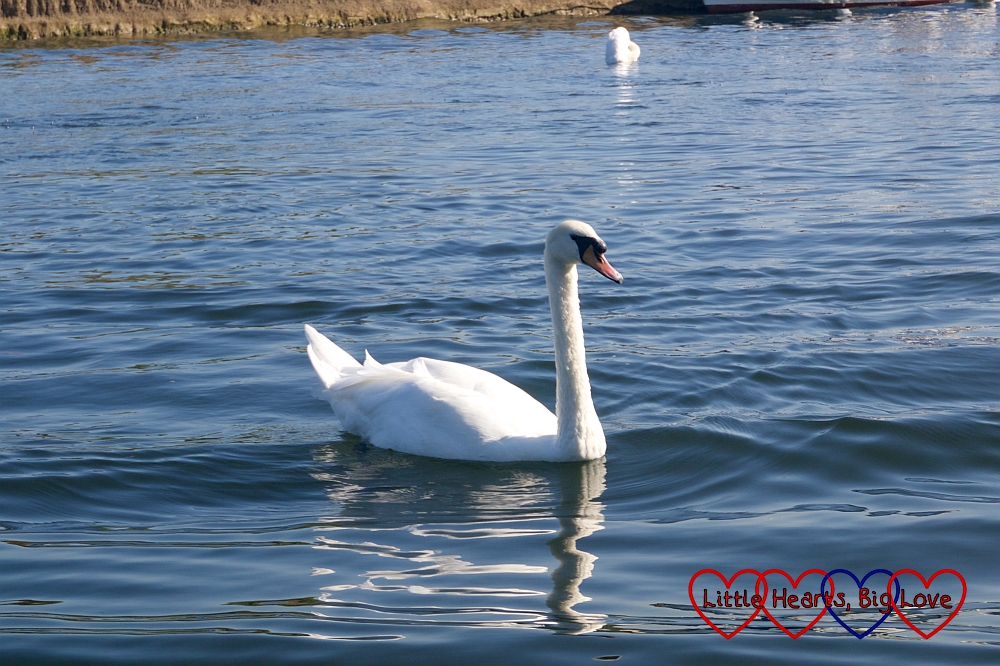 The road part of the tour wasn’t especially interesting. Other than the Jubilee Fountain, there wasn’t a lot of interest to look at en route to the slipway. To be fair, the focus on the River Splash Tour is on the views by water.  I’d quite like to do the duck tour again and do the Road River tour which includes a circular tour around the outside of Windsor Castle. 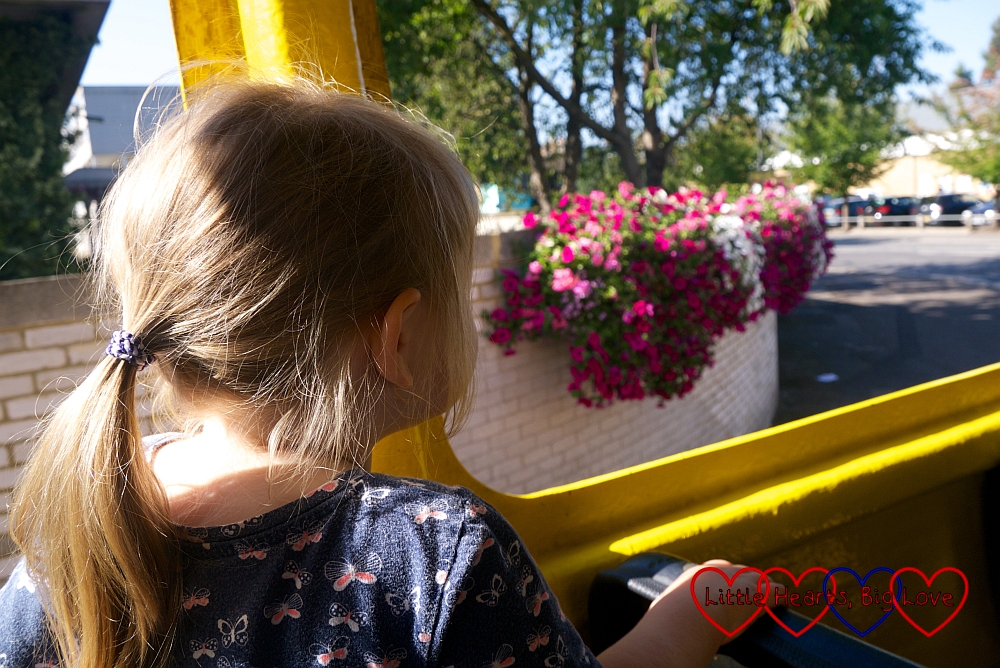 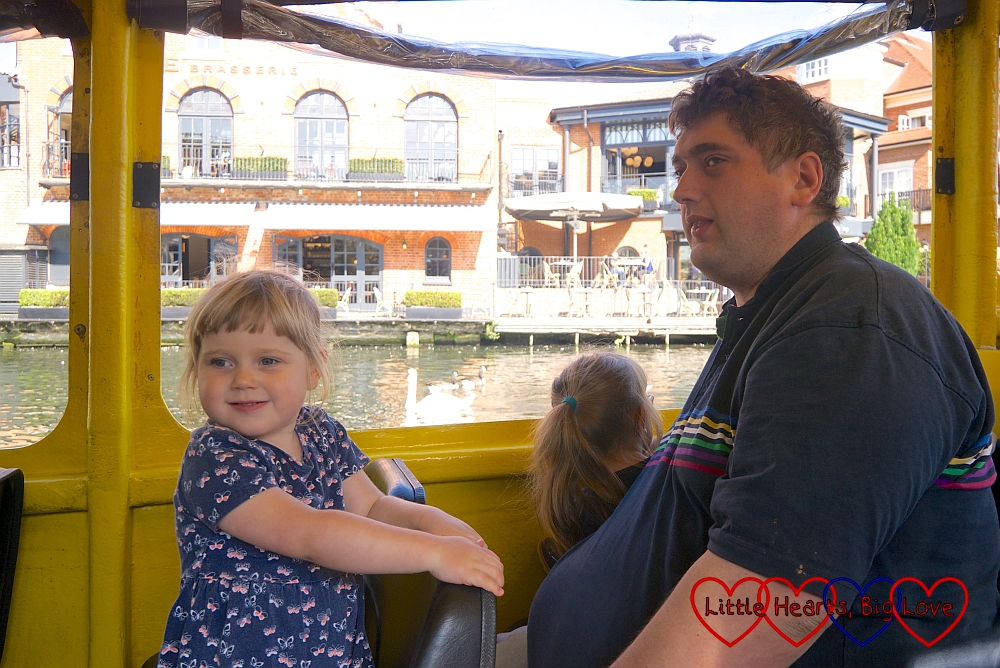 We arrived back just as the Changing of the Guard was taking place at Windsor Castle. Unfortunately we didn’t manage to get back up to the castle in time to see it. Another thing to add to the list for next time perhaps! 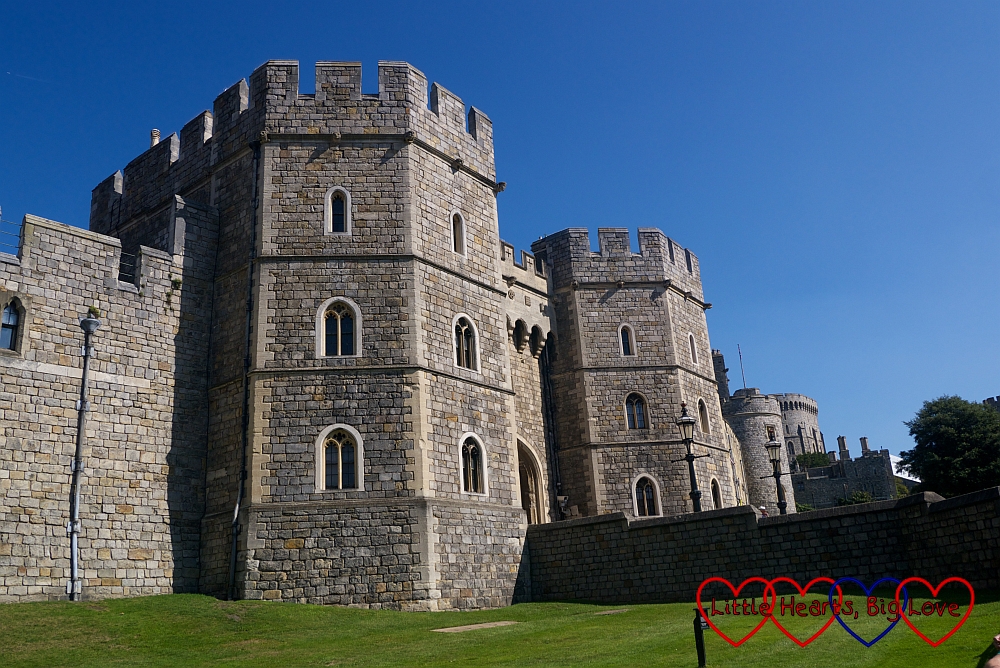 Since doing the tours we’ve spotted the “duck bus” a few times when driving through Windsor. Sophie was particularly fascinated to see it at the petrol station a couple of times. She gets a bit disappointed now if we pass that particular petrol station and the duck bus isn’t there!

27 thoughts on “Exploring Windsor on the Windsor Duck Tour”