It’s nice sometimes to break up a journey with a visit somewhere interesting. We recently stopped off to explore the ruins of Waverley Abbey on the way back from visiting my sister. 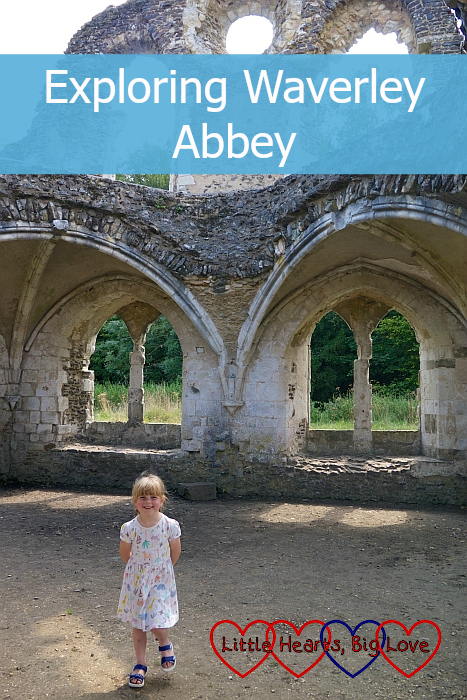 Waverley Abbey was founded in 1128 and was the first Cistercian abbey in England. Parts of it were dismantled after the Dissolution of the Monasteries in 1536. The abbey was used as a backdrop for the film version of Into the Woods. 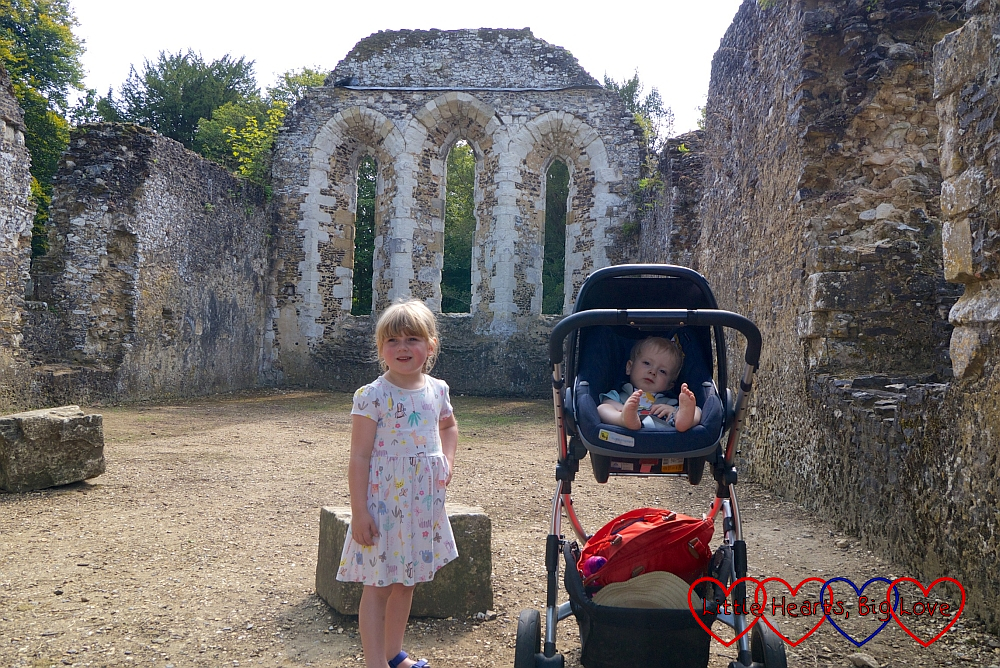 It was a pretty and tranquil spot for a wander on a summer day. The walk from the small car park takes you along the edge of a lake. We stopped for a moment to watch the swans and ducks. 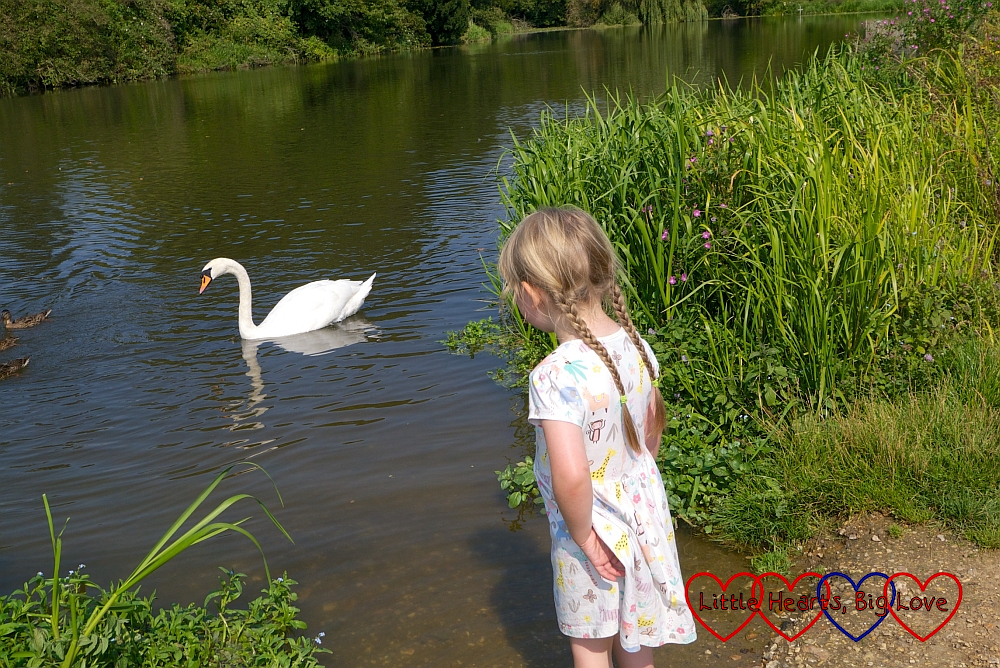 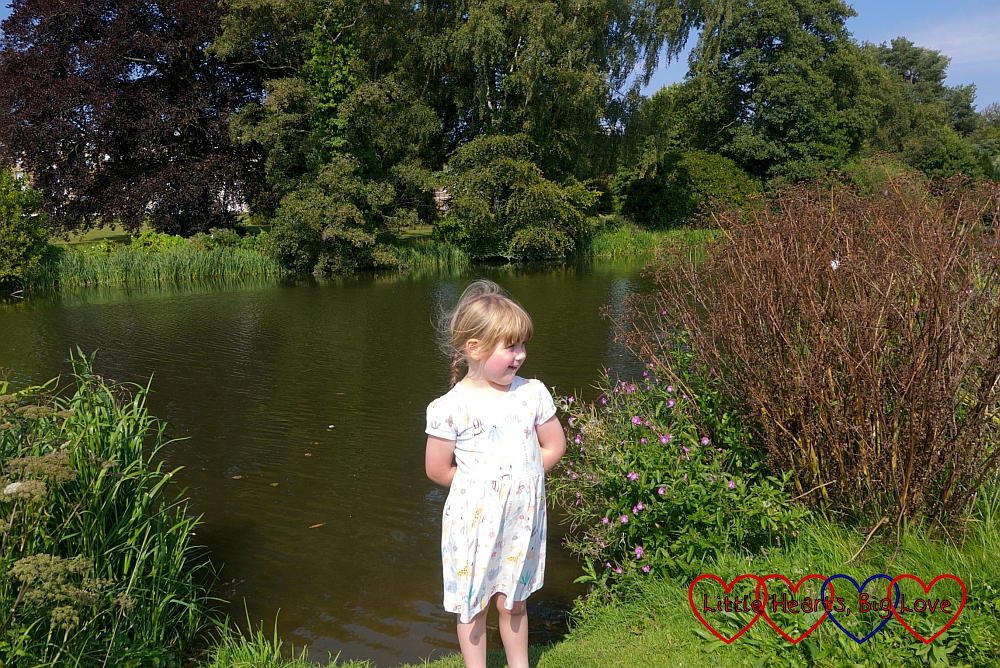 I made sure that Sophie stayed on the paths and on the short grass as there have been adders spotted around the site. She was quite wary about encountering any snakes. I have to confess I hoped that we would spot one as I don’t think I’ve ever seen an adder before. Obviously not wanting to be bitten though! We did have a good look in the long grass as could hear lots of crickets but we didn’t manage to spot any of those or any adders! 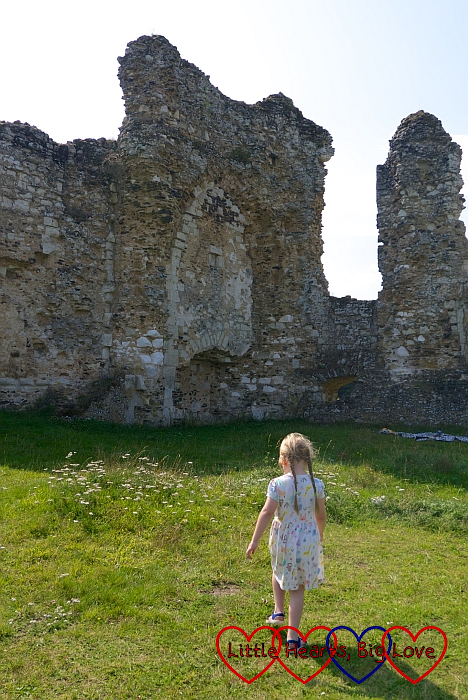 The ruins of the abbey are interesting to wander around. I couldn’t resist having a little practice run for the show and singing “How Do You Solve A Problem Like Maria?” while standing in the middle of the abbey. Sophie was quite happy to join in too! We quite often find ourselves bursting into song when out and about at the moment! 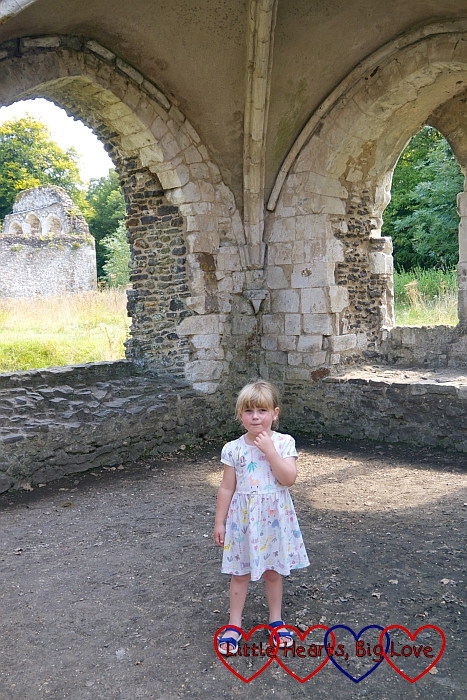 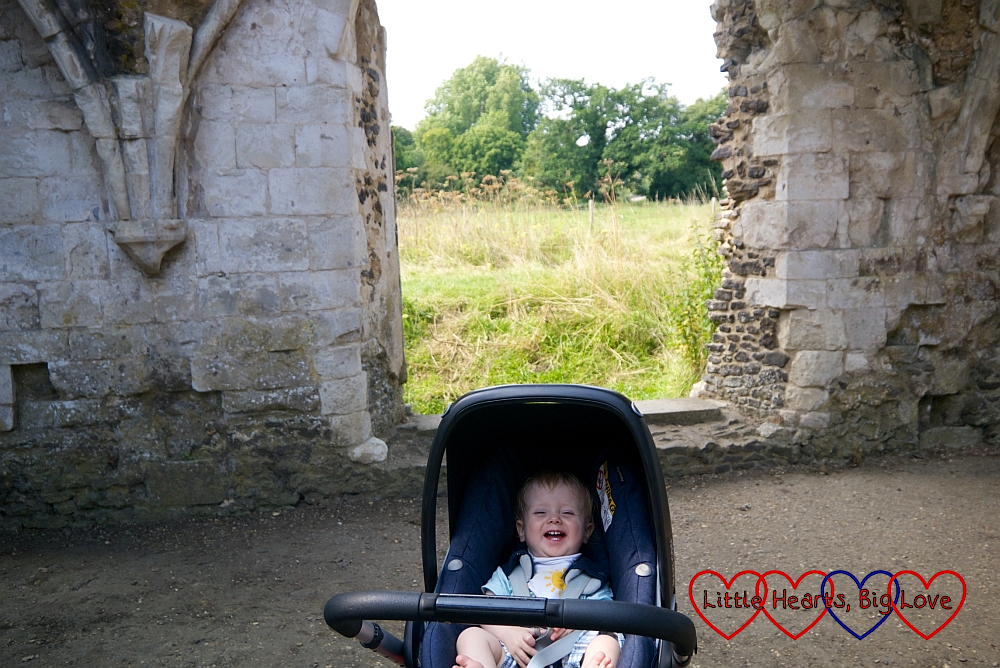 Sophie couldn’t resist a little bit of tree climbing when we reached the yew tree at one end of the abbey. The twisty branches are nice and low which made them just right for her to climb up and sit on a branch. 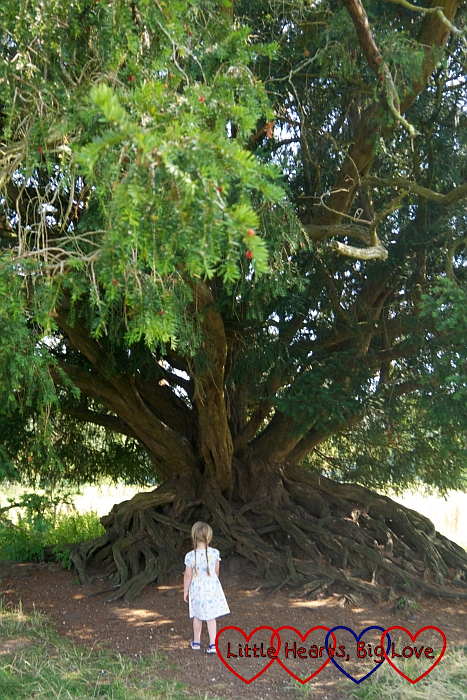 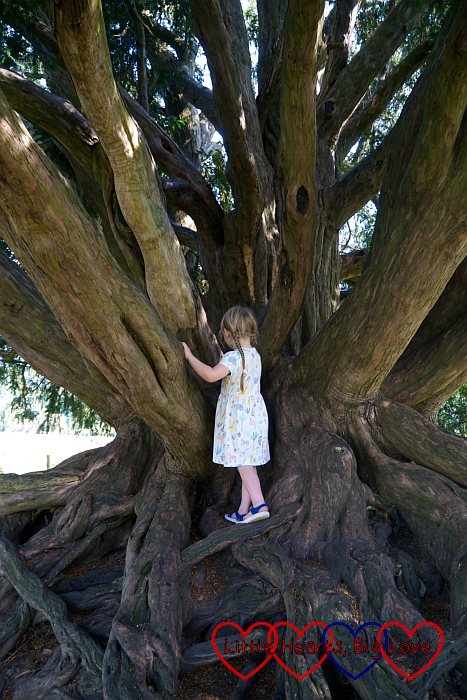 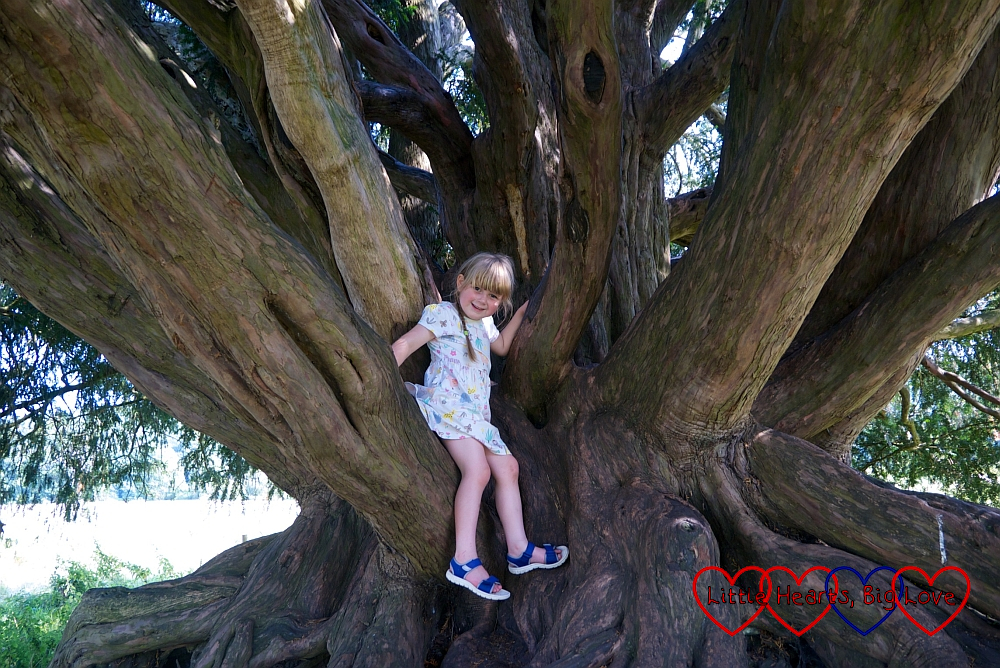 We spent about half an hour or so at Waverley Abbey. It was a good opportunity to stretch our legs and break up the car journey home. Sophie and I both enjoyed our walk and Thomas seemed to enjoy it too. He fell asleep in the buggy on the way back to the car and had a good long nap on the way home as a result! 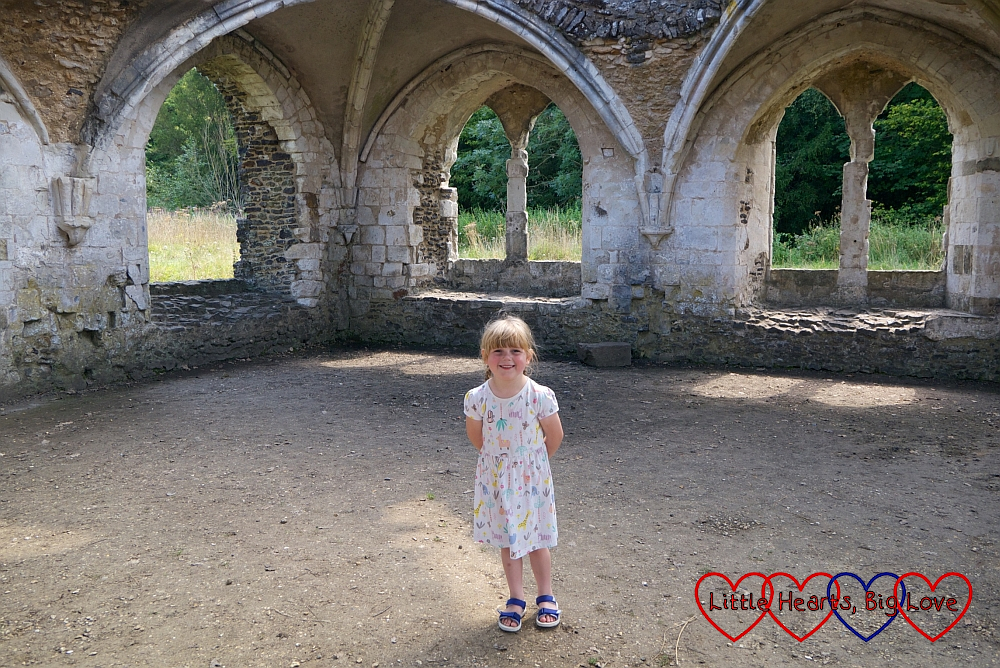 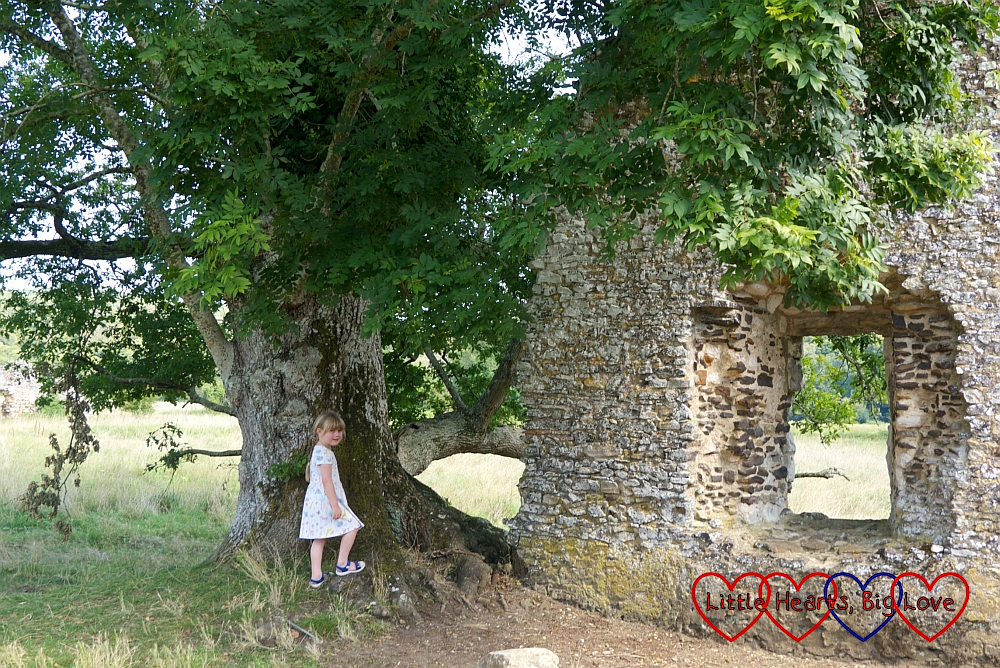 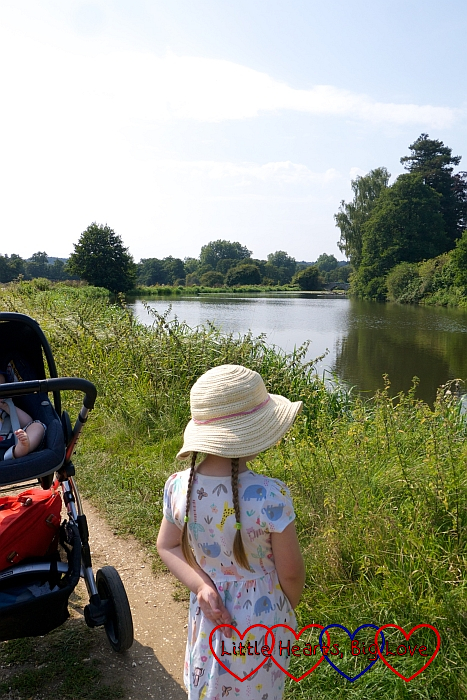 Visiting Waverley Abbey – what you need to know:

The ruins are free to visit and are open during daylight hours. There is a small car park a few minutes’ walk away from the abbey. For more information click here.