Visiting Cregneash village on the Isle of Man is like taking a trip into the past. The village, with its thatched crofters’ cottages, is described as being a living museum which gives an insight into the traditional Manx way of life.  Entry to the village and cottages costs £5 for adults and £2.50 for children over 5 (free for under 5s). 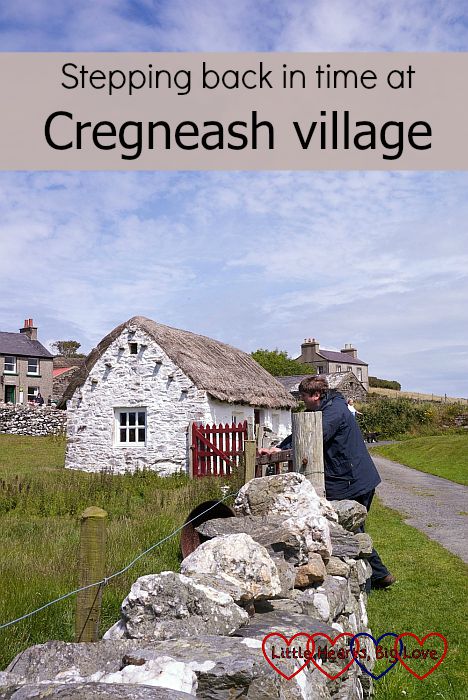 Our visit started with being shown a short film about the village followed by a wander around the exhibition describing the lives of the crofters, their main trades of farming and fishing and the village itself. Another part of the exhibition focused on the Manx language and the recordings that were made of the few elderly speakers of it to help preserve the language (which is now being revived).   I didn’t get to read as much of the information displayed as I would have liked as the girls were much more interested in chasing each other around the room! 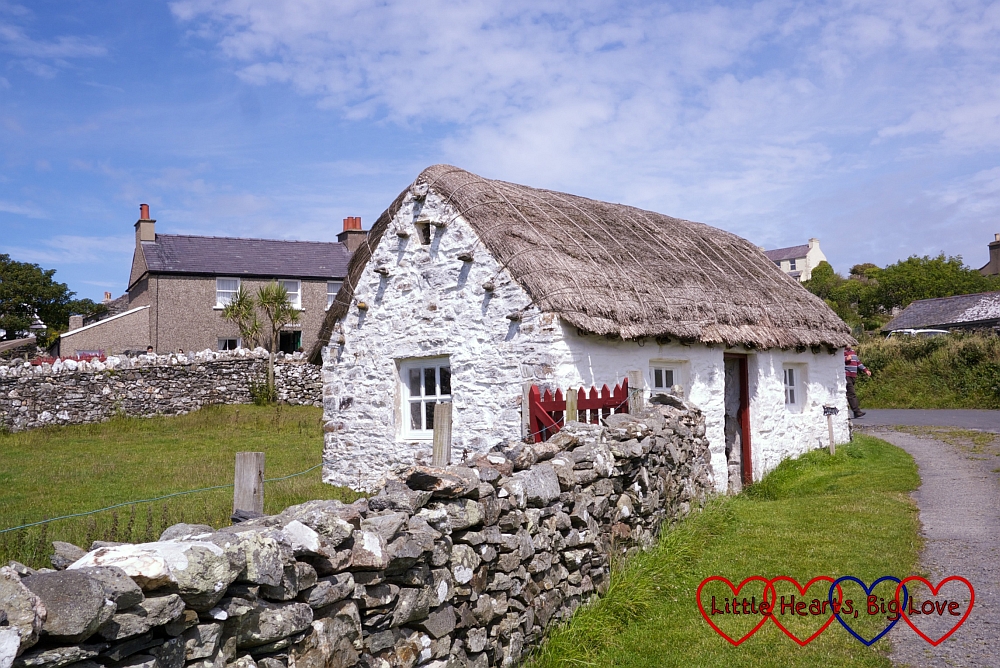 The cottages in the village give a glimpse into life as a crofter in the 19th century. The villagers in each cottage are dressed in period costume and demonstrate some of the activities that were part of everyday life. I particularly enjoyed watching one lady spinning the wool from the four-horned Loaghtan sheep that were grazing in the fields around the cottages. 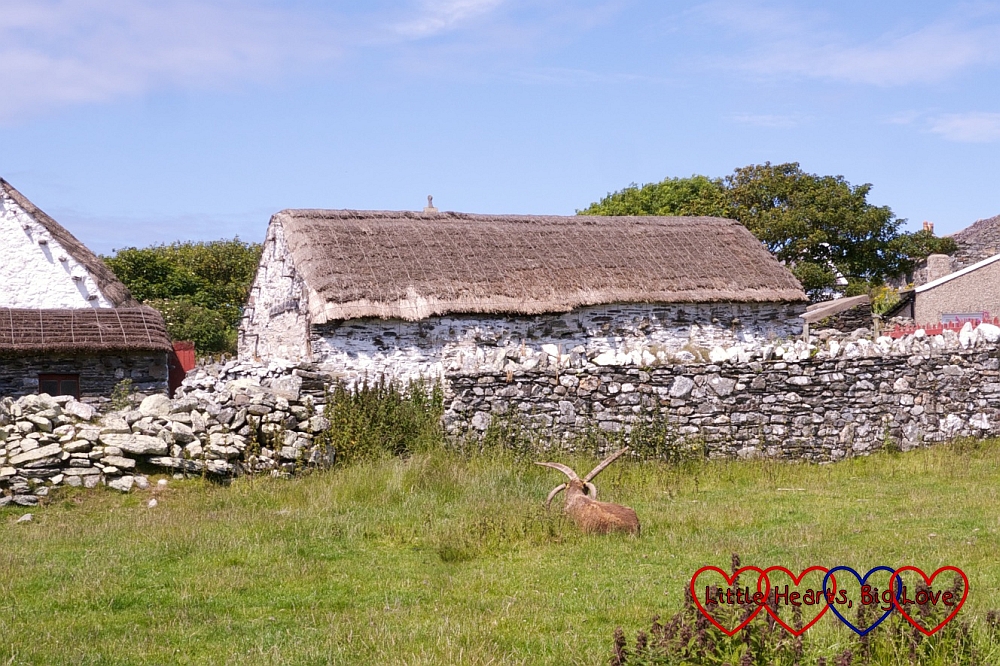 Jessica and Sophie mostly enjoyed wandering around outside the cottages and seeing the various animals in the fields – horses, cows and sheep – not to mention the Manx cats curled up by the peat fires in the cottages. 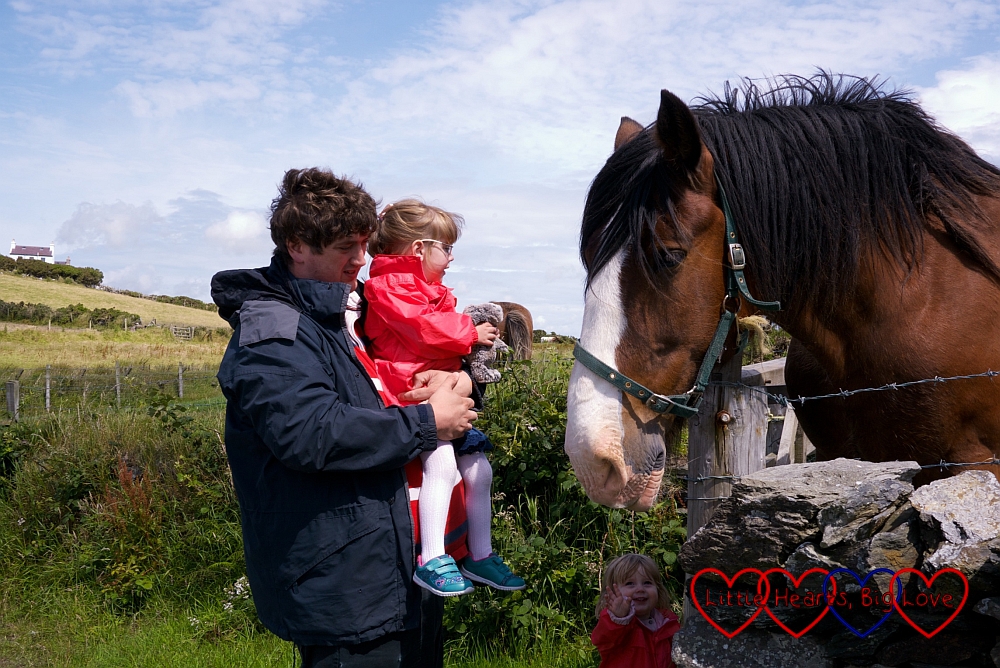 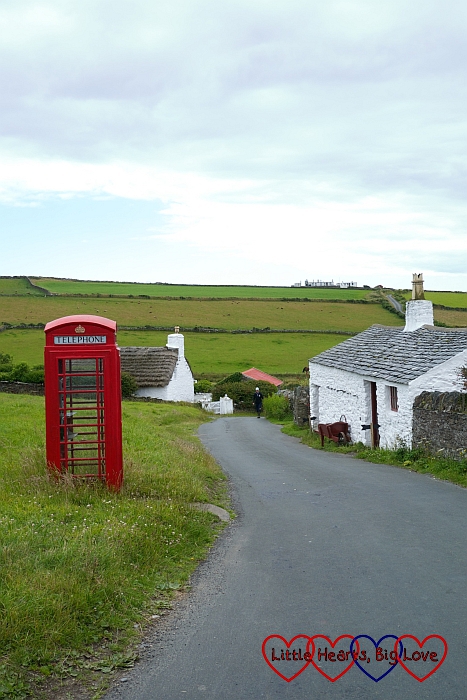 We ended our visit at the café where the girls both enjoyed an ice-cream each and I sampled some yummy bonnag – a traditional Manx fruit scone with butter spread on top.

We also visited The Sound, a scenic spot just south of Cregneash where we enjoyed views across to the Calf of Man, a tiny island off the coast of the Isle of Man. It was a great place to see seals – there were lots of them sunbathing on the rocks of Kitterland, a small rocky islet between the Isle of Man and the Calf of Man. It was a shame I didn’t have my zoom lens with me as I would have loved to have taken some photos of them. 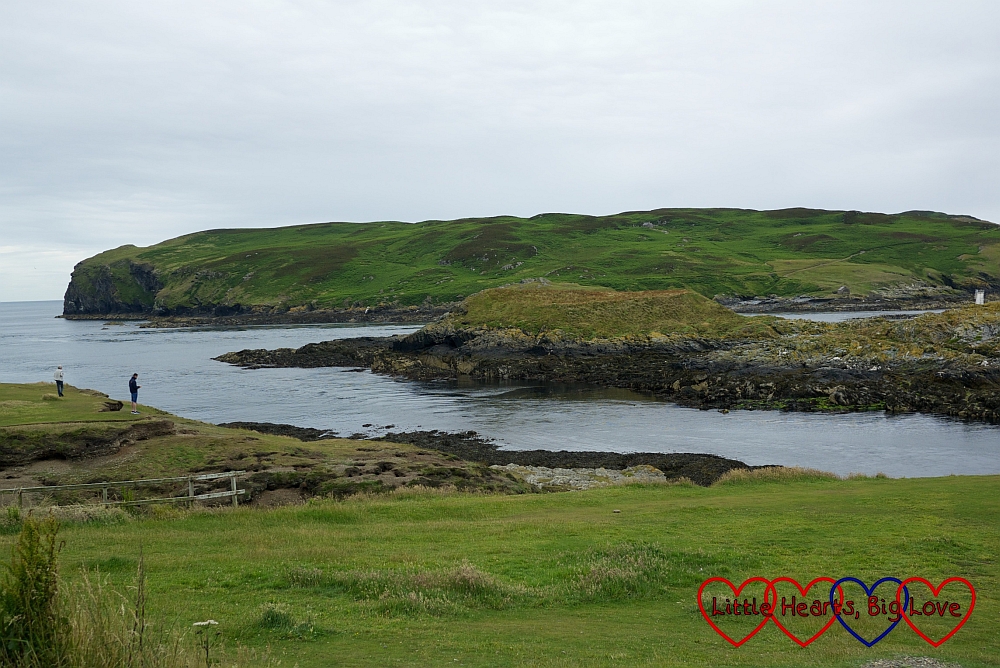 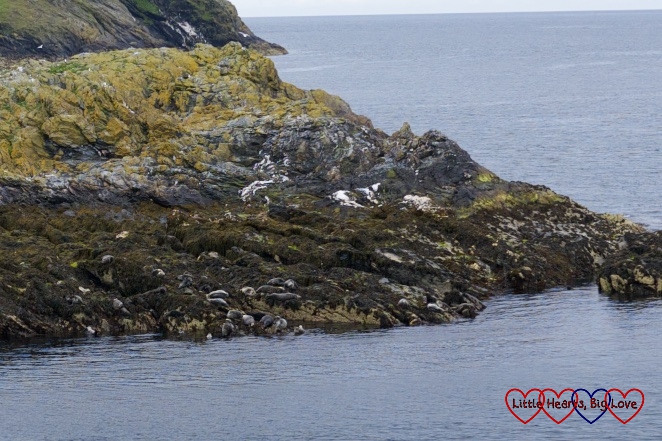