My girls have been enjoying time with cousins from both sides of the family. Some are more distant cousins than others but it’s generally easier just to refer to them all as just “cousin” rather than be more specific.   Cousin relationships often seem quite confusing and thanks to my interest in genealogy, I’m often the person in my family who gets asked to clarify what the specific relationship is. Working out the degree of cousinship though is actually fairly straightforward so if you’re someone who gets confused by it, read on and hopefully all will be made clear. 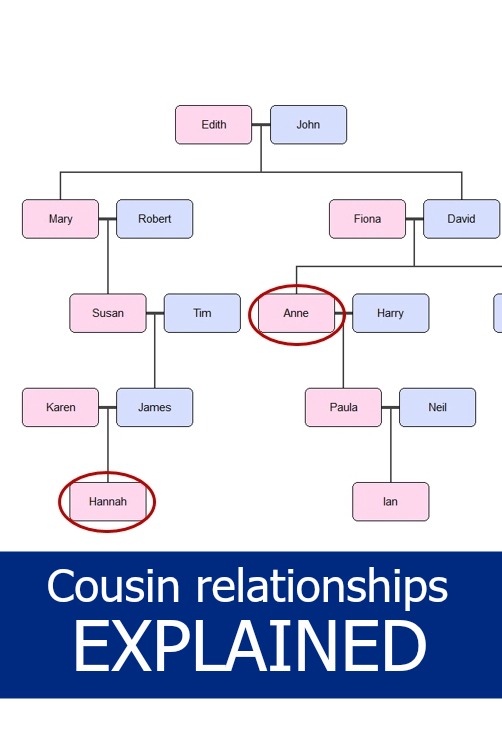 1) First of all, you need to work out who your shared ancestor is. For example in Figure 1 below, Susan and George share the same grandparents – Edith and John. 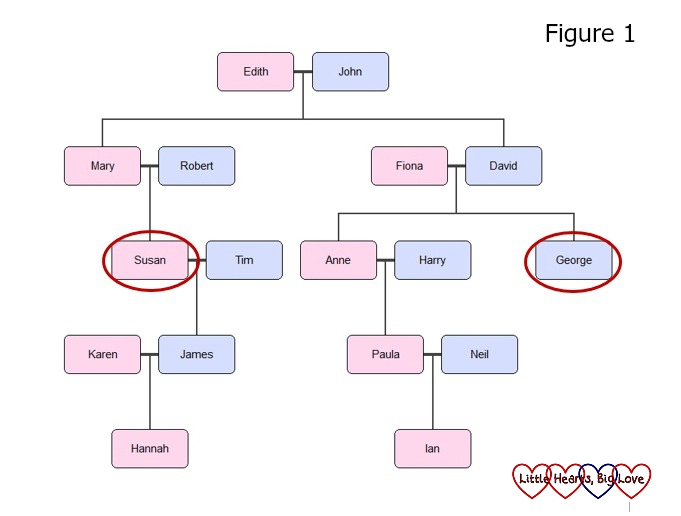 2) The degree of cousinship is the same as the number of “G’s” in the closest shared ancestor. As Susan and George share Grandparents, they are first cousins.

3) In Figure 2, Edith and John are the Great-Grandparents of Paula and Karen. 2 G’s so they are second cousins. 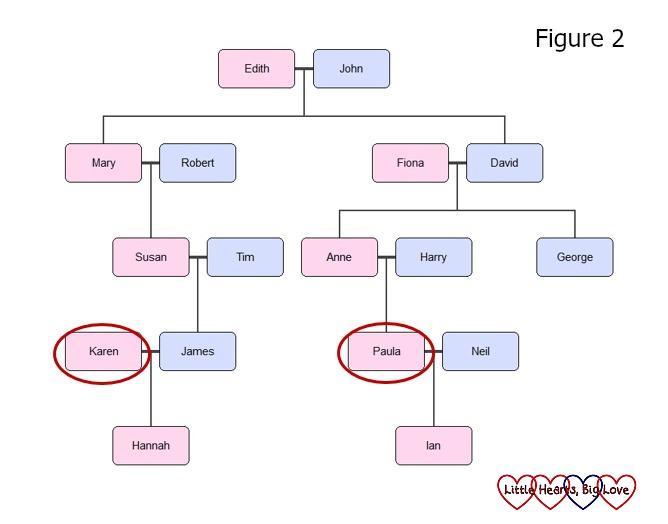 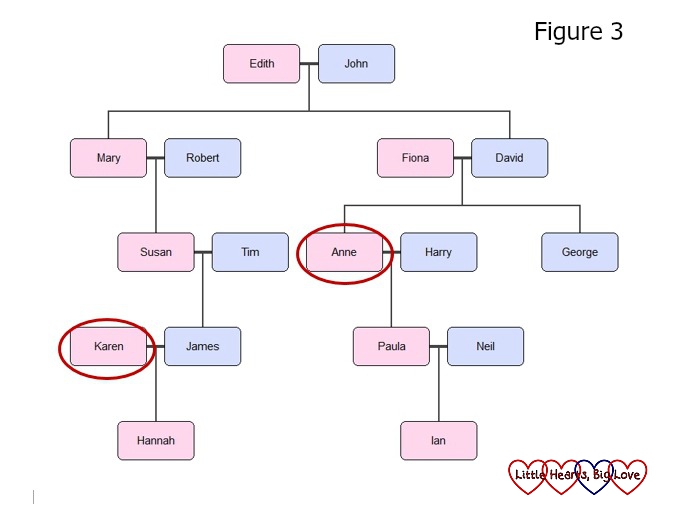 In Figure 4, Edith and John are Anne’s Grandparents and Hannah’s Great-Great-Grandparents. The closest link is from Anne – one G again and the two cousins are two generational lines apart so they are first cousins twice removed. 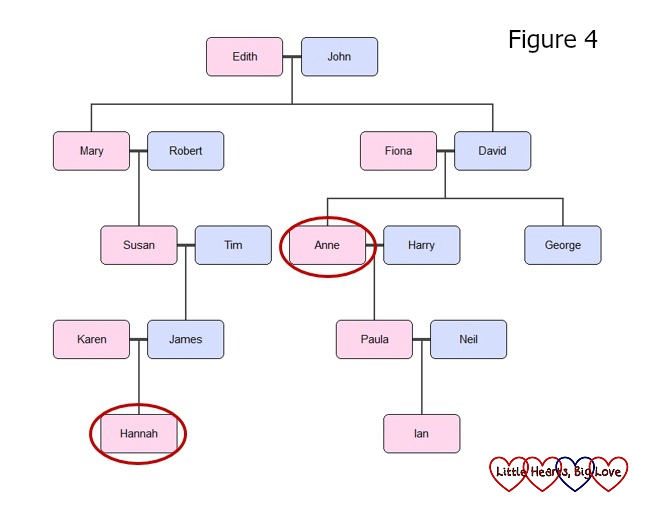 One more example to help clarify is shown in Figure 5. Again Edith and John are the shared ancestors – they are Paula’s Great-Grandparents and Hannah’s Great-Great-Grandparents. The closest link is from Paula – two G’s and the two cousins are one generational line apart. They are therefore second cousins once removed. 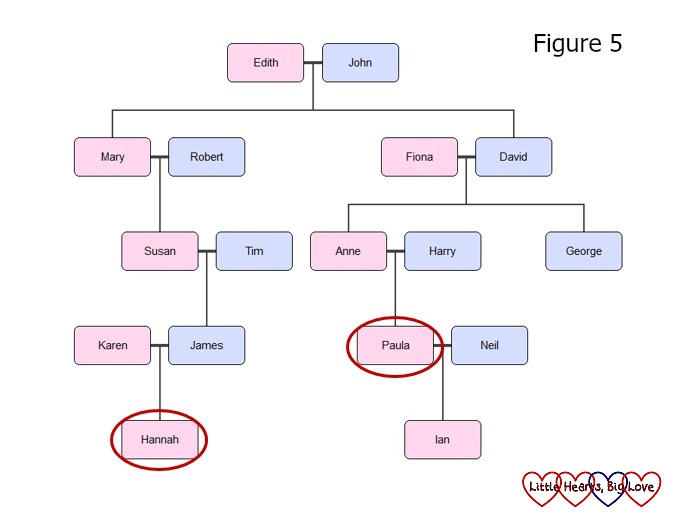 If you’re getting confused by the above, the table below also gives a guide to working out cousin relationships which may also help to clarify these.

5) You can also get what are known as ‘double cousins’ – this is when the cousins share two sets of common ancestors due to two sets of siblings marrying. Figure 6 shows an example of this. David and Mary are siblings, as are Robert and Fiona. Susan and George therefore share two sets of grandparents – Edith and John and Alice and William which makes them double cousins. 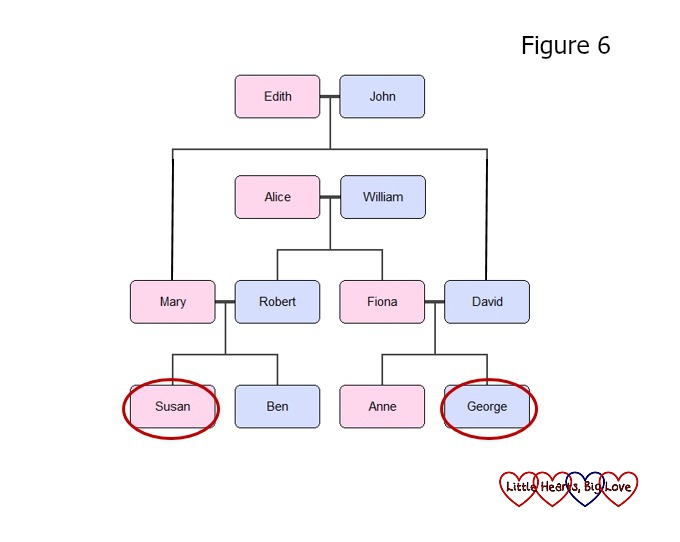 Of course, it is often easier just to refer to ‘distant cousins’ but if you ever want to work out more specifically what the cousin relationship is, hopefully this guide has helped you to do so.