Last weekend, several of Jessica’s uncles and her cousins ran in the Great South Run to raise money for Little Hearts Matter in memory of Jessica. My brother Adrian and my sister’s ex-partner Pete had both run before but for my other brother Peter and my nephews Jamie and Lee, it was their first time taking part. Hubby was away, but Sophie, Thomas and I were there to cheer them all on. 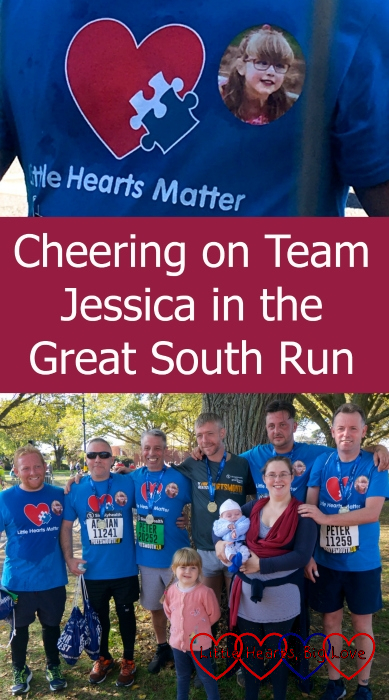 I knew parking might be a challenge, so I decided to leave my car at my mum’s house and take the train down to Portsmouth Harbour. Mum, my sister Maxine and my brother-in-law Mick came with us on the train. It was Thomas’s first train ride – not that he took much notice as he was fast asleep in the sling the whole time! Sophie loved being on the train though – it was much more fun for her travelling this way than being in the car! 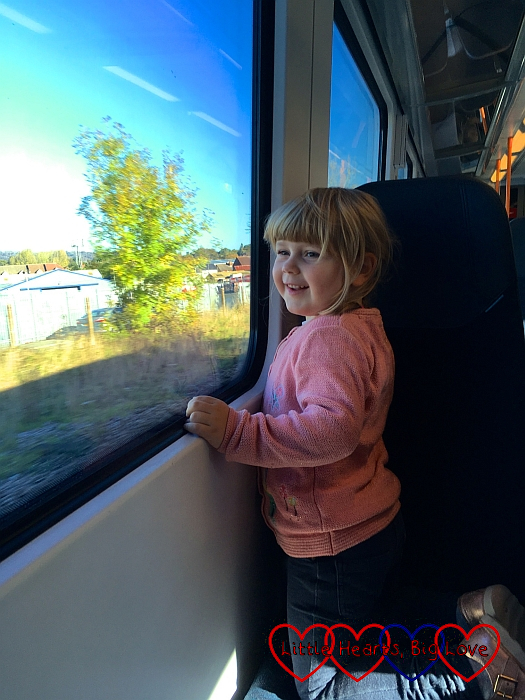 Seeing HMS Warrior outside the train station when we arrived brought back memories of school trips for me. It’s been a long time since I last took a train to Portsmouth Harbour. 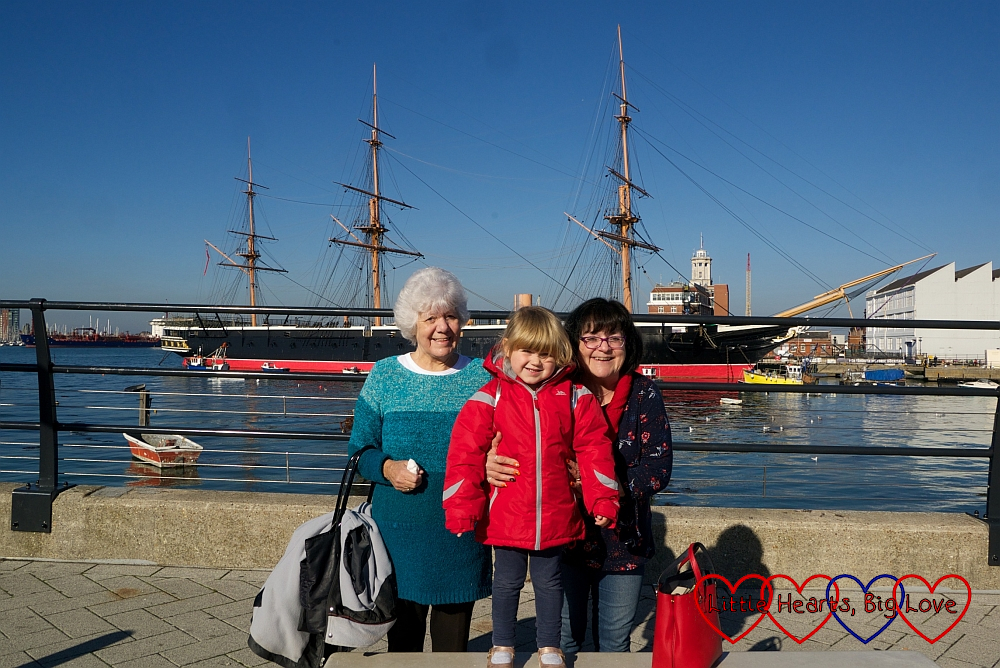 We made our way through Old Portsmouth, past all the runners going in the opposite direction, and keeping a look out for Team Jessica. The first member of our team to go past was a bit of a surprise as we spotted my nephew Wayne wearing a black wig. It turned out that he’d taken his partner Rachael’s place in the Great South Run at the last minute.

The rest of Team Jessica in their blue Little Hearts Matter T-shirts with a photo of Jessica on the front weren’t too far behind. I got quite emotional seeing them all go past and cheering them on. 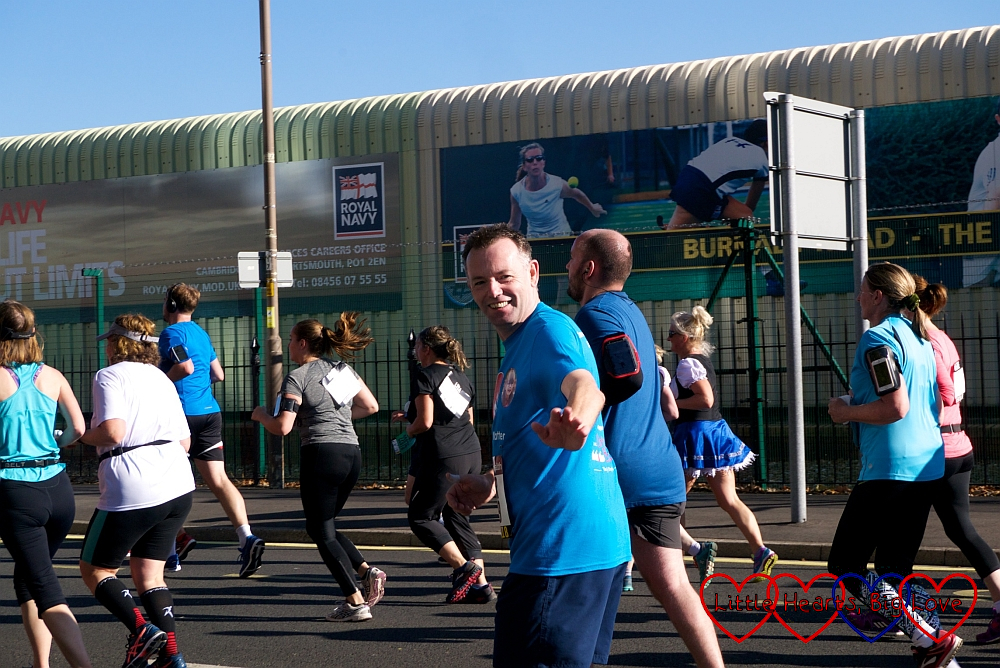 Sophie enjoyed seeing all the runners in novelty costumes. We spotted Wally from Where’s Wally, Superman, Wonder Woman, Father Christmas and two runners inside a model of HMS Victory. 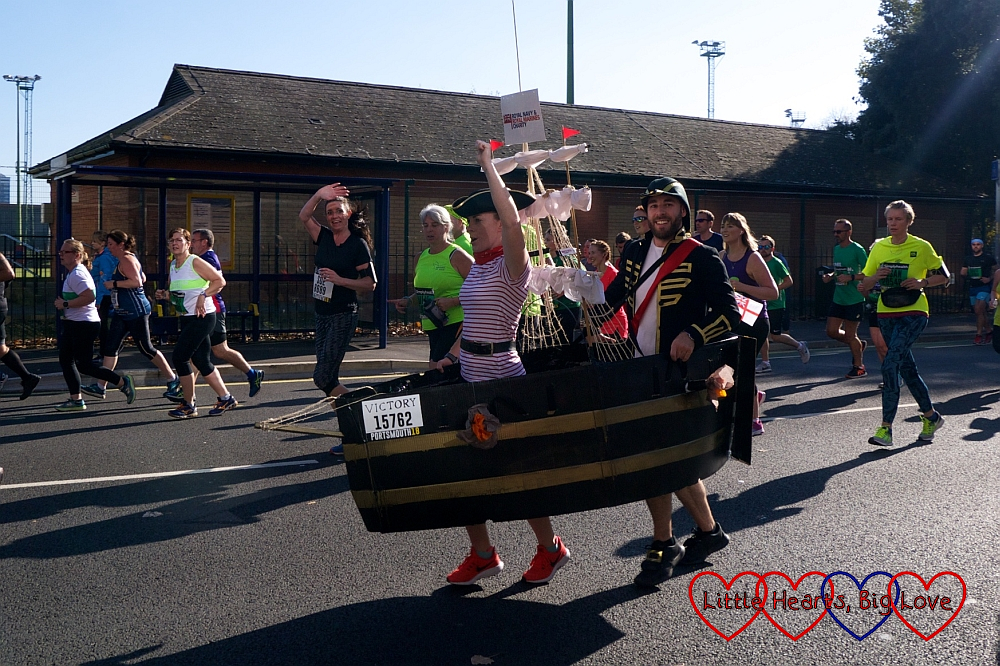 As we reached Southsea seafront, Sophie noticed that one member of our group had disappeared.

“Do you mean Uncle Mick?”

It did make us giggle to hear Uncle Mick referred to as “our man.” He rejoined us a few minutes later.

Sophie has been keen to visit the beach. She and Auntie Maxine sat on the shingle and enjoyed the warm sunshine. It felt more like early September rather than mid October. Sophie found a couple of shells on the beach to take home with her. I couldn’t help remembering our last day at the beach – a brief moment visiting the beach at Shanklin on our last holiday with Jessica. I could see the Isle of Wight across the Solent. It made me feel sad thinking about that very last holiday. 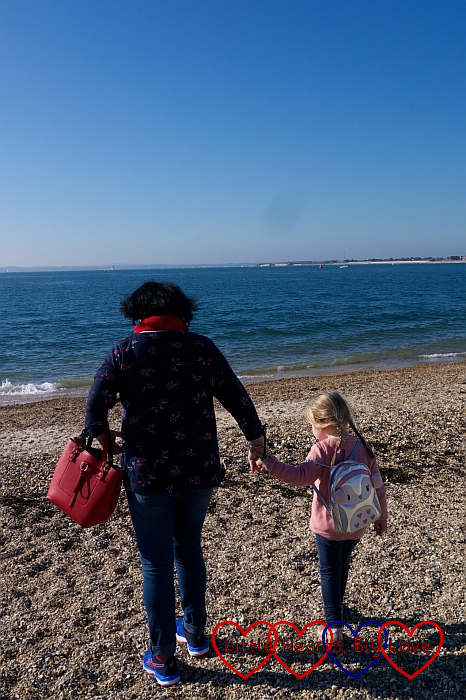 Sophie was enjoying herself though even if I was finding the memories painful. It was the perfect opportunity for her to wear her new sunglasses that Jessica’s optician had given her. It was also a good place to stop and have our picnic lunch. 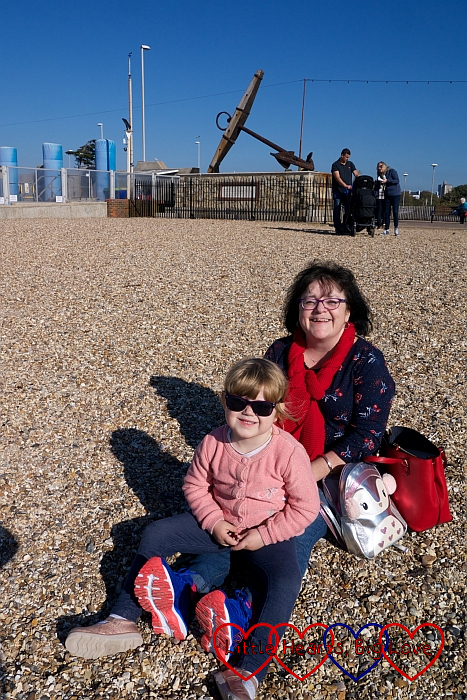 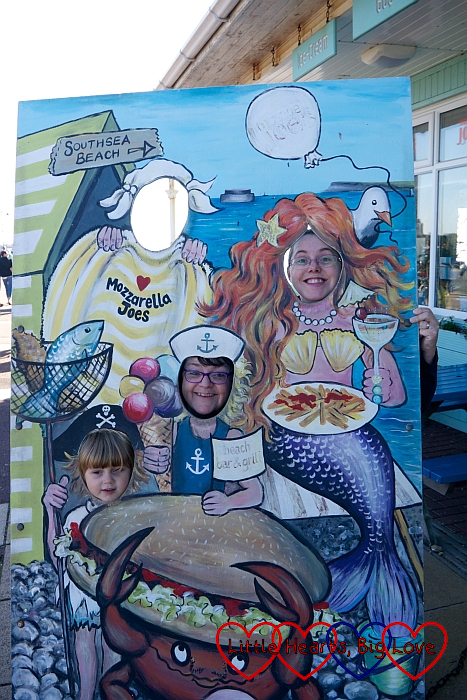 After we’d had lunch, we continued along the seafront towards the finish line ready to catch Team Jessica at the end of the race. Wayne was the first to finish coming in at 1 hour and 40 minutes. Uncle Peter was next, followed by Uncle Pete, Lee, Uncle Adrian and Jamie. 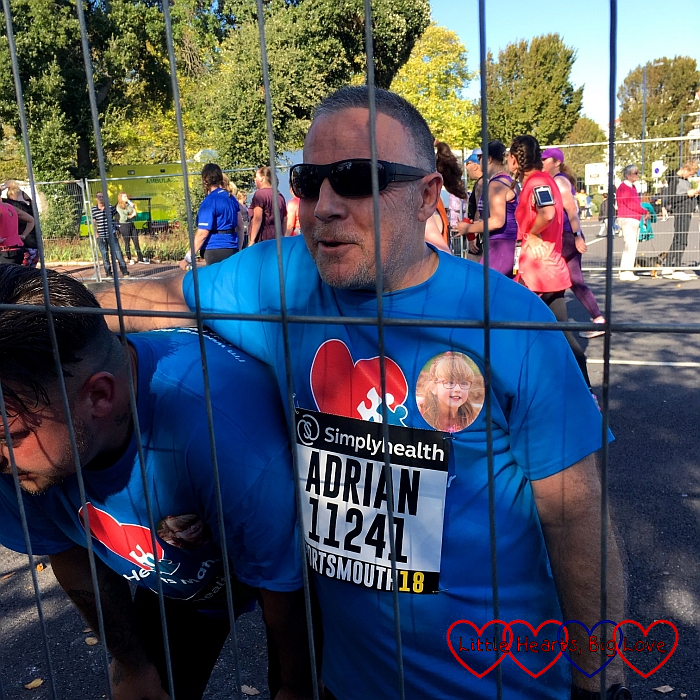 They all did so well and I was so proud of them all for taking part in memory of my beautiful girl. It meant so much to me to have them do something like this for her. 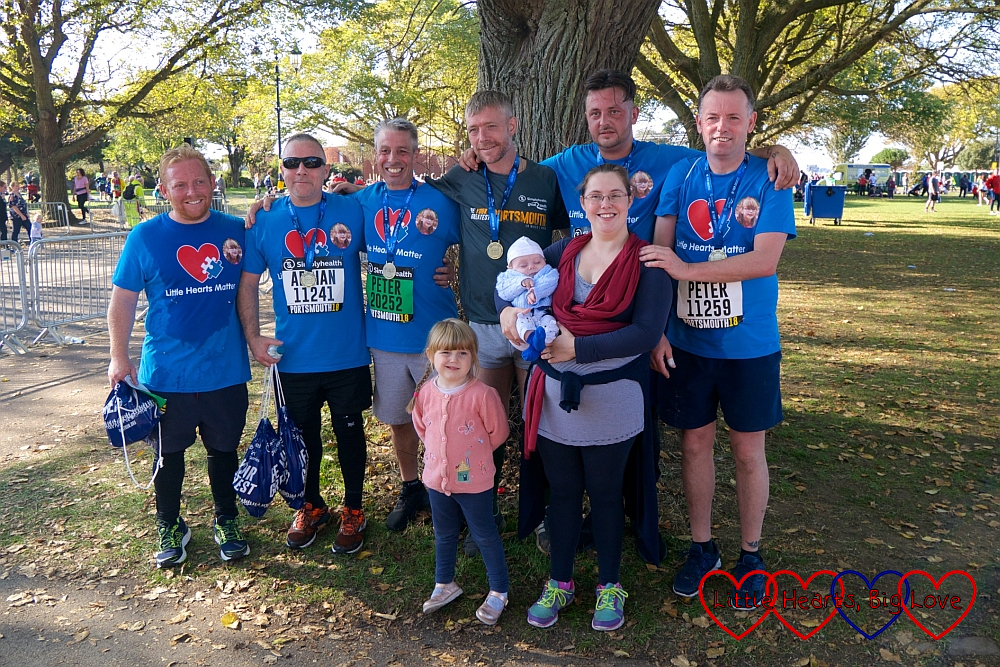 Thomas also got to meet some of his aunties, uncles and cousins for the first time. He was quite happy being passed around for cuddles. 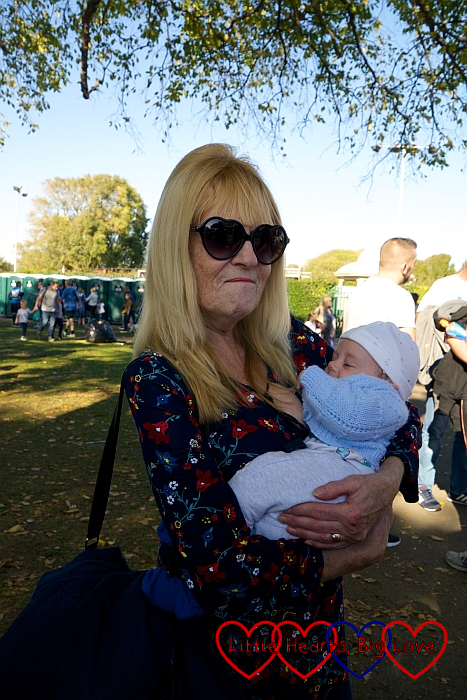 We stopped off at a nearby pub afterwards for some well-deserved celebratory drinks. Uncle Adrian gave Sophie his medal to keep. We will put it in Jessica’s memory box. 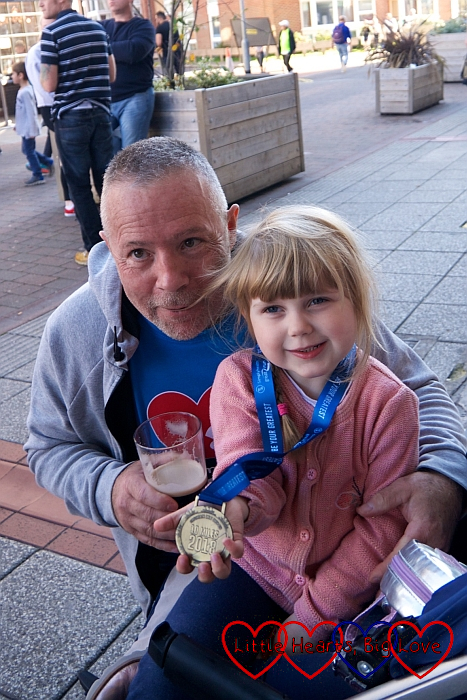 We made our way back to the station via the amusement arcades and the fairground. Sophie wanted to have a ride in the Peppa Pig bus outside. Uncle Adrian couldn’t resist joining in too! 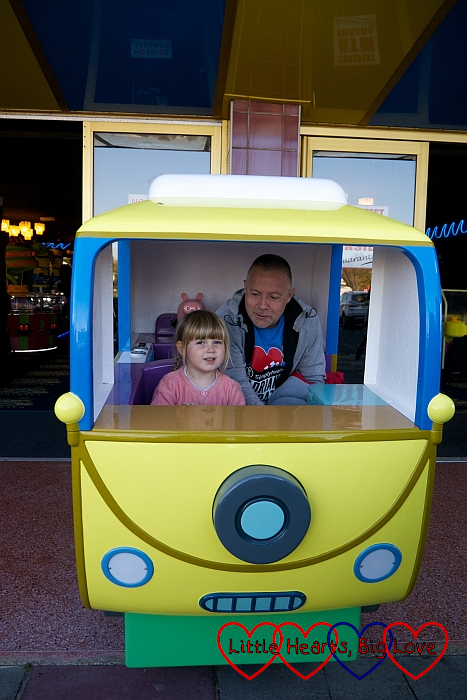 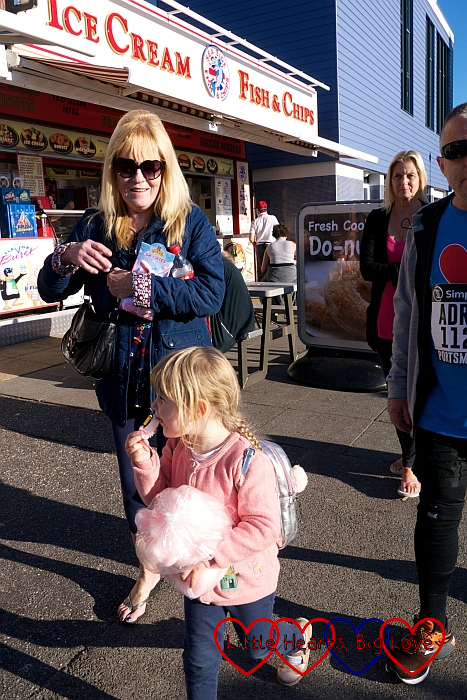 The walk back to the station took us past Gunwharf Quays and the Spinnaker Tower. We said goodbye to Uncle Adrian, Auntie Julie and their friends Sue and John at the Gosport ferry terminal. 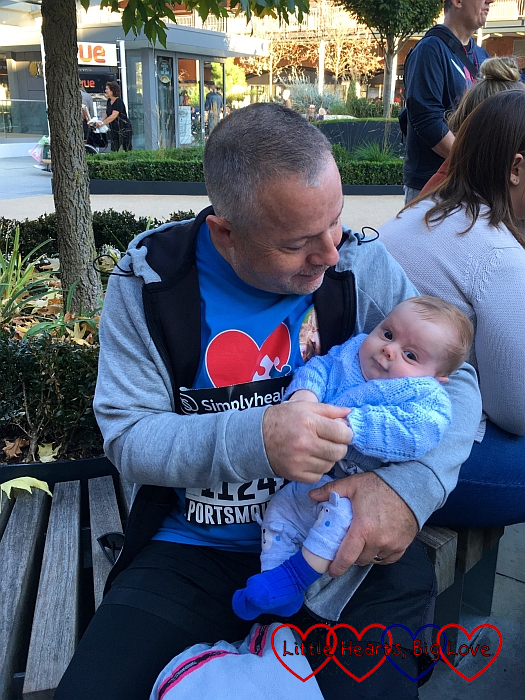 It was a lot of walking for little legs. Sophie was quite tired by the time we were back on the train. I was so proud of how well she coped with all the walking though. We walked 7 miles that day according to my phone. Other than a brief stint in her cousin’s buggy and a few minutes on Uncle Mick’s back, Sophie walked the whole time. She’s a good walker generally but I was impressed that she managed so much of it without complaining. 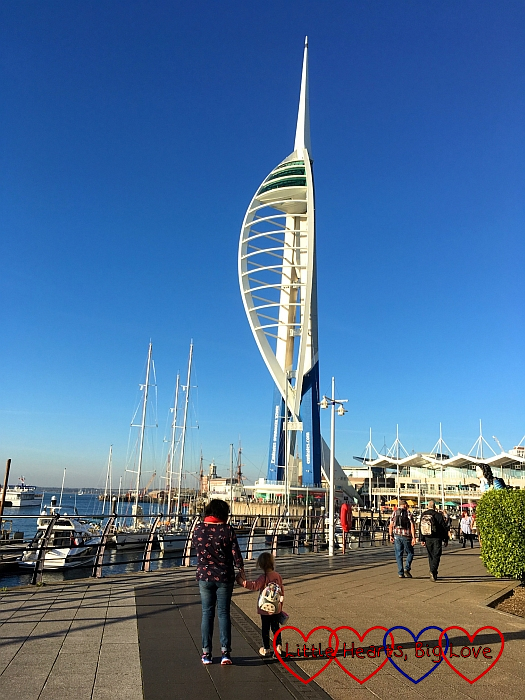 Team Jessica also did us proud too. I think they’ve raised a good amount for Little Hearts Matter. The JustGiving page has hit its target and there are also a lot of offline donations. Thank you to all my family who ran in memory of Jessica and to everyone who has supported them too.