With Daddy being away on Sophie’s birthday, I decided against organising a birthday party and instead opted for a bit of an “open house” instead so that everyone who wanted to could pop in and wish Sophie a happy birthday. We had visits from Grandma, Grandad, Auntie Marls and the girls’ friends H and E in the morning but by early afternoon, the girls were starting to get cabin fever. The weather was sunny and clear and as exciting as the new toys were, the attraction of the great outdoors was stronger. We weren’t expecting any more visitors after the arrival of Nanny, Auntie Fizz, cousins Ebony and Erin and Ebony’s friend J, and so once everyone had been fed and watered, we decided to make the most of the nice weather and take a trip to the park. 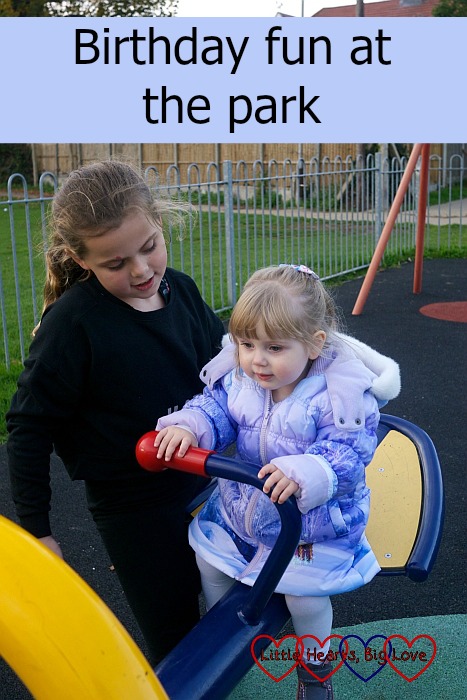 Having five extra pairs of hands made it a lot easier as the girls wanted to take their dollies’ buggies to the park – trying to do it by myself and keep two children and two buggies on the pavement can be somewhat challenging! 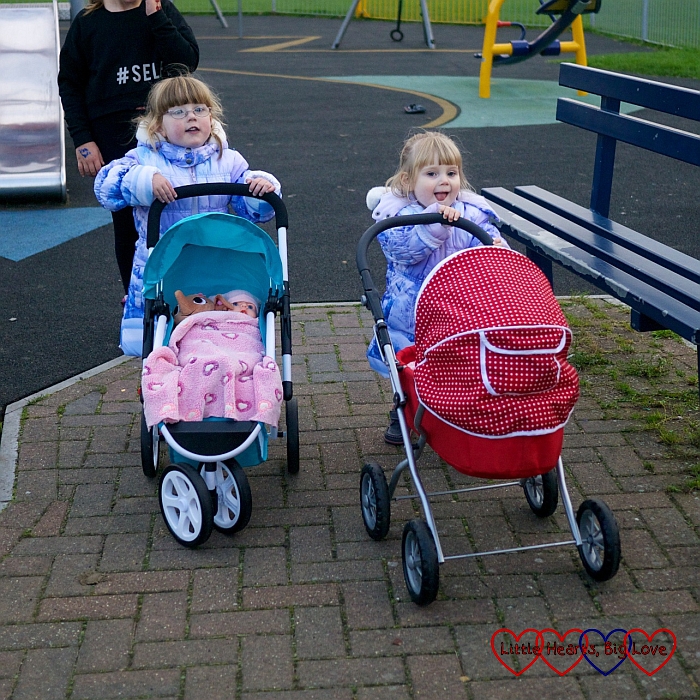 As expected, once we’d arrived at the park, the dollies’ prams were abandoned in the corner in favour of swings, slides and seesaws. 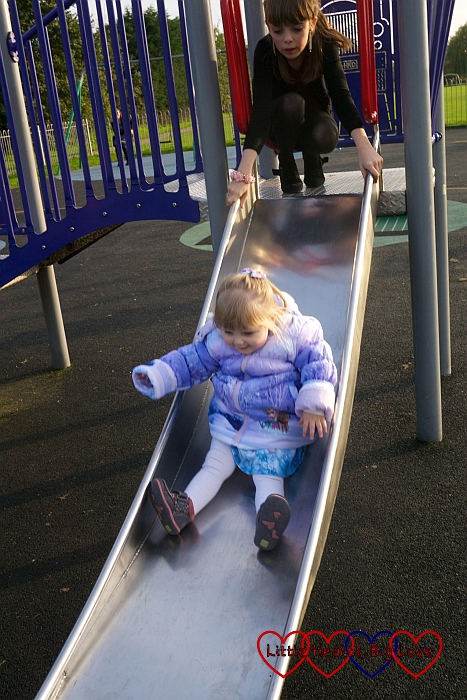 The swings are always a favourite with the girls and they love being pushed as high as possible. 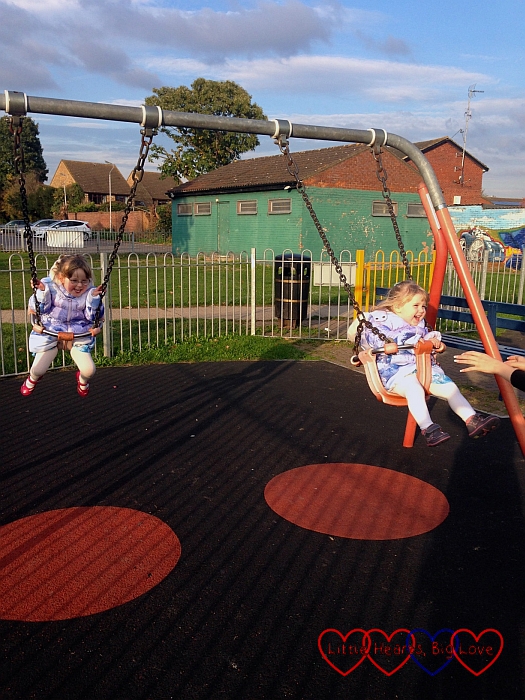 They also seemed to be a firm favourite with the bigger kids too and even Auntie Fizz and Nanny couldn’t resist! 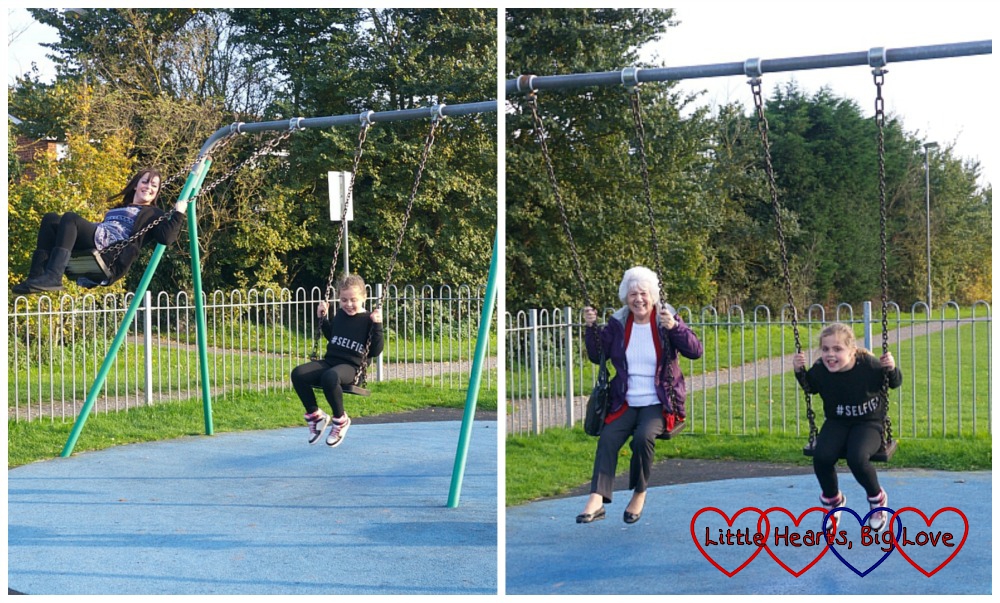 Sophie enjoyed exploring the climbing frame and going down the slide over and over again. Jessica is a bit scared of going down slides though even with someone being ready to catch her at the bottom. The slide at the park is just a small one but still too high as far as she is concerned. She was quite happy to catch Sophie though! 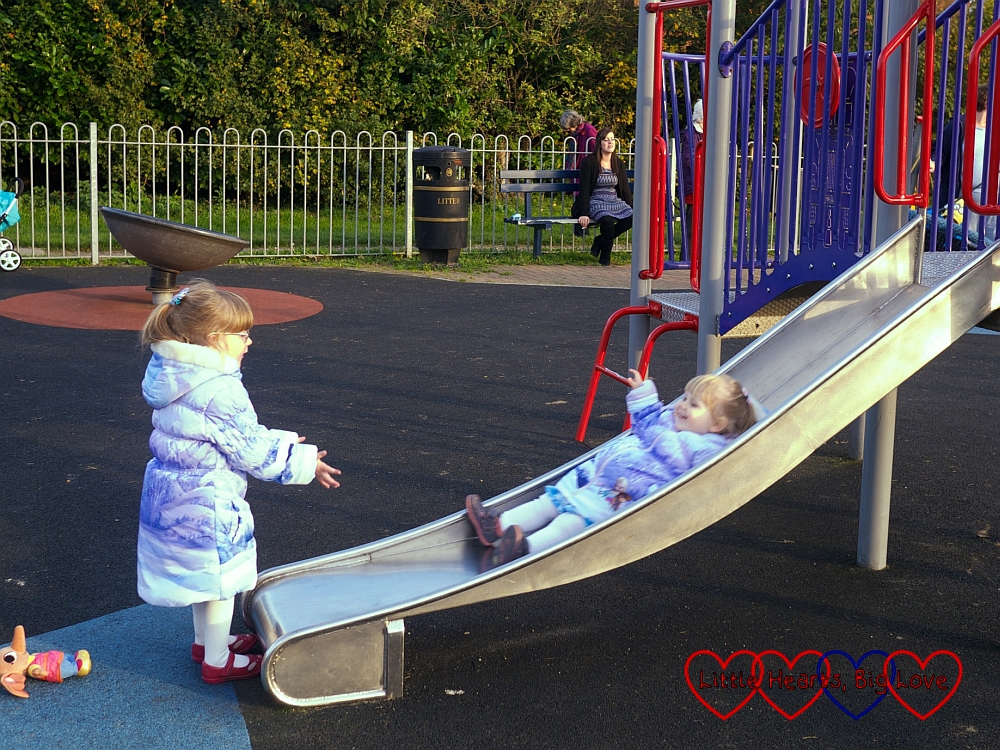 Nanny had bought Jessica a talking toy Sula so that she could also have something to open on Sophie’s birthday. Naturally Sula had to come with us to the park and Jessica enjoyed pushing her down the slide and taking her on the swings and rocking horse. 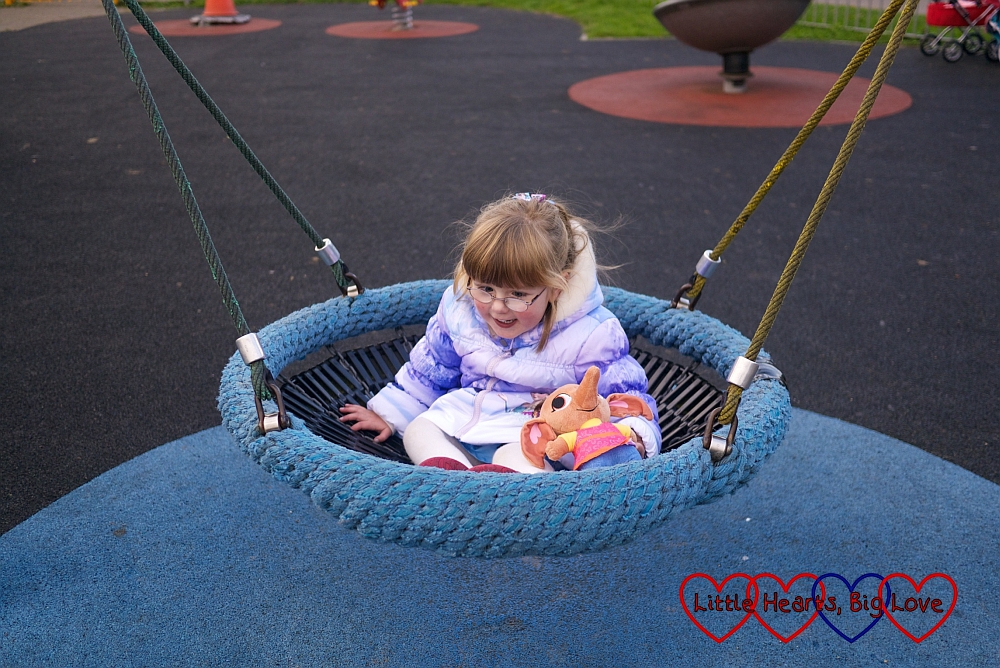 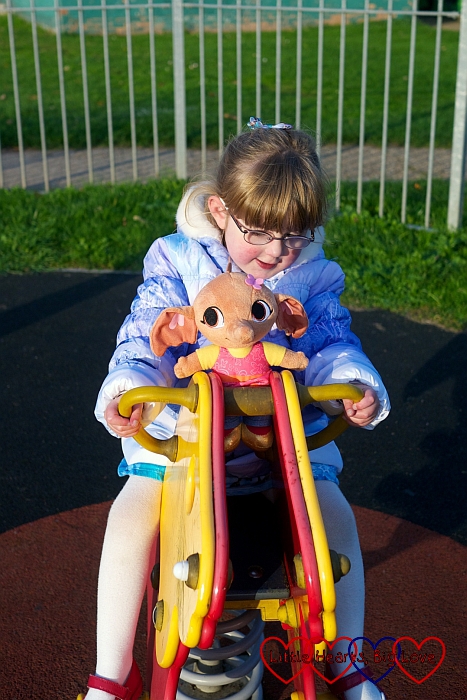 Taking the birthday girl to the park brought back a lot of happy memories from a year ago as we did the same on Sophie’s first birthday. Last year, she had only just started walking on her own and was mostly pushed around the park on her new trike and lifted out to go on the swings and slide. This year, she was running around, jumping up and down on the trampoline and climbing up on the climbing frame all by herself. What a difference a year makes! 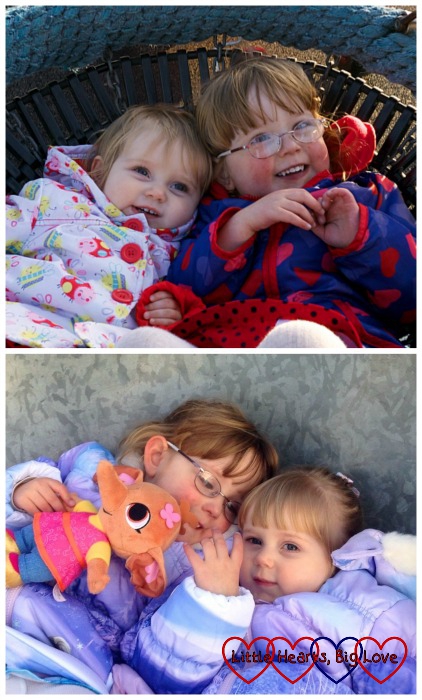 20 thoughts on “Birthday fun at the park”