One of my happy memories from our last family holiday with Jessica was a ride on the Isle of Wight steam railway. The girls loved the steam train ride and we took our last family selfie during it. For our first family holiday since losing her, we were invited for a day out to see Santa at Lappa Valley Steam Railway in Cornwall. We were looking forward to it, although I wondered if it would be very bittersweet too. The things to do and see at Lappa Valley were quite different to our last steam train experience though. It meant making those new memories was a little easier for us. 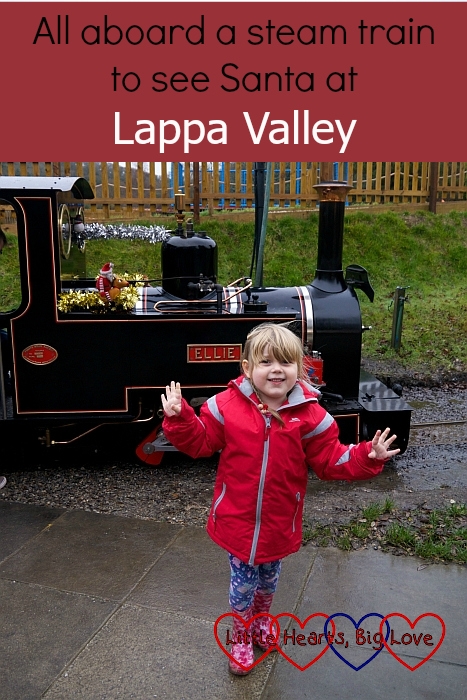 The railway line was originally part of a branch line which served the East Wheal Rose silver lead mine. The line was one of the many railway lines that closed as part of the Beeching cuts. It was replaced in the 1970s with a 15-inch gauge railway. 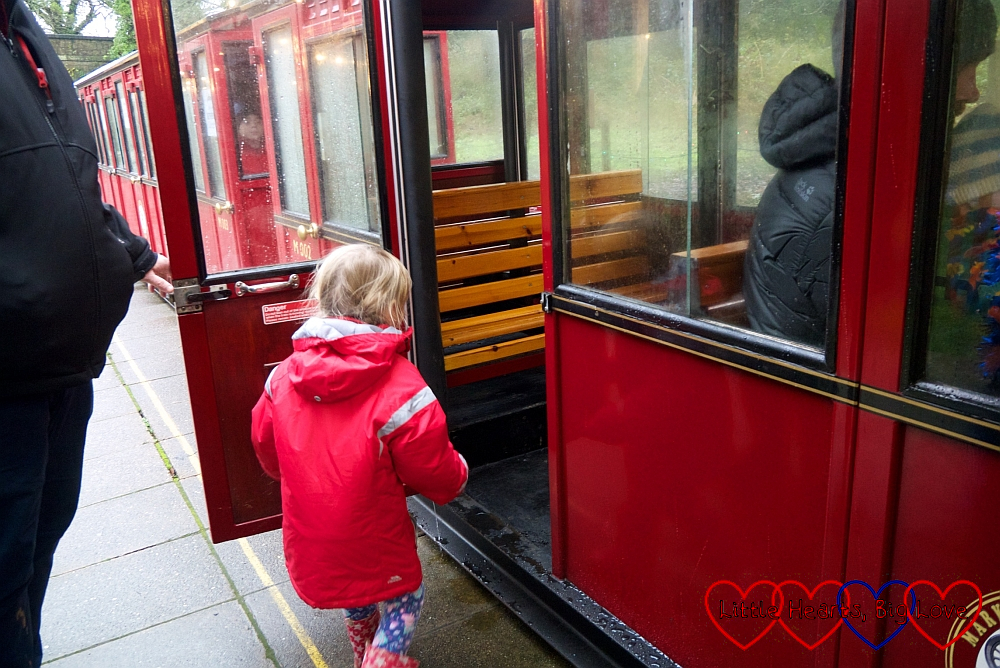 The main attractions at Lappa Valley are at the site of the East Wheal Rose mine. They are reached by taking the steam train from the entrance to Lappa Valley at Benny Halt station. The train ride from Benny Halt to East Wheal Rose takes ten minute and the trains run every 40 minutes in the winter. The departure times are available on the website. It’s recommended that visitors arrived 15 minutes before the departure time. We were booked on the 11:20 train to visit Santa. 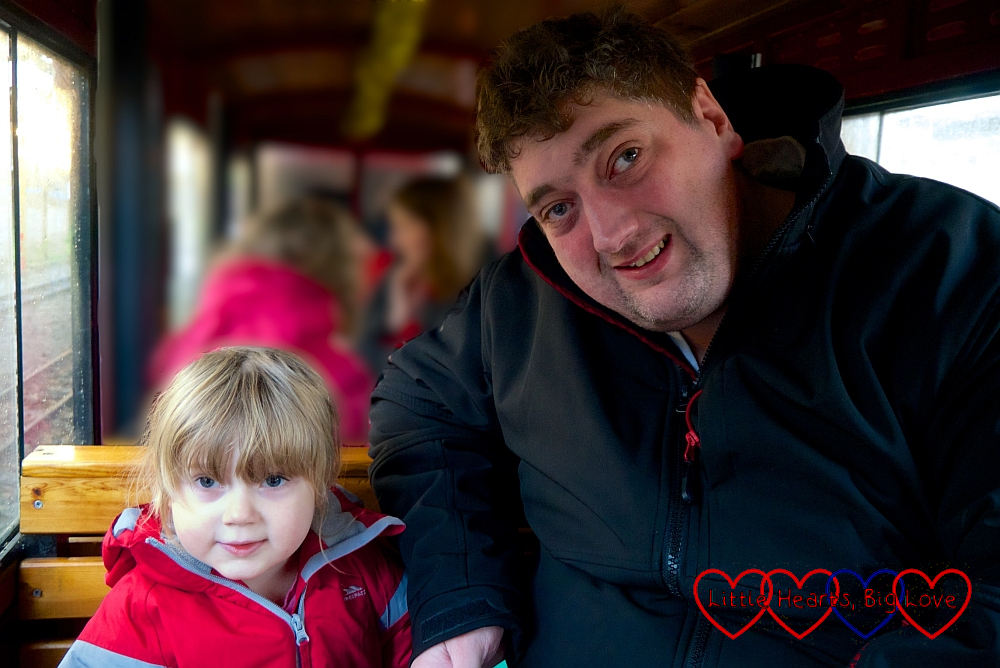 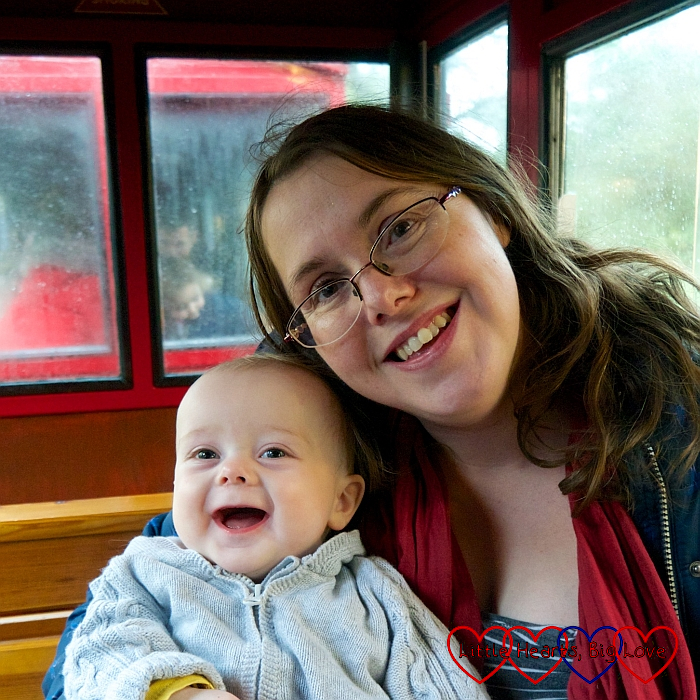 There are three railways at Lappa Valley – the 15-inch gauge steam railway between Benny Halt and East Wheal Rose; the 10¼ inch gauge Newlyn Branch line (which was closed when we visited); and the 7¼ inch gauge woodland railway.  The ticket price includes unlimited journeys on all three railways plus all the attractions on site (with the exception of the coin-operated cars). 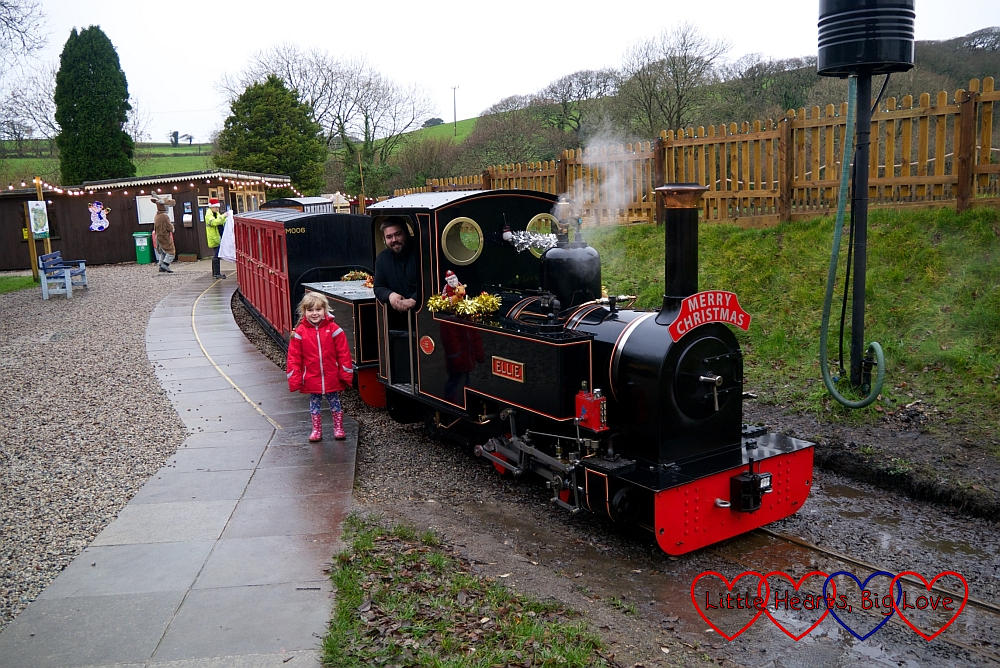 We had about twenty minutes before our timed slot to see Santa. Sophie headed for the pedal car track. There were a variety of little cars and scooters to choose from. Seeing her squeezed into one of the Little Tikes cars made me realise though just how much she has grown this year! 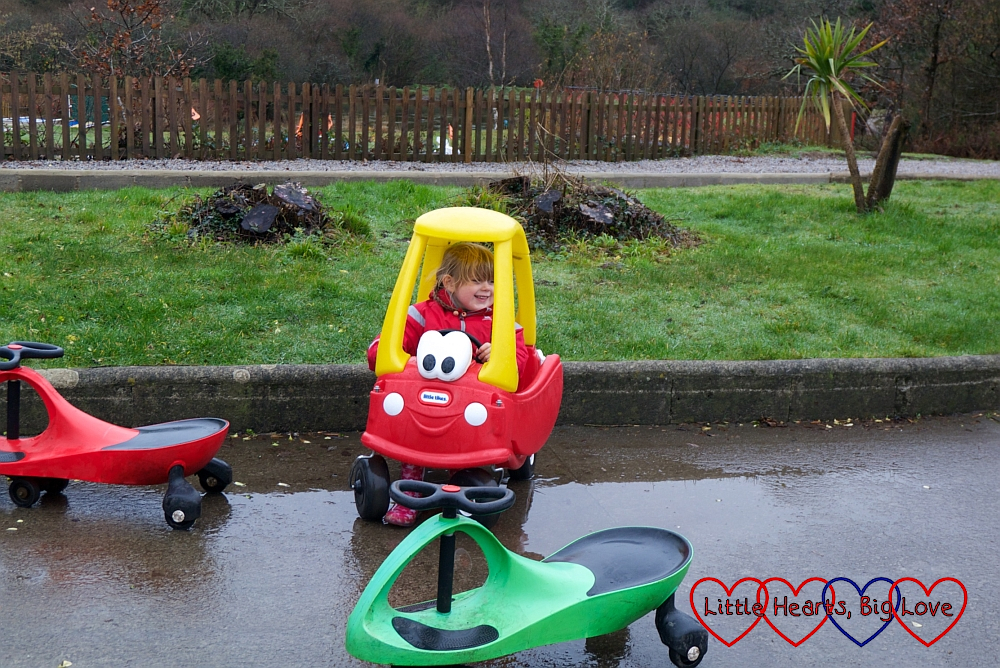 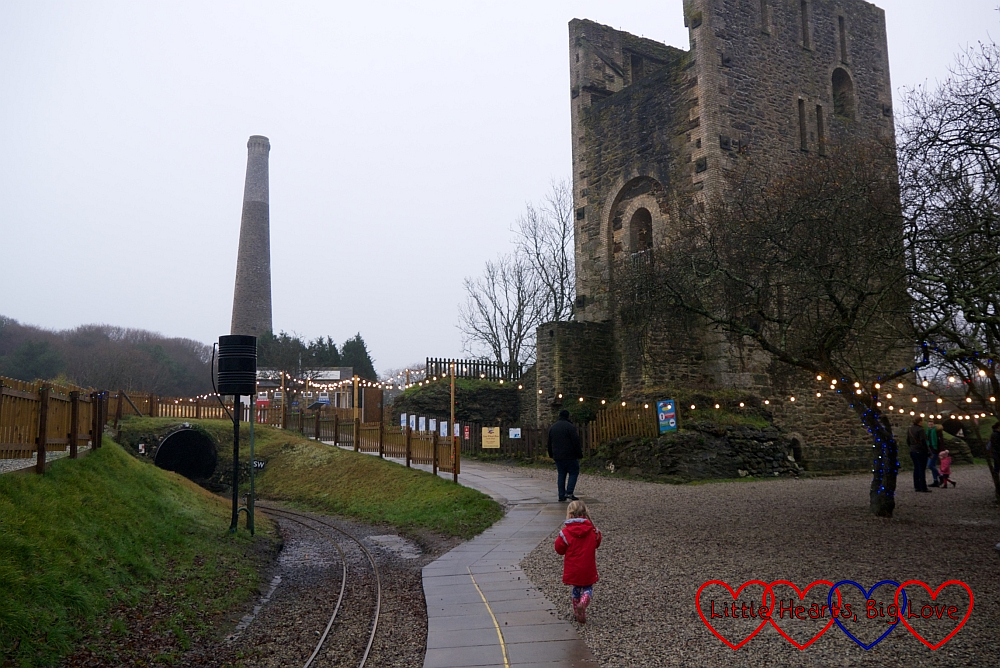 We arrived at the gift shop a few minutes before our Santa slot. There was an activity table with colouring sheets for the children while they waited for Santa’s elf to fetch them. Sophie preferred to look at the selection of toys in the gift shop while she waited.

I was relieved that Sophie’s request to Santa (a Skye toy) hadn’t changed! We made sure that Santa knew that we were staying at Coombe Mill on holiday. Sophie also promised to leave a mince pie and a carrot out. She was very happy with her gift from Santa – a little soft toy tiger-striped cat in a carrier. Thomas also had a gift – a cuddly teddy bear. 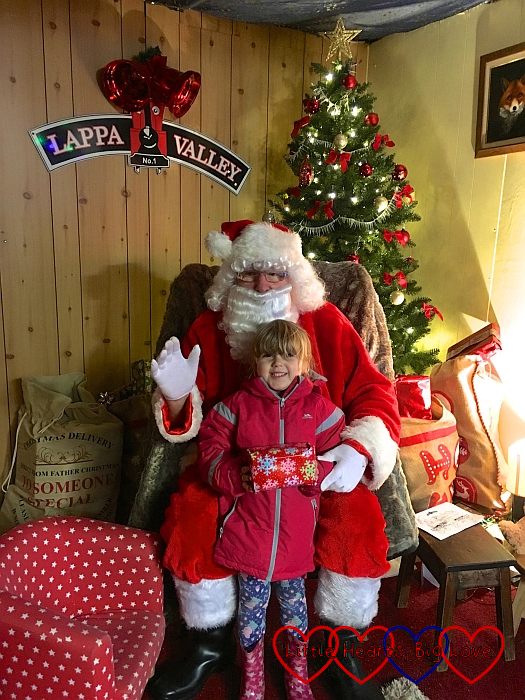 The adult ticket price included a hot drink and a mince pie. After we visited Santa, we stopped at the cafe to get these, and have some lunch. 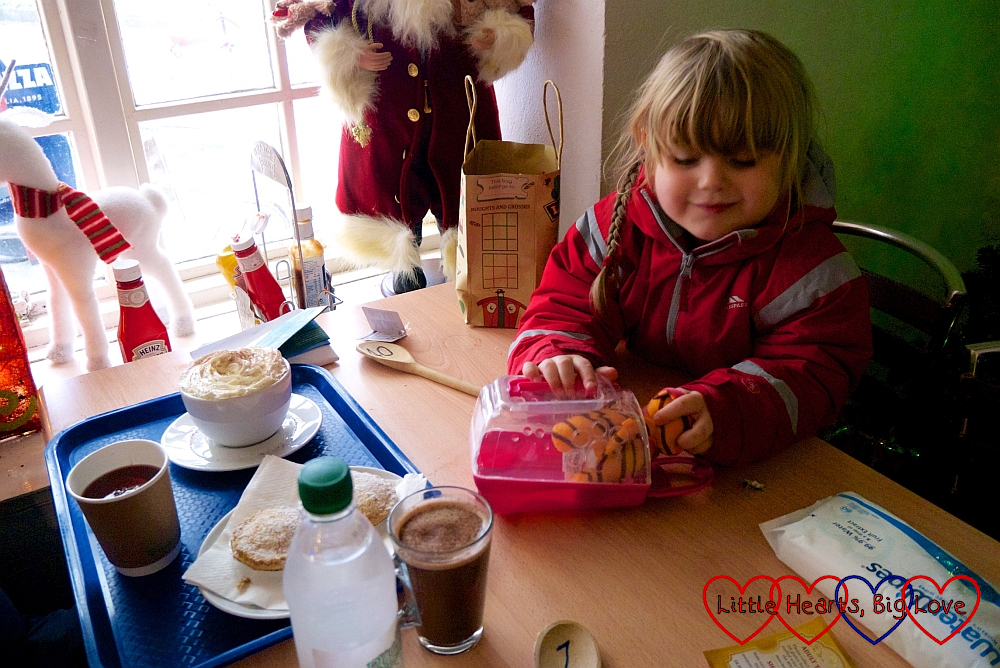 After lunch, Sophie headed for the roundabout swings near the café. She loved being spun around and around on these until it was time to head to the party carriage to watch a magic show. 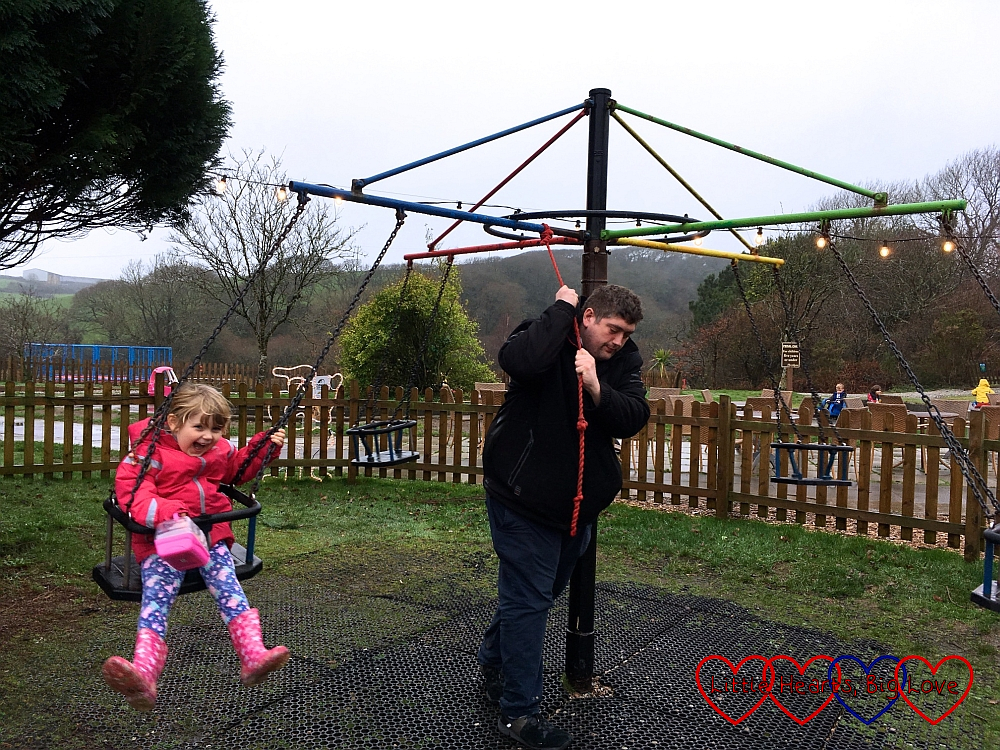 While Sophie and Daddy watched Harry Kazzam’s magic show, Thomas and I went for a ride on the woodland railway. Rudolph the red-nosed reindeer drove the train, taking us on a couple of laps around the toddlers’ path maze and the nature pond. 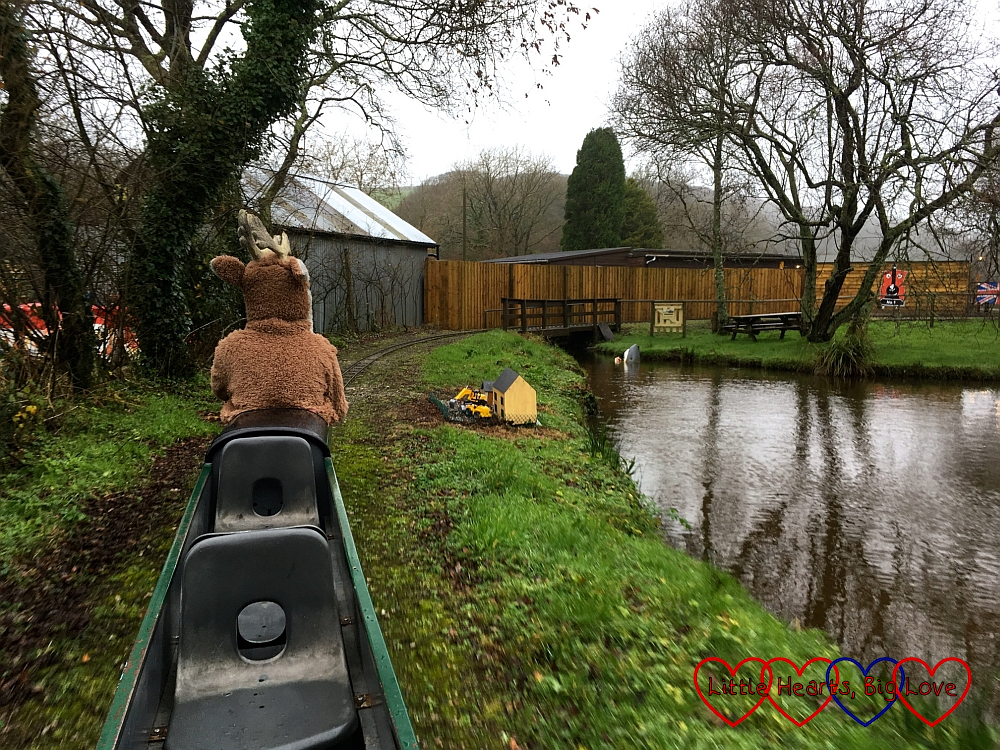 Sophie was keen to be back at Coombe Mill in time for the Christmas activity hour, so we had to take the 1:40pm steam train back to Benny Halt. The route from East Wheal Rose back to Benny Halt takes a circular route around the canoeing lake so the train doesn’t need to turn around. At Benny Halt, there was a turntable for the engine to turn around again. Sophie was quite fascinated at seeing it turn around. I think Daddy also enjoyed explaining how the points changed so the train could change track and move to the front of the carriages. 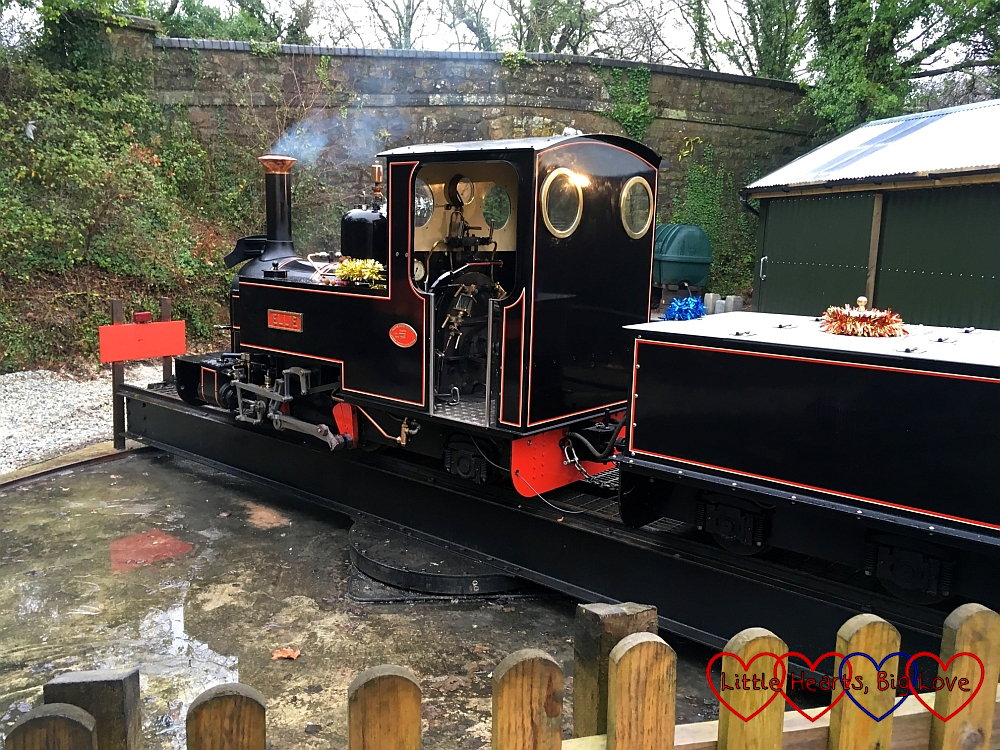 We enjoyed our day out at Lappa Valley, although we could have done with a little more time there. There were a few more attractions on the site that we didn’t have the time to explore, such as the children’s play areas and the crazy golf. I would have also liked to have explored one of the nature trails as well. 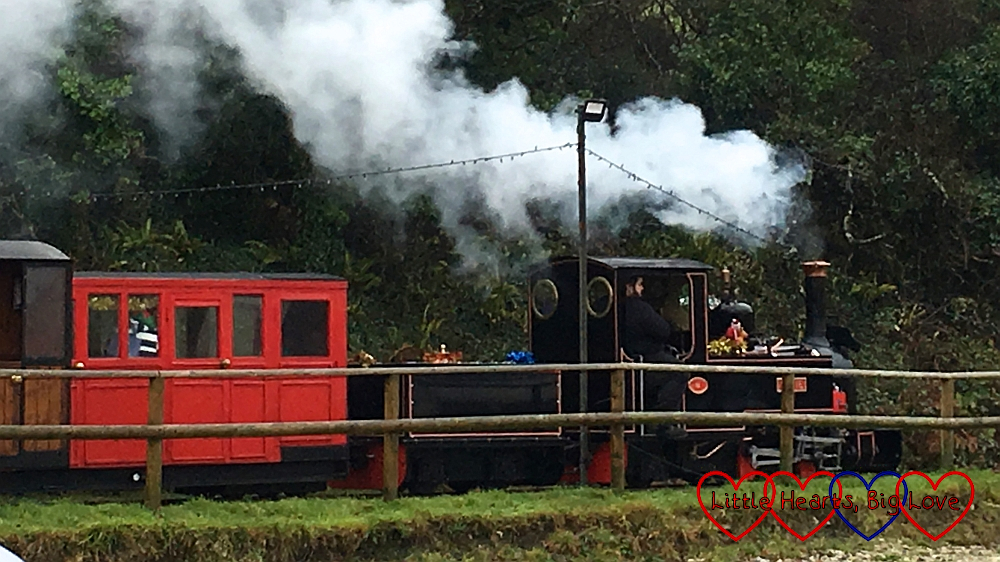 Visiting Lappa Valley Steam Railway – what you need to know:

We received complimentary tickets for the Santa train ride at Lappa Valley in order to share a review. All thoughts and opinions are my own.