I like to break up a car journey with a walk around a National Trust property. It’s much nicer than stopping at service stations and gives us an opportunity to visit places that we might not have otherwise visited. We’re gradually ticking off the ones off the M40 on various journeys to and from Birmingham. This time, we decided to break up the journey home from the Little Hearts Matter open day with a walk around Charlecote Park. 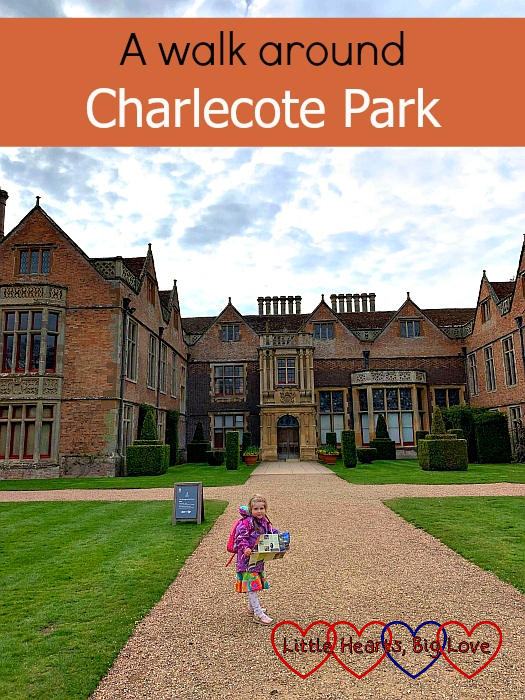 We were travelling back later in the afternoon so I knew we would be quite short on time with many National Trust properties closing at 5pm. The gardens at Charlecote Park were open until 6pm though which meant more time to explore. 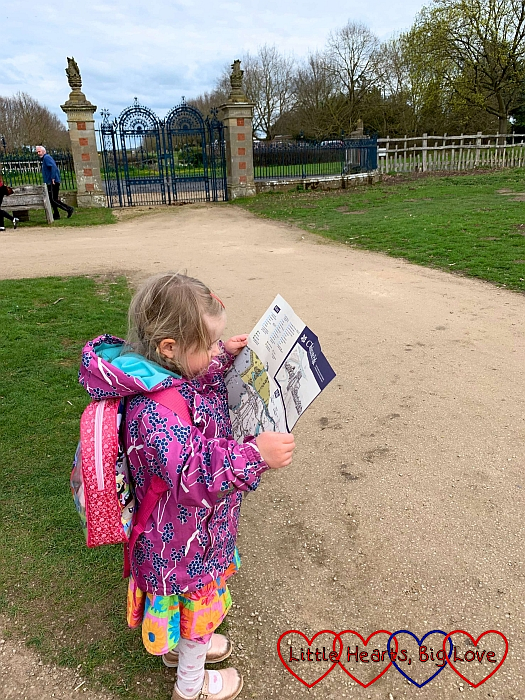 Sophie immediately took charge of the map on our arrival, deciding which route we were going to take through the grounds. We headed up the main drive towards the gate house. The inside of the gate house shows some of the family history of the Lucy family who own and live at Charlecote Park. Sophie was much more interested in the big stag’s head on the wall though! 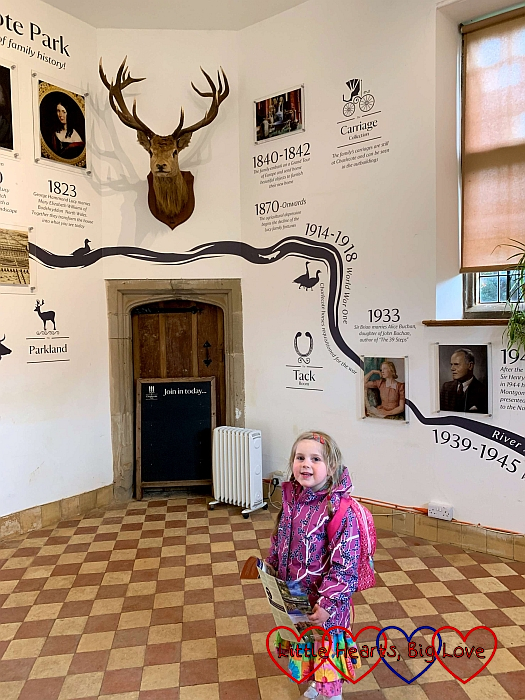 The house at Charlecote Park was built in the 16th century by Sir Thomas Lucy, an Elizabethan politician. It was extensively refurbished during the 19th century by George Hammond Lucy and his wife Mary Elizabeth. The parkland around the house is home to a herd of a fallow deer and there are also Jacob sheep. It took a little while for us to spot the deer on our walk around the grounds. They were a bit too far away for me to get a decent photo of them with my phone! 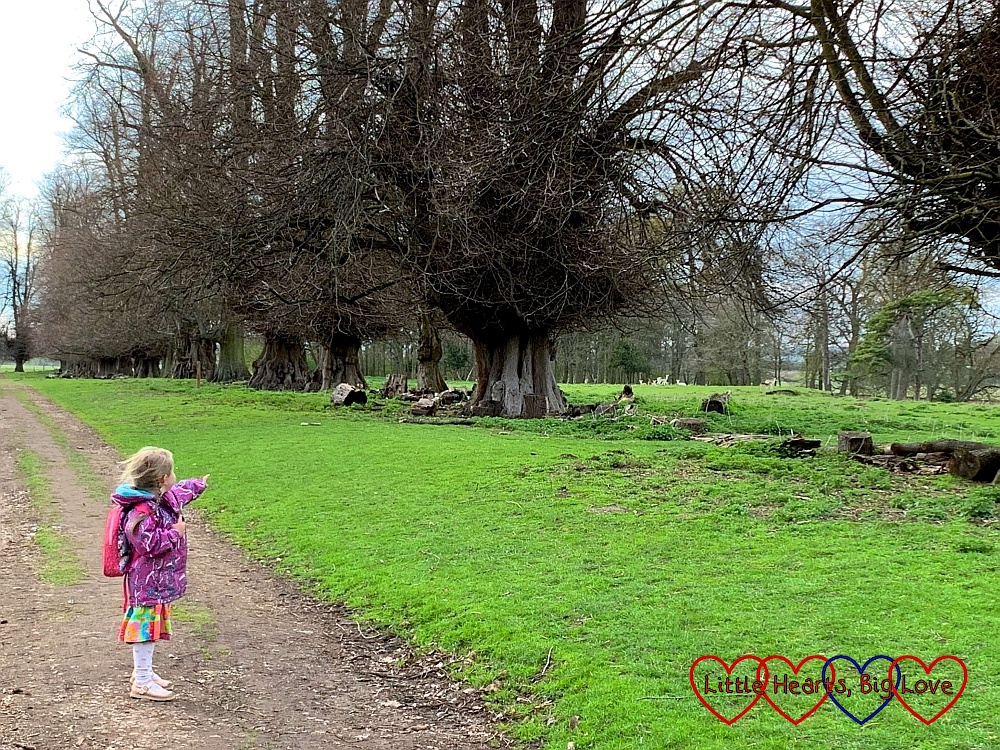 We made sure we visited the shop before it closed at 5pm to get Sophie’s National Trust passport stamped and to pick up one for Thomas. There were three different stamps to be put in and Sophie enjoyed helping stamp her passport. She decided that next time we visit a National Trust property we have to pick up another passport for Jessica. I love that she still includes her big sister on our days out. 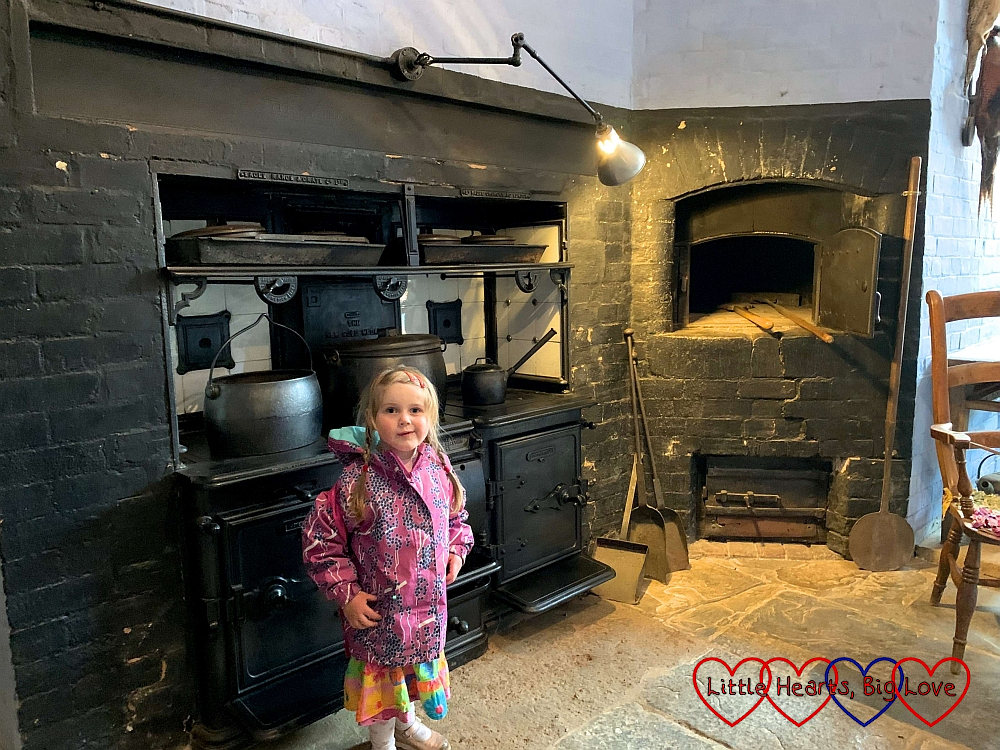 Sophie found the Victorian kitchen and the laundry room fascinating. We talked about how people used to wash their clothes before having washing machines. I explained how the mangle was used to squeeze the water out of the clothes before they were hung up to dry, and that was how it was done when Nanny was a little girl. I remember being quite fascinated as a little girl by how different things were in my mum’s childhood. It’s funny how some things have changed a huge amount since my own childhood too! 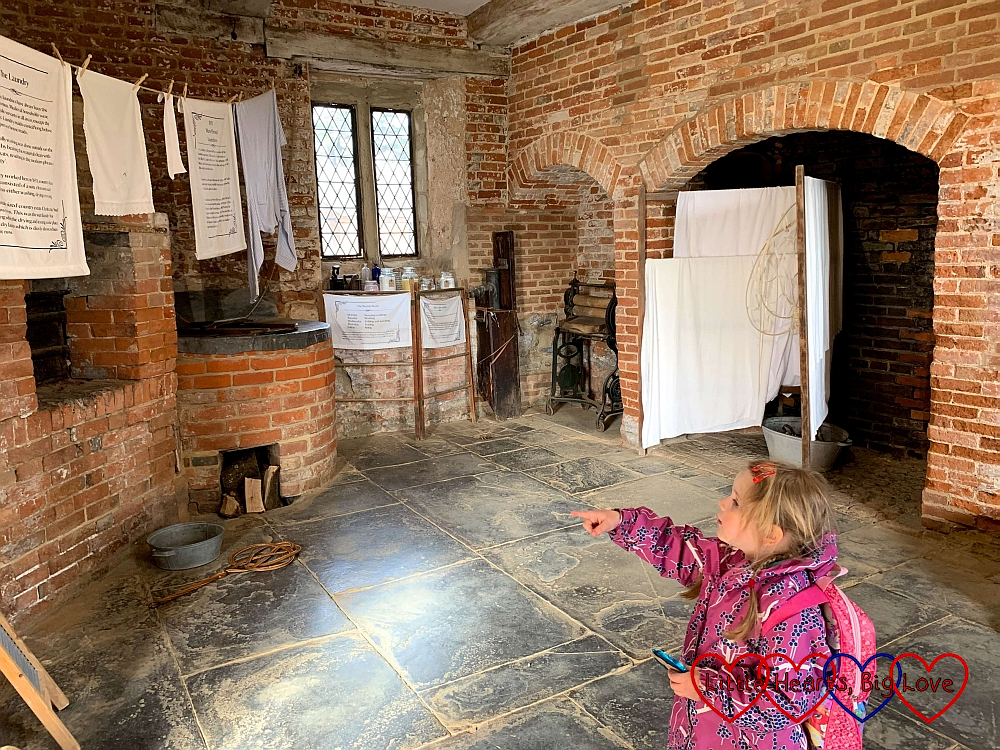 We also saw the different carriages in the carriage collection. Sophie wondered which one Cinderella would use to get to the ball. 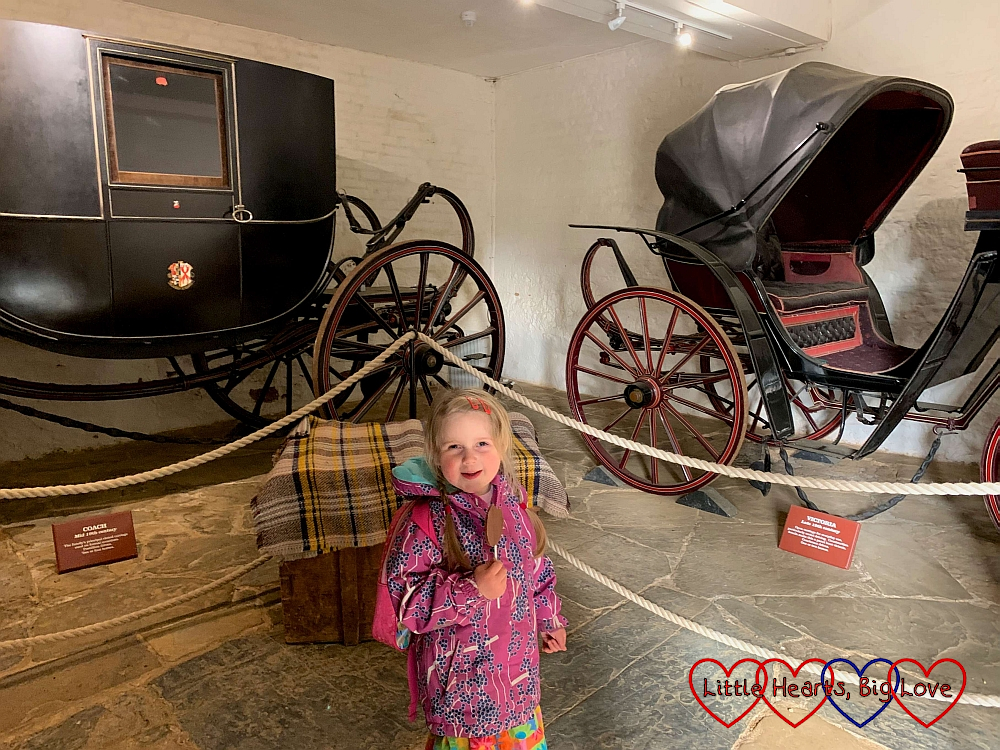 It was lovely just to spend some time wandering around the parkland and enjoying the late afternoon spring sunshine. Sophie picked up a few things along the way for her collection – a pebble, a white feather, a leaf, a buttercup and a stick.

“They’re to help me remember this walk,” she told me. 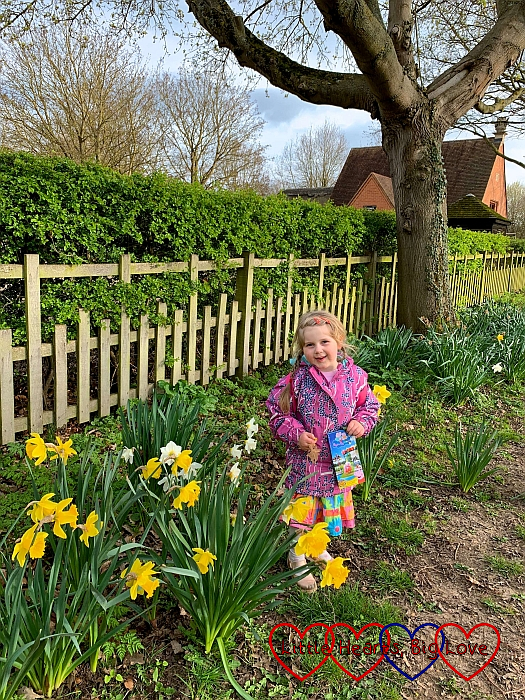 Collecting things to help her “remember” is a new thing for Sophie. I think we might have to start a little journal for this and show her how to press any little flowers so she can keep them. Of course, we also have the photos to help us remember. Sophie is now starting to take some of them so that Mummy is in the photos too! 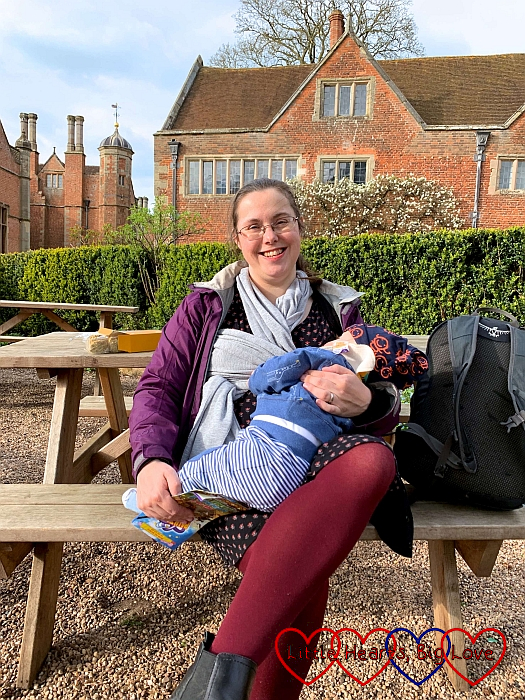 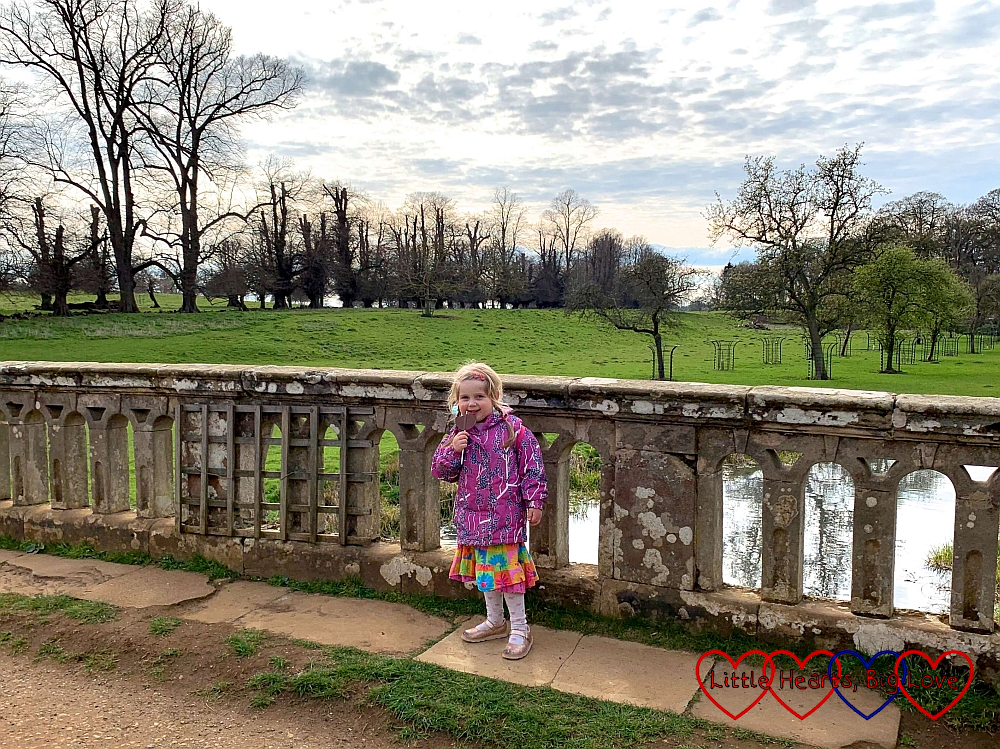 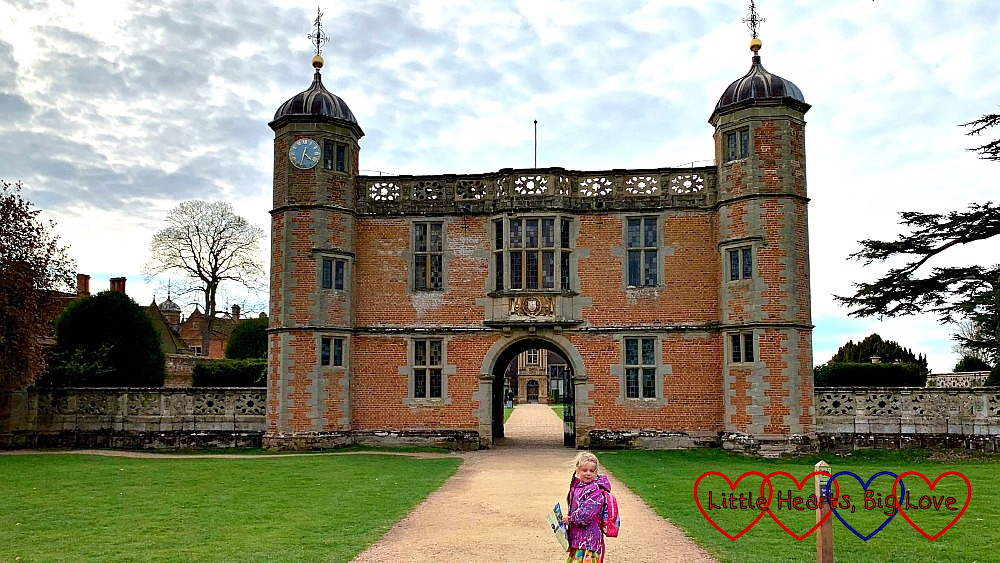 Visiting Charlecote Park – what you need to know:

6 thoughts on “A walk around Charlecote Park”