Last weekend, we took a trip back in time and found ourselves getting a taste of medieval life at the Magna Carta event at Chiltern Open Air Museum. Several tents were set up in the field, giving an insight into life in the 13th century. 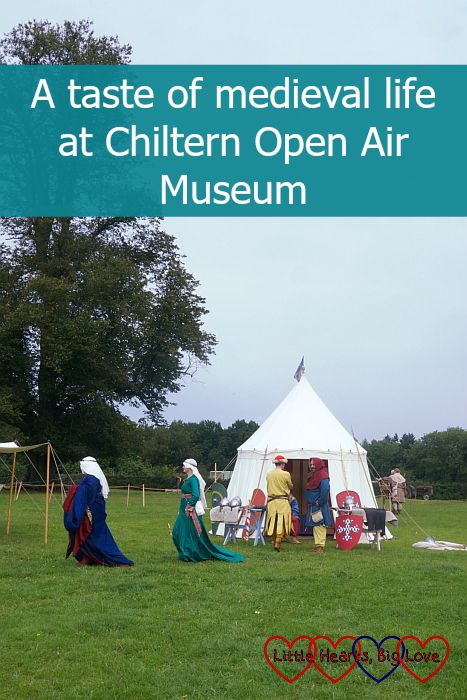 In one tent, the wealthy ladies were busy with their needlework while a nun stood in silent prayer. 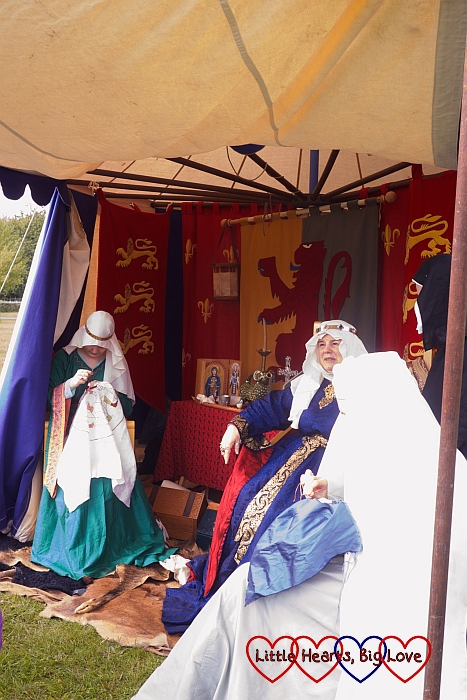 We discovered more about medieval cookery and the types of food that people would have eaten. Meat and fruit pies, fish, cheese, bread, seasonal fruit and veg. I had always thought that winter was the lean time as far as food was concerned but learned that it was spring and that the Lenten fast came at a time when food was more scarce anyway. 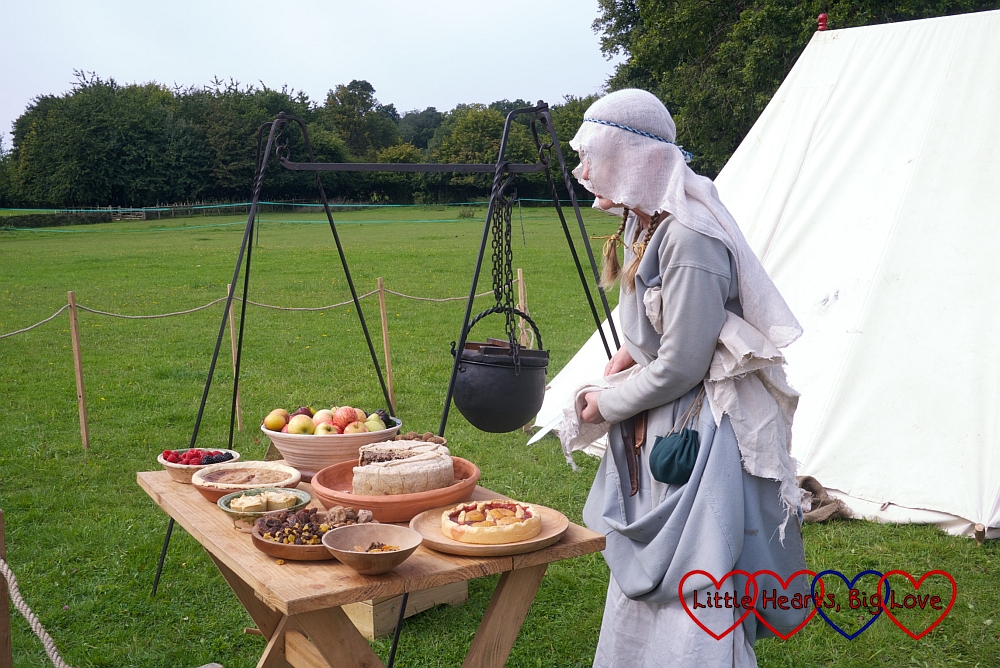 Jessica enjoyed trying on a medieval style helmet and we watched the men practising their archery in a nearby field. 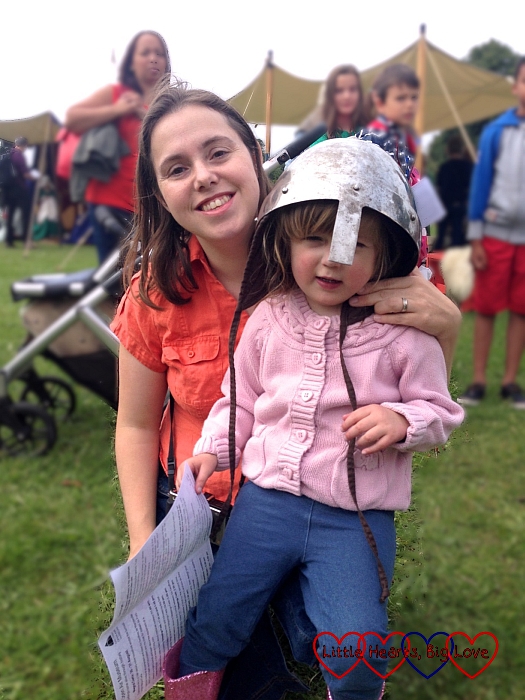 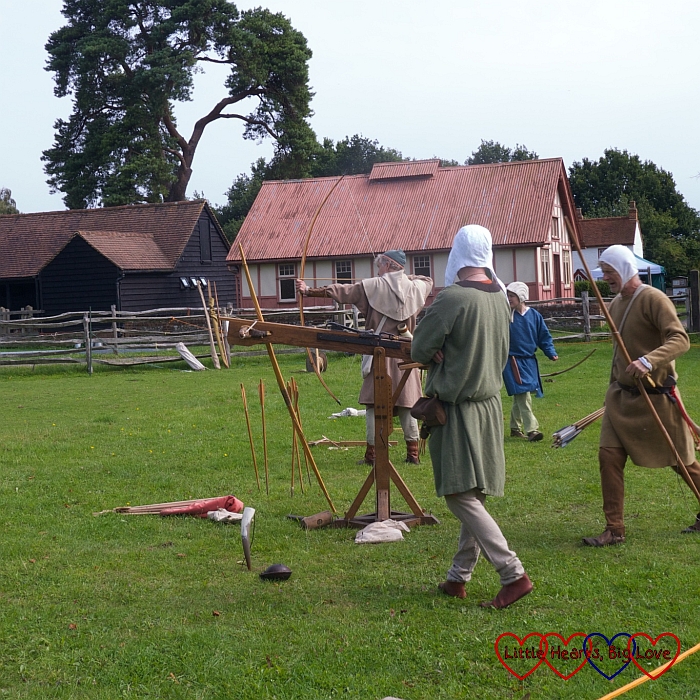 We were then treated to some medieval storytelling – the story of the Three Billy Goats Gruff. It was a somewhat dramatic telling of the story and the storyteller’s imitation of the troll was quite frightening for some of the very small children in the audience. 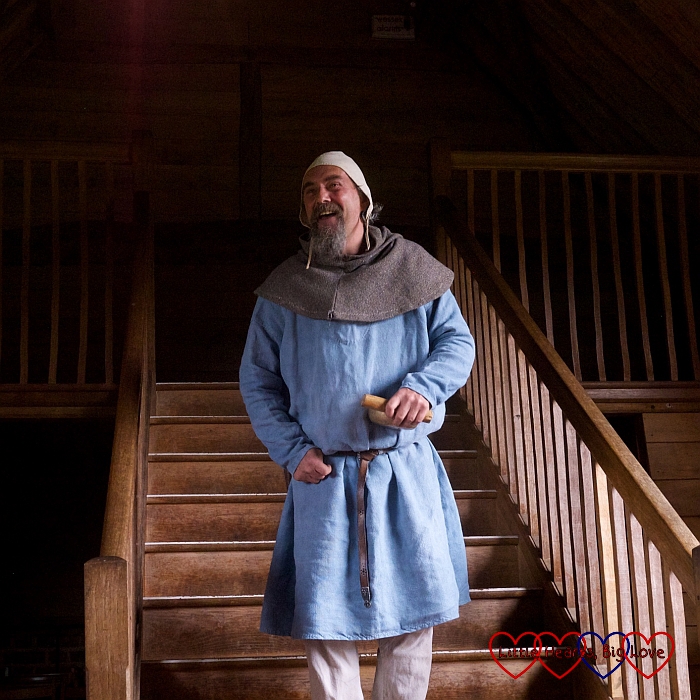 Once the story was over, we decided to leave the medieval life behind and explore the rest of the museum. There are two places in the museum that the girls always make a beeline for – the Victorian vicarage, set up like a schoolroom, and the 1940s prefab house. These are the two buildings which contain a selection of toys – skittles, cup and ball, hoops, wooden dominos etc. – and the girls will spend ages happily playing with them. 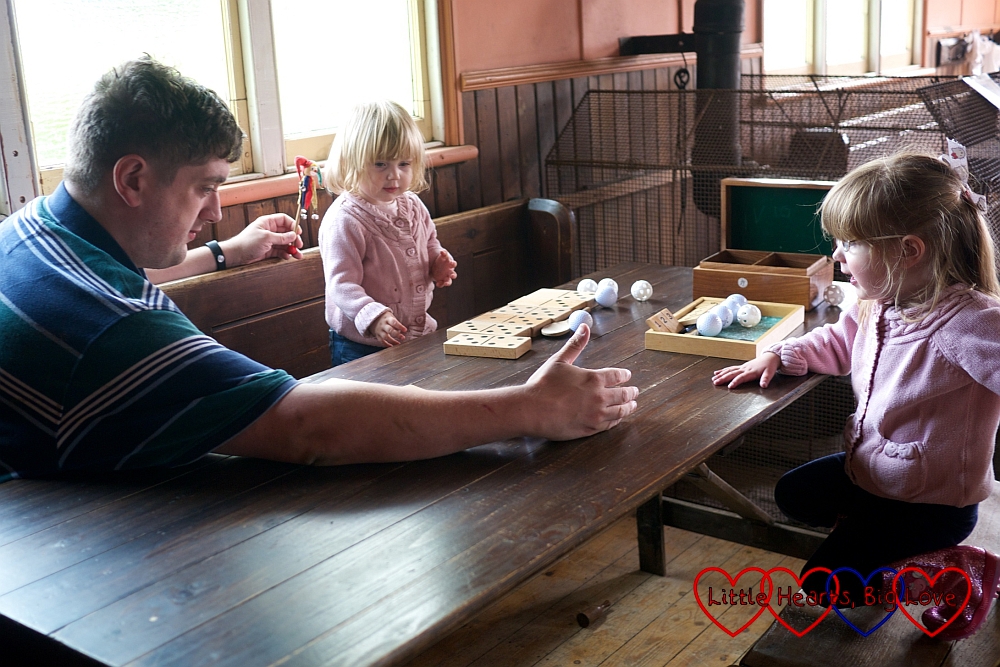 They also love the play area although are both a little young for most of the play equipment which makes it quite a challenge when I am trying to keep an eye on both of them on my own. It was so much easier with hubby around – being able to watch one child each! 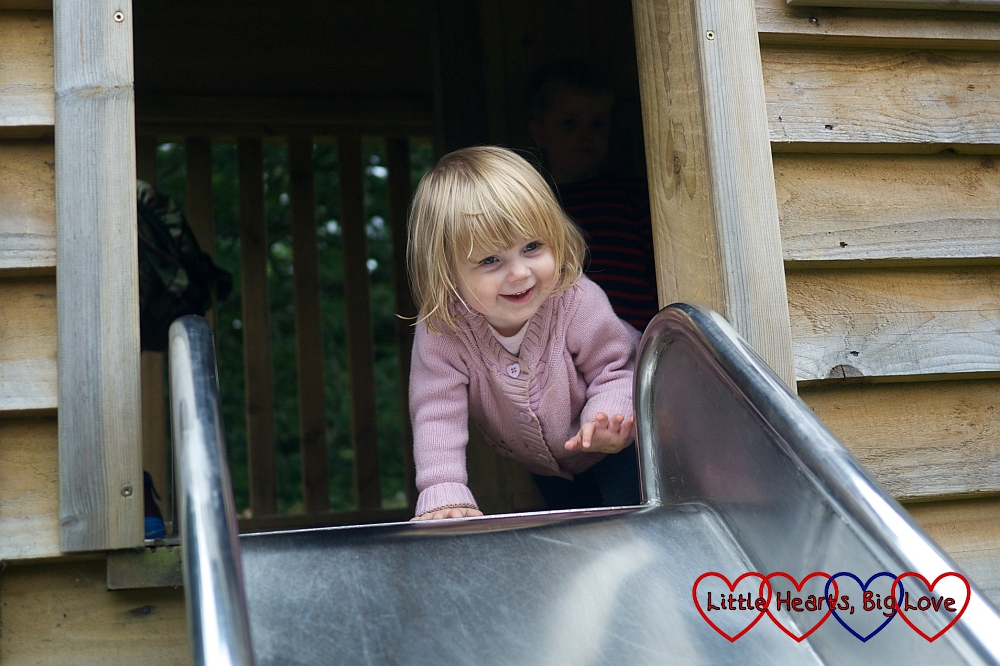 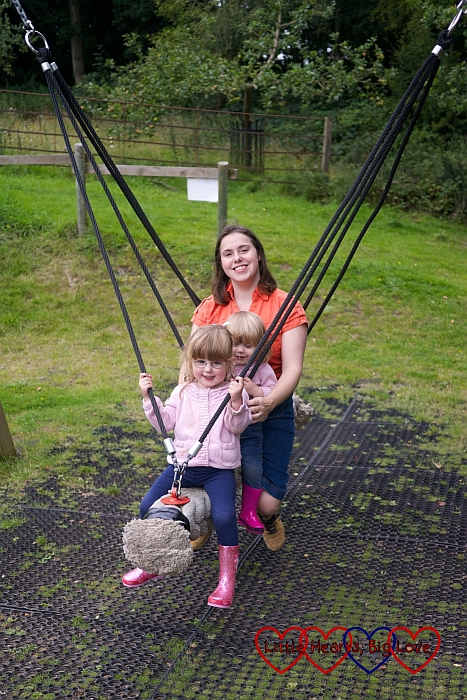 Despite having an annual pass, we didn’t manage to visit the museum over the summer and missed out on a lot of the activities that were taking place. Thankfully there are still a few more events taking place before the museum closes for the season at the end of October – hopefully we’ll manage to make it to a couple of them! 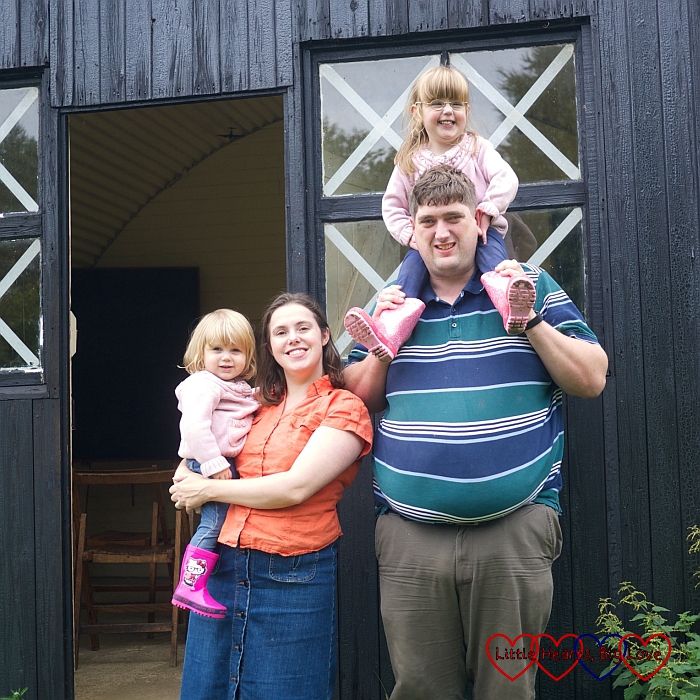