Poohsticks is one of those wonderful simple childhood games that stays fun no matter what age you are. Even as an adult, I can never quite resist the temptation when crossing a bridge over a stream to throw a stick in and watch it float downstream. 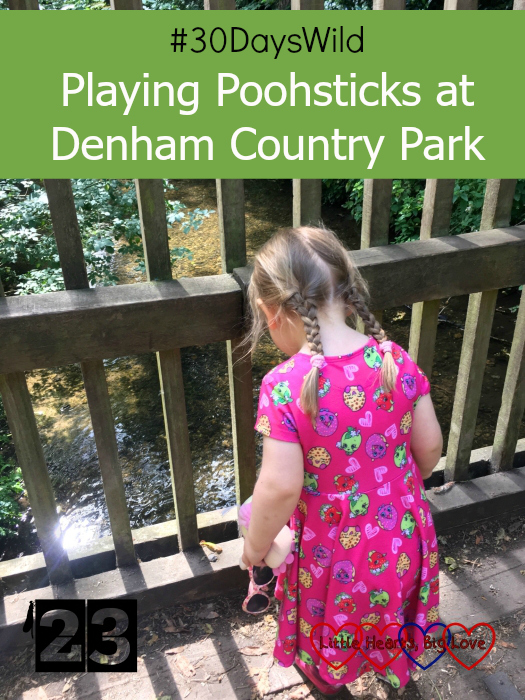 For a three-year old though, Poohsticks is one of the best games ever! Sophie will happily spend ages on a bridge finding as many sticks as she can to throw in. It doesn’t matter whether her stick or Mummy’s is the first to appear. Just seeing the sticks reappear on the other side of the bridge is enough of a thrill. 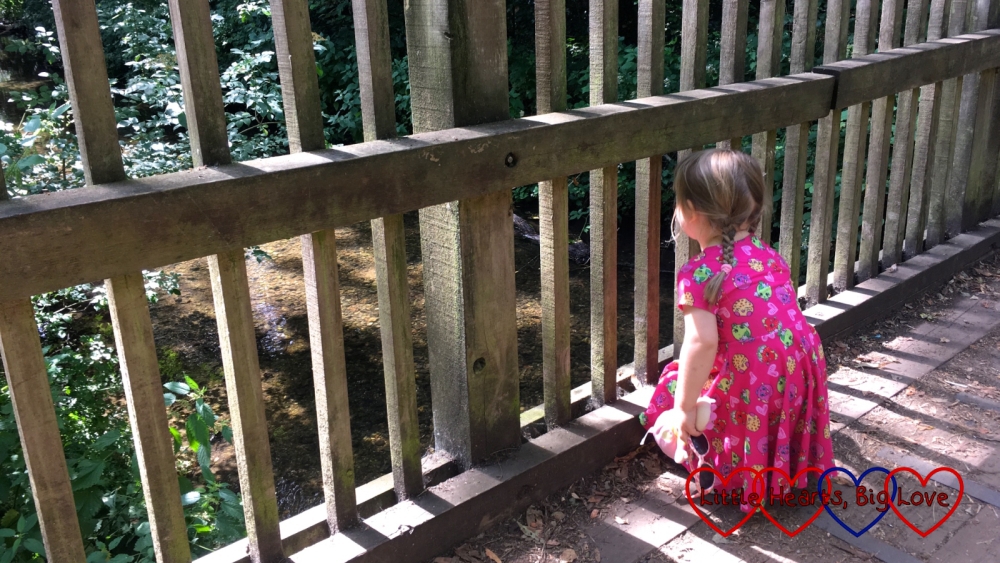 The promise of finding more sticks for our game of Poohsticks was just the incentive I needed to encourage her to take a little walk in the woods with me. Sophie is starting to need more purpose for our outdoor adventures together. Just “going for a walk” is not enough anymore. Geocaching – or “finding treasure” as we call it – is a good incentive. Scavenger hunts also work well. This morning, I also suggested we try look for signs of fairies in the woods too.

We spotted a little “tunnel” at the base of a tree which we thought might just lead to a little fairy door out of sight. We also picked up some pieces of bark which looked like they might make good bark boats. 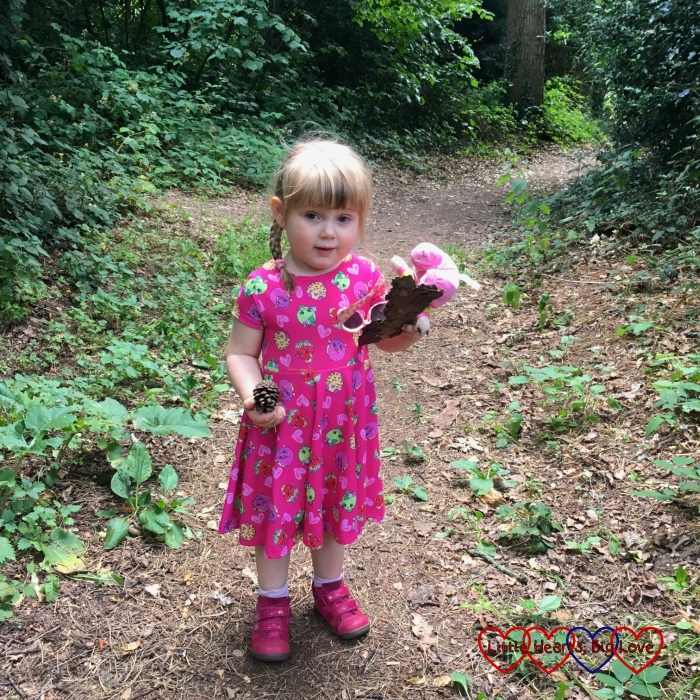 There were logs to sit on and the birds were singing away in the trees. It was so peaceful and quiet (well, other than Sophie shouting “Birds! Birds! Where are you?!”) and lovely and cool in the woods after the heatwave of the last two days. 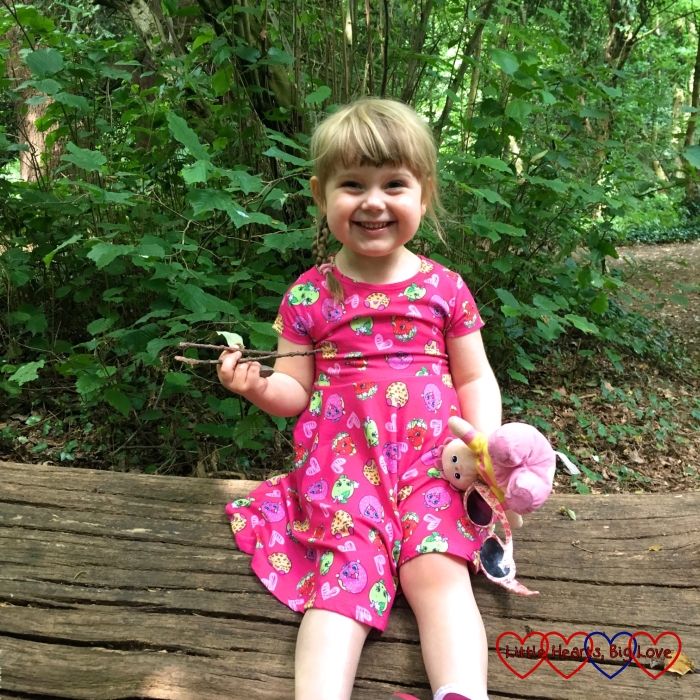 We found a big hollow log which looked like it might be a good home for mini beasts. Sophie had a good look inside but other than lots of spider webs, any bugs that had made their home there stayed out of sight. We did manage to spot a damselfly in the blackberry bushes though. 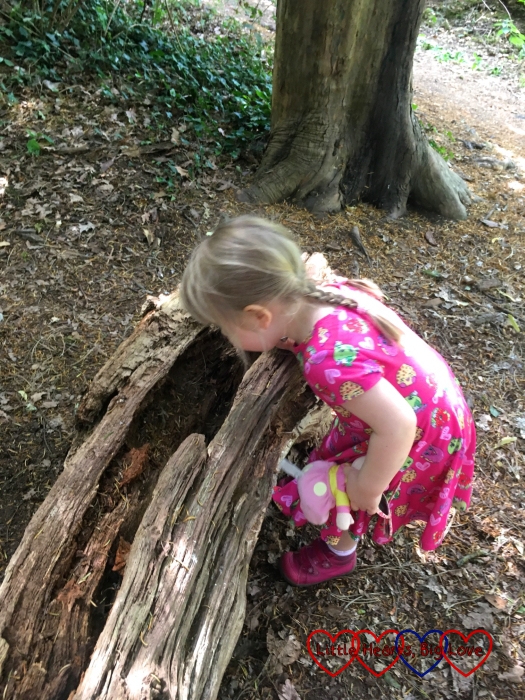 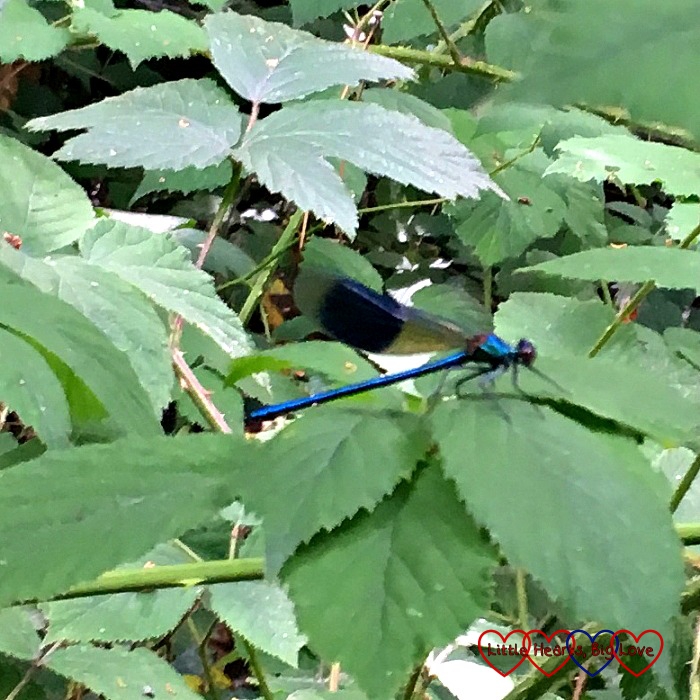 Back on the bridge, there was time for a few more games of Poohsticks. We also wandered over to the edge of the stream to take a closer look and try out one of our bark boats. It floated well but Sophie decided that the sticks were more fun! 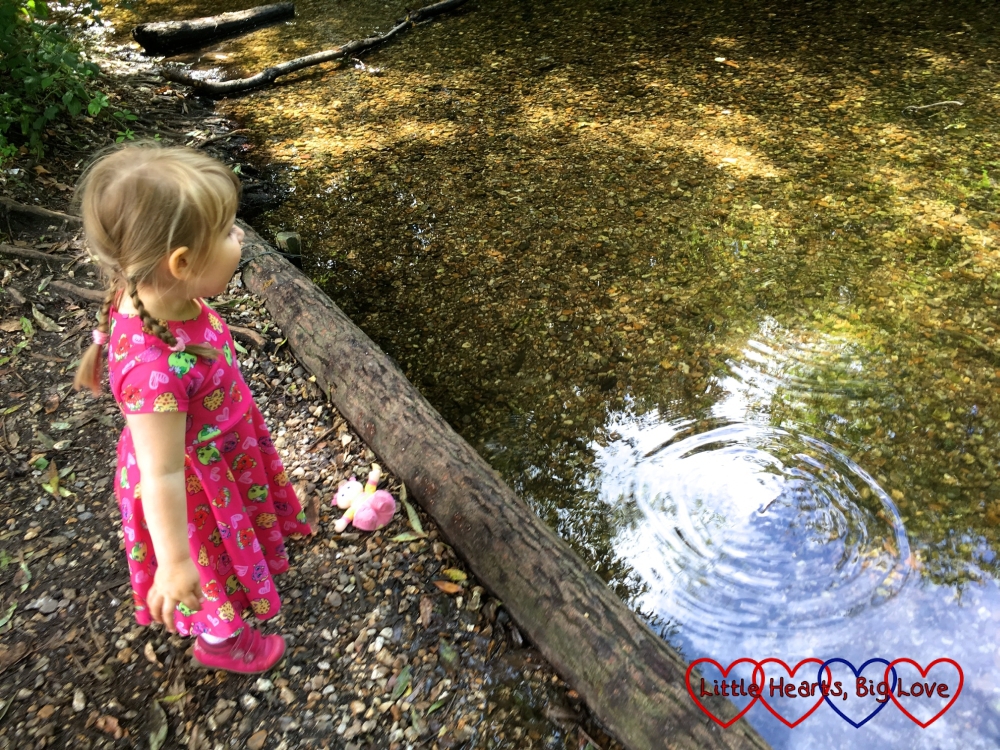 I had promised Sophie that we would finish up with a trip to the playground. A park ranger was mowing the grass there when we arrived so we had to wait a little while before we could go in. Sophie enjoyed sitting in a nearby tree while she waited. 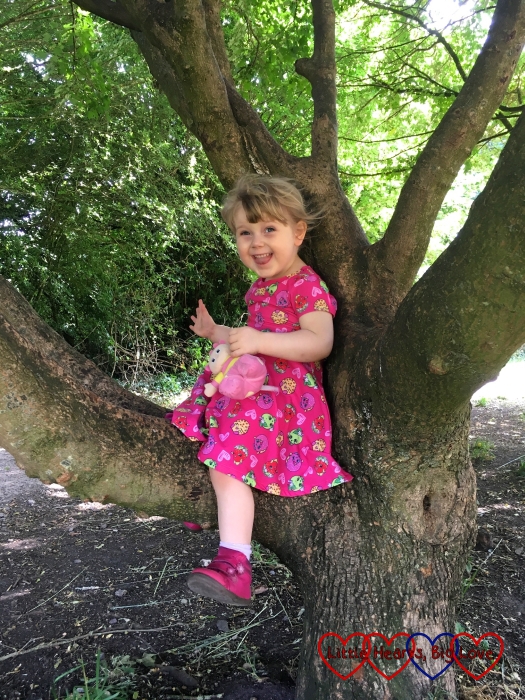 There were sycamore “wings” on the ground near the tree which looked like they would be perfect for fairy wings. Add a stick and a leaf for a dress and voila! we had one pretty woodland fairy to take home. 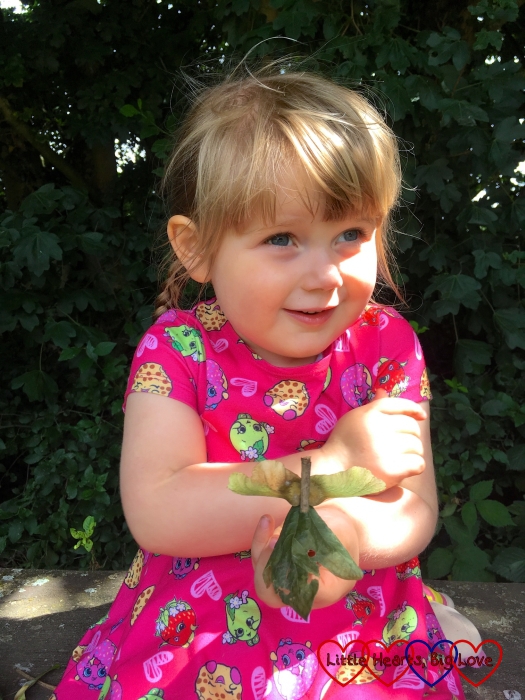 Once the playground was open, Sophie made a beeline for the musical instruments followed by the sand pit. We had the whole area to ourselves which was blissful. 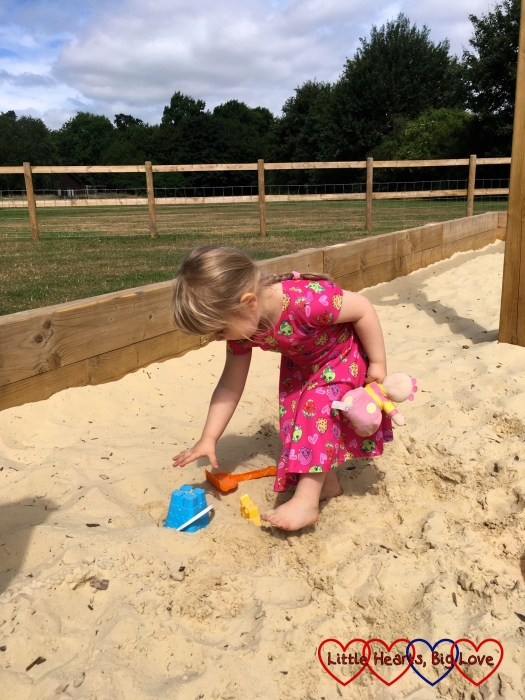 The park ranger who had been mowing the grass had spotted a toad and brought it over for Sophie to see. I think it might have been the first time Sophie had seen a toad. She was happy to give it a very gentle stroke. I think the toad was happier though when the ranger popped him back in the shade again! 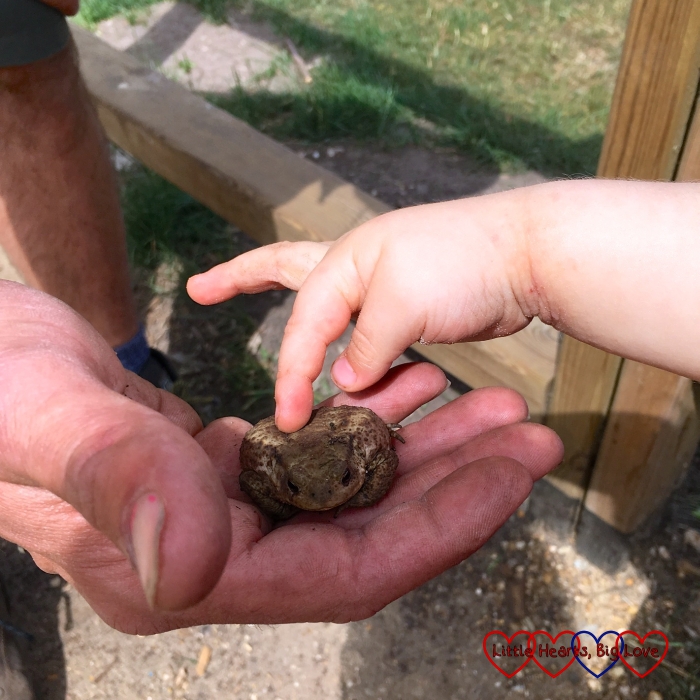 We only spent about an hour at Denham Country Park as we had other plans for the day but it was lovely just to get out and enjoy some simple fun outdoors for a while. Next time, I shall have to remember to bring our pond dipping kit so we can take a closer look at some of the creatures that live in the stream.