#30DaysWild has helped encouraged me to take a closer look at the things growing in my garden. I’ve been thinking more about what I can harvest and eat from my garden. Not just the raspberries, the lettuces and the radishes that are growing there, but some of the weeds too. Earlier in the month, I tried making nettle crisps. This time I thought I’d give dandelion flower tea a try. 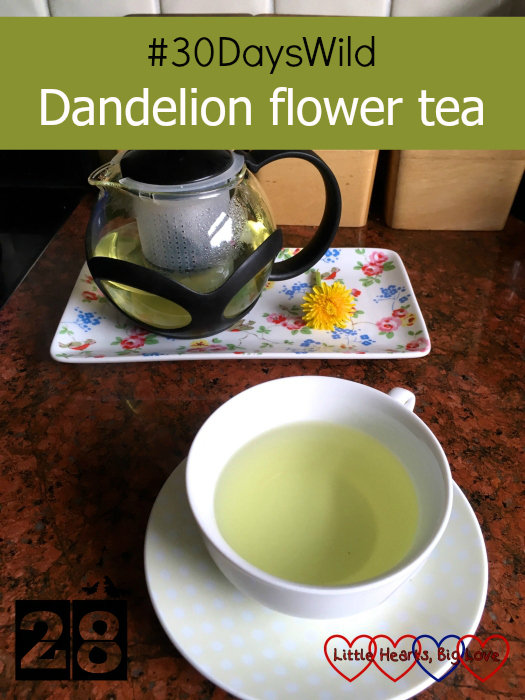 The whole of the dandelion plant is edible. The flowers can be used to make tea, wine or added to biscuits (such as in this yummy looking recipe from Craft Invaders that is on my list of things to try at some stage!) The roots can be used to make dandelion and burdock, or dandelion coffee and the leaves can be used in salads.  According to Wikipedia, dandelions provide a source of vitamins A, C, and K, and the minerals calcium, potassium, iron, and manganese. They also have diuretic properties (which is probably why I was told as a child that picking dandelions would make you wet the bed!)

I thought there were plenty of dandelions growing in my garden. It turns out that most of the yellow dandelion-like flowers in my garden aren’t dandelions at all – they are hawksbeards (crepis). Dandelion flowers grow on a single hollow, leafless stem that exudes a milky sap when broken. Hawksbeards have branched stems with multiple flowers. They are apparently edible, but are less palatable than dandelions and don’t have the same nutritional qualities. 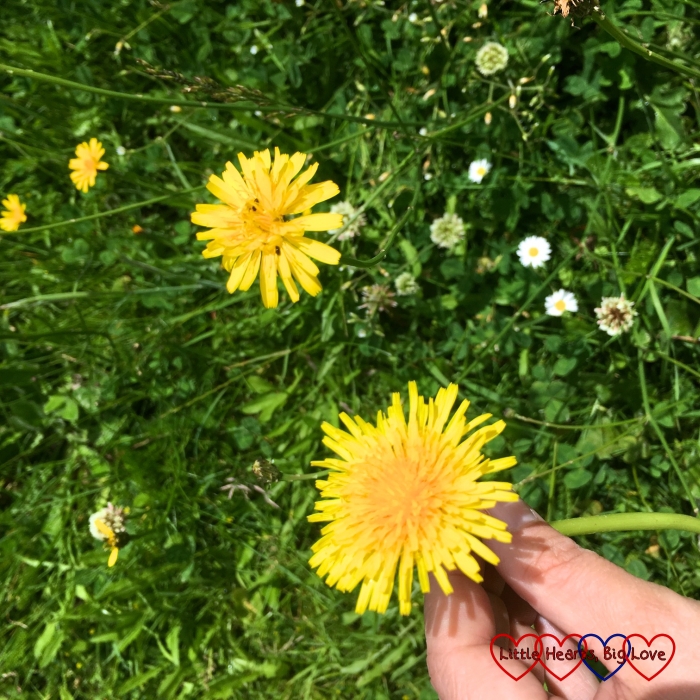 2) Place the flower heads in the tea pot (I used a tea press teapot but you could use a normal tea pot and just strain the tea when pouring). 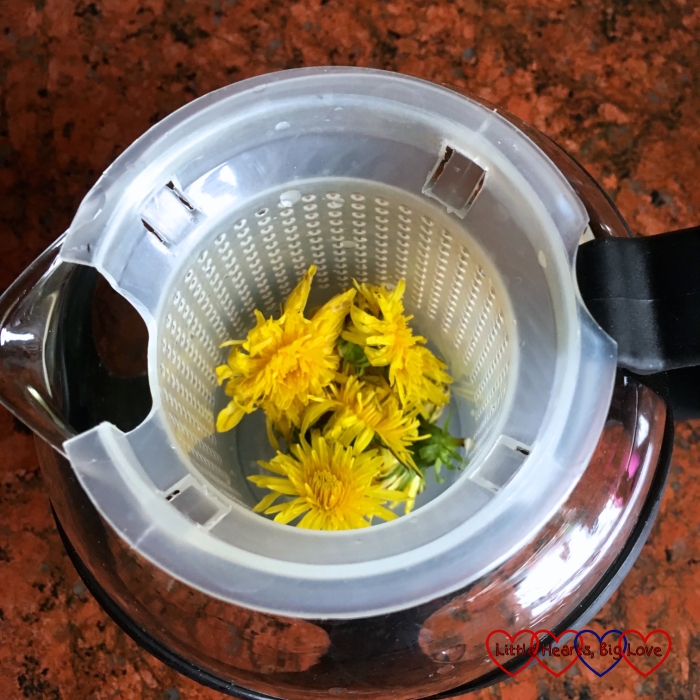 3) Pour over boiling water and leave to brew for 5-10 minutes.

4) Pour into a cup and add honey to sweeten if preferred.

I found the taste of the dandelion flower tea very delicate and subtle. I prefer my tea unsweetened generally so I didn’t add any honey to it. It made a nice change from my usual cup of coffee in the afternoon. 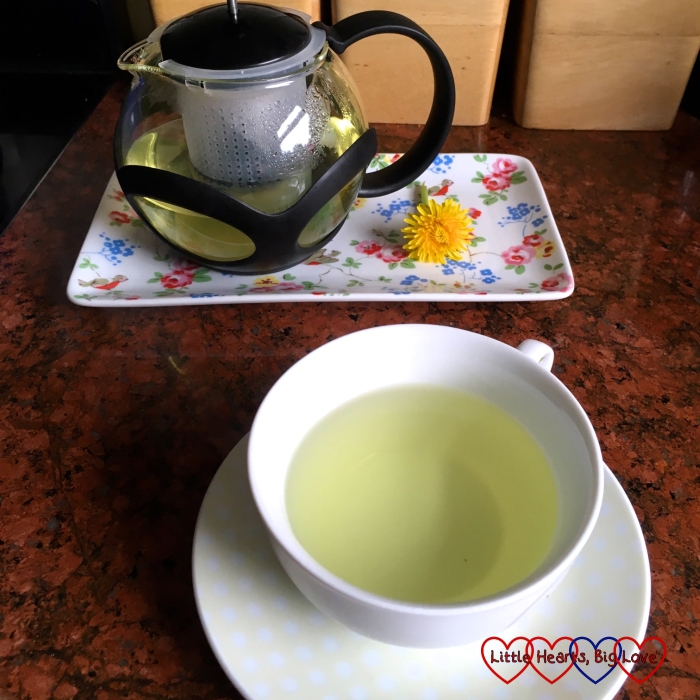