The stinging nettles have been running riot in one corner of my garden. I’ve never thought about doing anything with them before now. Normally, I would just pull them up and throw them in the garden waste. However, a recent blog post from Craft Invaders sharing her recipe for stinging nettle crisps inspired me to try something different. 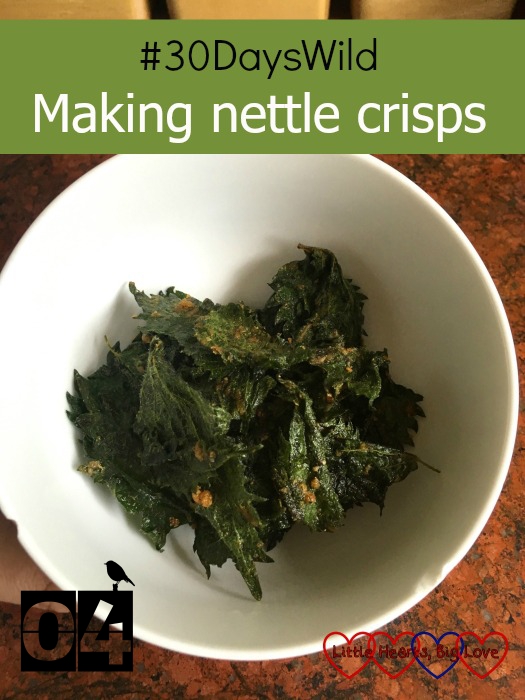 Having donned my gardening gloves, I gathered up some of the stinging nettles from the garden. I removed the leaves, washed them and dried them off on some kitchen paper. The nettle leaves were tossed in a mixture of olive oil, salt, black pepper, mesquite spices, and nutritious yeast. I  spread them thinly on a baking sheet and baked them in the oven at 130˚C until they were crispy. It took about 25 minutes for the nettle crisps to bake. 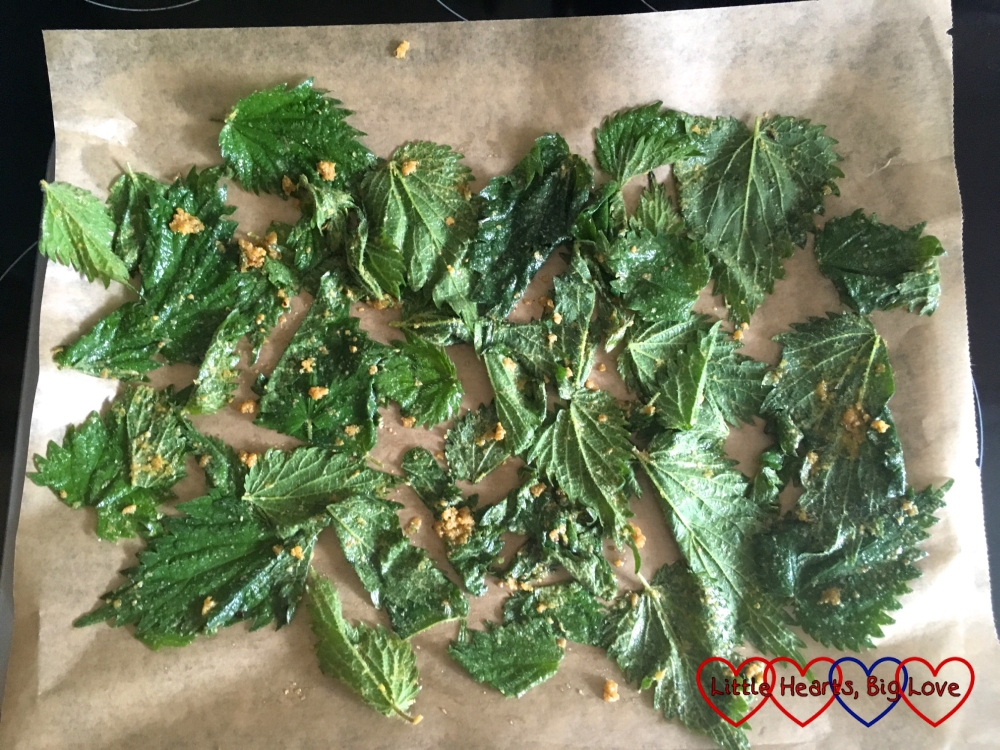 Despite being reassured by Craft Invaders in her post that cooking denatures the sting, I was still a little nervous at the prospect of putting a stinging nettle in my mouth! I needn’t have worried – there was no sting, just a delicious green crisp with a slightly nutty flavour from the seasoning I’d used.

Sophie is quite a picky eater at the moment so I couldn’t persuade her to try one. She just looked at the bowl and told me they were “disgusting!” Jessica was willing to taste one though. She told me it was delicious but wouldn’t try another one. I’m not sure she was too keen after all!

Overall I liked them, although I found the seasoning too strong after a while. If I make them again, I’ll try reducing the nutritious yeast and spices. I suspect I’ll be on my own when it comes to eating them though! 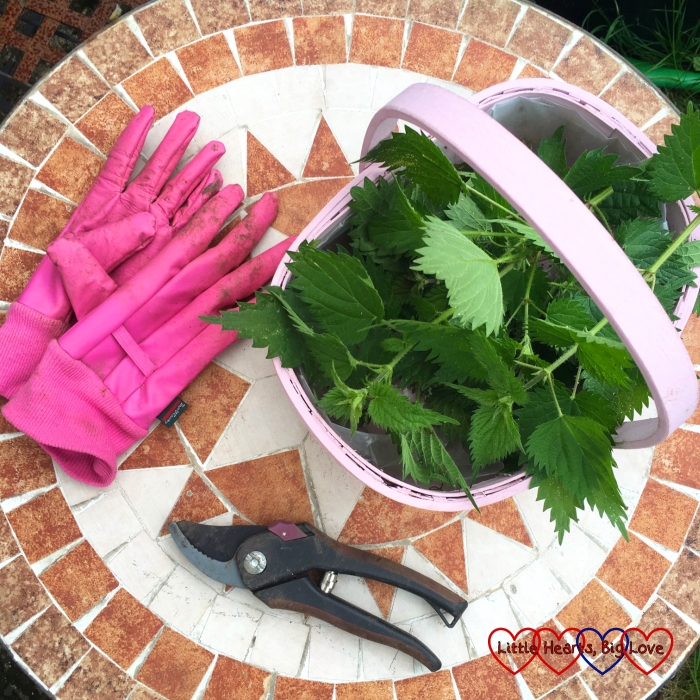