At the start of the year, I decided to take on the #1000hoursoutside challenge. This is my second year taking on this challenge, having managed to complete it in 2020. Setting myself a challenge is a great way to motivate me to spend more time outside especially in the winter months when staying indoors much more tempting! Here’s how I’m getting on so far. 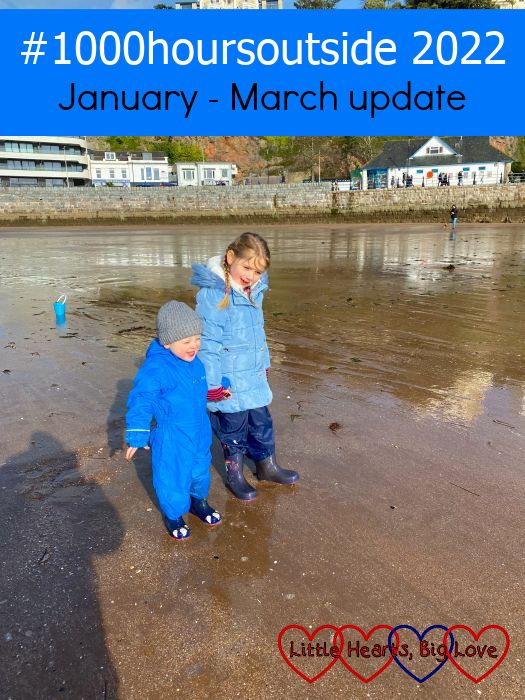 In 2020, I managed 36.5 hours outside in January, an average of 1.18 hours a day. One of the things I learned from doing this challenge last time is that catching up the hours in the summer months was much harder than I expected. This time I was determined not to fall too far behind early on and to try and improve on this number.

Being more intentional about getting outdoors definitely helped. I booked Forest School sessions for Thomas each Friday and we usually ended with going to the café and sitting outside for lunch (as we were already wrapped up nice and warm for Forest School). As a result, Fridays were by far our best day for getting outside with our average outdoor hours for Fridays being just over 3.5 hours. 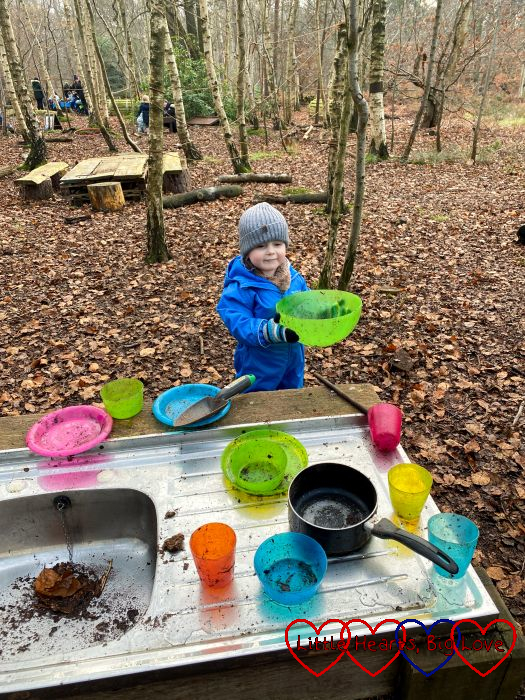 Having a longer school run and walking to some of Sophie’s activities also helped improve our ‘baseline’ outdoor time. I also started getting in the habit of having a trip to the playground most afternoons before the afternoon school run which Thomas thoroughly enjoyed.

A good start to the year, beating our January 2020 total by almost 18 hours. 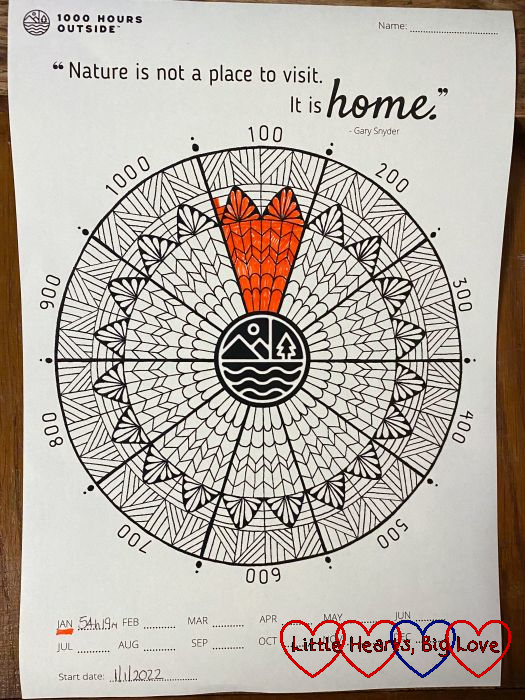 In 2020, we managed 31.25 hours outside in February. The weather was on our side this year as it was quite dry for most of the month. Once again I was aiming to improve on 2020 but also on our average for January. I thought half-term might help give an opportunity for outdoor adventures but we didn’t get outside quite as much as I thought we would. Having a routine and getting outside as a result of going to and from activities/school was definitely easier. We did have a day out at Legoland which gave us quite a big chunk of outdoor time though. 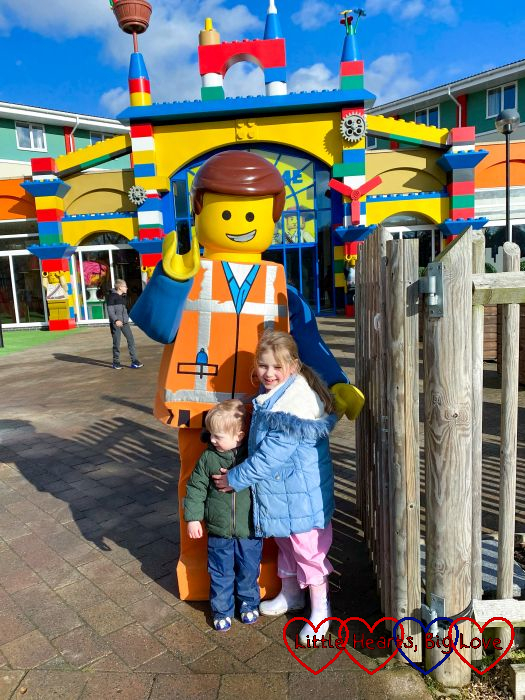 Fewer hours than January, but a shorter month made for a better average overall. We also improved on our February 2020 total by more than 22 hours. 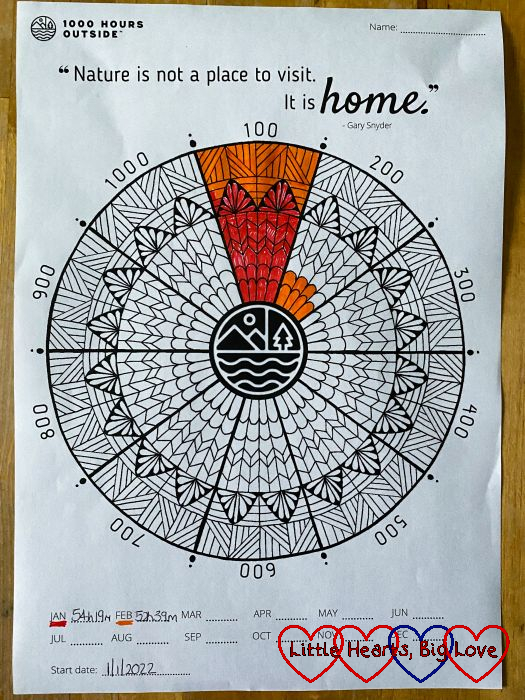 With longer days and the start of some warmer weather, it was time to start trying to get back on target. 1000 hours over a year works out at about 2.75 hours per day and this was the point in the year to start aiming to get closer to that average. My total for March 2020 was 63.25 hours which was just over 2 hours a day. Once again I was aiming to improve on this. 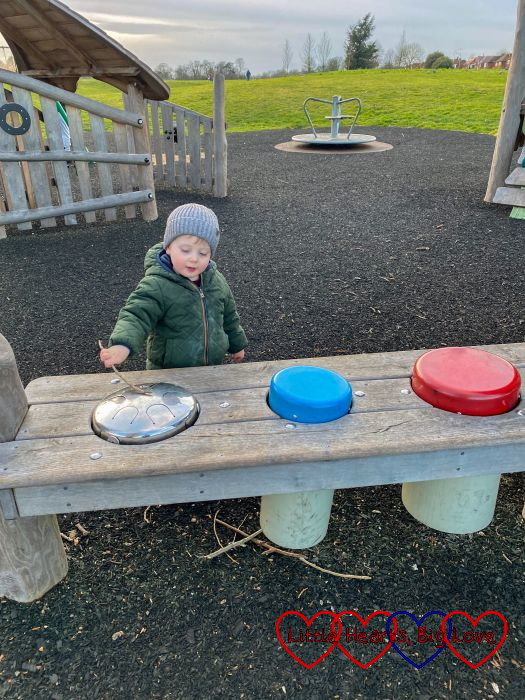 We were able to get out into the garden a lot more during March thanks to some warmer spring days and the lighter evenings meant that trips to the park during Sophie’s dance classes started to become an option. I also started taking my laptop outside and working outdoors in the mornings while Thomas was at preschool. We were on track to reach an average of 2.75 hours in March when Covid struck in the last week, limiting any outdoor time to the garden when we were feeling up to it.

Not quite as high as I was hoping but still 14 hours more than March 2020. 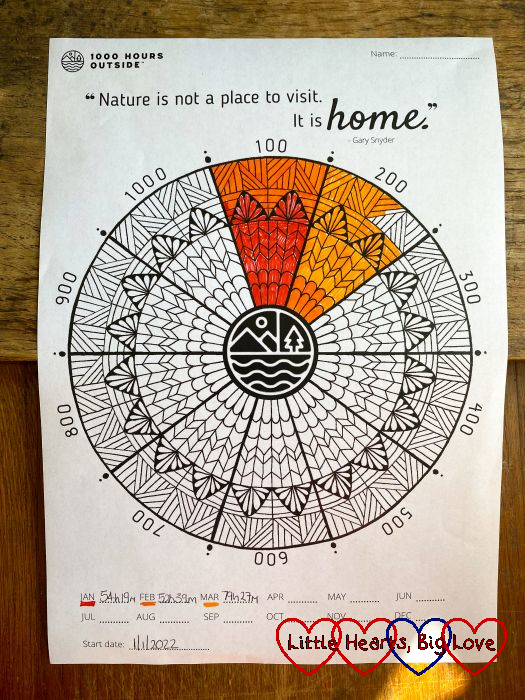 The first quarter of the year was always going to a trickier time to get outside hours in. I’m happy to have managed an average of more than 2 hours each day so far. I’ll need to average 2.96 hours per day for the rest of year to stay on track but that’s achievable with the summer months ahead.

My total for 2020 at this stage was 131 hours so I’ve improved on that by more than 54 hours. I’m glad to have made a stronger start this time around – hopefully it will help make things easier later on.

Are you doing the #1000hoursoutside this year? How are you getting on so far?