I’ve never attempted to build a scarecrow before but when I spotted on Facebook that a nearby farm shop was organising a community fundraising day to build a scarecrow and help raise funds for CalAid, I thought it sounded like fun.  Family time together plus doing something for a good cause – what wasn’t to like?  They were also collecting clothes for the refugees in the Calais jungle which was very handy as I’d just had a big clear-out. 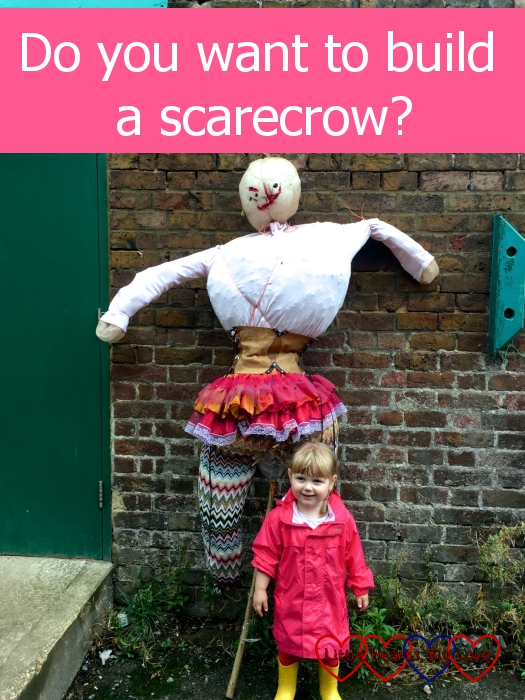 Some of the donated clothes that weren’t going to be sent to the refugees had been laid out on a table and the girls had fun choosing what our scarecrow was going to wear.  We made the head and arms out of a pair of tights stuffed with bubble wrap and attached it to a big stick.  The next step was to stuff the clothes with straw and use string to tie them all together. 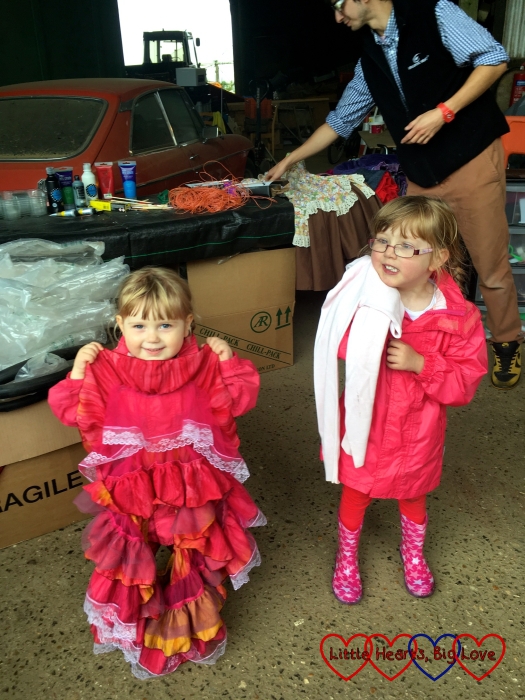 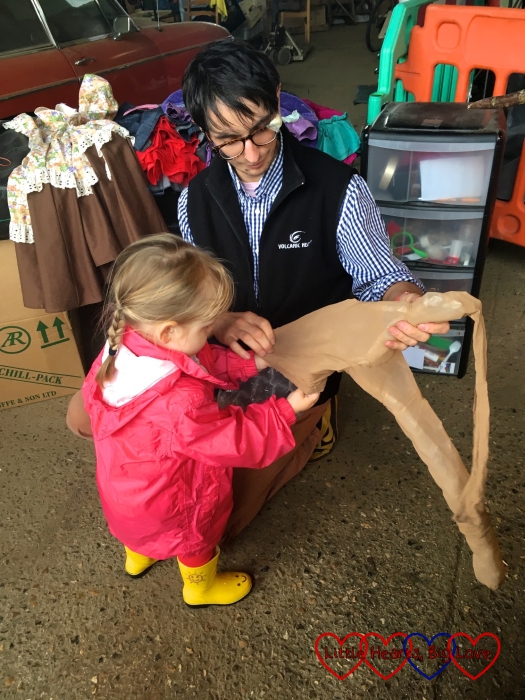 We soon discovered that the weight of the straw meant that the legs and body of our scarecrow kept sliding down the pole.  We tried using string, or creating a “seat” for the scarecrow using bubble wrap, but soon realised that what we needed was some means of supporting the arms.  We decided to go for the traditional approach of pushing a second stick through the arms and attached it across the top one which was much easier said than done!  In hindsight I think perhaps it would have been much easier if we’d created the frame for the scarecrow first! 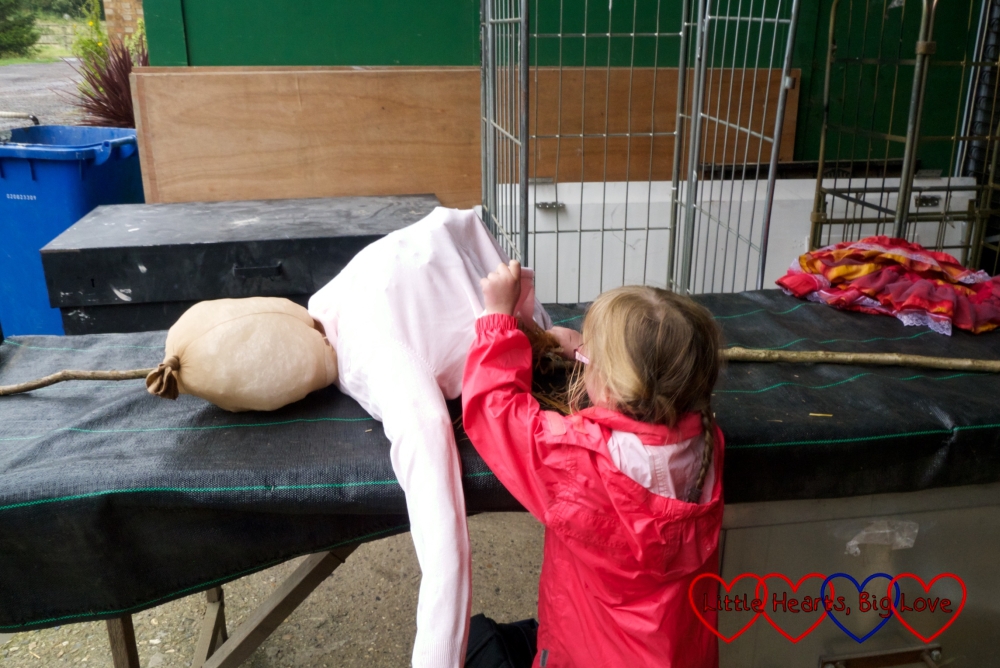 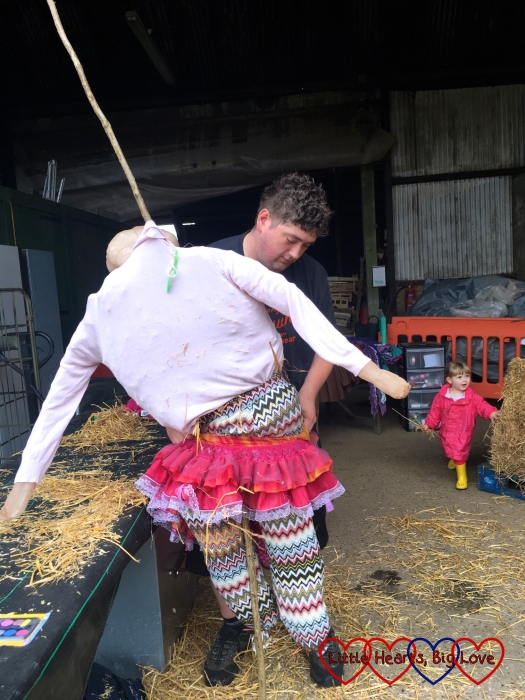 Having finally managed to secure our scarecrow to the sticks, it was time to create a face.  Jessica had fun drawing the eyes, nose and mouth on to our scarecrow and decided that we were going to name her Lily. 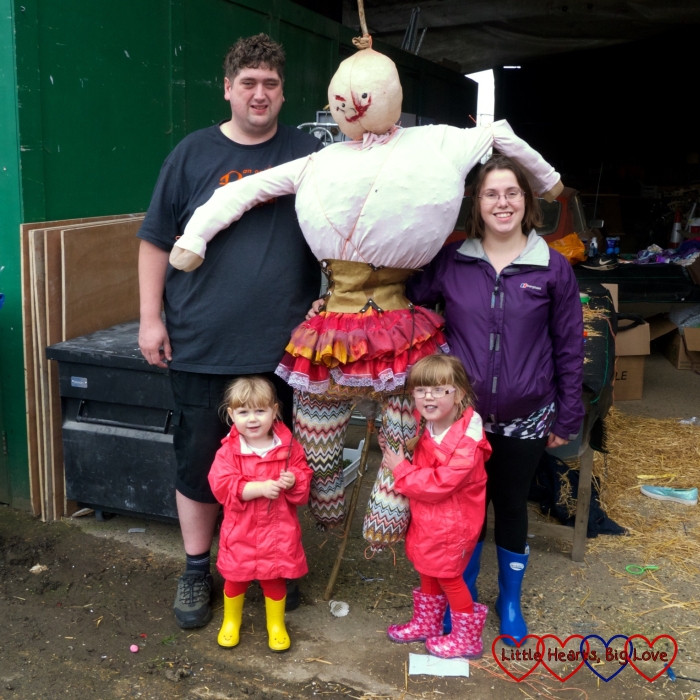 We didn’t win the competition for best scarecrow but we certainly had a lot of fun making her and it was good to know that we were helping a good cause at the same time!

49 thoughts on “Do you want to build a scarecrow?”