I’ve been enjoying reading about Hannah from Mum’s Days’ castle challenge this year after she set herself a challenge to visit all 45 castles in Northumberland. I love history and have to admit to having a few moments of castle envy as there aren’t very many to visit near where I live. So when we visited Scotland this week and passed the ruins of Urquhart Castle as we were driving along Loch Ness, I couldn’t resist taking the opportunity to visit. 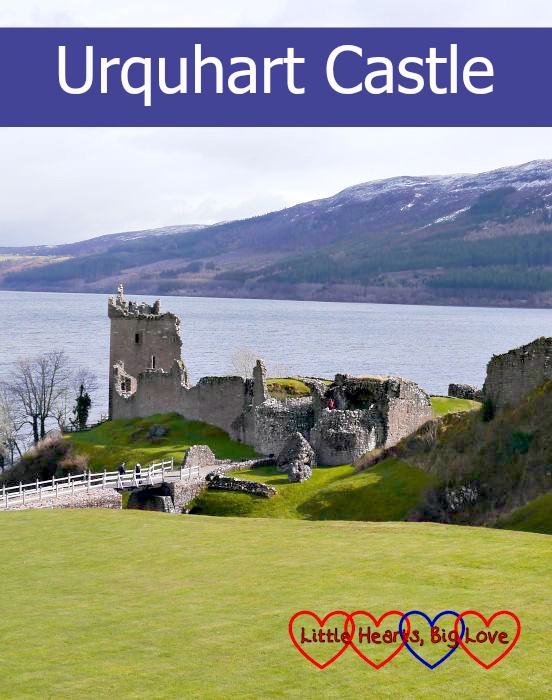 Urquhart Castle dates from the 13th century although a Pictish fort probably stood on the site before the medieval castle was built. The largest and most complete building still standing is the Grant Tower which was built in the 1500s. Although it was a royal castle for many years, it was never the main residence of the lords who owned it. It was last occupied during the Jacobite Risings between 1689-1692 when the gatehouse was destroyed by the defending garrison to prevent the castle being used by the Jacobites. It is now owned and conserved by Historic Scotland. 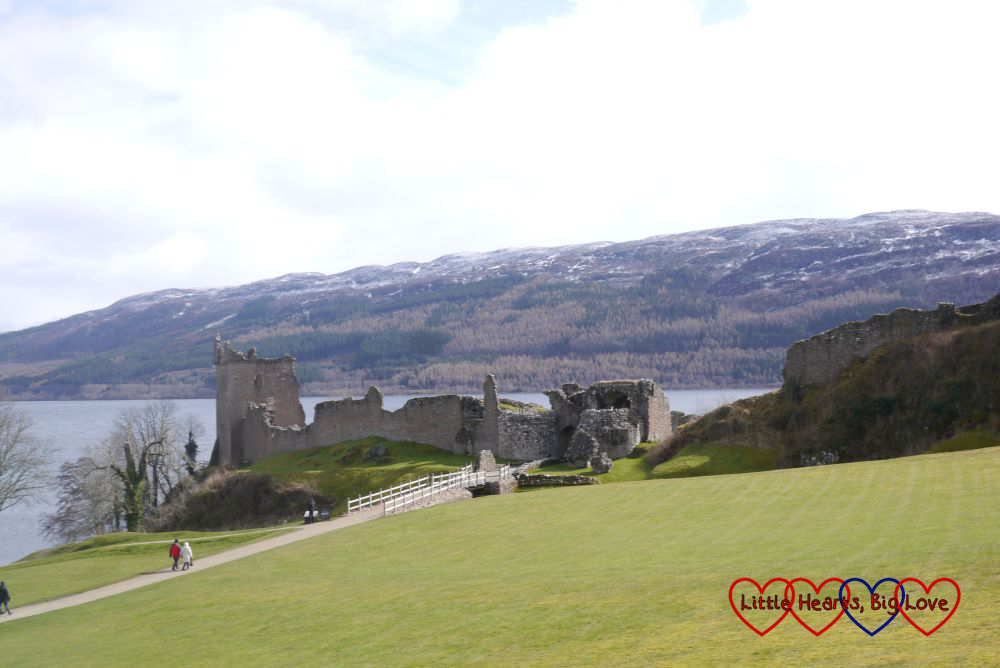 Entrance to the castle costs £8.50 for adults (with admission for Jessica and Sophie being free as they are under 5). There is an exhibition giving details about what life in the castle would probably have been like and models of the castle as it may have looked. There is also a short film which gives more information about the castle, although we didn’t stop to see this as the girls were quite keen to go and see the castle at the point when the film was starting. 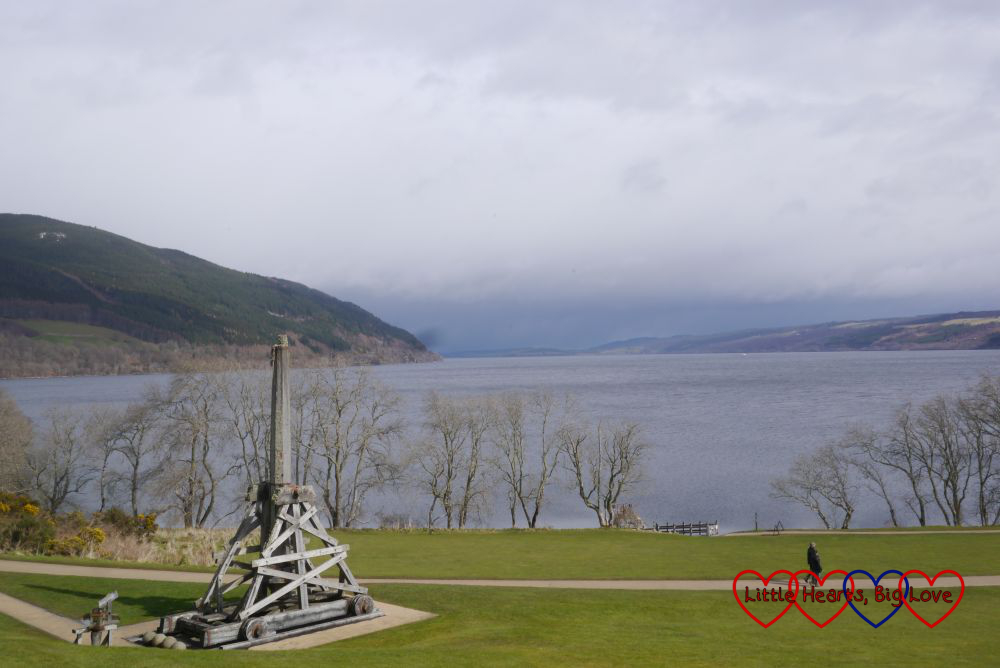 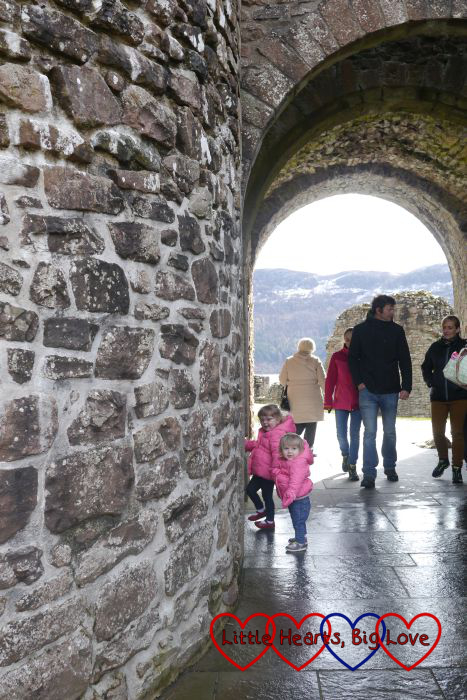 The view walking down from the exhibition to the castle itself is beautiful with Loch Ness as the backdrop to the ruins. Jessica enjoyed riding on Daddy’s shoulders past the working replica of a trebuchet and both girls were keen to wander about and explore once we had reached the gatehouse entrance to the castle. 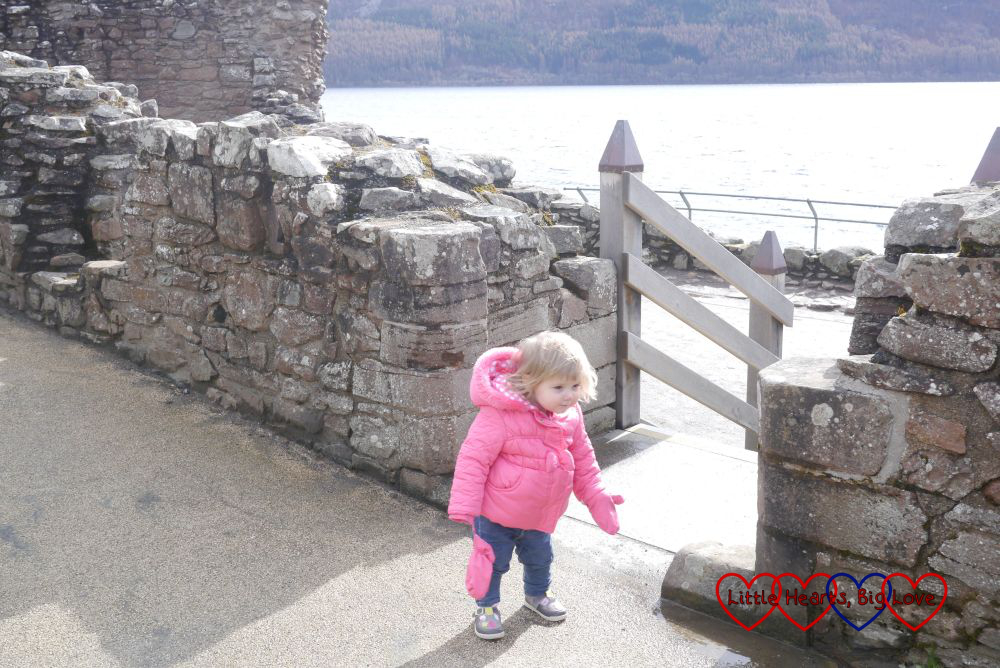 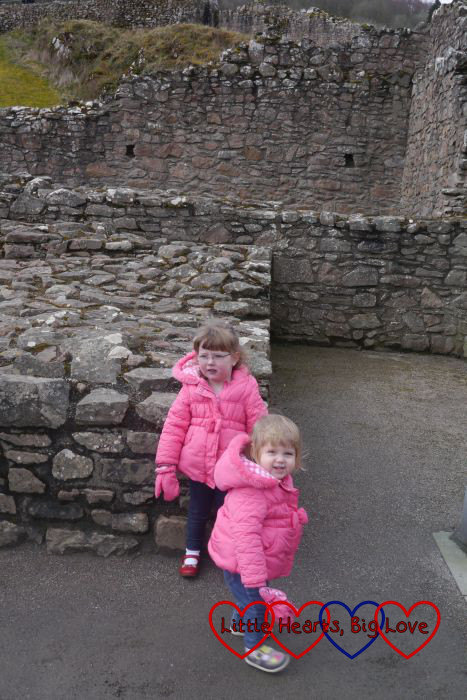 There are quite a few steps to get to parts of the castle which were fairly easy for both Jessica and Sophie to manage and both girls enjoyed having the opportunity to explore. 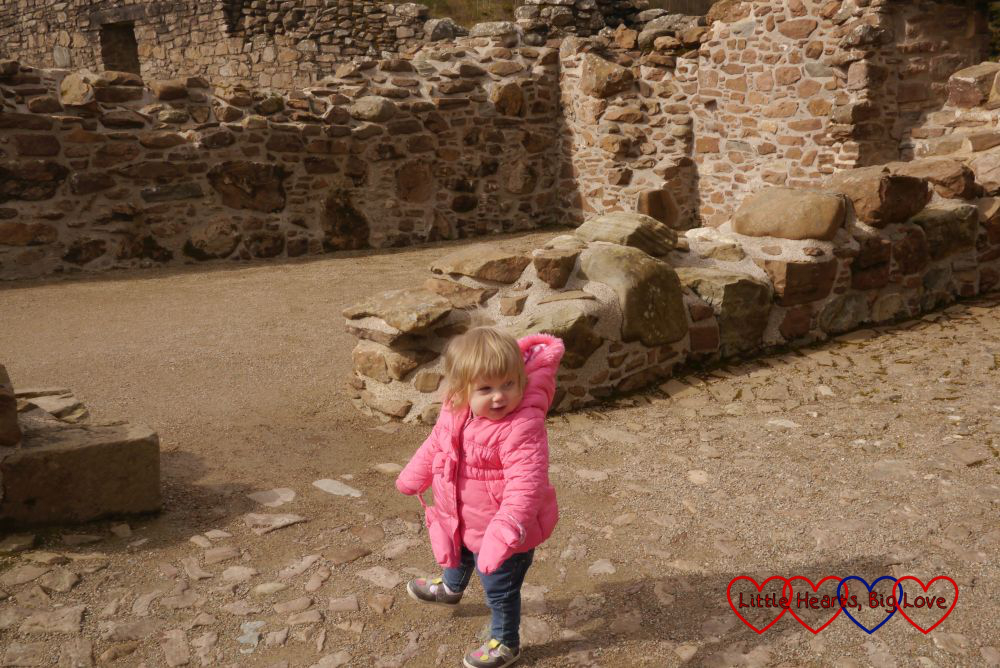 We went inside the entrance floor of the Grant Tower and the girls were quick to make a beeline for the spiral staircase but I wasn’t quite brave enough to attempt to go up and down it whilst having to carry one of them so we didn’t get to explore the other floors or see the view from the top of the tower. 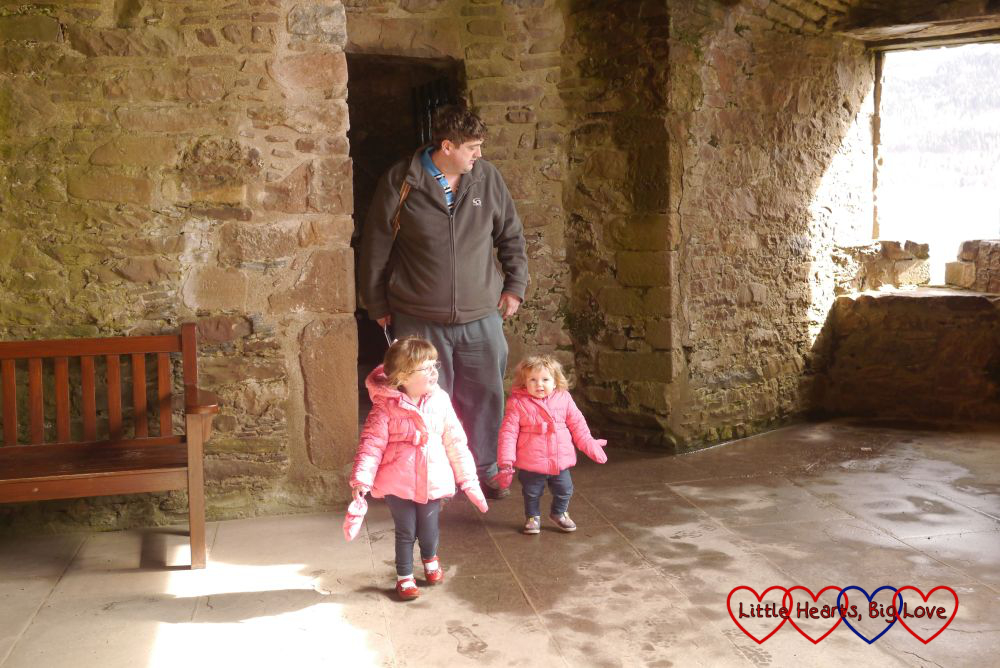 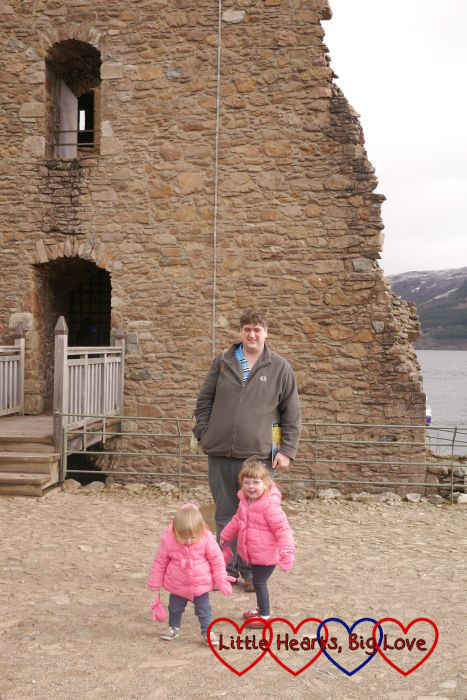 As we headed back down the hill from the Grant Tower towards the gatehouse, it was starting to rain and so we headed back to the café for some lunch before heading off on the next stage of our travels around Scotland. Jessica was quite taken by a little model of a princess in the gift shop which she promptly christened “Hellie” and it has rapidly become her new favourite toy, helping keep her amused during some of the long car journeys.