Every so often, we have a theme week for crafts. It makes it easier for me to think of ideas (or find some on Pinterest!) This week, “in the sky” was the prompt for our crafting endeavours. Most of our creations have been simple enough for both my toddler and preschooler to join in with, without too much assistance being needed from Mummy. 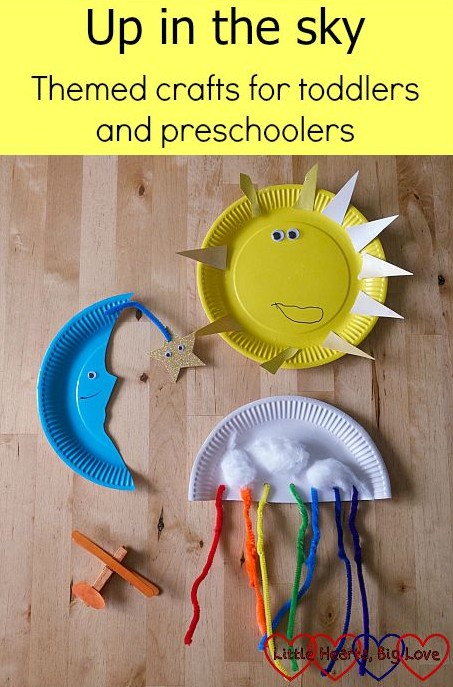 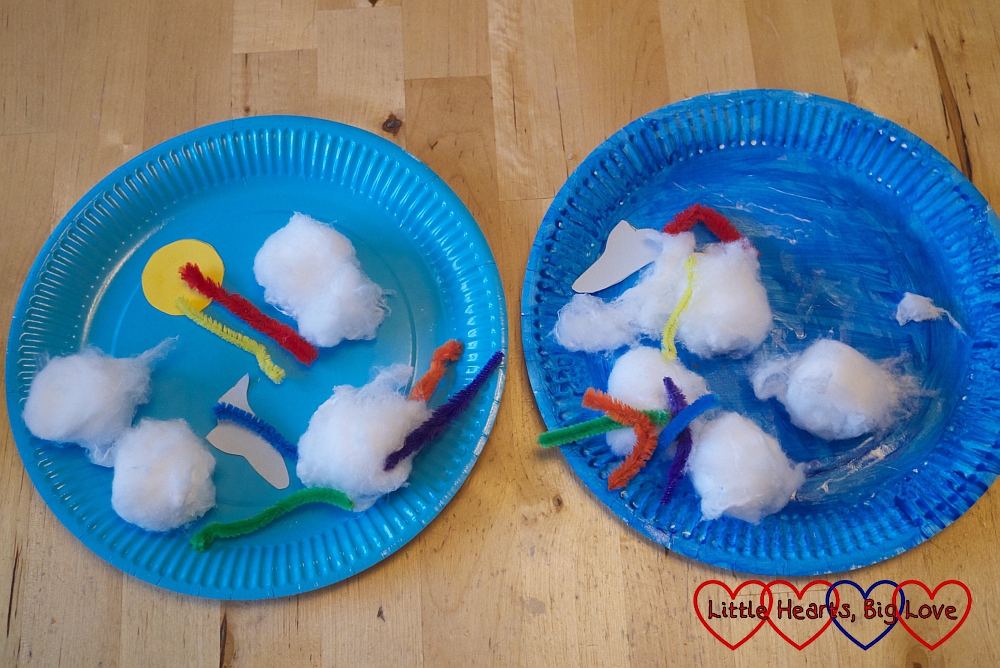 This was a nice simple activity for both the girls to do. A blue paper plate as the background for the sky, fluffy cotton wool balls for clouds, coloured pipe cleaner pieces for a rainbow and cut-out shapes for the sun and an aeroplane. Sophie needed a little help trying to get the cotton wool balls to stay on the plate rather than on her glue-covered fingers. The rainbow colours were mostly scattered across the “sky” too! Other than that (and me cutting out the sun and aeroplane beforehand), they were happy just to get creative by themselves. 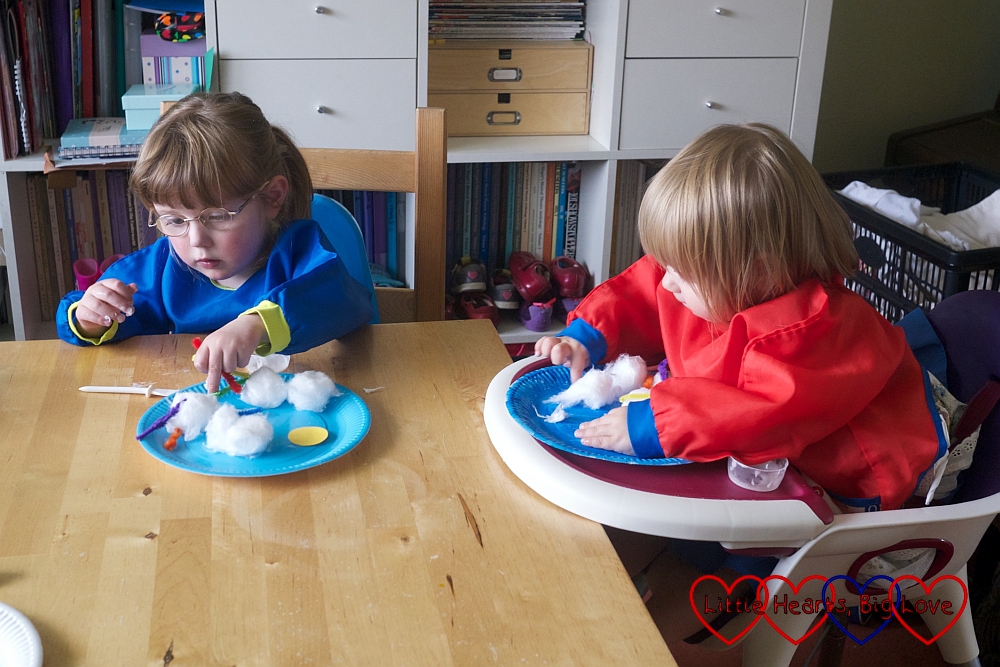 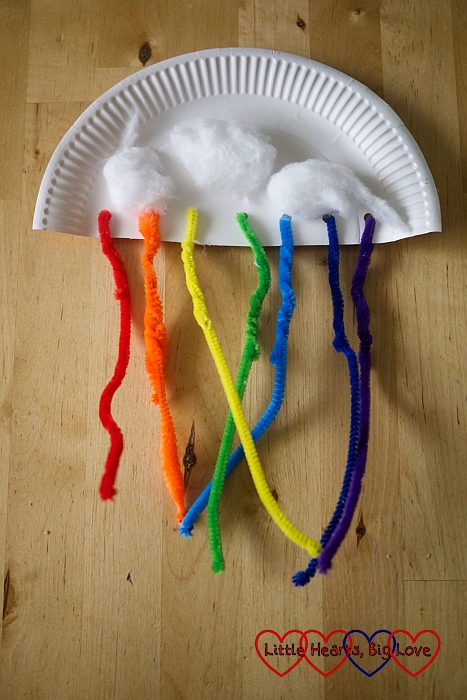 I have Bing Bunny to thank for Jessica knowing the order of the colours in the rainbow. There is a little song that the characters sing in one or two episodes to help them remember the colours. Jessica happily sang this to herself as she threaded the pipe cleaners through the holes punched in half a paper plate. She only needed my help to twist them to keep them in place. Coloured strips of paper or ribbon would also work well instead of pipe cleaners – we just didn’t have all the right colours. Fluffy cotton wool balls glued into place finished off the cloud beautifully. 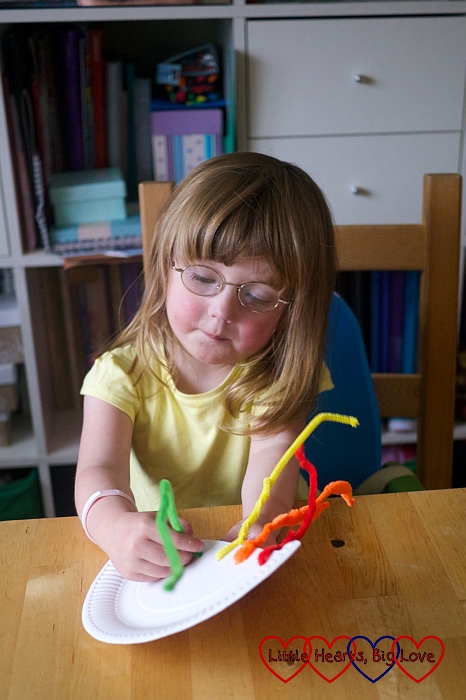 Another very simple activity – a yellow paper plate with pieces of yellow paper stuck around the edges. Jessica enjoyed practising her scissor skills and helping to cut out the sun’s rays. Sophie preferred to stick her paper pieces in the middle of her sun rather than around the edges though. We finished off with a couple of googly eyes and then used a black marker to draw a mouth. 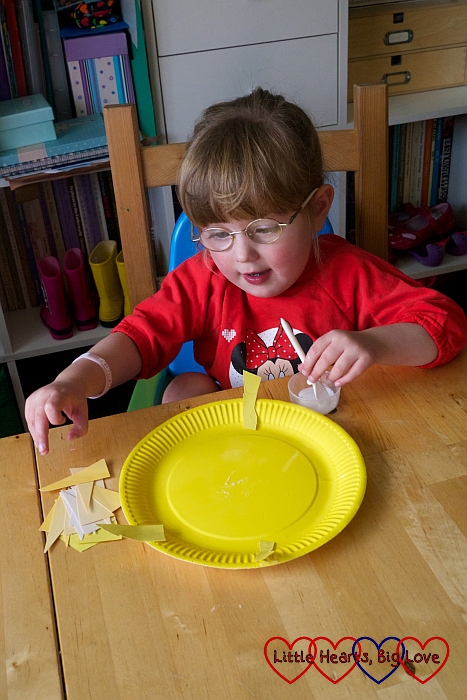 The girls needed a lot more help with this one. I cut a blue paper plate in half and then cut out the outline of the moon on each half. The star was cut out of sparkly gold card. Both girls needed some help to attach it to the moon with a pipe cleaner (which was taped down at the back of the moon and star). They did add the googly eyes and black marker pen mouth themselves though! 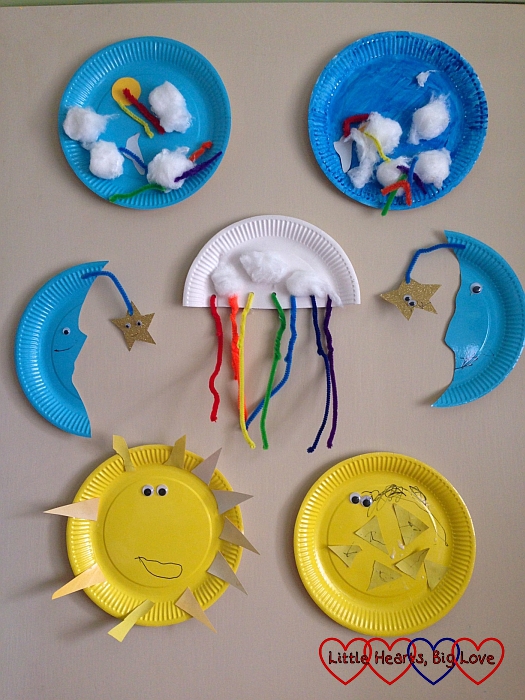 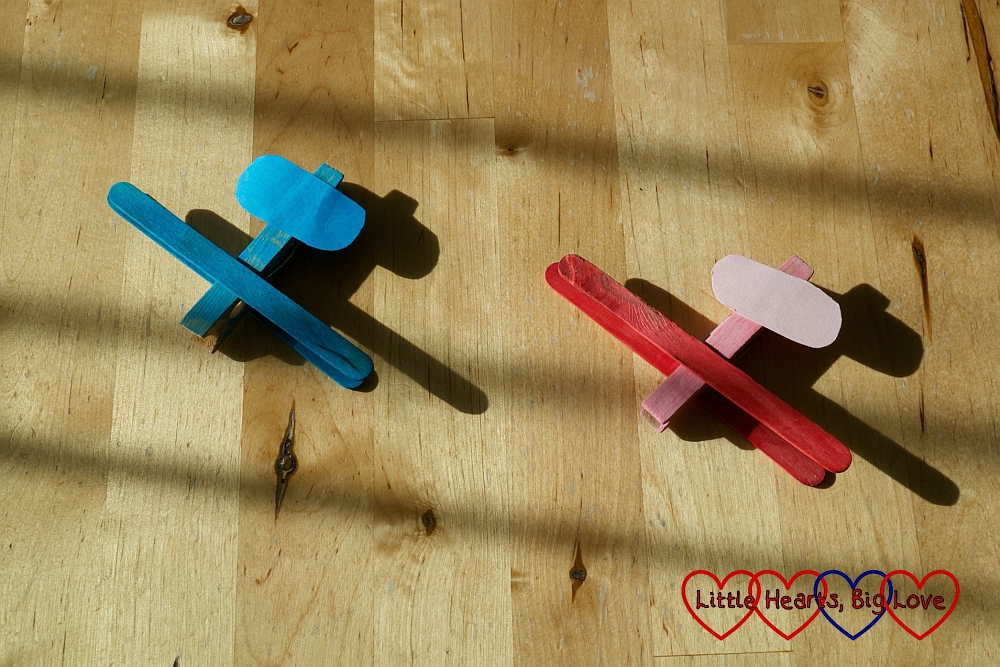 Our final “in the sky craft” – painting a wooden clothes peg and gluing two lolly sticks top and bottom and an oval shaped piece of cardboard on top. Sophie needed a little guidance to get the paint on the peg and a lot of help with sticking the lolly sticks in place. Jessica managed quite well with only a little assistance though. 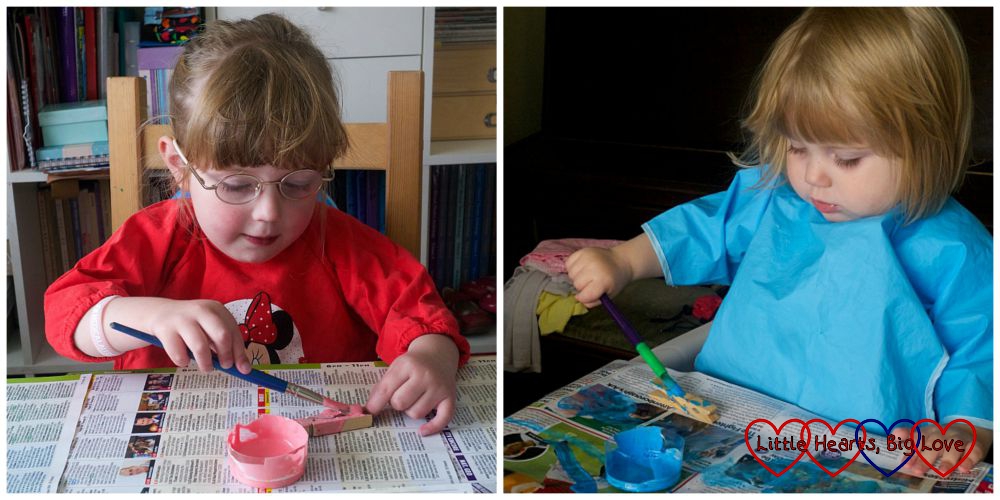 32 thoughts on “Up in the sky: themed crafts for toddlers and preschoolers”