Since getting National Trust membership at the beginning of the year, we’ve been looking at different places to visit.  Osterley Park has been on my list for a while and so when I saw that our church was organising a day out there recently, I knew I had to sign up for it.  My mother-in-law also came along with us for the day and the girls were very excited about having a day out with Grandma. 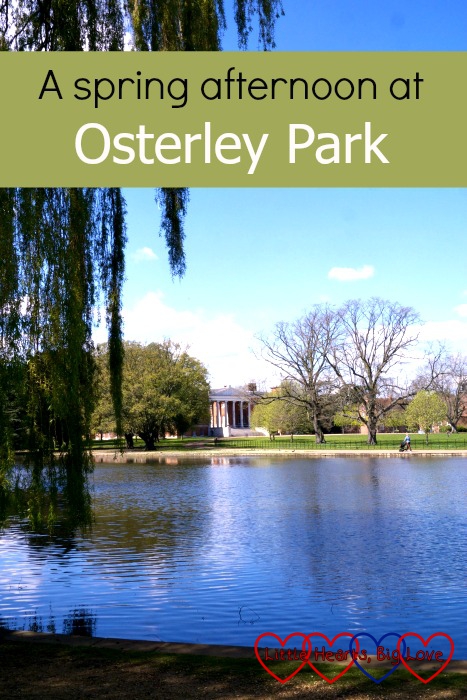 The walk from the car park along the Garden Lake is beautiful and the girls enjoyed spotting ducks and swans as we made our way towards the house.  Normally on a day out, we tend to focus on exploring the outdoors but as the rest of the church party were keen to explore the house itself, we joined them. 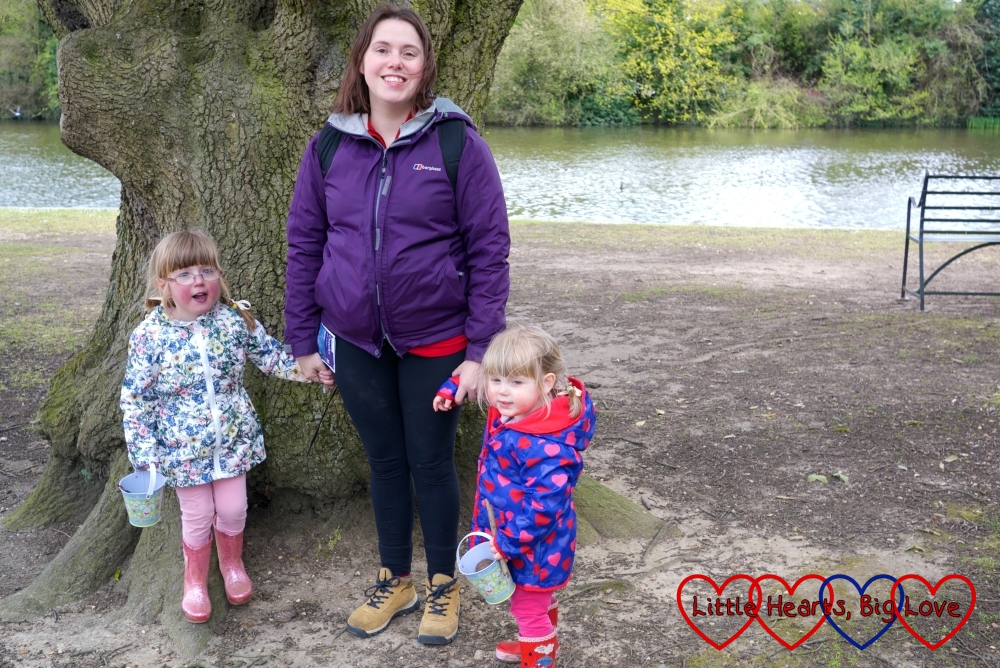 It can be a little nerve-racking explore inside a stately home with the girls as they do like to investigate things as closely as possible – and of course, there are always things that really shouldn’t be touched! The long gallery was quite enticing for them in this respect – lots of interesting things that definitely needed to be firmly out of bounds for little fingers!  Had Grandma not been with me to help with the girls, I’m not sure I would have dared let go of them long enough to take any photos! 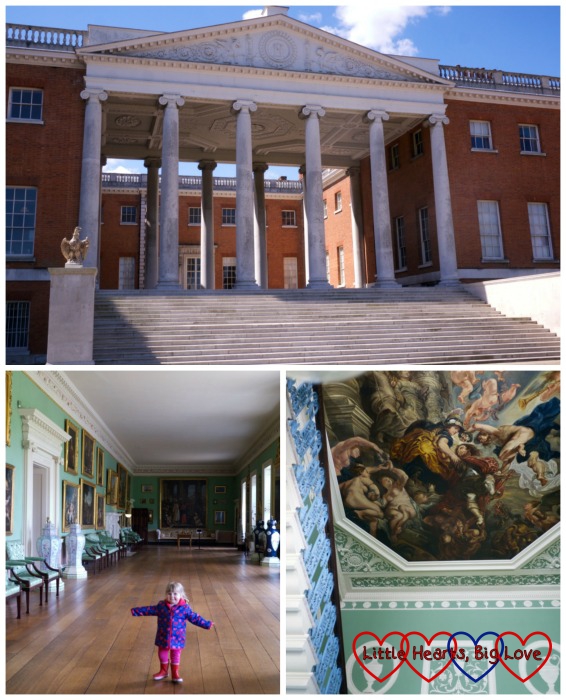 We had a bit more luck further on in the house though once we reached the servant’s area which was much better for the children to be able to look more closely at things.  The “wigs and bums” room was very appealing – and the girls couldn’t resist the chance to dress up “as princesses” although I think the dresses were perhaps a little on the large side for them!

Once outside the house, we stopped at the Stables for some lunch before exploring the grounds a little more.  Jessica quite enjoyed the garden house and Mrs Child’s flower garden and looking at all the pretty flowers she found there.  I suspect she was also looking for fairies as well as they feature quite strongly in her imagination at the moment.  Sophie was quite happy with her little bucket, collecting up stones and sticks and various “treasures” along the way and just generally enjoying being out with Mummy, Jessica and Grandma on a nice walk. 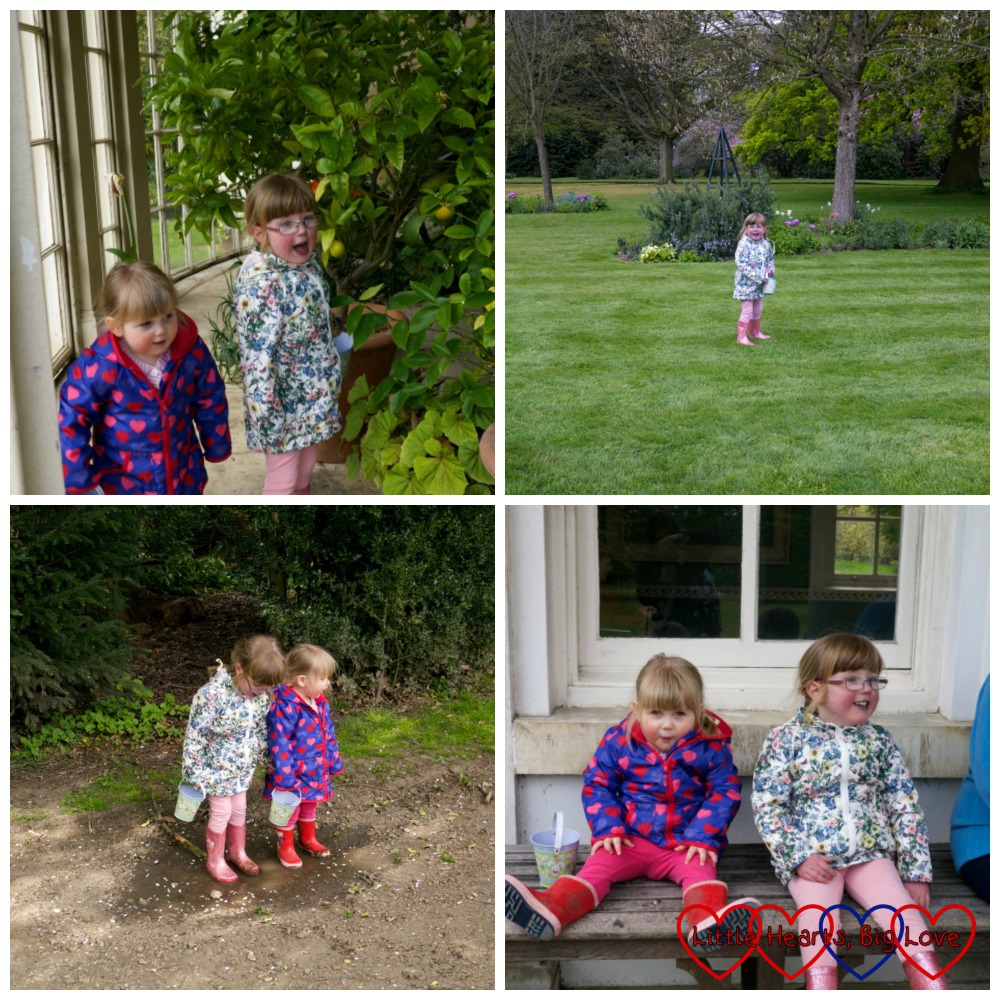 I was quite keen to find some bluebells and take some photos of the girls in amongst them and there were plenty of these about – although mostly fenced off.  We did manage to find a patch of them near the Temple of Pan where the girls could look at the bluebells more closely (and sit down for a rest in amongst them).  Finding a nice puddle to stomp in nearby was an added bonus! 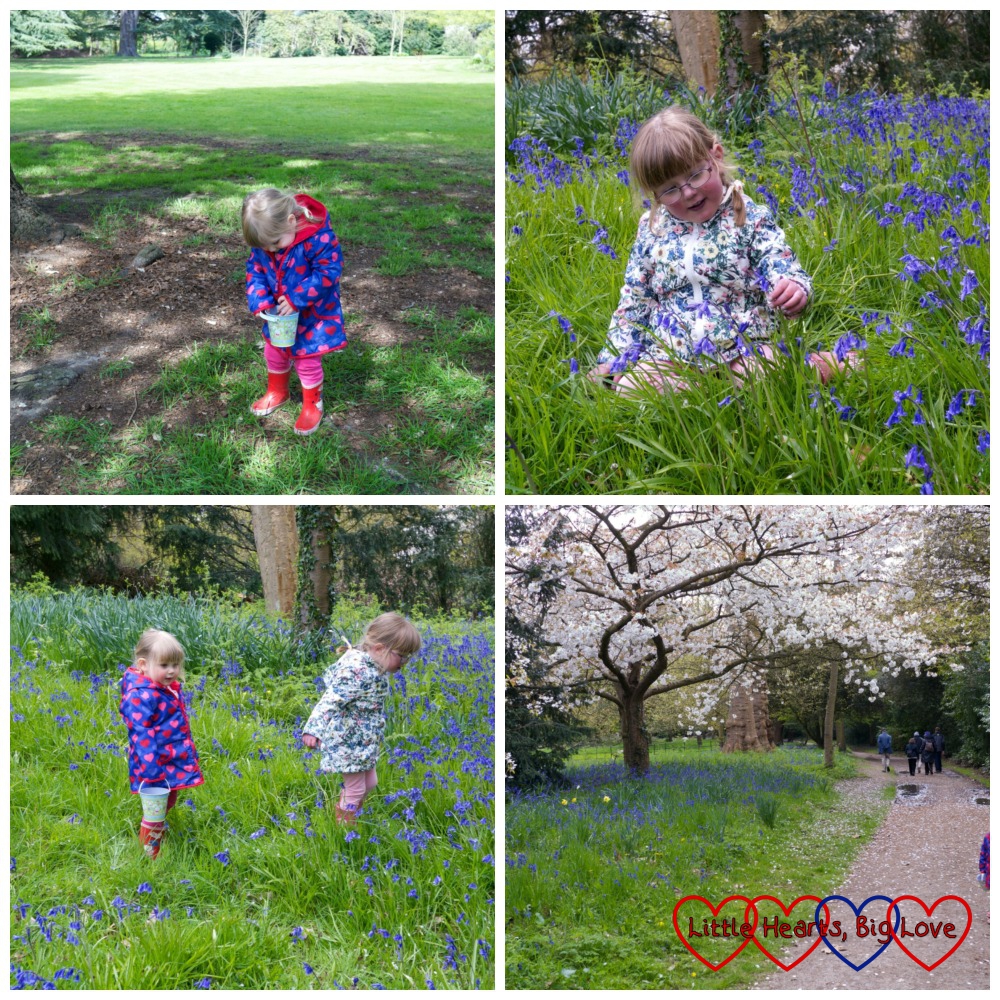 Having managed to capture some bluebell shots, it was time to start heading back towards the house.  I would have liked to explore the grounds a lot more than we did, but the rest of the party were quite keen to head off by that stage, and to be fair, Jessica was certainly starting to get tired after all the walking she had done.  It means that a return visit is definitely on the cards though! 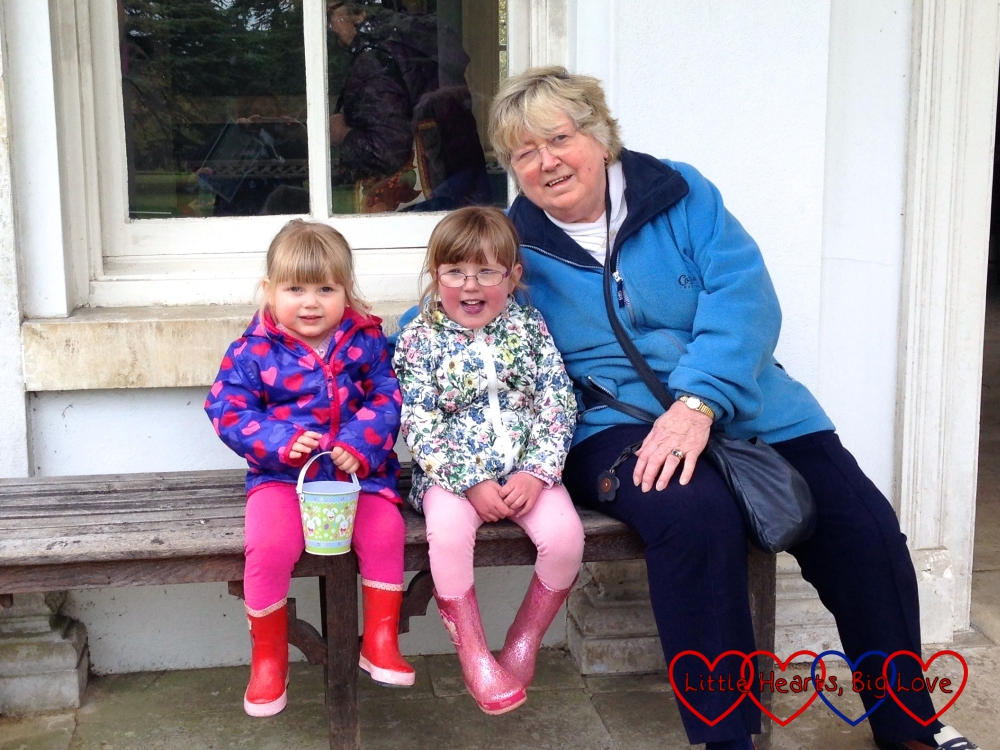 20 thoughts on “A spring afternoon at Osterley Park”