During half-term we headed to Black Park to take part in their Halloween trail. Sophie and I had arranged to meet up with her friend F and his mummy. Black Park was the perfect place to meet, especially with the trail taking place. 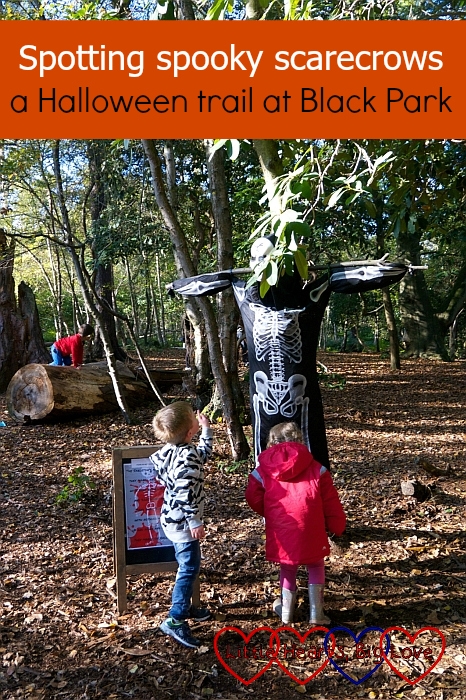 For this year’s Halloween trail, we had to find ten spooky scarecrows, write down the letter found at each one and then rearrange the letters to make a word. 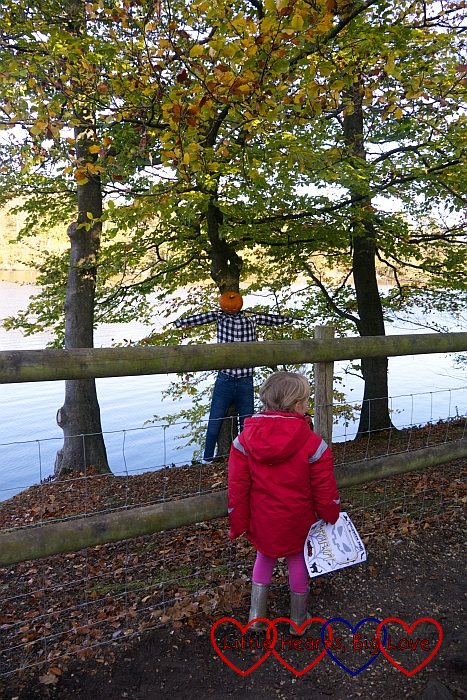 One of the things I love about the trails at Black Park is the information on the boards at each point on the trail. I always seem to learn something new along the way. The first scarecrow we found had a carved pumpkin for a head. The information board shared the story of the origins of carving jack o’ lanterns from pumpkins. This tradition stems from an Irish myth about a man called Stingy Jack who tricked the Devil. When Jack died, God wouldn’t let him into heaven and the Devil wouldn’t let him into Hell. Instead his soul was condemned to roam the earth. Irish people carved demonic faces in turnips to frighten away Jack’s soul. When Irish immigrants arrived in the USA, they started carving the faces in pumpkins instead. 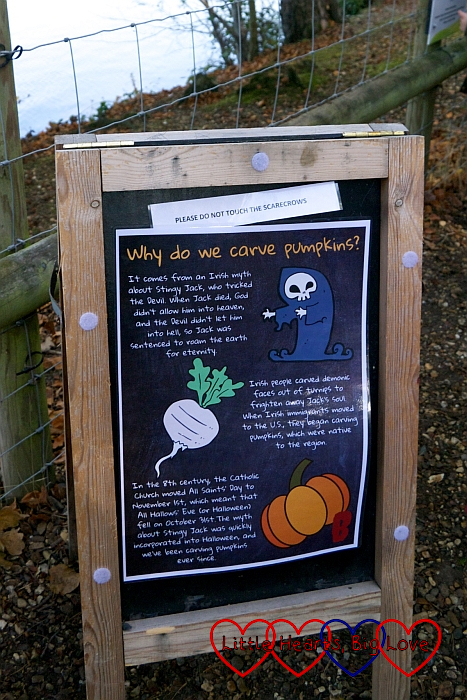 Each scarecrow was very different. Some of them, like the witch scarecrow, weren’t too scary. Others were much creepier. The creepy clown one was quite sinister. I was quite glad to move on quickly from that one! 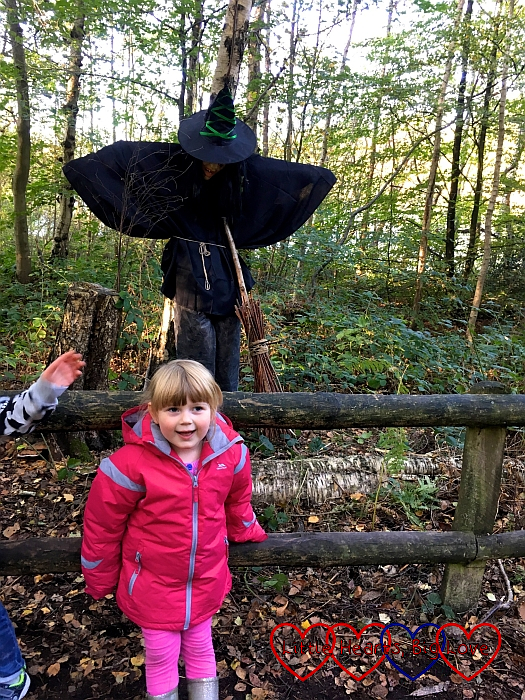 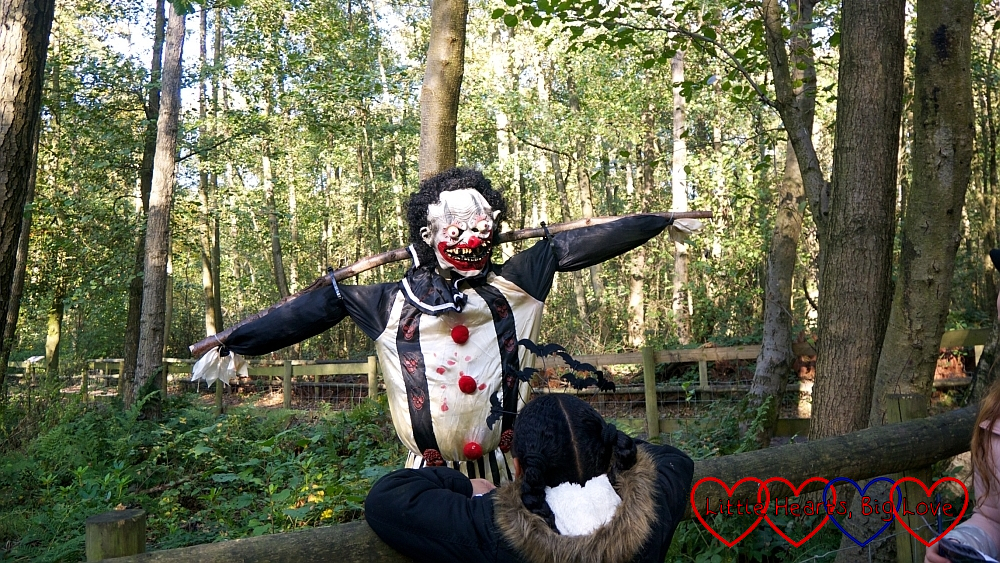 Black Park is a wonderful place for imaginative play. Sophie and I often look out for fairy holes in the trees and pick up “elf hats” (acorn cups) to leave next to them. The imaginative play that the woods could offer was more appealing than the trail at the halfway point. Sophie and F were having a wonderful time playing hide and seek, throwing leaves and chasing each other through the trees. 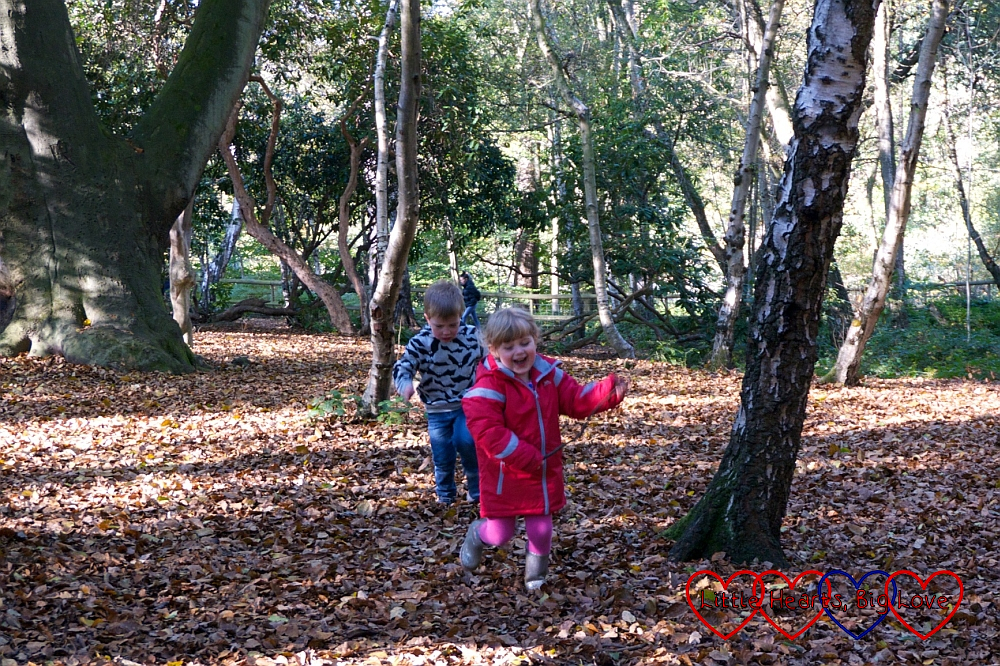 A log became a train, a bed and then a shop counter. Leaf-covered Branches were sticks for toasting marshmallows or dinosaur claws. Sophie and F spent ages going from one imaginary scenario to another. They were having the most wonderful time. It was lovely to watch them using their imaginations and having so much fun. 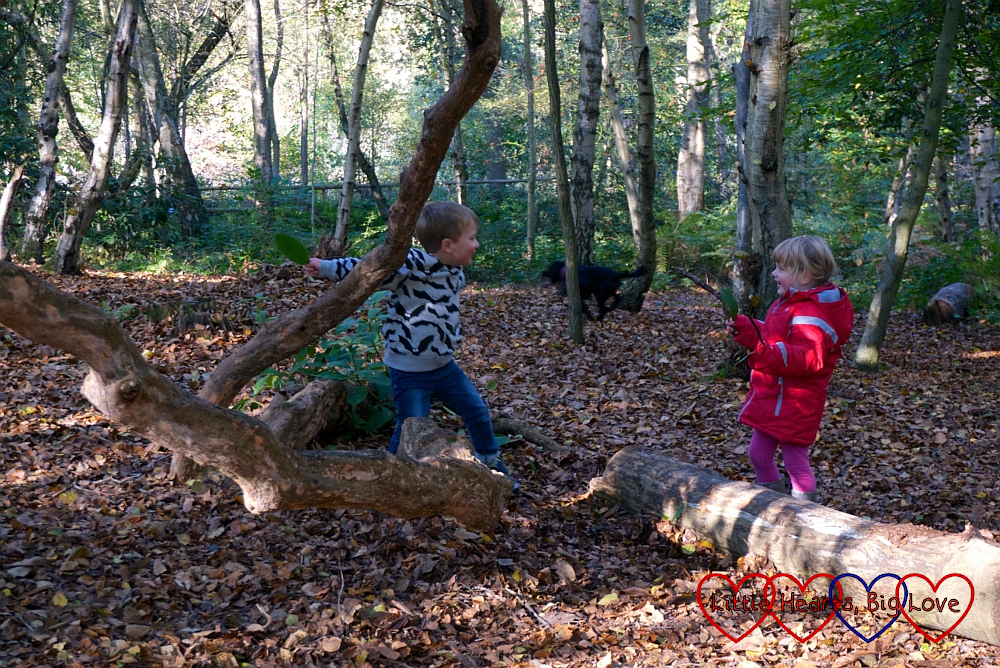 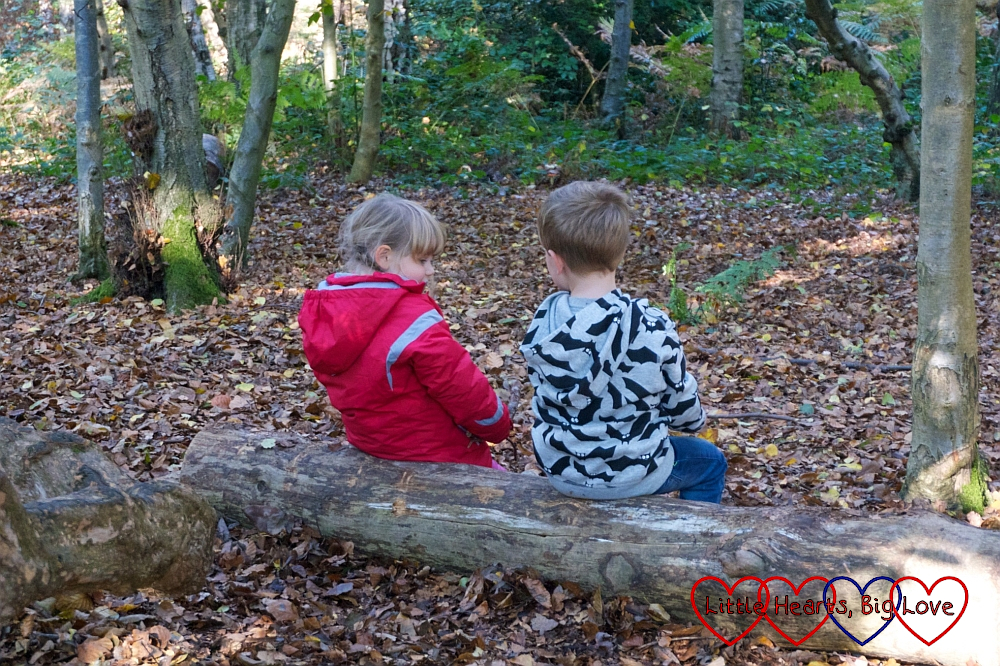 It was quite some time before they were ready to get back to hunting scarecrows and finishing off the trail. We found the last few and rearranged the letters to form the word “spiderwebs” 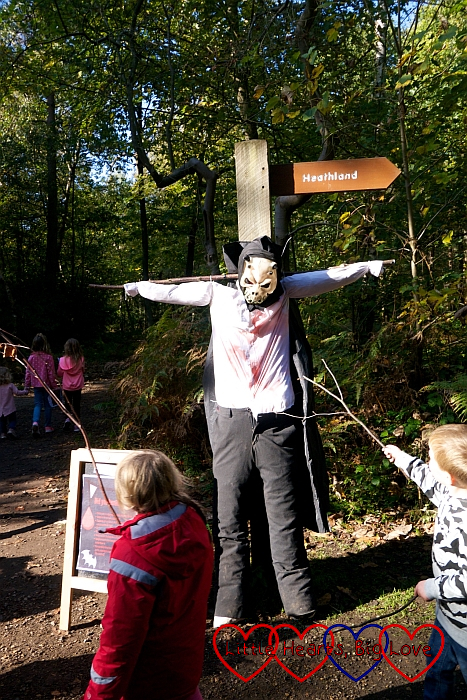 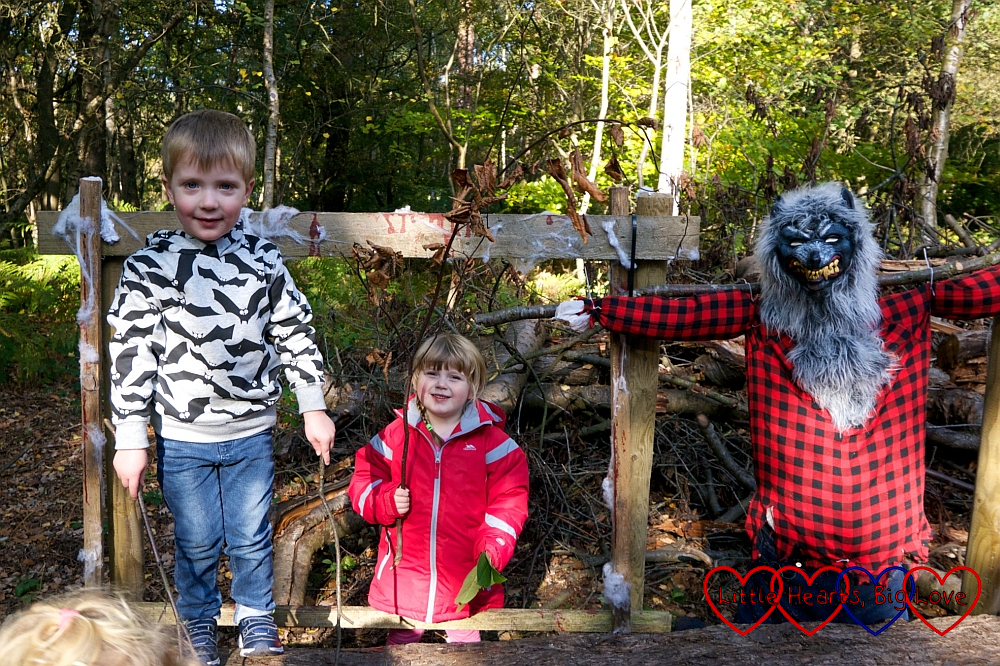 Sophie and F couldn’t resist a trip to the playground on the way back. I loved watching her pushing F on the swings. 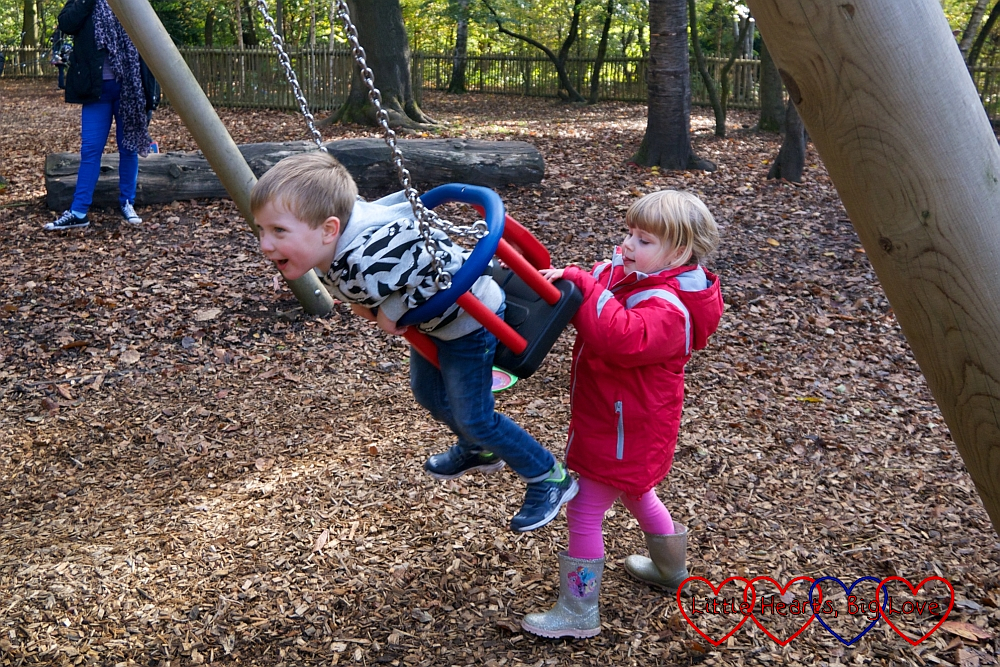 We stopped off at the café for ice cream before handing in our trail sheets back at the visitor centre. Sophie and F both received a small packet of sweets for taking part.

Our walk back around the lake towards the car park took us past the model boat enthusiasts sailing their boats on the lake. Sophie and F enjoyed looking at all the different boats. 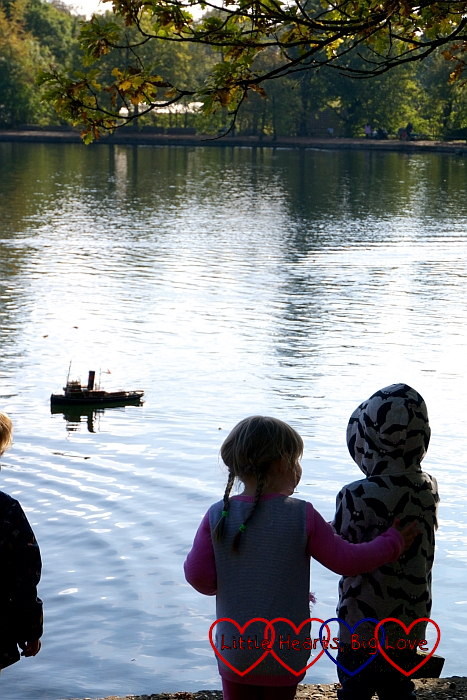 Black Park is always a favourite day out. It’s a beautiful place for a walk whether there is a trail to follow or not and it was so lovely to see just how much fun could be had in the woods with a little imagination.

Visiting Black Park – what you need to know:

There is a large pay and display car park.

The park is open from 8am each day. Closing times vary throughout the year with the park closing at 5pm from late October – early February and 8pm in the summer months. For more details, click here.