Each year, Jessica and Sophie’s Girls’ Brigade company takes part in the local Remembrance Sunday parade. Jessica took part in two parades while she was with Girls’ Brigade, but this year was Sophie’s first time taking part. 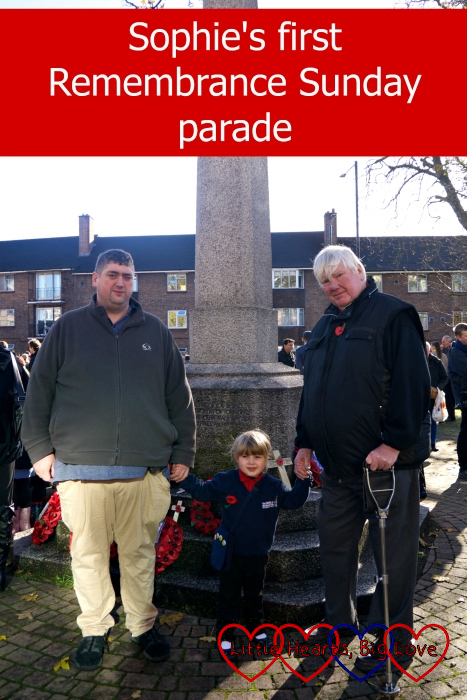 It was an earlier start that we usually have on a Sunday. Our church service is normally at 11am. We had to be at St Margaret’s at 9.15am for the parish remembrance service. It’s normally a very full service. In previous years, we dropped Jessica off and went for breakfast, returning in time for the parade down towards the Peace Memorial. This time, as it was the centenary of the Armistice, I stayed for the service. Hubby was on sound duties at our church so had to be there instead. 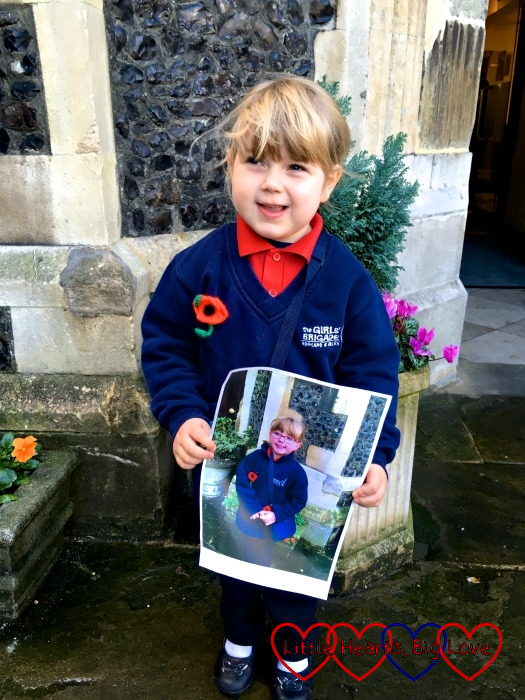 After the service, the uniformed groups lined up for the march down to the Peace Memorial. It was lovely to see Sophie marching along with her friend C. I couldn’t help thinking back to last year though and Jessica’s last Remembrance Sunday parade. We hadn’t brought her buggy that morning as the distance to the Peace Memorial was short and we thought she could manage it. What we hadn’t considered was whether she could cope with the pace. She ended up being carried most of the way by one of the Girls’ Brigade officers. I still wish I’d brought her buggy that day, so she could have kept up with her friends. 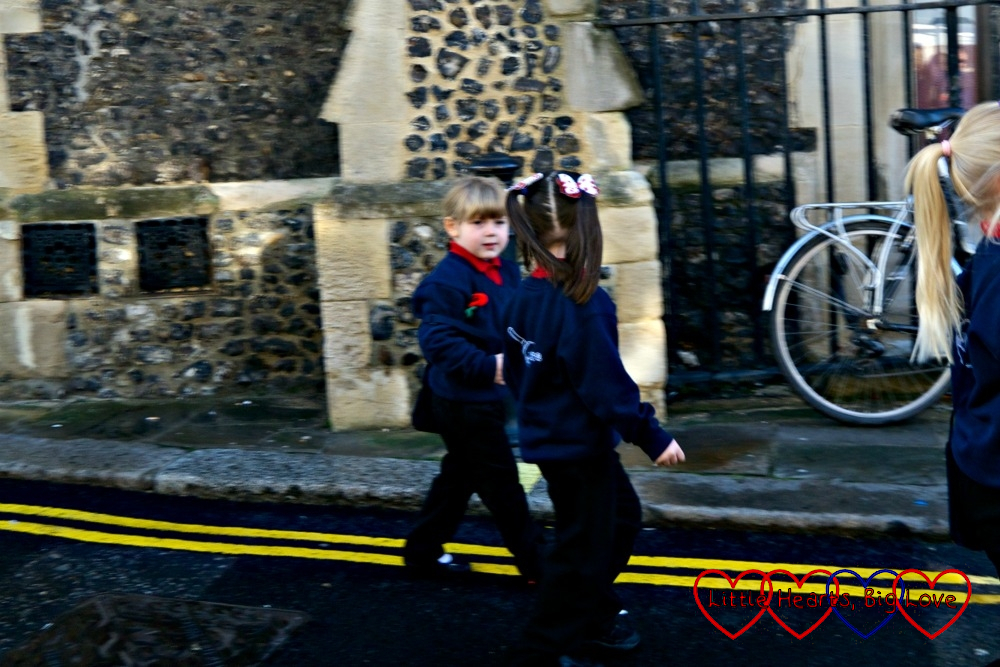 We managed to get a good position at the Peace Memorial where we could see the Brigades and the wreath laying. I thought Sophie and C were very good throughout the service. It isn’t easy for five year olds to stand in one place for so long. There were a few moments of hugging each other and waving when they spotted C’s parents and me standing together! 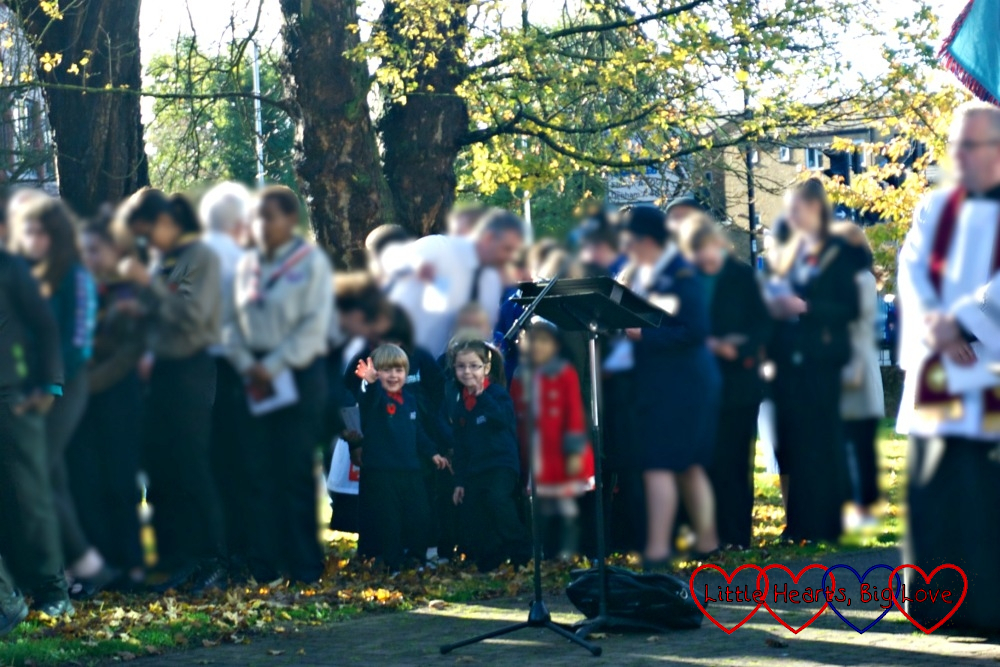 Hubby was a bit late leaving church and unfortunately missed seeing Sophie in the parade. He did manage to get to the Peace Memorial just as the service was starting. Grandad was also there. I didn’t see them during the service but we managed to find each other quite quickly after it had finished. 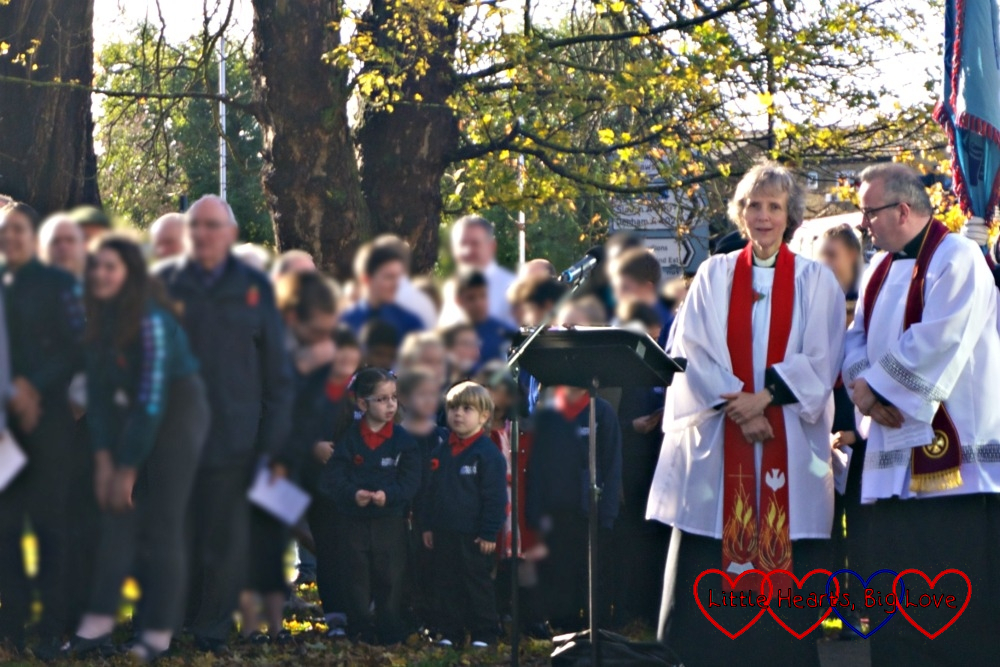 I was a bit surprised that the police didn’t stop the traffic around the Peace Memorial for the silence, especially with it being the centenary. Hubby informed me afterwards that the timing was a bit off. The silence actually took place a couple of minutes earlier than it was supposed to. 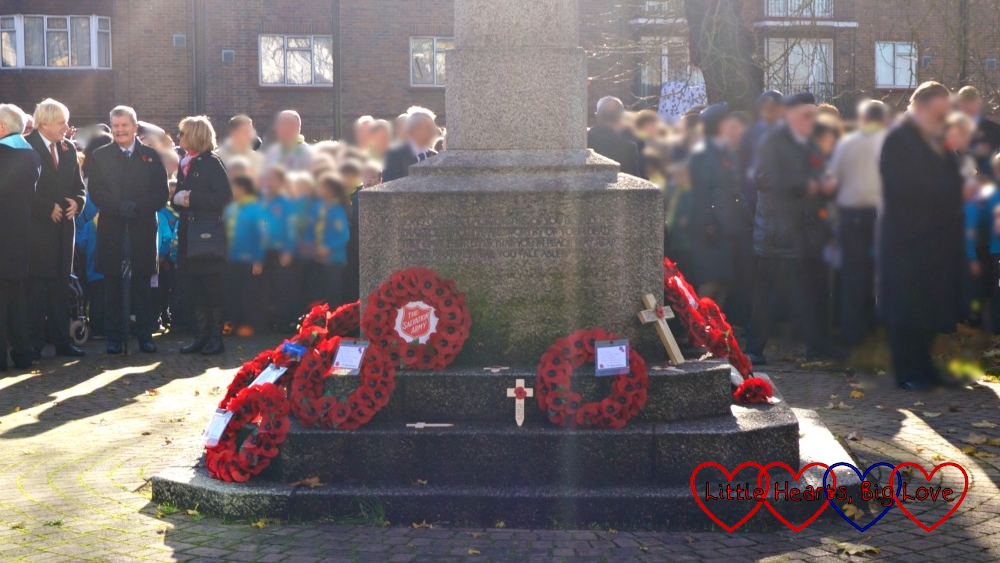 I always find the playing of the Last Post followed by the silence such a moving part of the remembrance service. Ten years ago, hubby and I were in the Somme for Armistice Day and went to the service at Thiepval. It was an incredibly sobering experience. There are thousands of names on that memorial – the names of those who have no known resting place. Seeing all the gravestones of unknown soldiers, the many cemeteries dotted around the region and the scars of war that are still present on the land brings home some of the scale of it all.

Armistice Day ten years ago is also memorable for another reason. Later that evening, hubby proposed to me!

After the service was over, Sophie and C made up for that time of having to stand still by enjoying a game of tag. 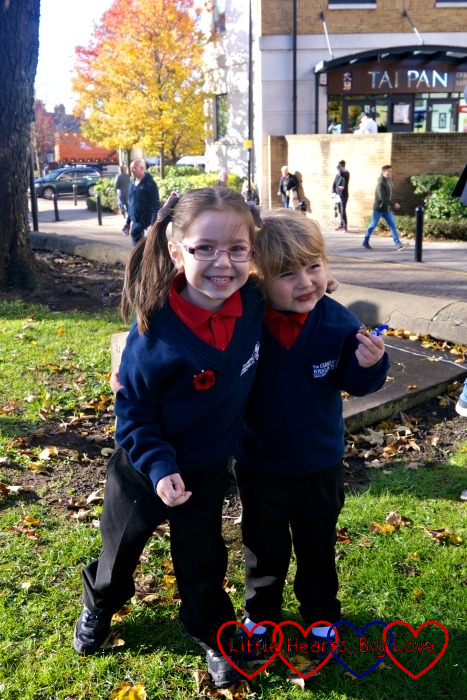 Seeing Sophie marching with her friends was a proud moment. Like so many of these moments, it was a bittersweet one. I wish I could have seen my two little girls marching together but it was not to be. At least I did get to see them both enjoying Girls’ Brigade together, even if it was just for a short time. 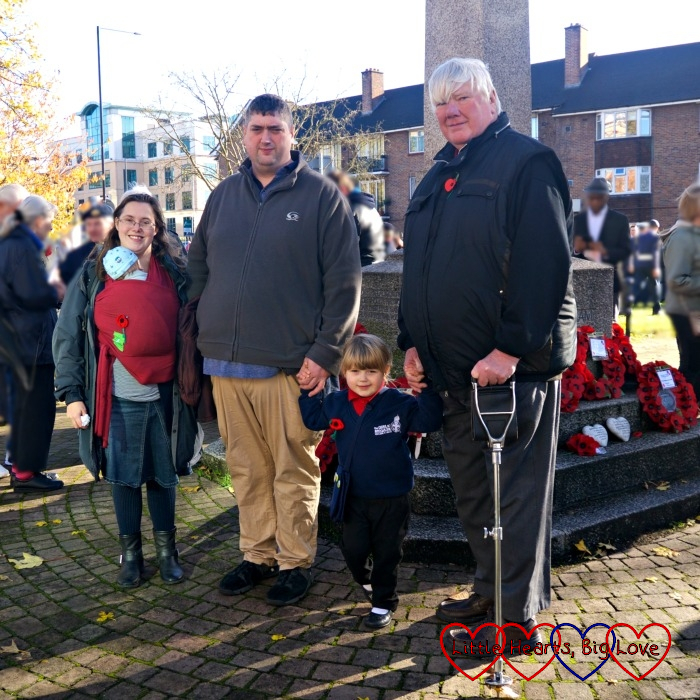