Both my girls are quite musical – not too surprisingly really as both hubby and I are musical as are both sets of grandparents and at least four out of the eight great-grandparents were musical too. Jessica frequently walks around the house singing, sometimes it’s endless repeats of the Teletubbies theme, other times it might be other songs she knows or something that she’s making up and it’s lovely to hear her. Sophie has also started to sing the words to ‘Row, Row Your Boat’ – the first three words are definitely recognisable and whilst the words to the rest of the song are less definite, it’s clear from the pattern of the sounds that she is making that she is trying to sing the entire verse. It was particularly lovely recently to see both girls doing ‘Row, Row Your Boat’ together. 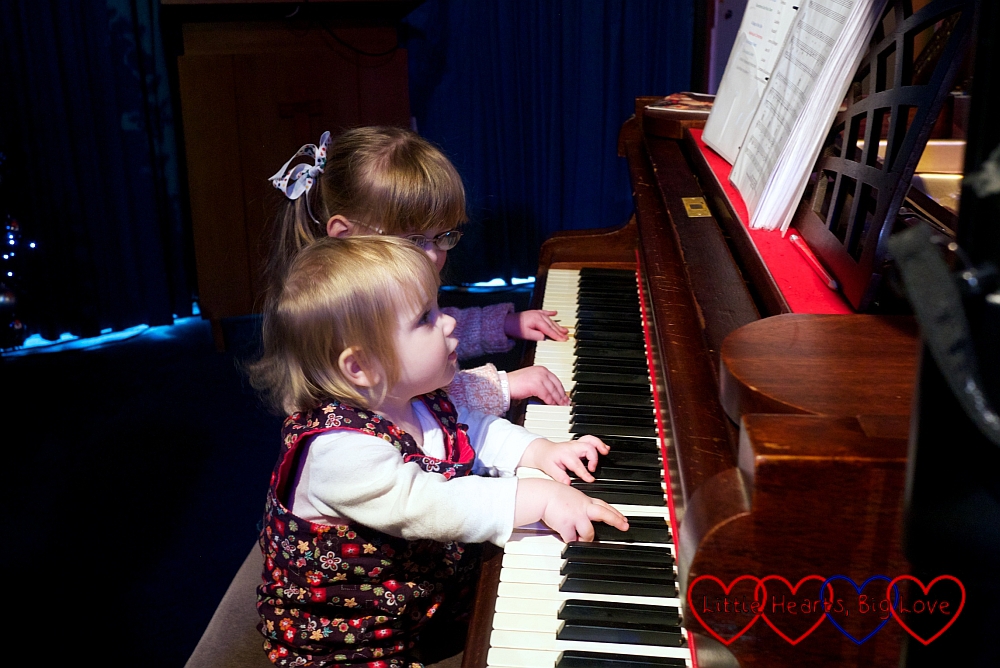 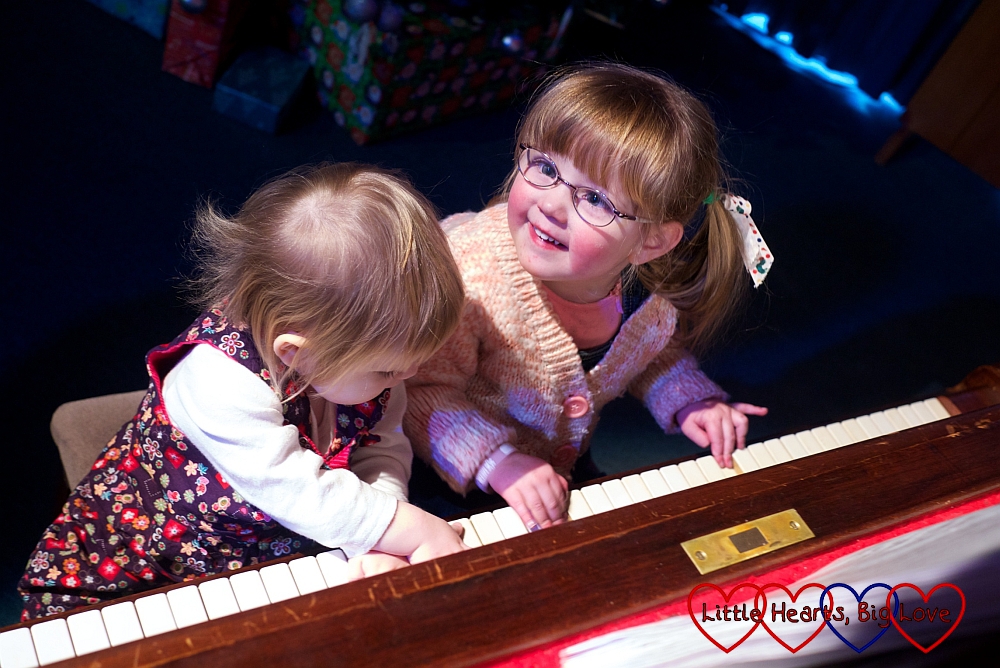 This month’s photos were taken just before Christmas during the final rehearsal for the concert that we were performing in. The girls love the piano and we’ve had a few moments of them trying to help our pianist during rehearsals so they were very happy to have the chance of sitting on the stool together and having a few minutes to play to their hearts content. I love the fact that they were so happy to be playing the piano together and really do look like they are properly playing in one of the photos although of course what they were actually playing was a somewhat discordant composition of their own. 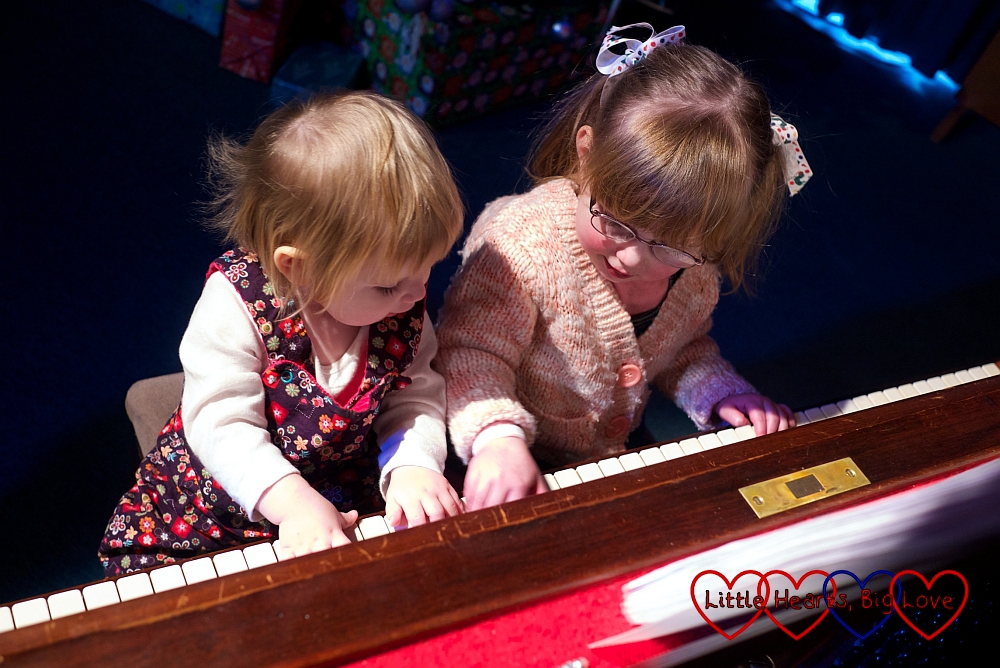 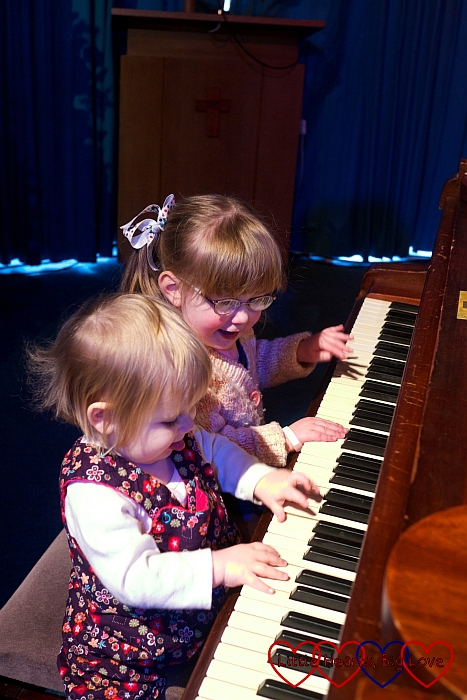 This month has seen a little shift in their sibling relationship – with Jessica having started preschool earlier this week, there are now a couple of mornings each week which Sophie and Jessica will be spending apart. Jessica certainly enjoyed her first morning at preschool and Sophie too enjoyed having that one-to-one time with Mummy and being able to play with the toys to her heart’s content without having a big sister around to object to any of it!