Hubby and I both love canals. Before we had children, we went on a couple of narrowboat holidays together as well as a road trip around the country to see ‘the seven wonders of the waterways’  Our first narrowboat holiday together was on the Warwickshire ring route which took us through Hatton Locks, a flight of twenty-one locks.  We arrived there late in the day, with just under three hours to spare until sundown. This meant that we needed to get through the locks as quickly as possible before mooring up for the night. Thankfully hubby and his parents were very experienced narrowboaters. We got through in just over two hours thanks to hubby going ahead on his bike and presetting each lock for us so we could just go straight from one to the next without waiting for it to fill before entering it. 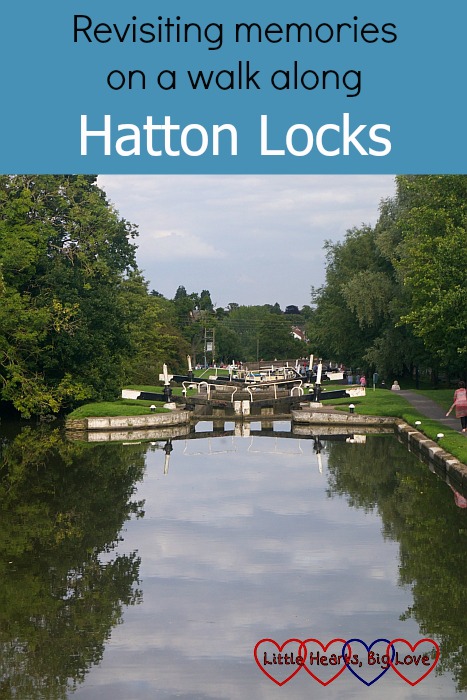 The girls have been on a short canal boat ride through the Dudley canal tunnel. They haven’t yet had a longer narrowboat trip though. It’s something hubby and I have talked about a few times. One day hopefully we’ll get around to organising it. However, we do live near a canal. It’s always nice to go for a walk along the towpath and watch boats going through the locks. 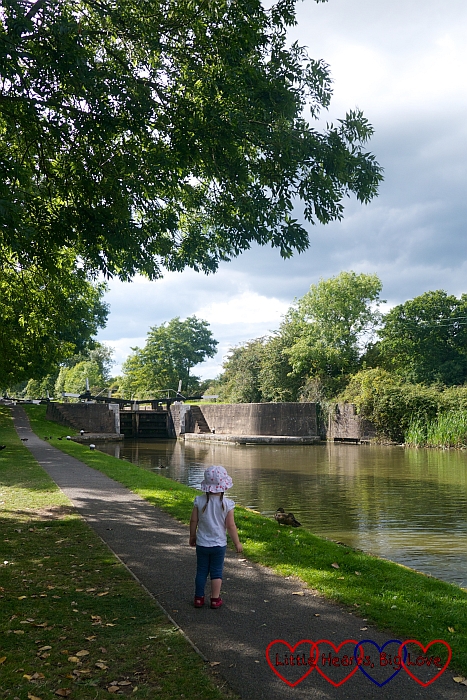 It was lovely to take a walk along the Hatton flight. We stopped for a cream tea near the top of the flight. It would have been blissful had it not been for the pesky wasps. The girls enjoyed watching the boats going through the locks and I managed to find a couple of geocaches. Hubby and I had fun reminiscing about our previous trip through the locks, trying to get down the flight as quickly as we could.

Towards the end of the afternoon, we encountered a boat doing just that. The family on the boat were clearly experienced narrowboaters and we could see they were doing the same as we had done – setting the next lock in their favour while the boat was going down in the one before it. They were happy to let us and the girls help them. Jessica and Sophie were soon busy opening and shutting the lock gates and helping with securing the boat in the lock. They also got to help close the paddles using the windlass a couple of times. 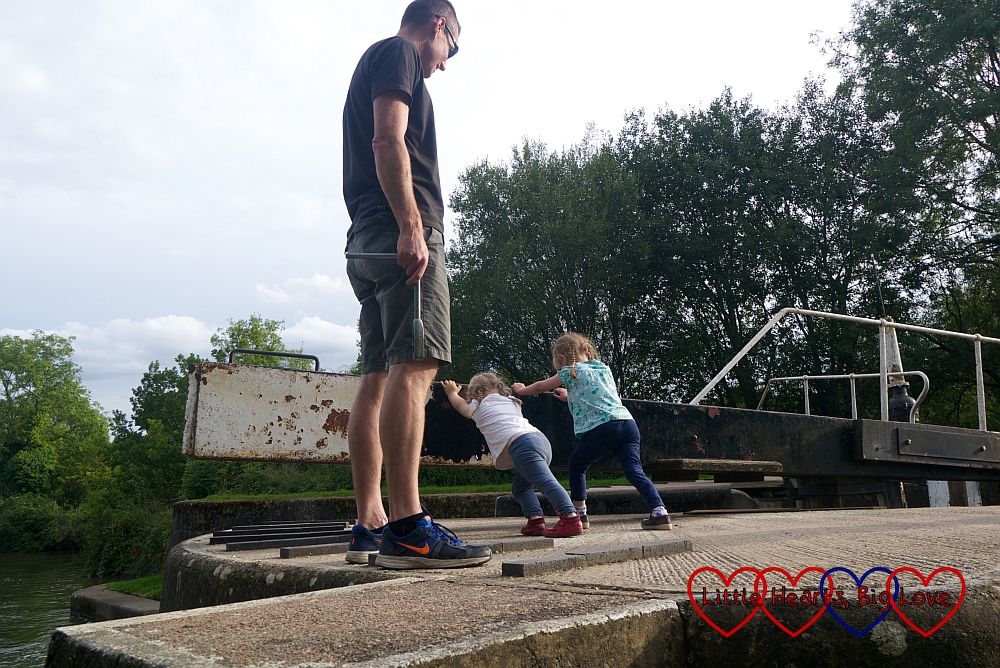 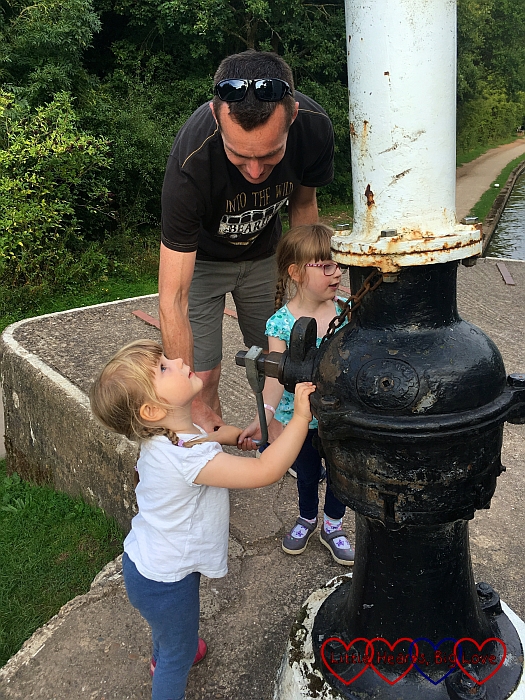 Jessica and Sophie loved every minute of it. It was lovely to see how enthusiastic they were about helping out. The family on the boat were so patient with them, showing them what to do and helping make sure they were safe doing it. It was so kind of them to let the girls help – they gave Jessica and Sophie so much joy as a result. 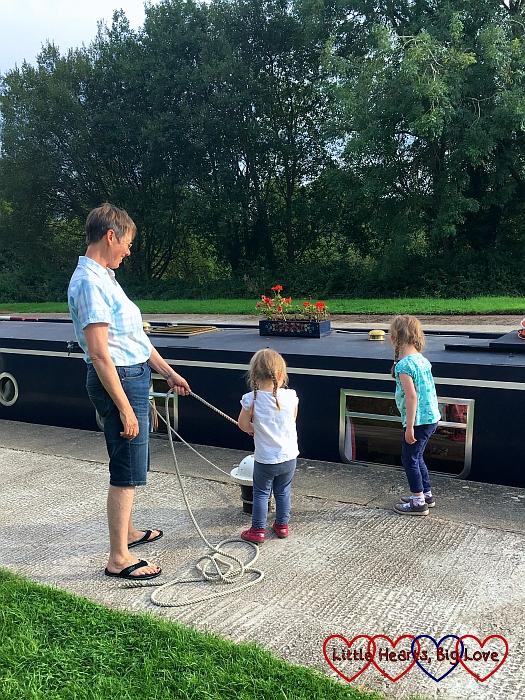 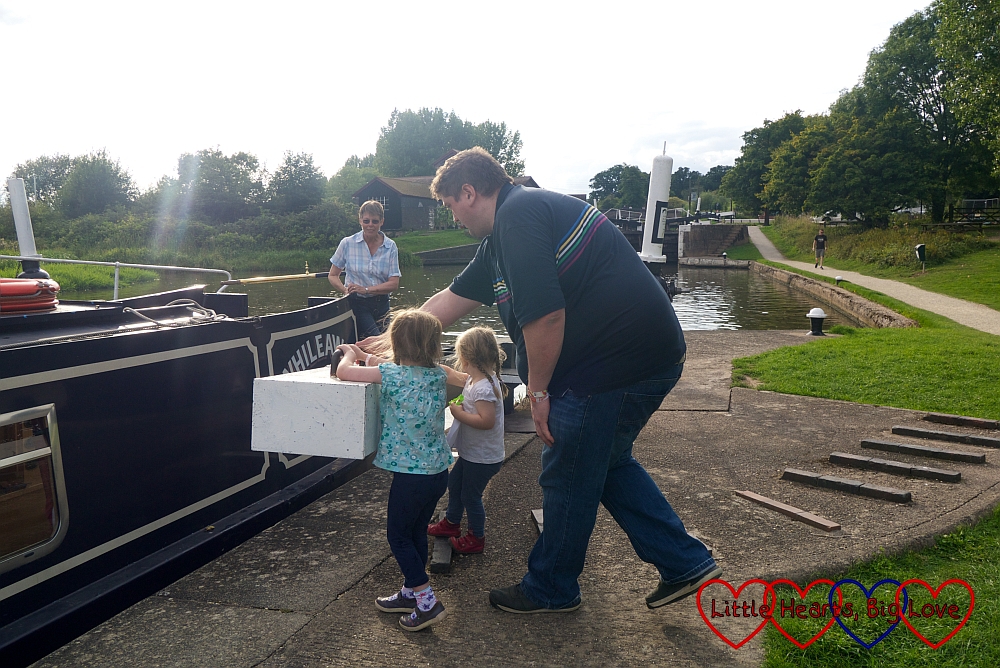 One bonus of the girls helping out was that in the excitement of running ahead to get each lock ready, they didn’t notice how far they both walked. I did wonder how well they’d cope with the trip back up though. We’d parked at the top of the flight which is nearly two miles long. A two mile walk back uphill with no locks to open and close might not be quite so much fun!

Hubby suggested that if needed he could walk back up and try to drive somewhere closer to pick us. As it turned out, he didn’t need to. The family in the boat decided to moor up halfway down the flight. We didn’t have too long a walk back up the hill after all. It was harder work for me and hubby though with Jessica in her buggy and Sophie deciding to ride on the footrest for most of the way back to the car! 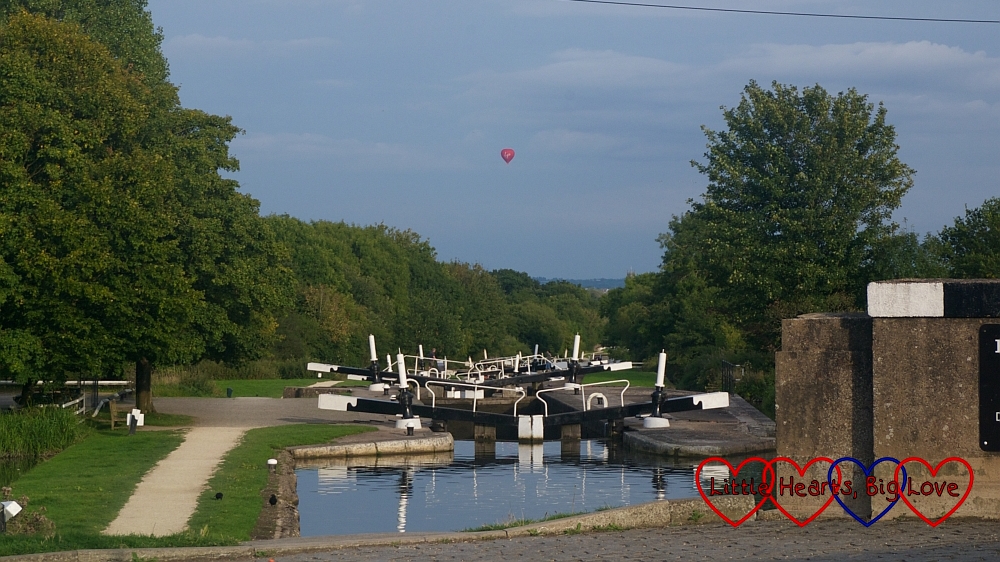 17 thoughts on “Revisiting memories on a walk along Hatton Locks”