Recent craft sessions in the Little Hearts, Big Love household have mostly been centred around paper plates. We usually have a few painted ones lying around having been used as artist’s palettes and ending up looking rather colourful as a result which makes them a good base for another craft project. 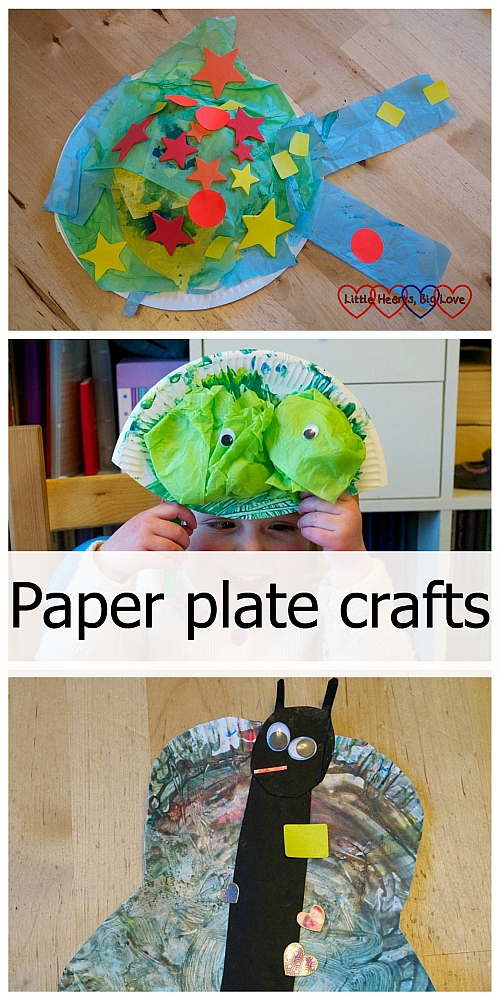 Here are three of the things we have been making with paper plates this week: 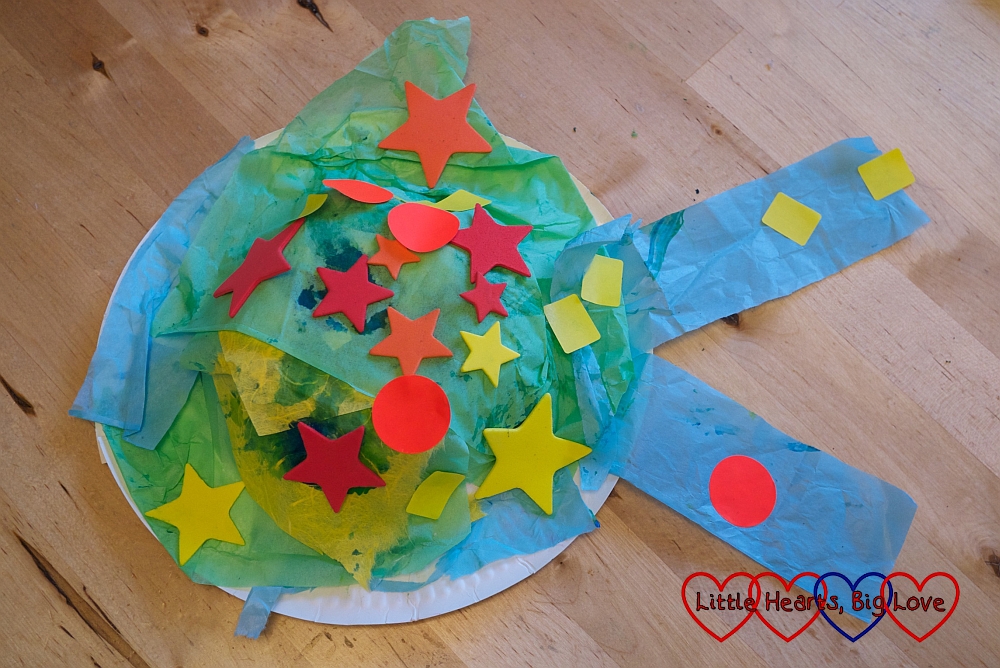 Jessica’s rather fetching hat was made from a paper plate and paper bowl. We started by cutting a circle out of the paper plate (Mummy helped with this bit!) big enough to insert the bowl into. We spread glue around the cut edges of the paper plate, inserted the bowl to create the hat, stuck it down and left it to dry. 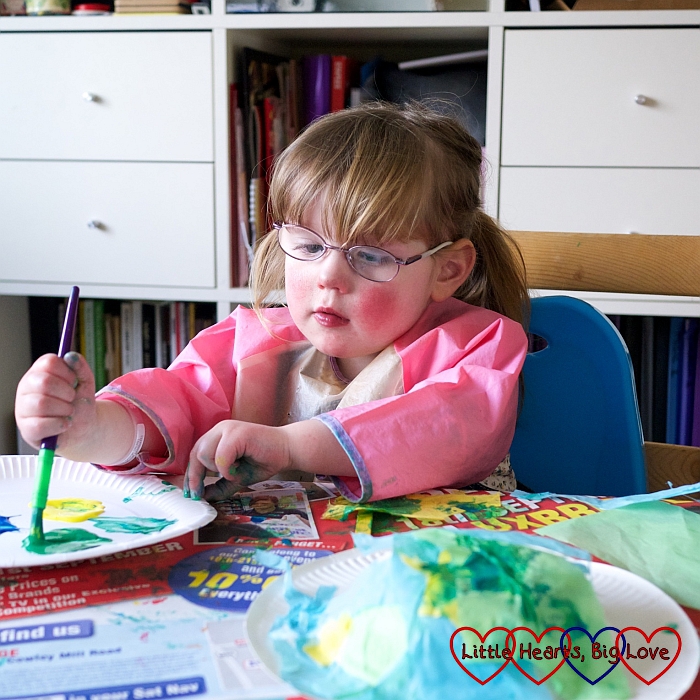 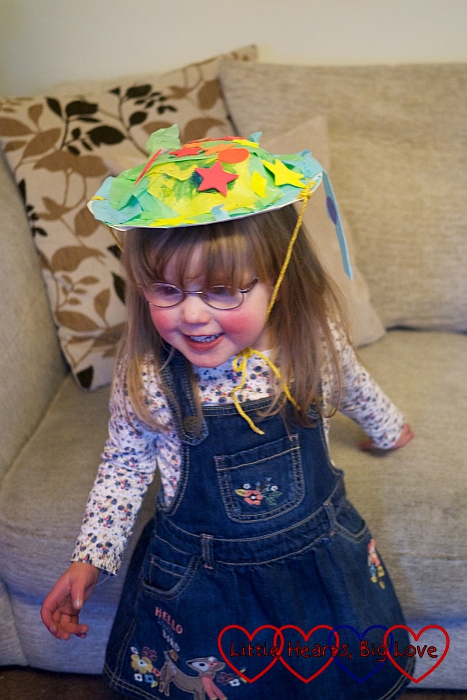 The finished hat was a little on the small side and so I punched a couple of holes in the brim and tied some string to it to help it stay on. Jessica was very pleased with the hat she made and I think it’s something I’ll be adapting if I have to make an Easter bonnet in the spring.

We cut out a butterfly shape in a pre-painted paper plate and some shapes for the body and head out of black cardboard which Jessica glued in the middle. She added some googly eyes and a sticker for the butterfly’s mouth and then decorated her butterfly with stickers. 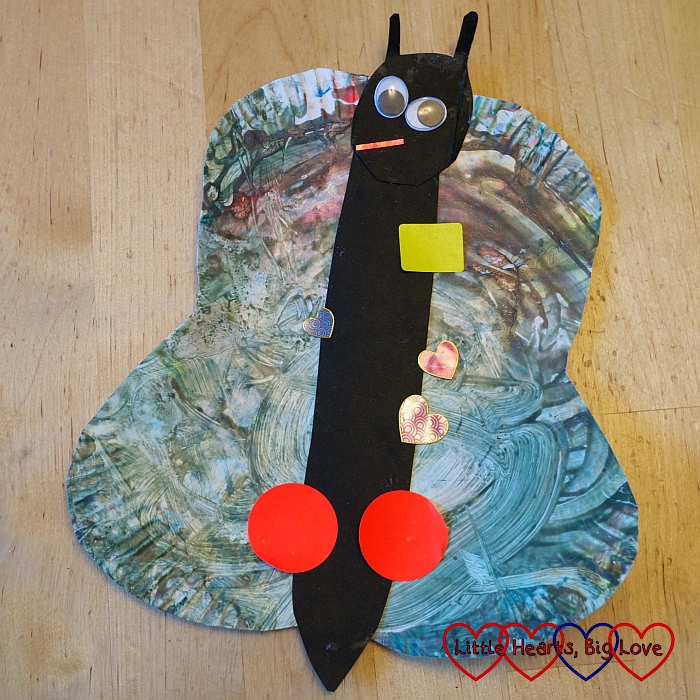 Jessica has a bit of a thing for making butterflies at the moments so we’ve also been having lots of fun painting on one side of a piece of paper and then folding it to make a butterfly print. 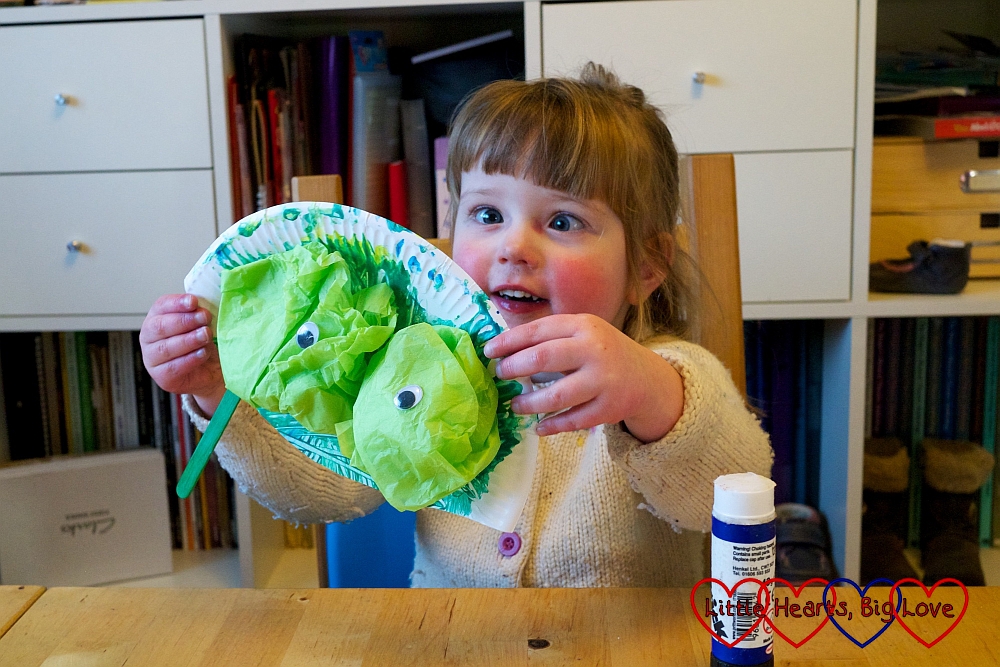 This one was inspired by Mister Maker on CBeebies. We used a pre-painted paper plate which was cut in half and then a lolly stick was taped to the back of the plate. Jessica then covered the plate in glue, added two scrunched up tissue paper balls and googly eyes to make the frog’s eyes. A nice quick activity and the second half of the plate was used to make a second mask for Sophie. 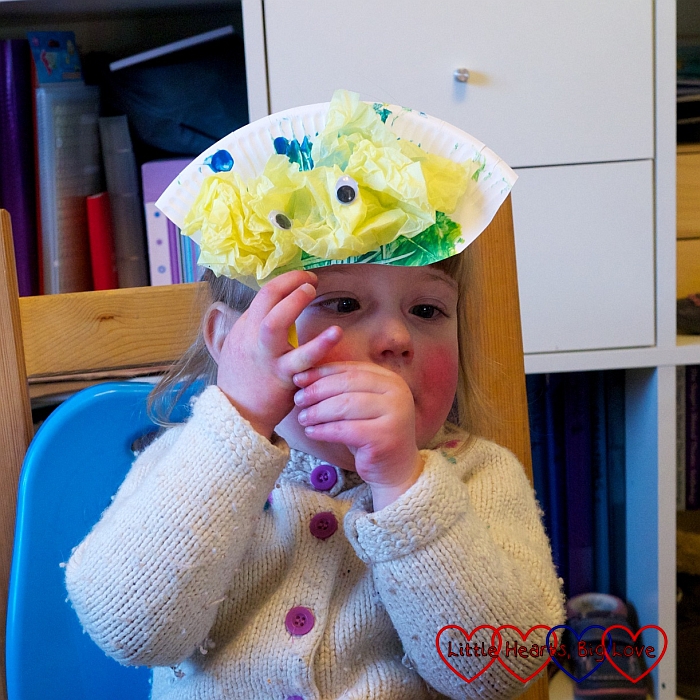