Making oobleck has been on my list of things to do with Sophie for a while now. I thought it would be something fun to do as part of our outdoor learning at home. Messy play with a bit of science thrown in – what’s not to like? 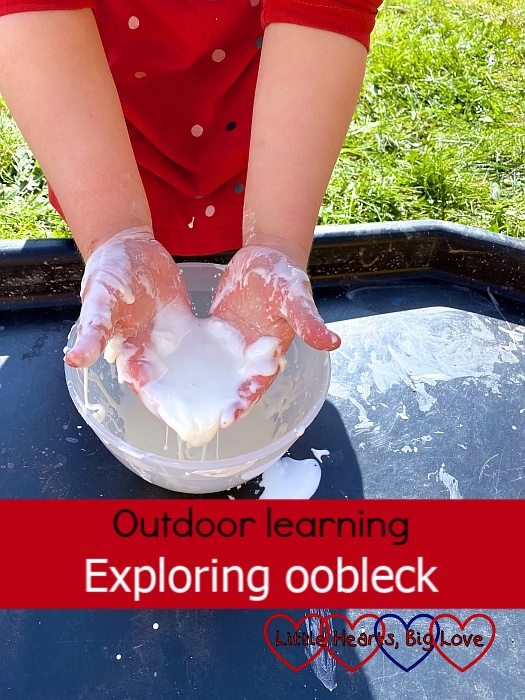 Oobleck is made from a mixture of cornflour and water. It’s a non-Newtonian fluid which acts like a solid under pressure but then becomes liquid again when the pressure is released. It’s a lot of fun to play with, is non-toxic and easy to clean up afterwards which is always good.

To make oobleck, you need one part water to 1.5-2 parts cornflour. Put the water in a bowl and slowly add the cornflour, stirring continuously until you have a thick gloopy mixture. You can add food colouring if you wish, although we left our oobleck uncoloured. 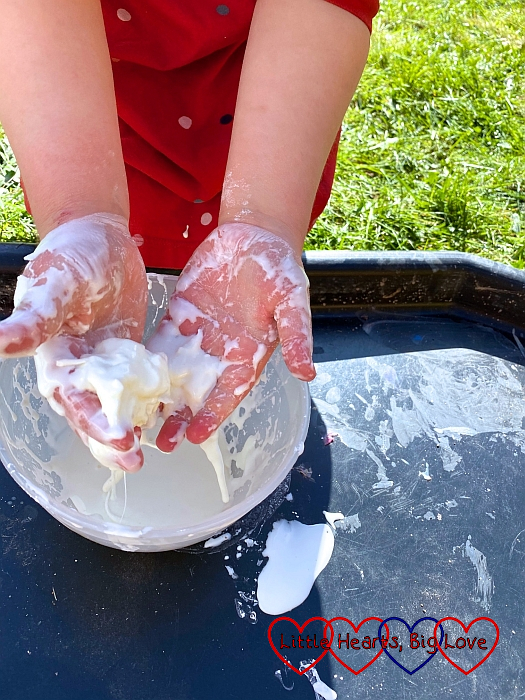 We set up the tuff tray in the garden with the bowl of oobleck. Sophie had a wonderful time squishing it into a ball and then letting it “melt” and drip through her fingers. She loved the way the oobleck in the bowl felt solid when she hit it, and the way her hands then sank into the gloopy mixture. 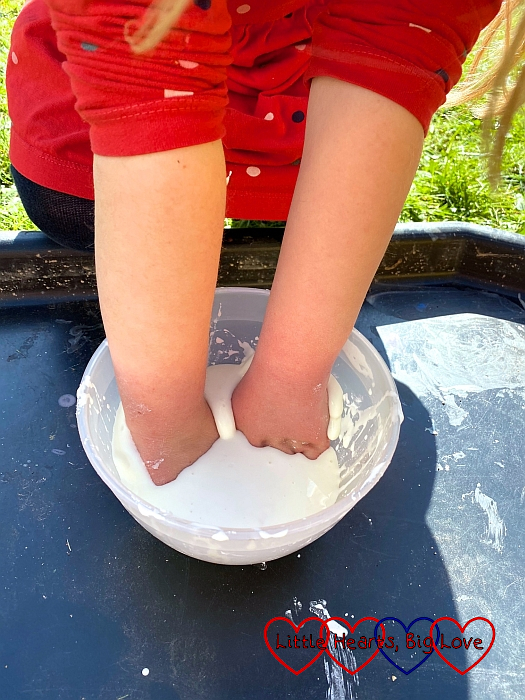 Daddy enjoyed joining in the fun as well. One of the plus points about having to stay at home at the moment and having him working from home! 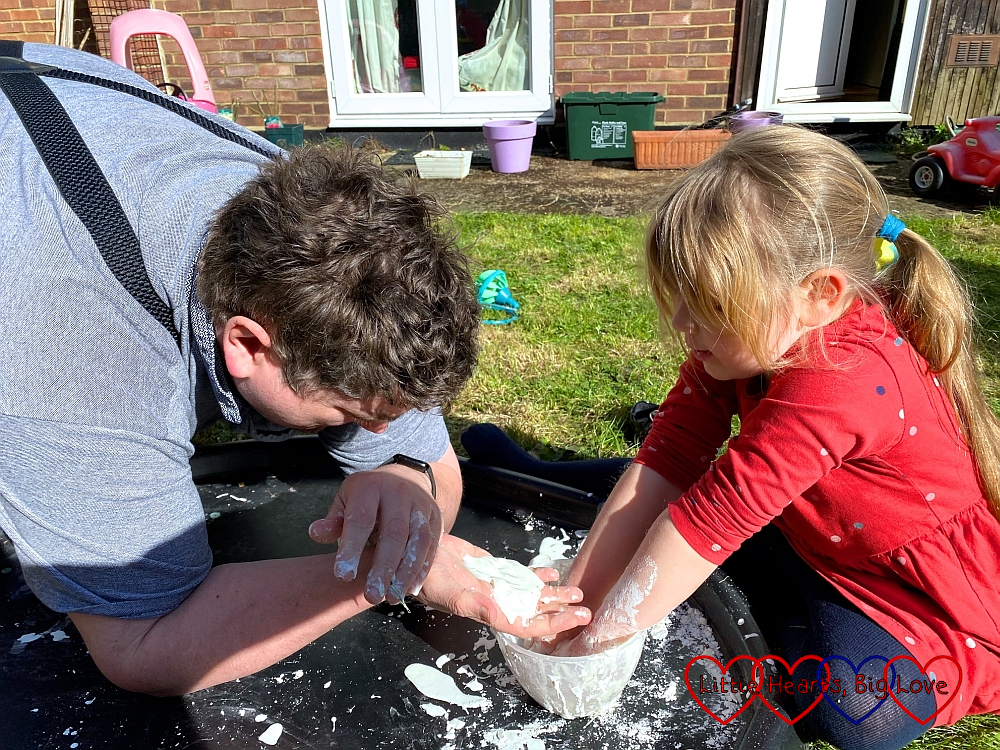 Sitting and playing with the oobleck kept Sophie amused for quite a while. We added a little water to the mixture every so often as it started to dry out a little. The puddles on the tuff tray dried out quite quickly in the sunshine leaving little piles of powdery cornflour like miniature snowdrifts on the tray. 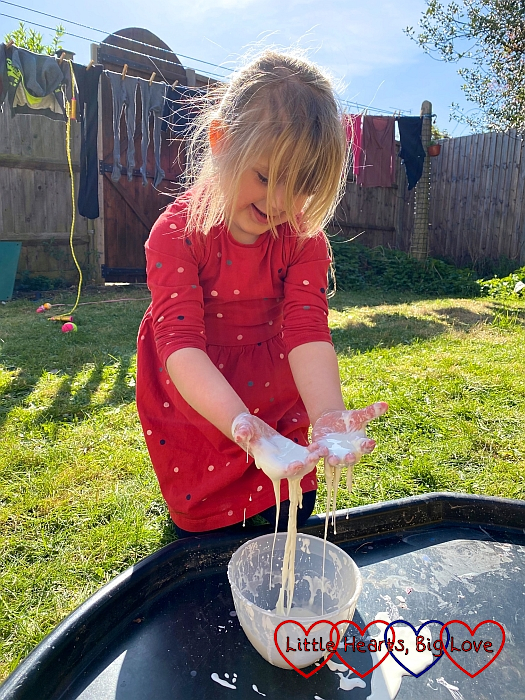 After Sophie had finished playing, we disposed of most of the oobleck (by now covered in bits of grass from the garden) in the bin. You can let it dry out and store in a container to re-use another time if you prefer – just add more water when you’re ready to re-use it. Don’t dispose of it down the sink though as it could clog the drain. You can wash it off your hands with warm water to remove. Sophie just let the residue on her hands dry off for a few minutes and then brushed it off instead. We left the splashes of oobleck in the tuff tray to dry out. They were easy to sweep up once they’d dried out.

Exploring the oobleck was a fun way to discuss and describe solids and liquids. It’s definitely something that we’ll do again. Next time though, I think I’ll try making a bigger batch of oobleck and filling the tuff tray with it. Sophie can have fun finding out what happens if she tries to walk or jump on it.