We had a brief period of sunshine in amongst all the rain the other week. The girls were keen to get outside but also wanted to do some crafting so I thought we’d combine the two and make some nature collages out in the garden. 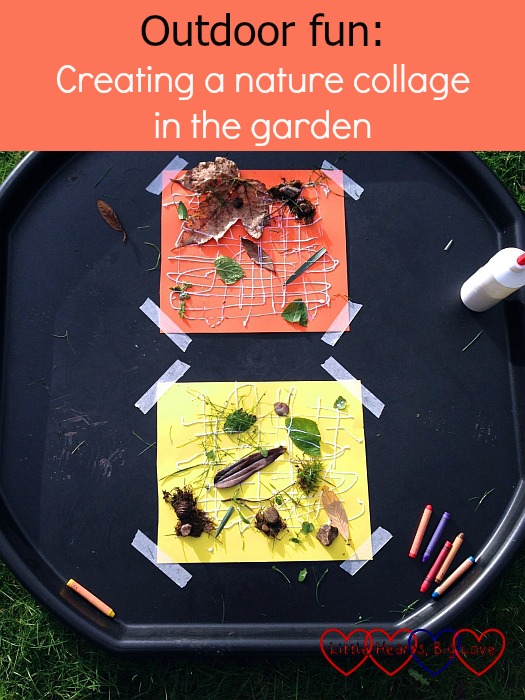 Setting up was easy – two colourful pieces of card taped down in the tuff spot and covered with PVA glue. 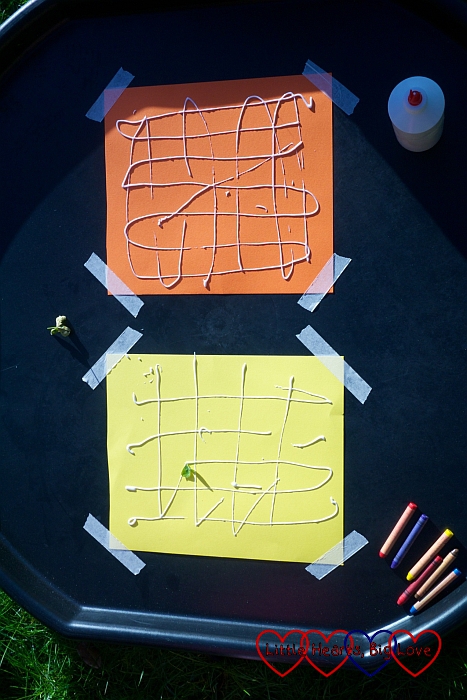 The girls had lots of fun picking up leaves, twigs, grass, moss and daisies in the garden and creating a picture with them. Sometimes they focused on having their own piece of coloured card; at other moments they seemed to be combining their efforts to make one picture. Whichever they were doing, they were both happily engrossed in finding their little treasures and adding them to the picture. 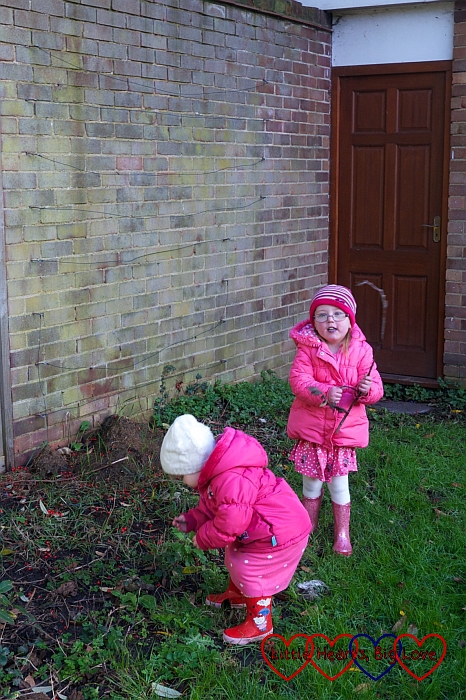 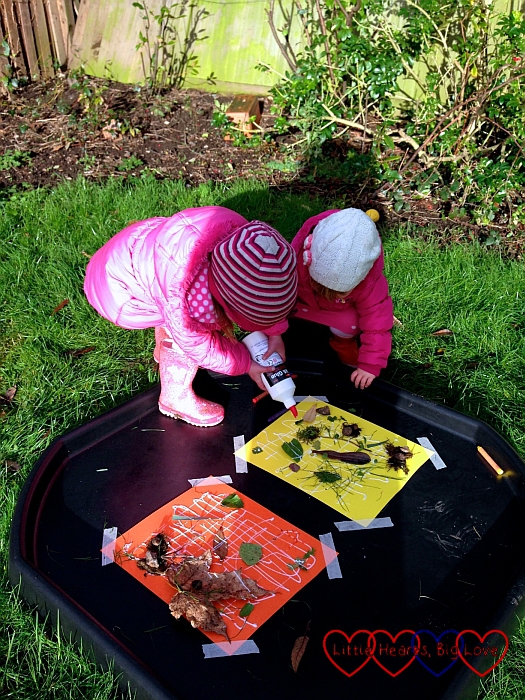 Some of the things didn’t stick as well as others but it didn’t really matter. It was just fun being out in the garden, exploring and being creative. We looked at the different things we found – exploring the different shapes of the leaves, the different textures of each of the objects and the different colours of the items making up the pictures. 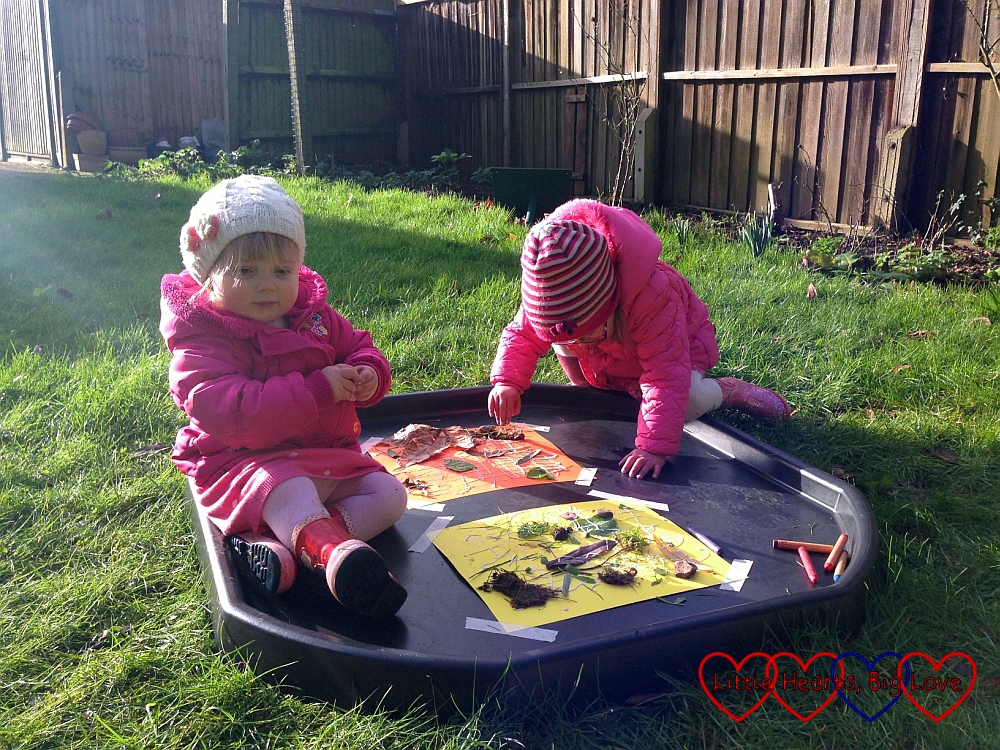 After a while, Sophie found the lure of the slide and cosy coupe car more inviting than the nature collages but Jessica stayed focused on making pictures for quite some time. 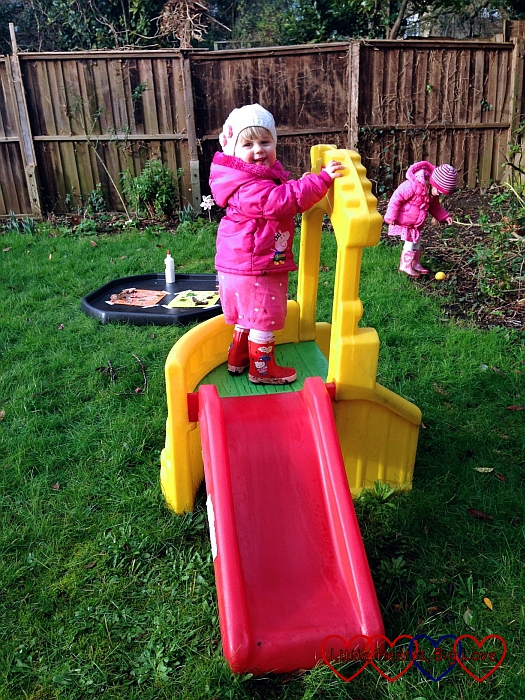 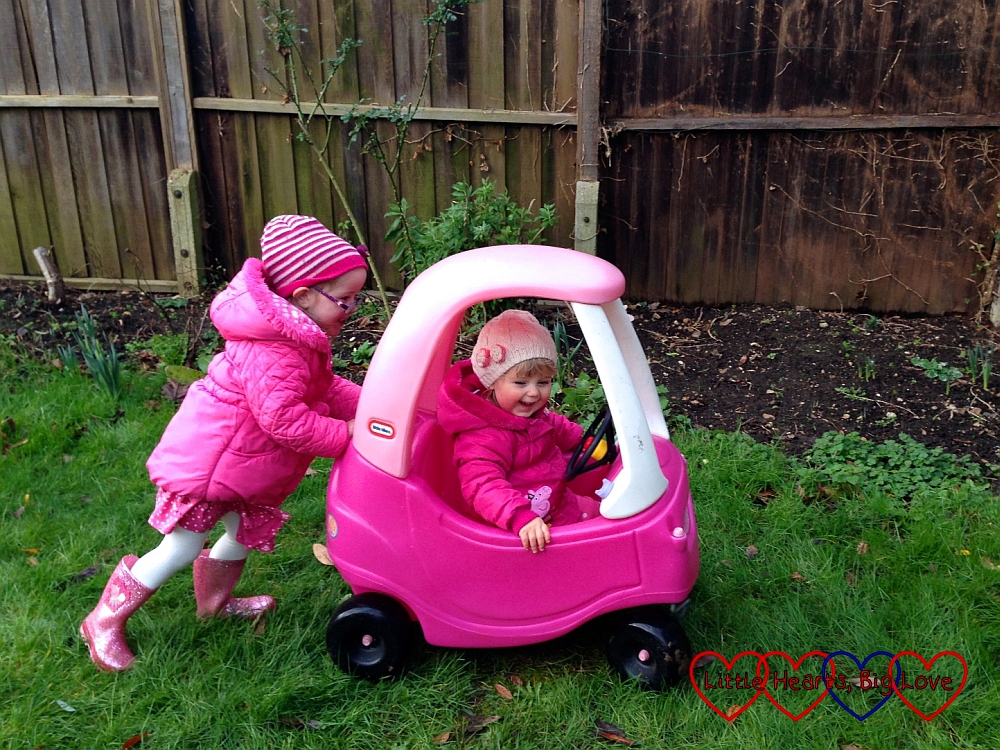 We left the pictures in the garage overnight to dry out and I was quite impressed by just how well most of the items stuck to the card. It’s something I’d like to try again in different seasons and see what differences there are in the pictures created.

21 thoughts on “Outdoor fun: creating a nature collage in the garden”