We were lucky with the weather for Auntie Fizz and Uncle Tony’s wedding. It was a beautiful sunny day, a little on the cool side but that was to be expected in late September. The wedding venue had a nice big garden area which made social distancing much easier. 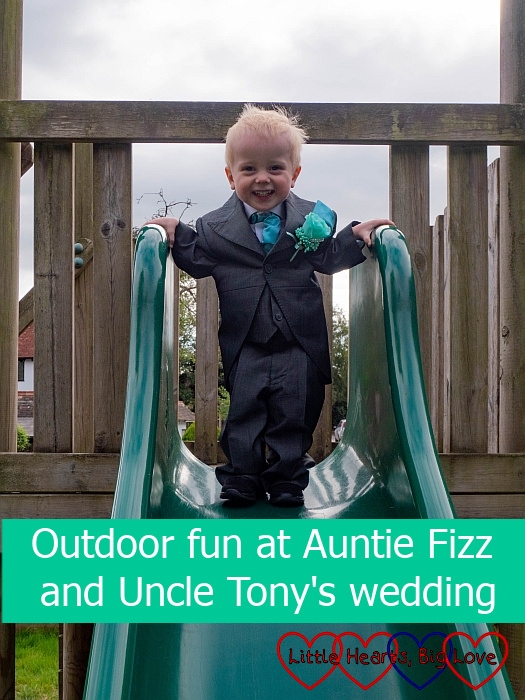 Sophie and I were bridesmaids and Thomas was a page boy. The original plan had been that we would all get ready at my sister’s best friend’s house and travel in a limousine together but with Covid cases on the rise again, we agreed that the children and I would get ready at my mum’s house and then hubby would drive the children and I to the wedding venue where we would meet the others. We arrived nice and early. Sophie spotted the play area straight away and was keen to explore. She was a little frustrated at being told to wait until at least after the wedding ceremony! 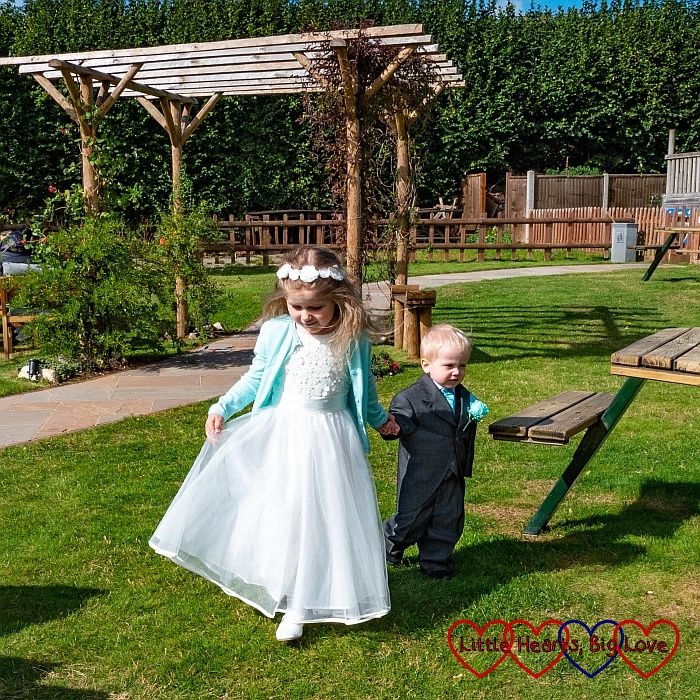 She and Thomas had fun running around the garden though while they were waiting until Thomas started to get tired and ready for his nap. He likes to fall asleep while having some mummy milk, so I was very glad of the alterations my mum and sister has made to my bridesmaid dress to make it breastfeeding friendly! 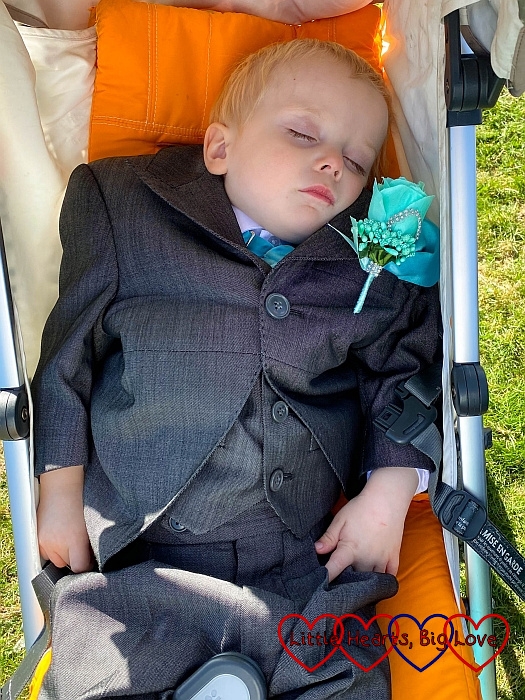 It felt very strange keeping our distance when the rest of the wedding party arrived and not being able to give my sister a hug. She looked absolutely beautiful and she and Tony were so incredibly happy. It really was such a beautiful wedding. Sophie and Thomas were both adorable and Jessica was part of it all too. Her photo was on a little charm attached to each of the bridesmaid bouquets; she had her own bouquet which Thomas was meant to carry (I ended up carrying it instead as he wasn’t keen!) and her photo was on the table with the wedding cake. 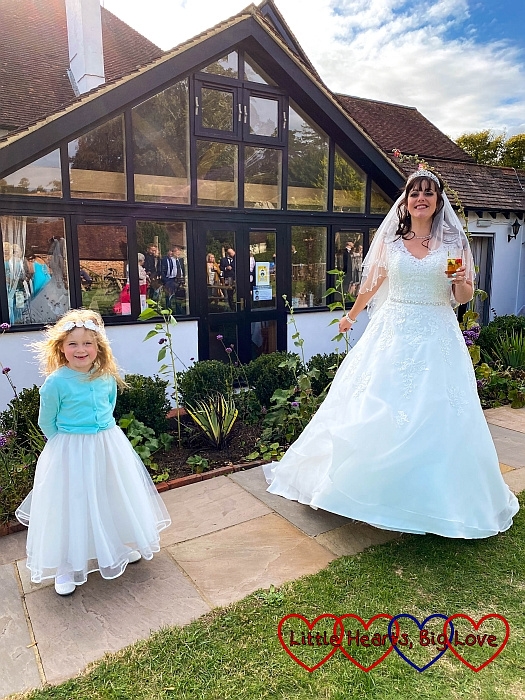 Once the ceremony was over, Sophie made a beeline for the play area. It wasn’t a very big play area but there was enough there to keep her and Thomas amused. 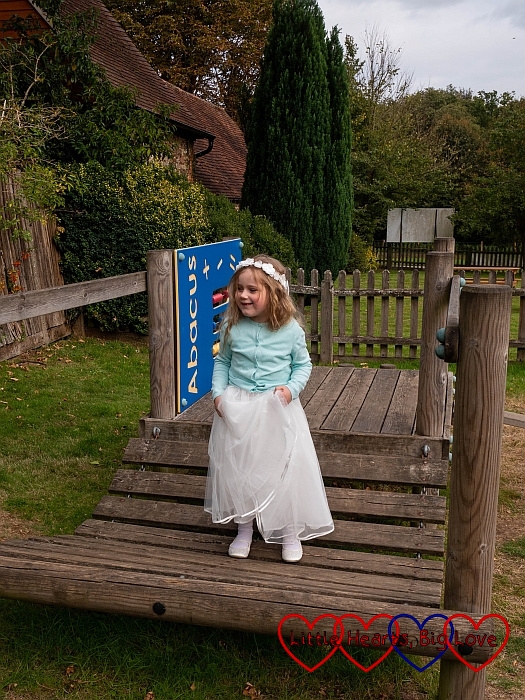 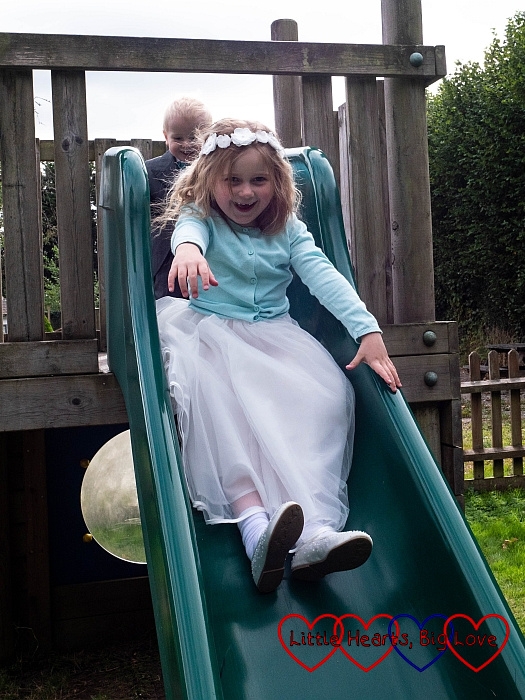 Thomas particularly enjoyed the slide. It’s not often you get the opportunity to go down a slide whilst wearing a three-piece suit! 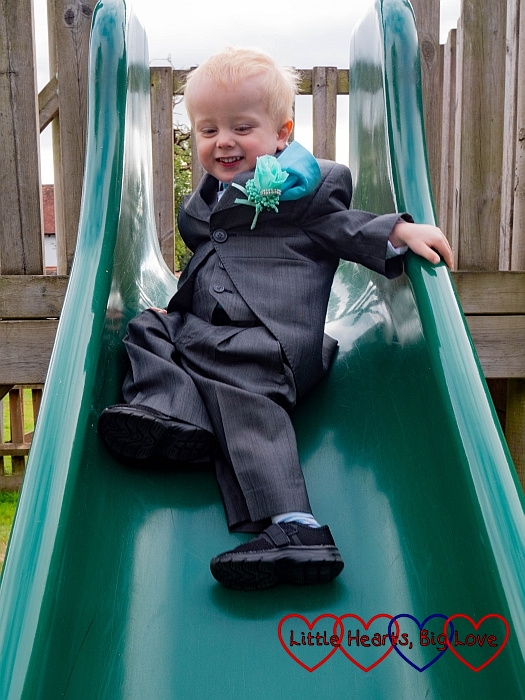 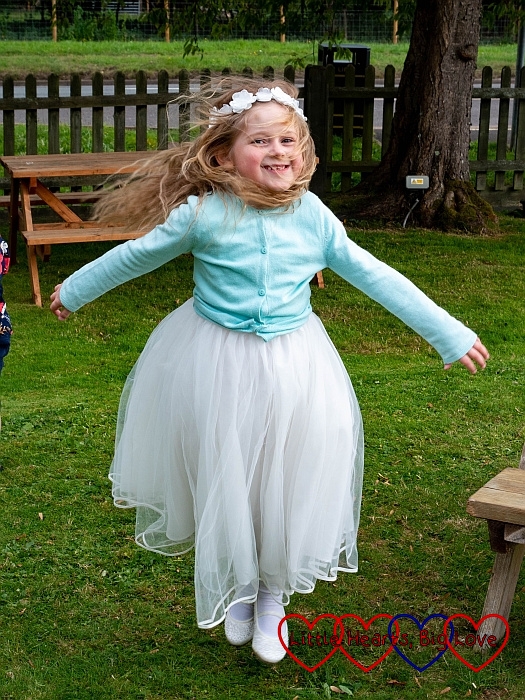 It was lovely to watch them both having fun. Lovely, but bittersweet too. Jessica would have loved being a bridesmaid with Sophie. She would have been so proud and protective of her little brother. What wouldn’t I have given to have been able to see the three of them there together?