Like many people around the country, we marked the 75th anniversary of VE Day with a little party. We decided to have our party in our back garden rather than join in with a socially-distanced street party by having the party out front. It was a nice idea but the back garden was a much safer plan with a toddler. I knew if we’d tried to join the neighbours out the front, I’d have spent the whole time chasing Thomas down the road. Toddlers have zero ability to socially-distance from others! It was nice to see the bunting outside houses nearby though and to wave at the neighbours while out on a walk in the morning though. 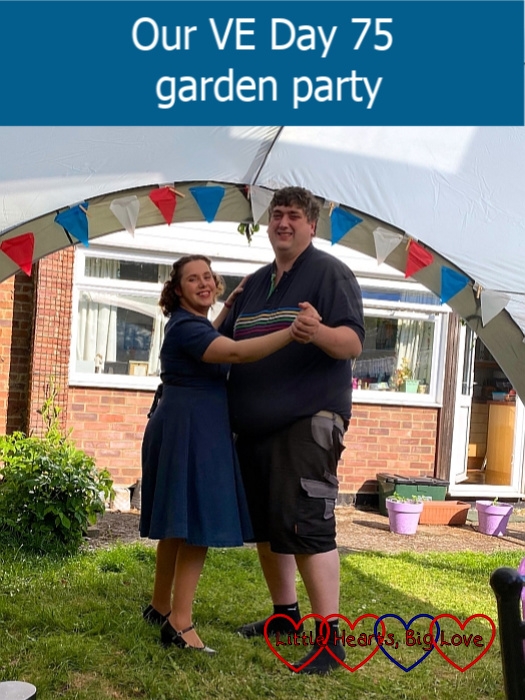 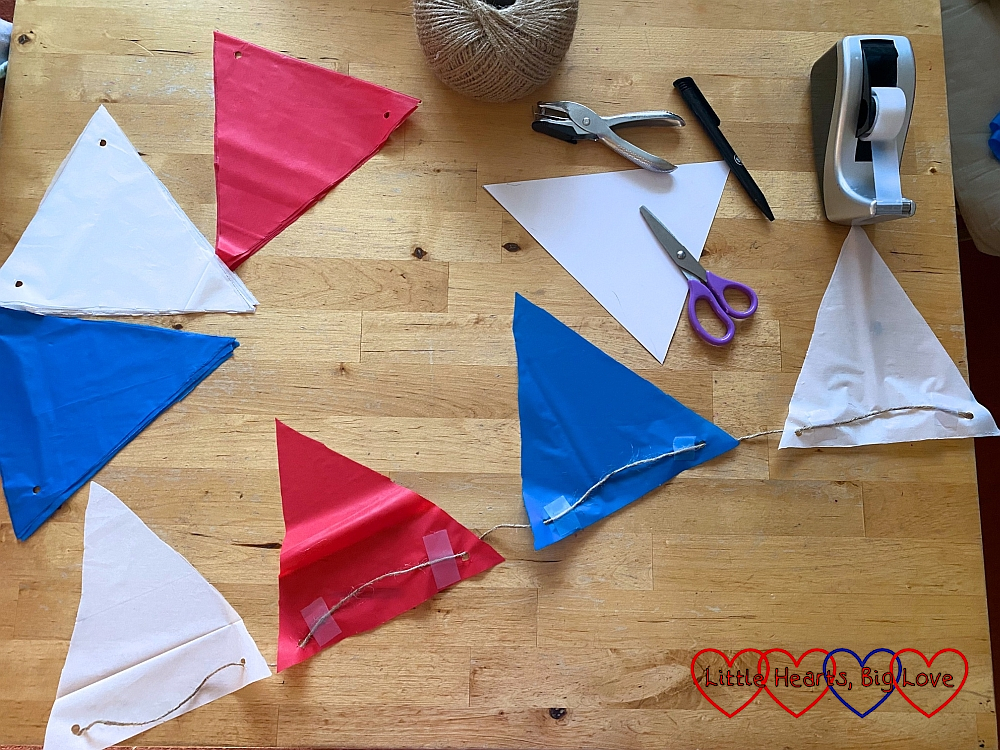 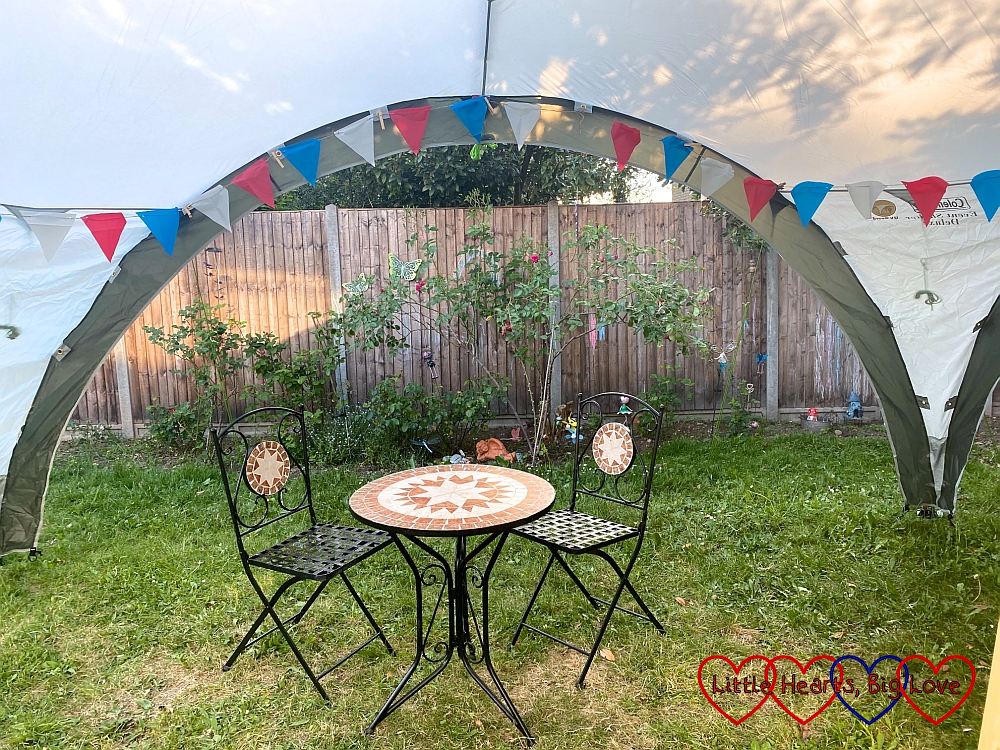 Our VE Day party was a good opportunity to wear the 1940s dress that I wore for my 40th birthday fancy-dress party last year. I did try to do a 1940s hairstyle to go with it. Victory rolls were a bit beyond my skills, so I curled my hair with foam rollers and pinned the curls instead. 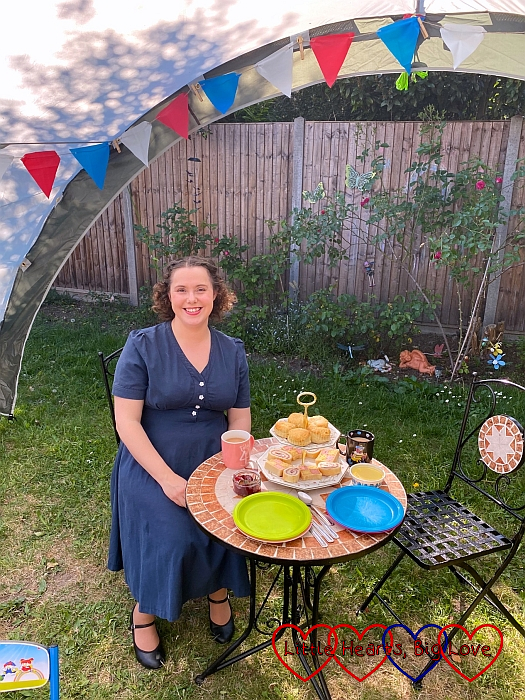 We nearly didn’t manage to have our afternoon tea out in the garden, Sophie tripped over as she was coming out of the back door and hurt her wrist. It was the same wrist that she broke a couple of years ago and there were a few anxious moments while we debated whether medical attention was needed. We called 111 and spoke to a clinician who advised that it sounded like a minor injury and to just keep a close eye. Sophie wanted to wear her splint in the meantime. Thankfully, by the time we sat down to afternoon tea, she was fine and by next morning seemed none the worse for her little trip. 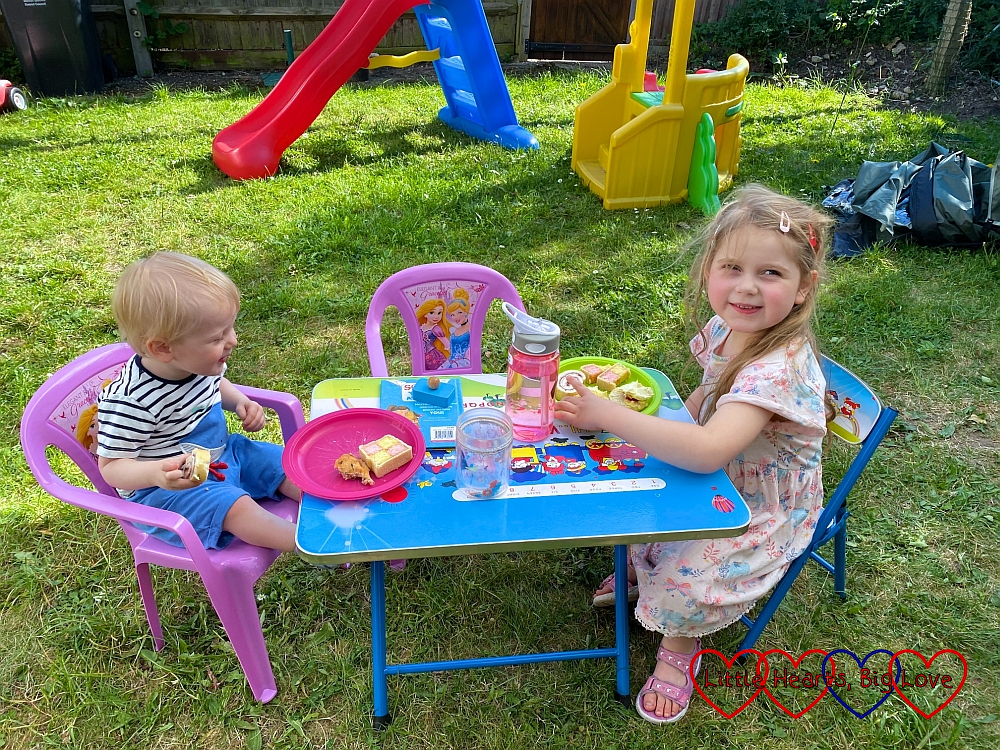 I’d baked plain scones for our afternoon tea and served them with clotted cream, strawberry jam and slices of Battenburg cake and swiss roll. Sophie and Thomas certainly enjoyed the cake!

Hubby brought a speaker outside so we could play some 1940s music for our VE Day party. We couldn’t resist getting up and having a little dance a few times. Hubby and I met through the ballroom dancing society at university over twenty years ago. We’ve forgotten most of what we knew but it was still lovely to get up and dance together, even if we were mostly shuffling through the steps. Sophie and Thomas enjoyed having a little dance with us too. 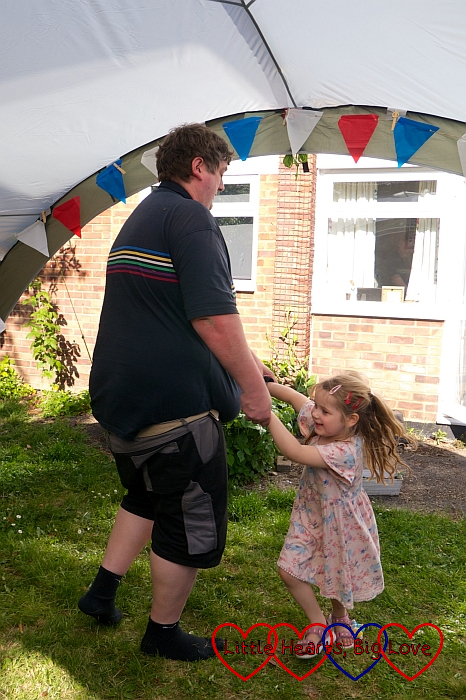 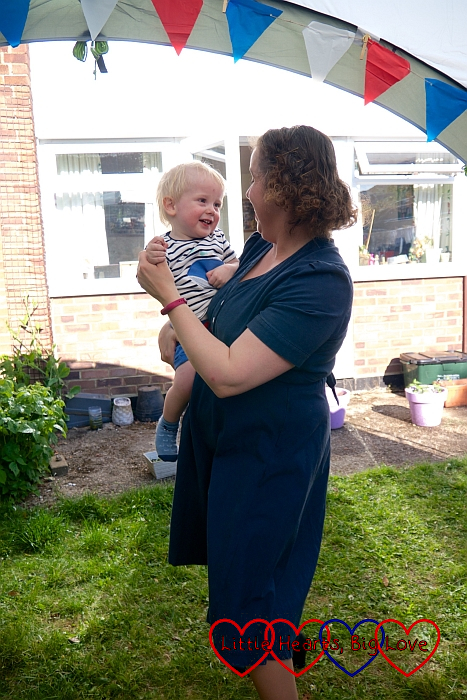 It was lovely to spend the afternoon in the sunshine and have a little garden party. Lockdown has been hard at times, but we are very fortunate to live in peaceful times. I cannot imagine how hard it must have been to live through six years of war and I think it is important to remember those who did endure the horrors of war – those who gave their lives, those who survived and those who lost loved ones. In the words of the Nation’s Toast – ‘To those who gave so much, we thank you’.