Claremont Landscape Garden has been on my places to visit for a little while now. It was once the home of Princess Charlotte of Wales, the only child of George VI. She lived at Claremont after her marriage to Prince Leopold (later Leopold I of Belgium, and uncle to Queen Victoria). Her death on 6 November 1817 at the age of 21, shortly after giving birth to a stillborn son sparked a succession crisis as she was the only legitimate heir to the throne at the time. The race for her unmarried uncles to marry and produce heirs led to the birth of Queen Victoria. It’s interesting to think that had Princess Charlotte not died, Queen Victoria would never have been born and our Royal Family today would have been very different.

Princess Charlotte’s story and the history of Claremont made it an interesting place for me to visit. For the rest of my family though, it was just a beautiful place for an autumn walk. We started off at the children’s play area where the girls had lots of fun climbing up the wooden castle, sliding down the slide and rocking on the swans. 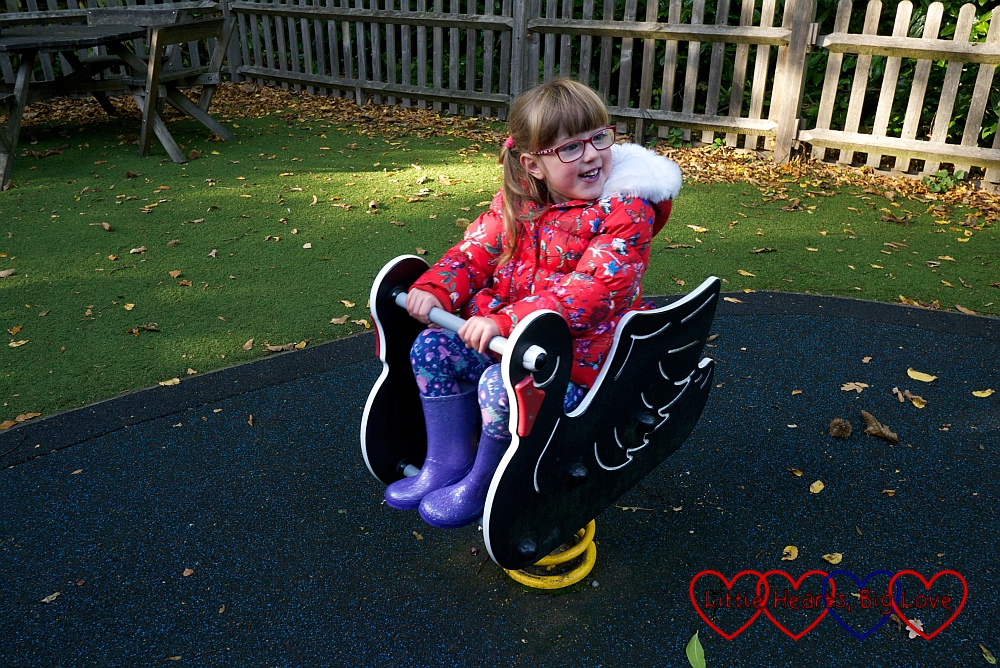 There is a natural play area near the children’s play area but this wasn’t easy to get to with Jessica’s buggy. We decided to take a walk around the lake and grounds instead. Most of the paths on our walk were quite accessible although some areas were a little hilly and were harder work with the buggy! 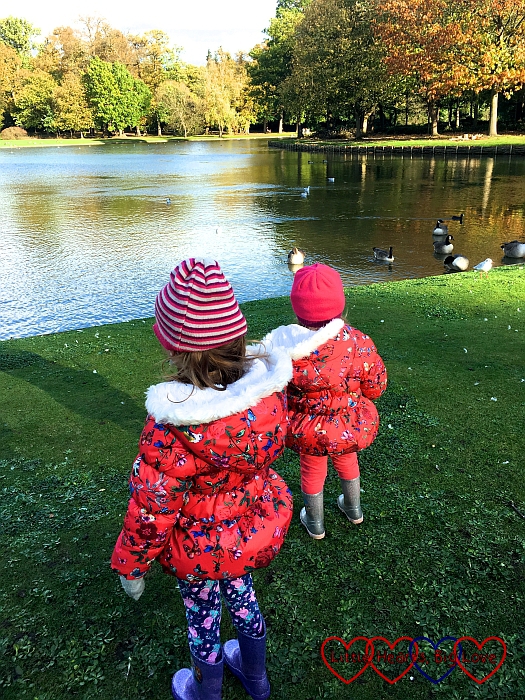 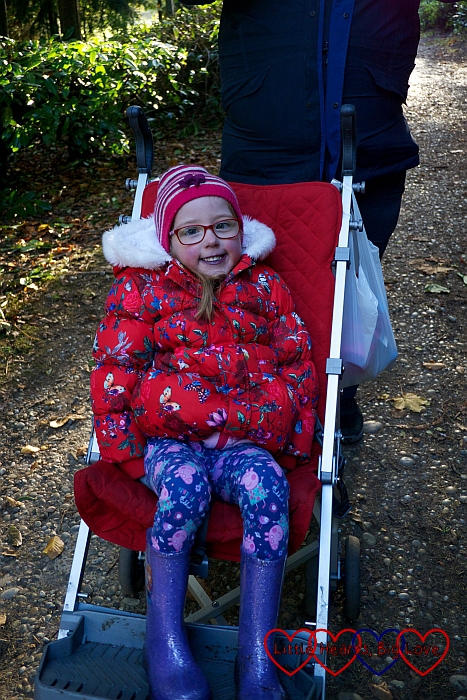 The girls loved the natural stepping stones near the ha-ha. They also had lots of fun picking up piles of autumn leaves and throwing them in the air. I love how simple things like this can bring a child so much joy. 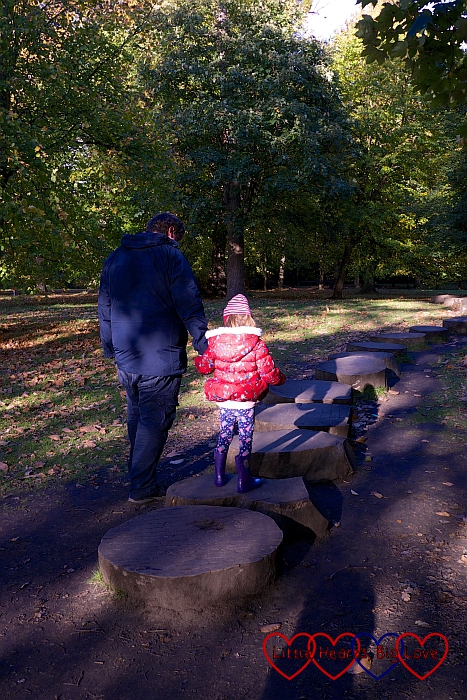 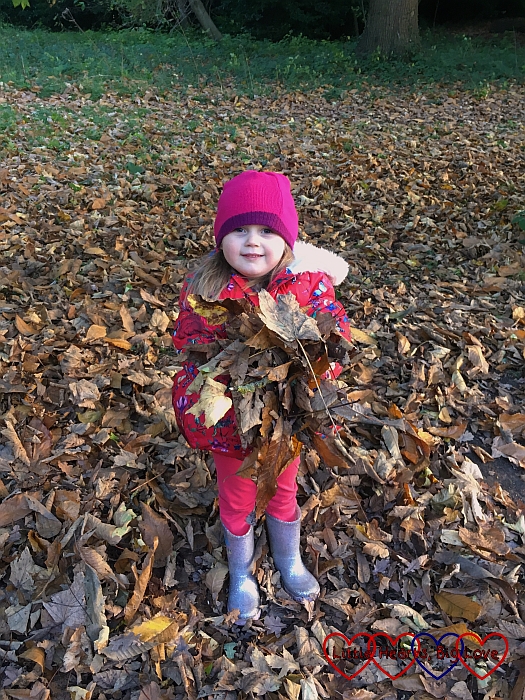 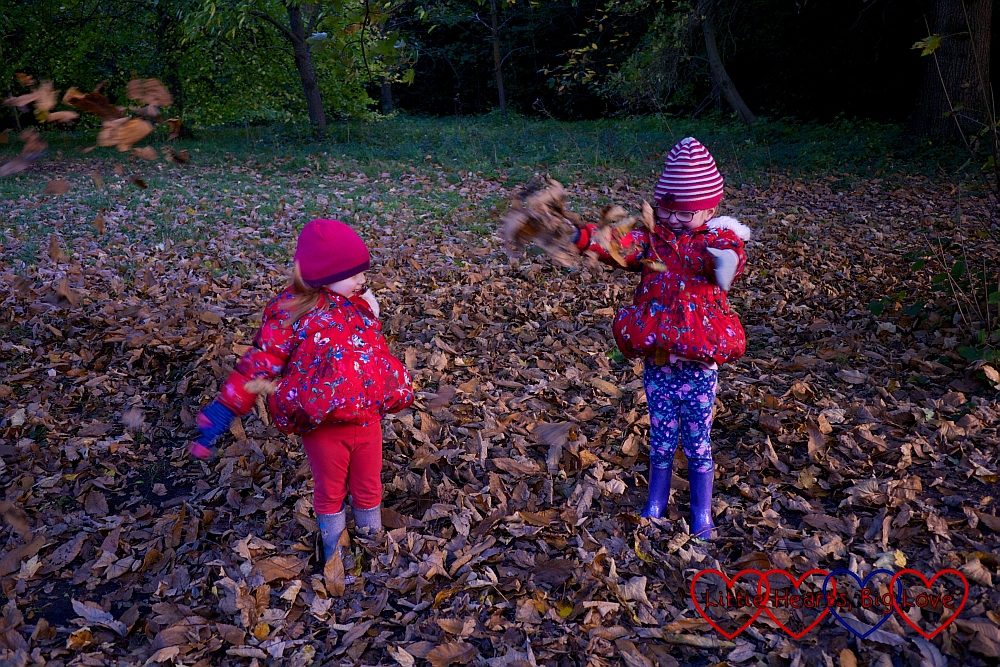 Jessica can never resist rolling down a hill when she gets the opportunity! She found a nice one to roll down near the Camellia Terrace. 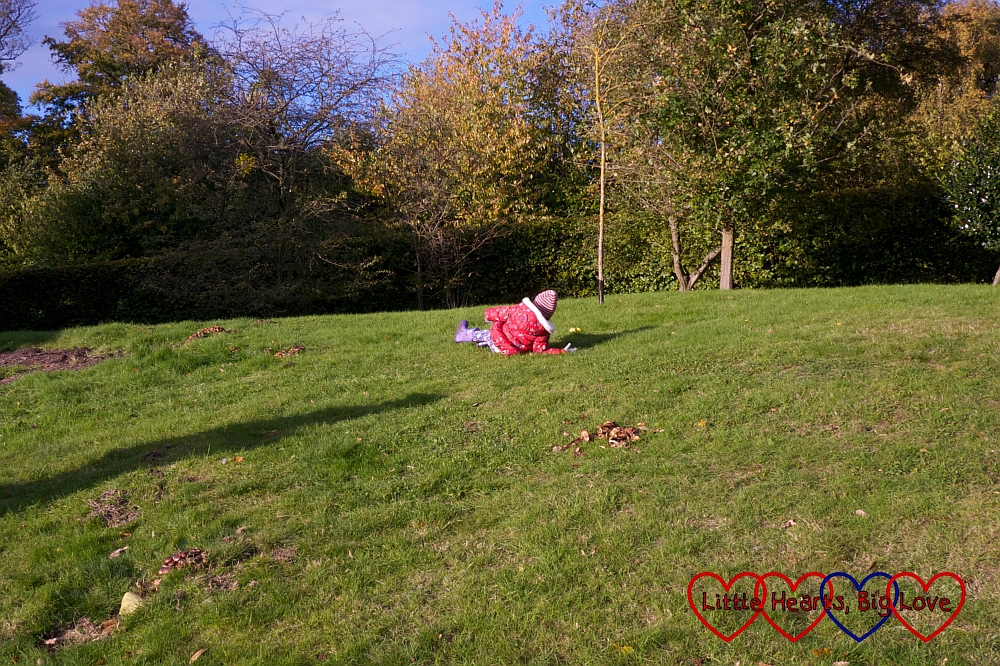 We enjoyed the views of the lake from the mausoleum site. Princess Charlotte commissioned a gothic tea-house to be built on this site in 1816. She died before it was completed though and it became a mausoleum to her. The mausoleum was demolished in 1922 but the National Trust have built a replica on the site this year to commemorate the 200th anniversary of Princess Charlotte’s death. 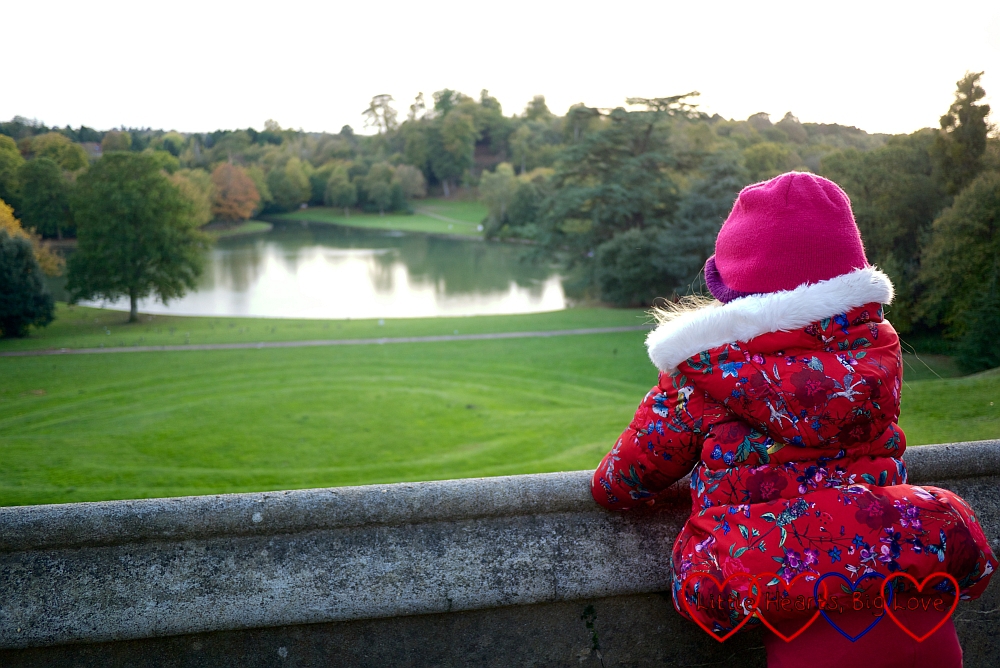 The walk down from the mausoleum site back to the car park was down quite a steep hill. This wasn’t quite so easy to manage with the buggy. Thankfully Jessica was happy to walk for a bit which made it easier. 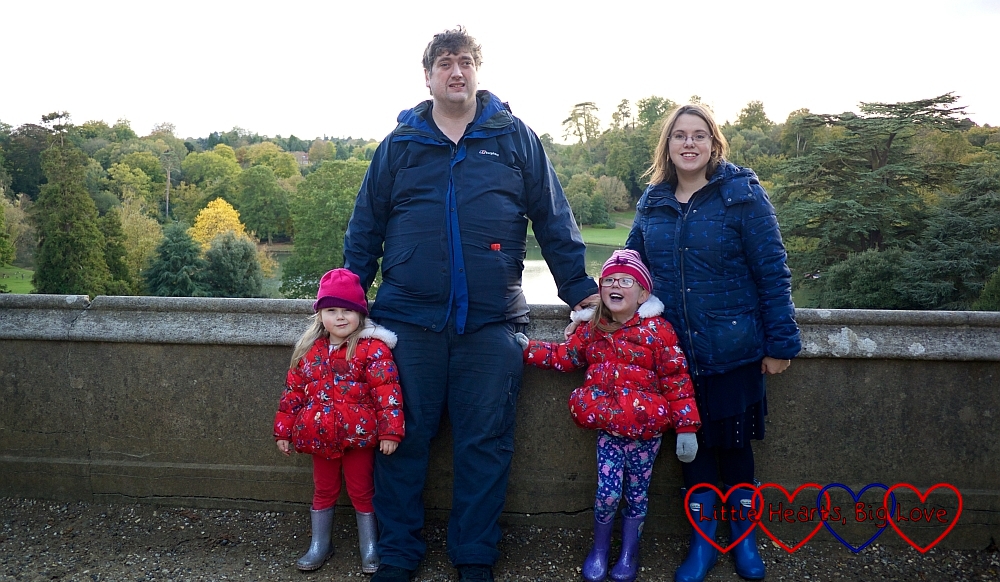 It was a lovely way to spend an afternoon as a family. For hubby and myself, it was quite a bittersweet afternoon. We were both very aware that this was our last opportunity for a family day out before Jessica’s surgery was due to take place on 9th November. Neither of us talked about it until afterwards, but we were both acutely aware of just how precious those family moments were. However, Jessica’s surgery has now been postponed until 21st November. We will now have a little more opportunity to enjoy some family time together as we wait. Having that surgery in the forefront of our minds has certainly made us focus on those little moments together though. We’ll be making sure we make the most of them.