Making mud pies in the garden is one of those wonderful fun activities that children love to do. I have to confess that it’s something the girls rarely do. I’ve never particularly discouraged it but nor have I actively encouraged it either. 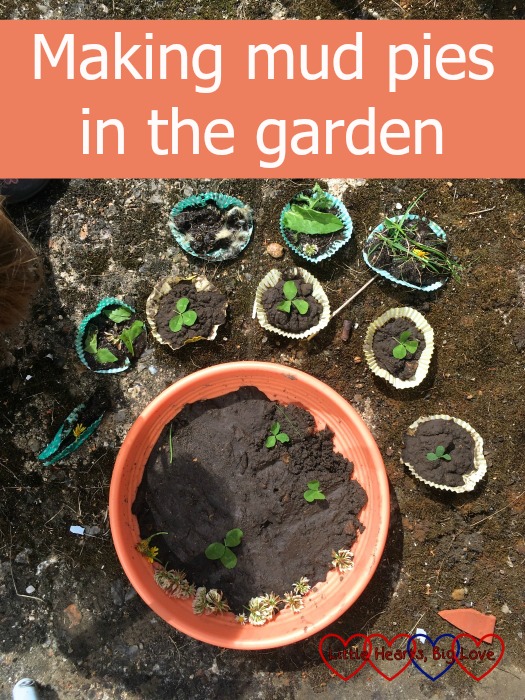 My girls don’t always like to get mucky in the garden. Sometimes I think they worry a little too much about getting messy. While there are definitely times that this is a good thing – there are also times when I think it holds them back a little from having fun. As I often say (and they often remind me) “clothes can always be washed!” After all, they’re only little children for a short time. 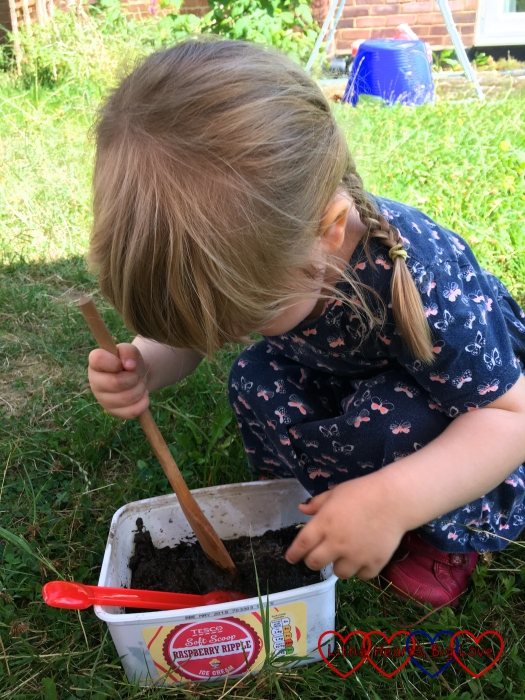 An old ice-cream tub, unwanted spoons, terracotta dish and some paper cupcake cases were the perfect accessories for making mud pies.  We collected some of the earth from around the edges of the garden and added some water to make the mud. Sophie loved helping to mix the mud and then fill the cupcake cases. They were a little flimsy though and I made a mental note to double them up for the next time. 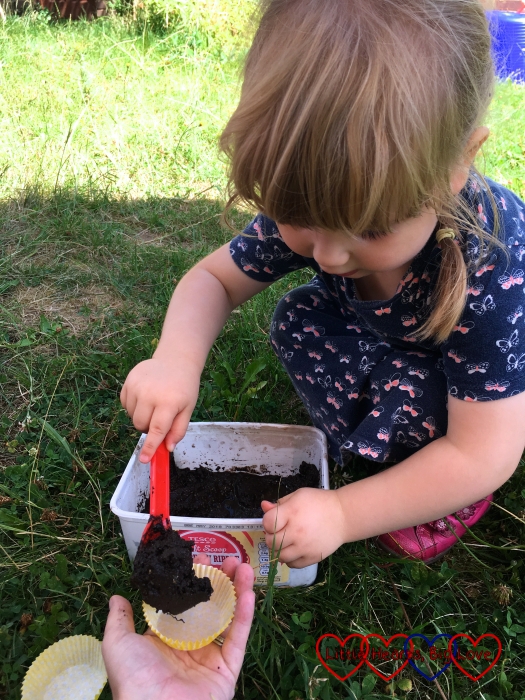 Once the cupcake cases were filled, we filled the terracotta dish to make a bigger cake. The cakes then had went in the “oven” (under one of the garden chairs) to bake. Once Sophie had decided that the cakes had baked for long enough, it was time to decorate them. 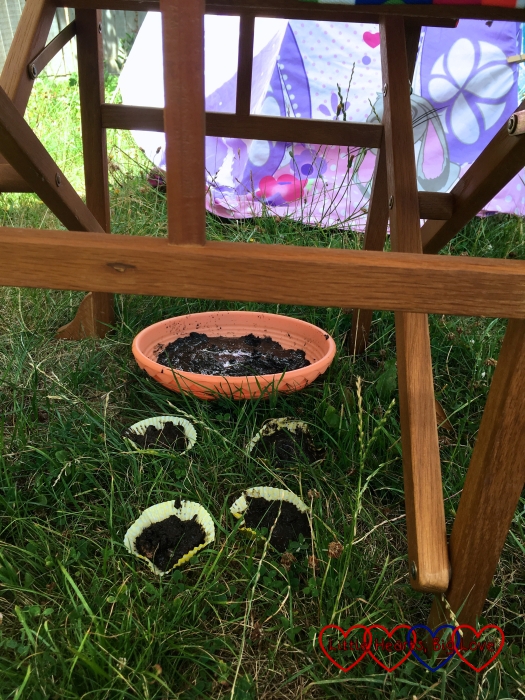 I thought Sophie would pick a variety of leaves and flowers from the garden to decorate her mud cakes. She mostly chose clover leaves and flowers though and then added sticks to the big mud cake to make candles. The mud cakes were for her doll’s birthday. Naturally, Doll then had to come outside to blow the candles out. This then resulted in Doll needing to have a wash! 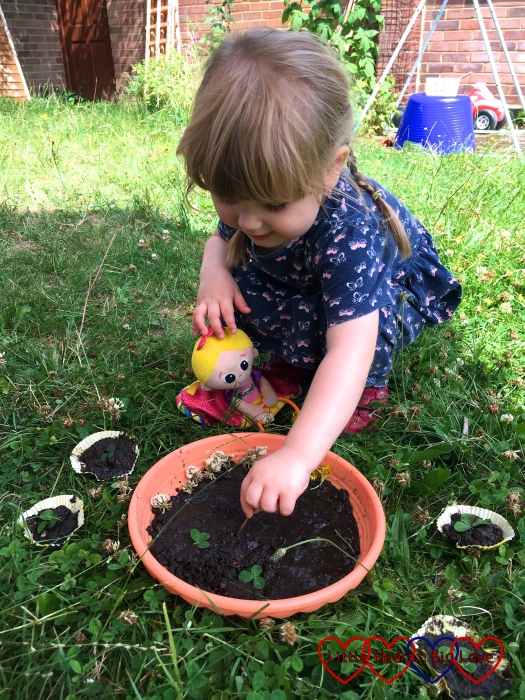 Sophie had so much fun making her mud cakes that we had to repeat it all over again later that day after Jessica came home from school. I loved watching my girls working together to make their mud cakes. Such a simple activity but they had so much fun doing it. 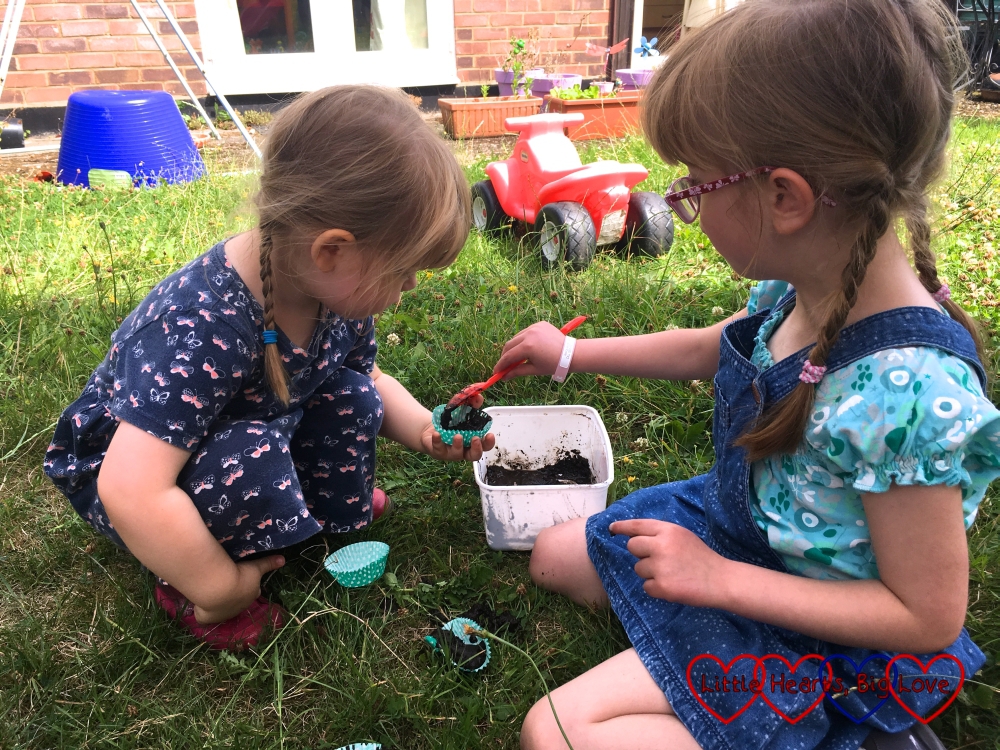 22 thoughts on “Making mud pies in the garden”