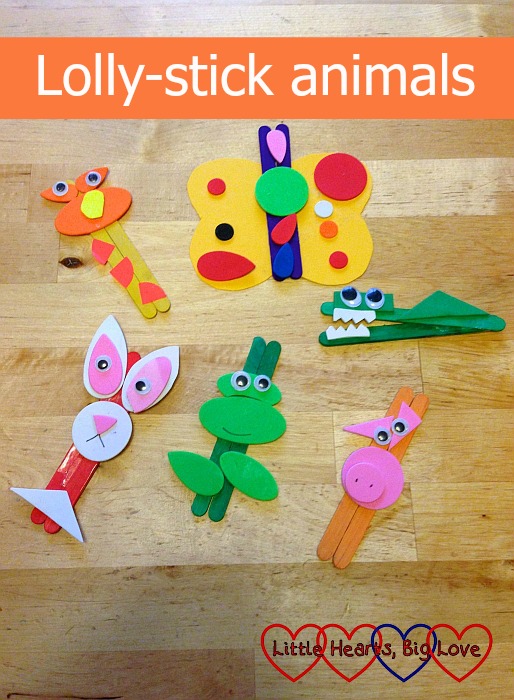 Spending time indoors invariably leads to Jessica wanting to do some “making”. Sophie’s afternoon nap is the perfect time to have some one-to-one time with my big girl and do some crafting together. 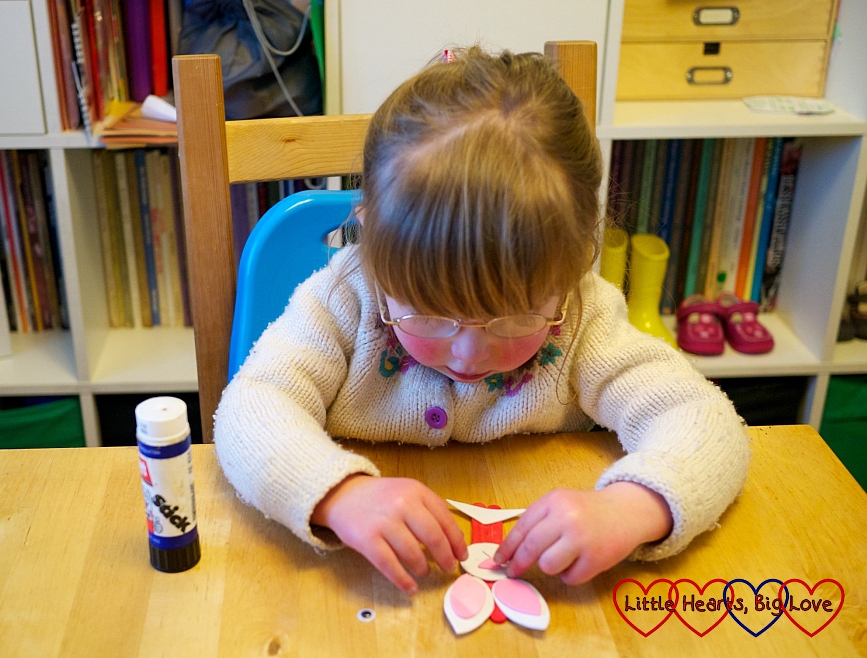 We started off by sellotaping two coloured lolly sticks together. Jessica then glued on various foam shapes to make the different animals. Once googly eyes and some features were added with a black pen, the animals were all finished and ready to be played with. 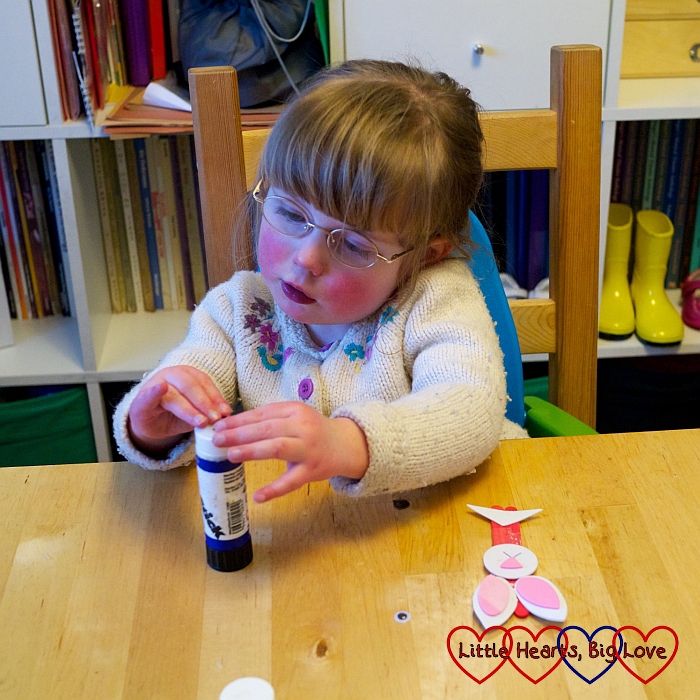 It was a nice simple activity which Jessica could do mostly by herself. She wanted a little help from Mummy with the positioning of some of the foam shapes to help make the animals a little more recognisable.  The crocodile which was a little more fiddly than the others, but they were all quick and easy to make. Jessica had a lot of fun afterwards playing with all her different animals. 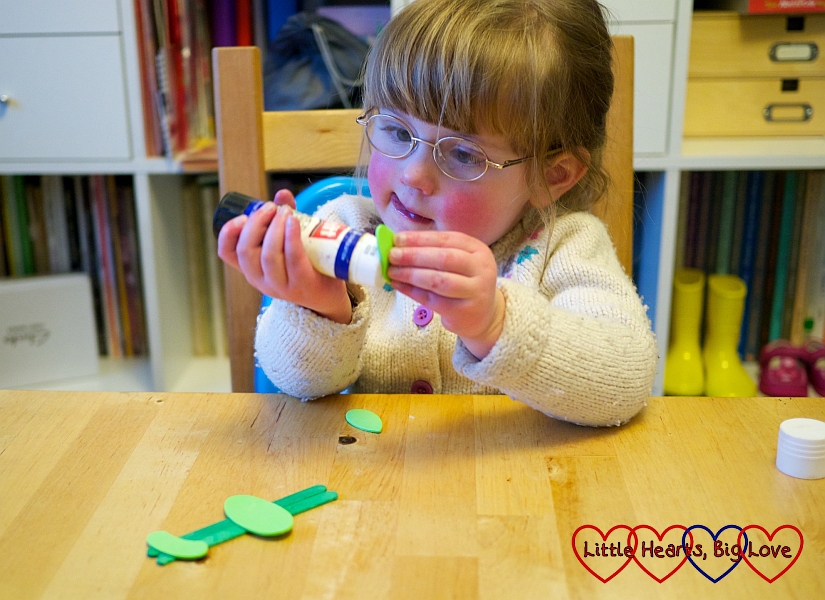