Now that Autumn is here, our preschool pass is valid again and we have been making the most of being able to go back to Legoland. We’ve been so many times now that we’ve almost fallen into a bit of a routine of which rides we visit and the order in which we visit them. Sometimes the order changes slightly but these are the best bits of Legoland from my preschooler’s perspective: 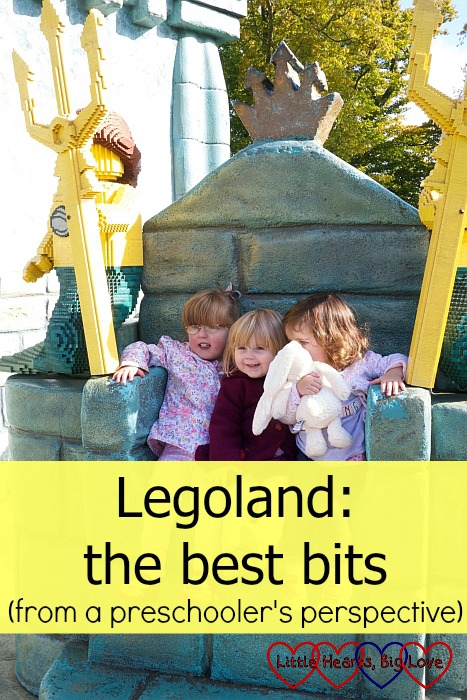 Also known as “the yellow boat” where we get to “see the fishes” and nearly always our first port of call. Heading for this ride first means that there is rarely much of a queue when we get there.   I find the toddler carrier invaluable when going on Atlantis – trying to step on to a moving submarine and go down a set of stairs is tricky with two small children. If I put Sophie in the carrier, that leaves both arms free for me to pick up Jessica, balance her on my hip, and hold on to the handrail going down the steps. 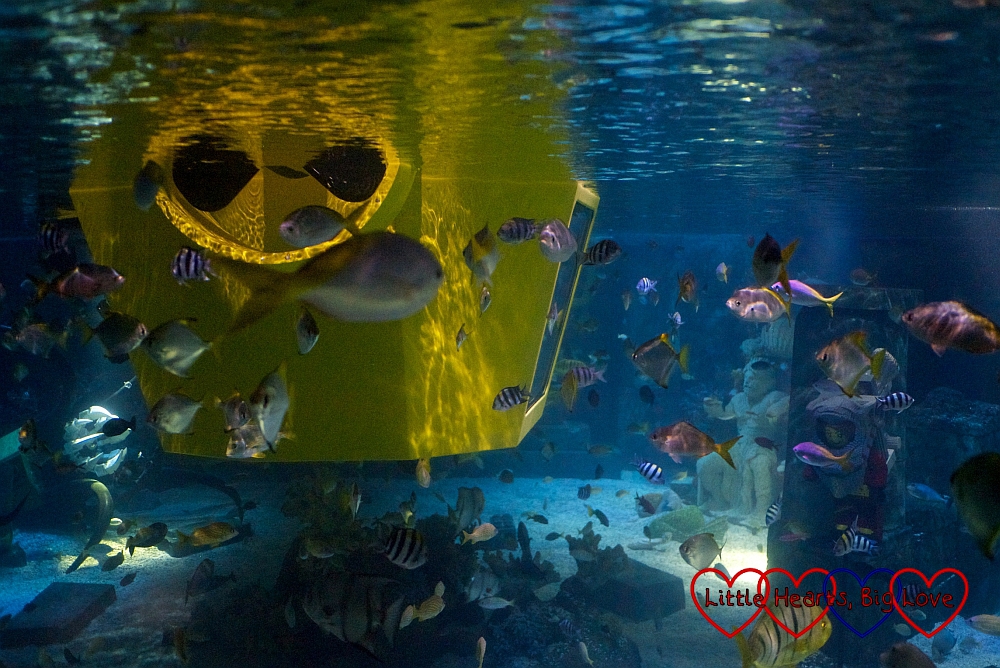 The girls love the “balloon ride” where they get to fly a balloon – making it go up by pulling the rope in the middle. In reality, it’s Mummy who pulls the rope and makes sure the balloon goes up as the girls don’t quite have the strength to hold it themselves – as long as I hold the rope higher up though, they still think they’re the ones doing it! 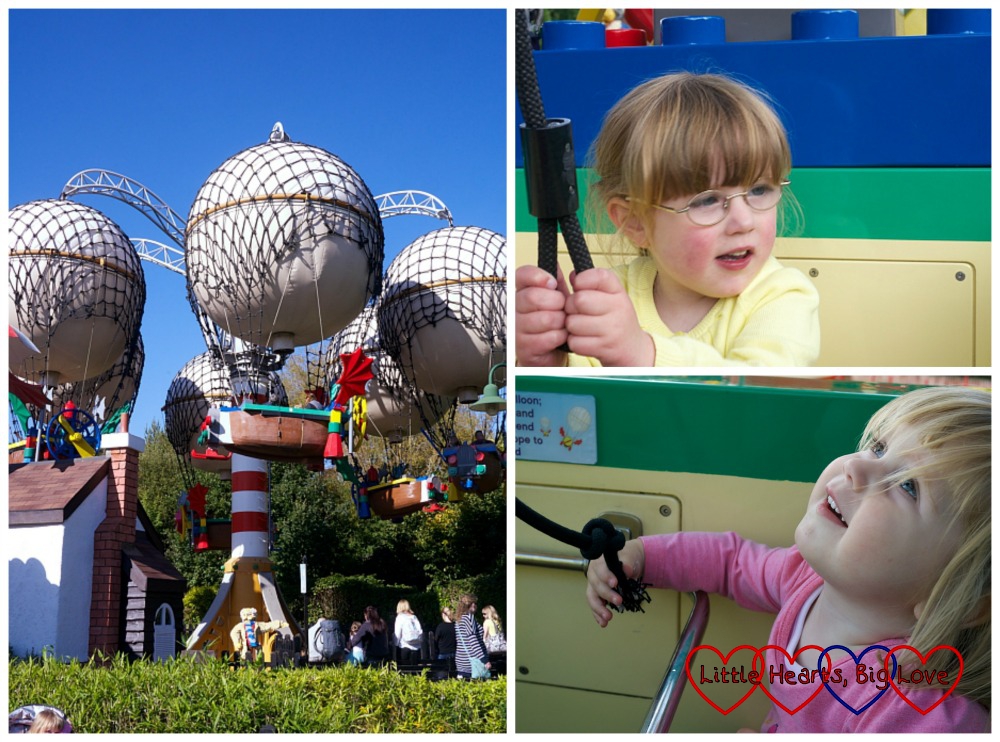 This is another good ride for getting a nice view across the park – a ferris-wheel style ride with six gondolas. We love this one when we’re with friends as there is enough room in the gondola for all six of us, whereas most of the other rides are limited to two or four per carriage. 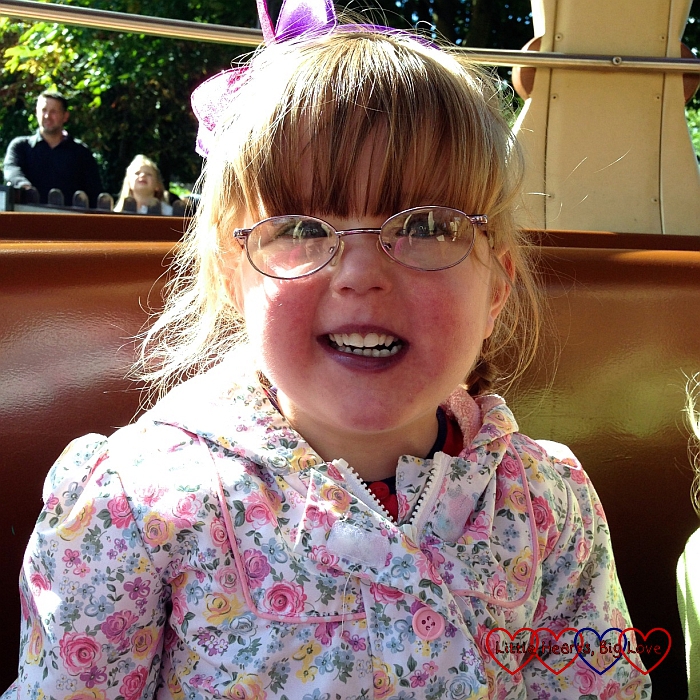 A nice gentle carousel ride next to the Aero Nomad. Whilst the girls will happily ride a horse each, their preference is nearly always to ride in the “spinny cup” or the carriage where they can sit next to a Lego person. We have been known to wait in the queue for the next ride in order to get on one of these! 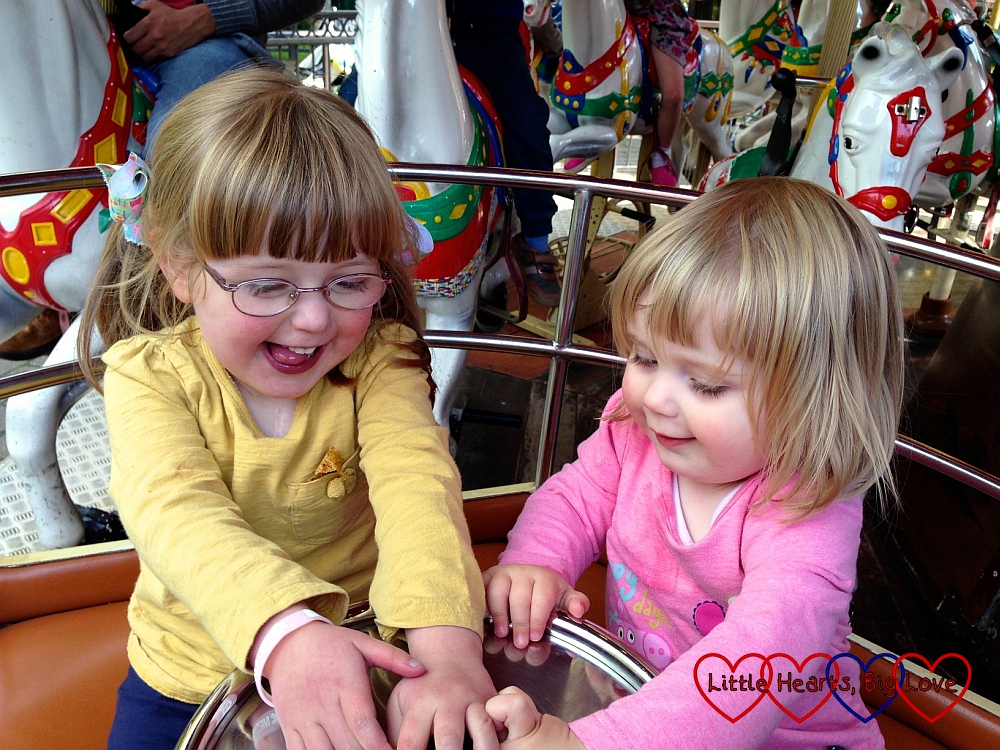 5) LEGO Friends to the Rescue

I have lost count of just how many times we have seen this show – I probably know the whole thing by heart now! The girls love to dance along to the Lego “fairies” (as Jessica calls them) and sing along to the songs. We always have to meet the “fairies” after the show and they now recognise the girls when they come to say hello. 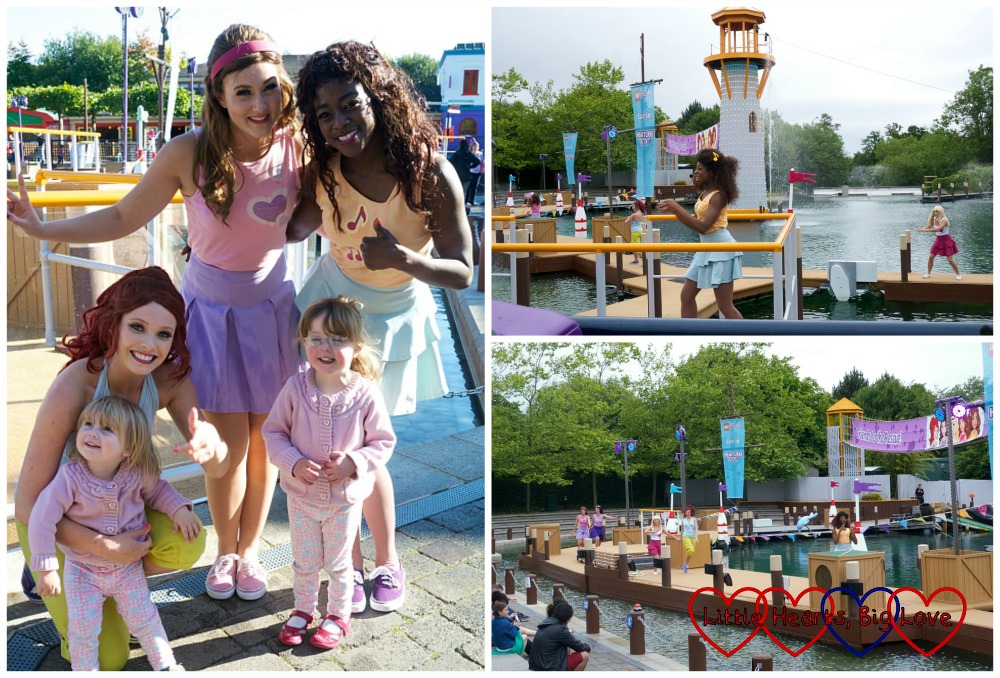 After the LEGO Friends show, we head to Duplo Valley for the first of many rides on the “blue train”. If there’s no queue (quite often the case in low season) then we end up staying on the train for multiple rides. Jessica loves to “drive” the train and I think Sophie would love to sit at the front too but she is too little to ride in a carriage without an adult with her and the front two seats of the train are just for children. 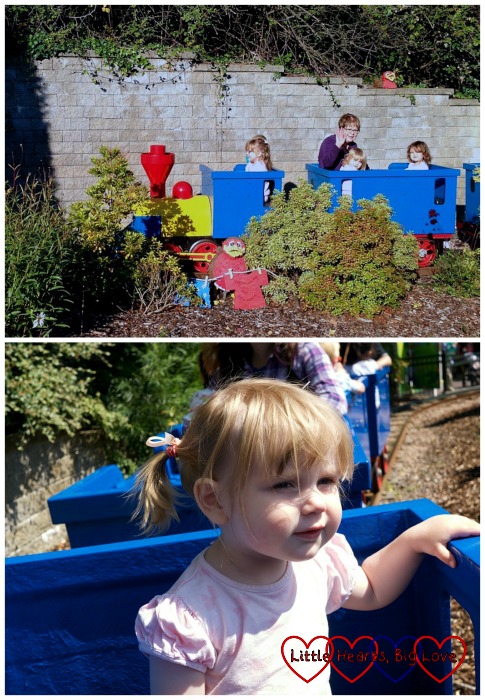 The girls love seeing a puppet show (or two) at the Duplo Valley Theatre each time we visit Legoland. There are two shows running at the moment – Little Red Riding Hood and The Three Little Pigs and we love them both. 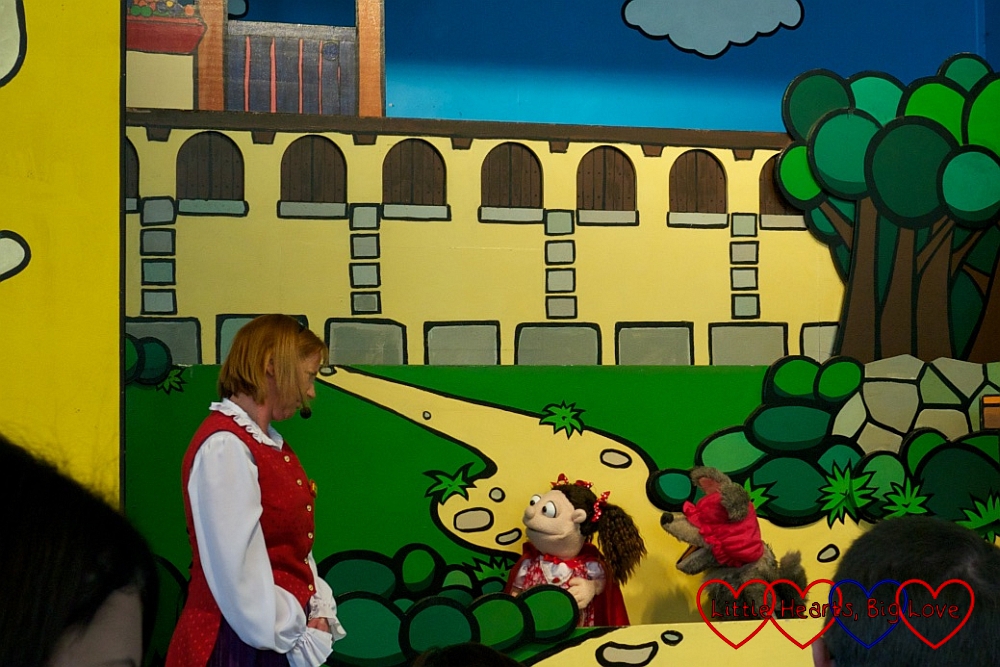 This is one of Jessica’s favourite rides but as Sophie is too little for this ride, I can only take Jessica on it if someone is with me to watch Sophie. The helicopters will only take one adult and one child though so even if Sophie was big enough, we would still need someone to wait with one child while I took the other on. 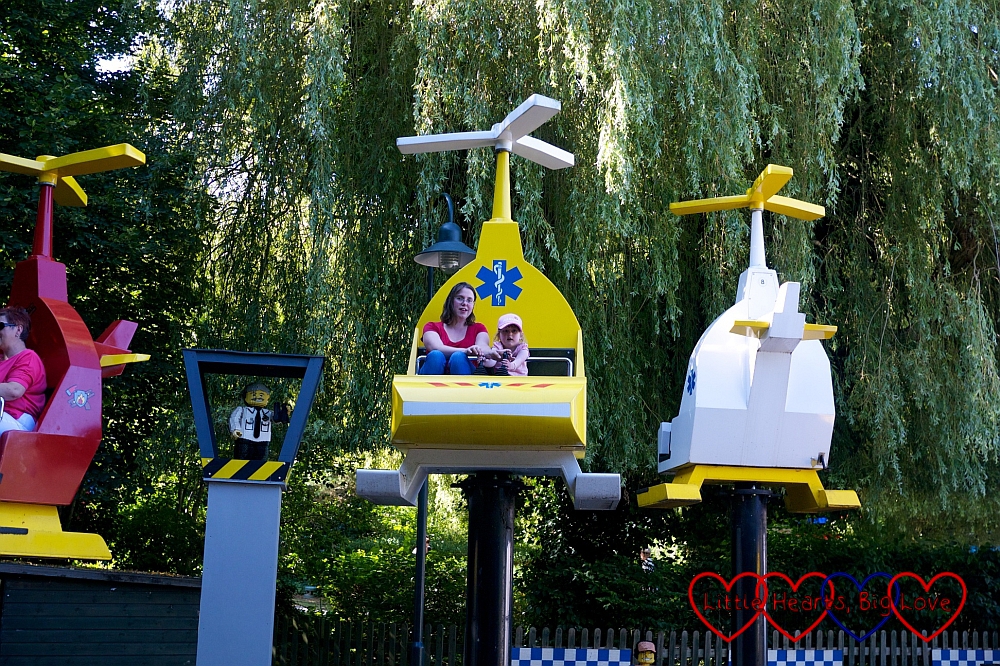 The Duplo Valley play area is a big hit with both the girls as there is so much to explore, climb and slide down. I find it quite a struggle to keep an eye on both children in this area though, especially as there is more than one way out. Whilst Jessica doesn’t tend to take too many risks, Sophie is quite a climber and is much less aware of potential danger. Consequently, the girls only get to explore this area if there is someone else with us who can help supervise or if Sophie is having a nap in the buggy. 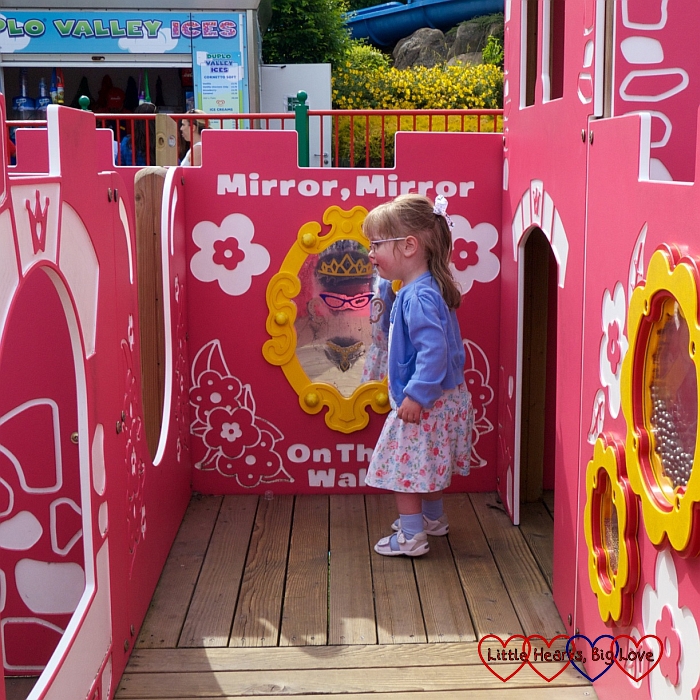 Our favourite part of Legoland – lots of Lego models of famous landmarks and buildings. We could happily spend an entire afternoon just wandering around Miniland and looking at everything. Every time we go, I notice something that I hadn’t seen before. Jessica and Sophie love watching the trains going around Lego Holland and Lego Scotland or racing the Lego dragsters at the Santa Pod model. 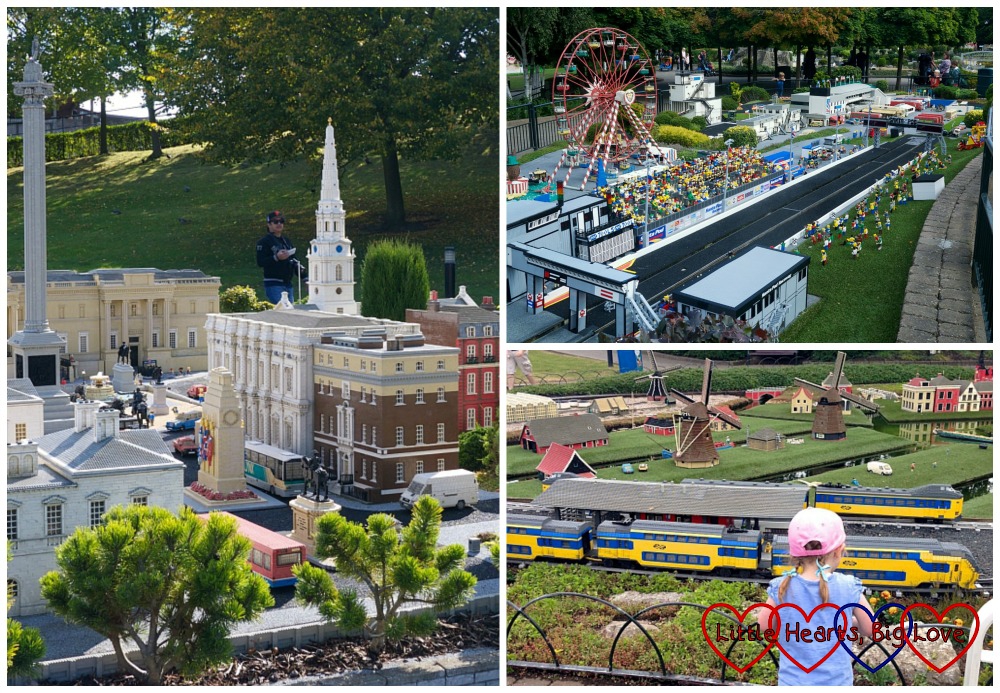 Have you been to Legoland with small children? Which rides and attractions were your little one’s favourites?

20 thoughts on “Legoland: the best bits (from a preschooler’s perspective)”