Sometimes the best days out are those where we are searching for fairies in the woods. Sometimes they are days when a little imagination turns a walk into a fairy tale adventure. Sometimes there are trails to follow and dragons to be found. But in each of those days there is always a moment; a moment when I stop and watch and know that for that instance in time, life feels utterly perfect. It may only be a brief moment but it is there nonetheless. 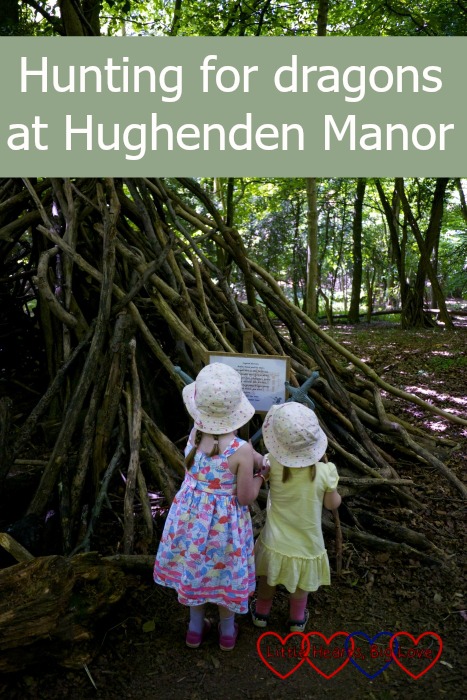 Sitting in the sunshine having a picnic at Hughenden Manor before setting off on a knights and dragons trail was one of those moments.  A moment of looking at my hubby and seeing the man I first fell in love with while our girls were happily using him as a climbing frame.  It’s a moment that often seems to happen when we are out and about – and one of the many reasons why I love getting out and about with my family. 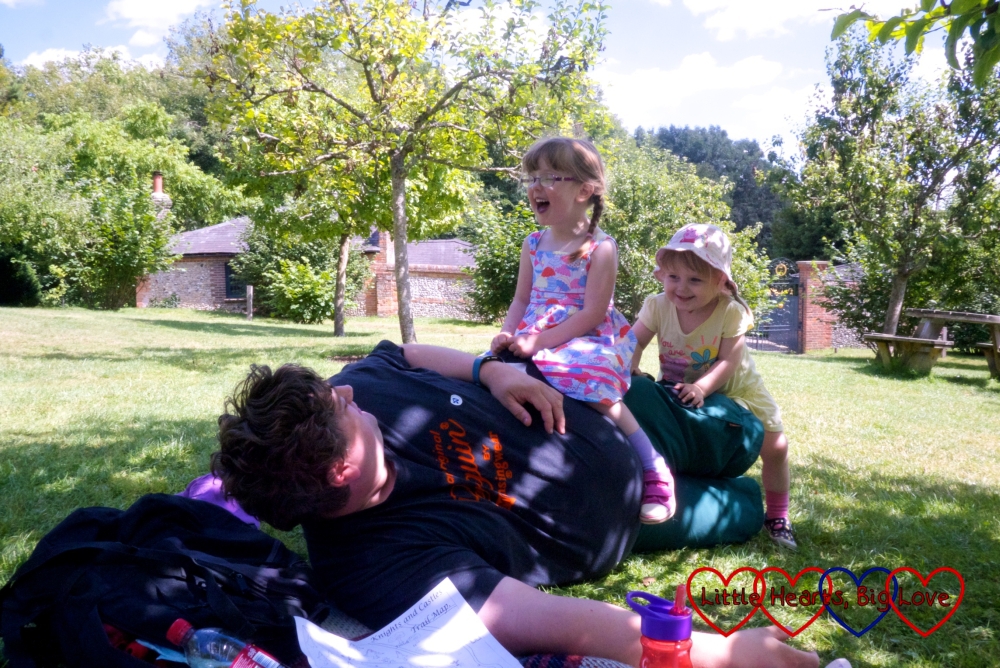 For Jessica and Sophie though, the excitement was in the hunt for the dragon.  The map we had been given wasn’t very clear at showing where the start of the trail was.  Fortunately, we had been given directions to the start when we picked up the map – we would have struggled otherwise! 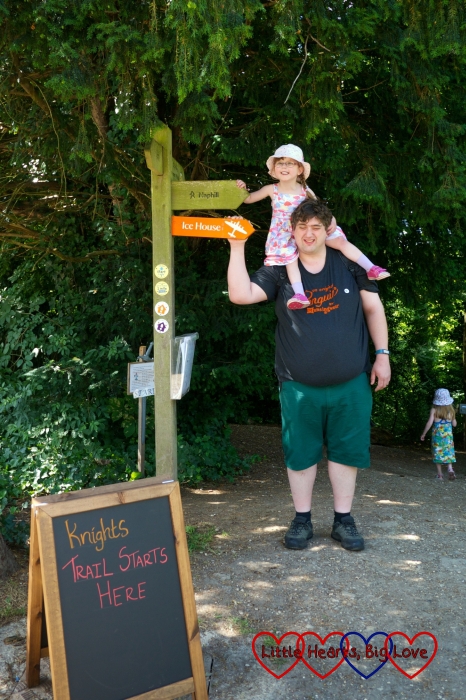 Having found the starting point, we headed into the woods in search of clues as to where we could find the dragon.  It was a hot day and the coolness of the woods was quite a relief after sitting out in the sunshine to have our picnic.  Jessica and Sophie soon spotted some clues that the dragon had passed this way – some dragon scales that had brushed off on a tree. 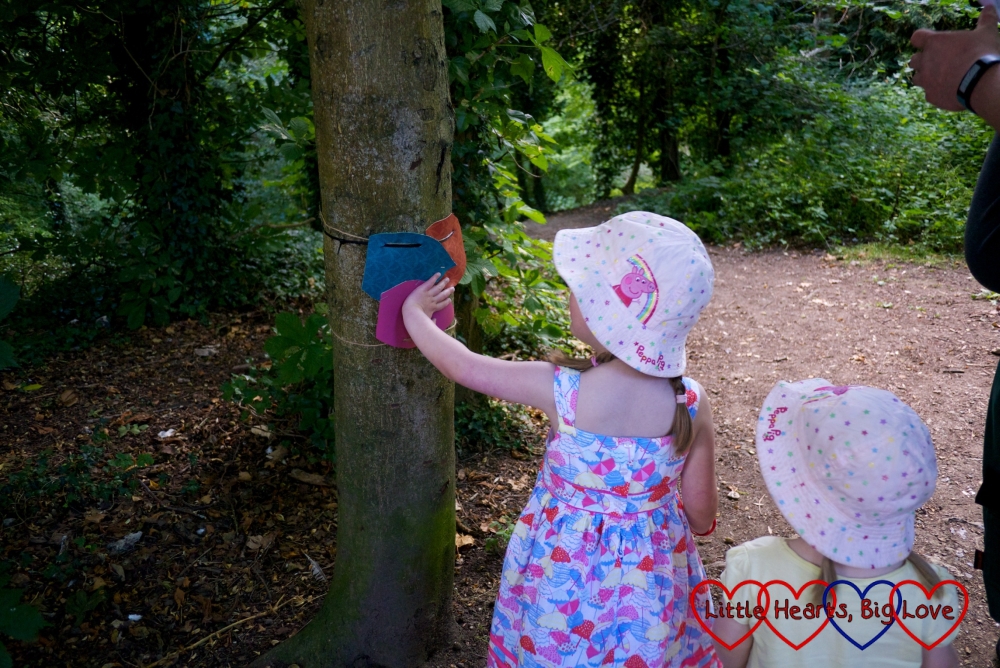 I loved the rhymes found at each point on the trail helping indicate where the next one might be found.  Some of the clues had pictures of dragons; some had a knight’s helmet and others had swords.  We found one sword stuck in a log.  Hubby tried to pull it free with a little help from the girls, but clearly he wasn’t kingly material and the sword stayed stuck. 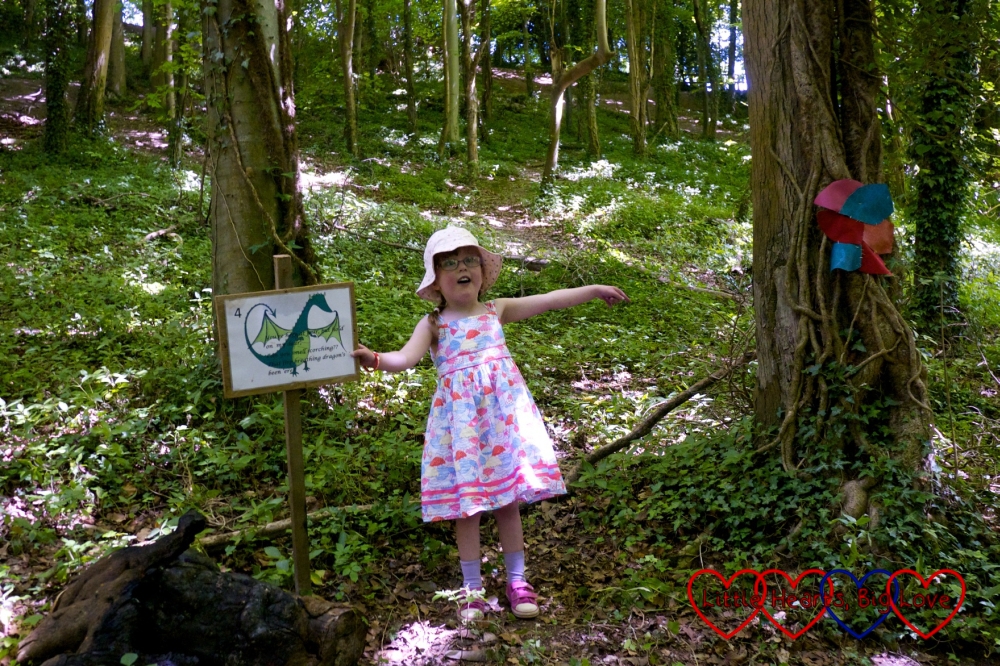 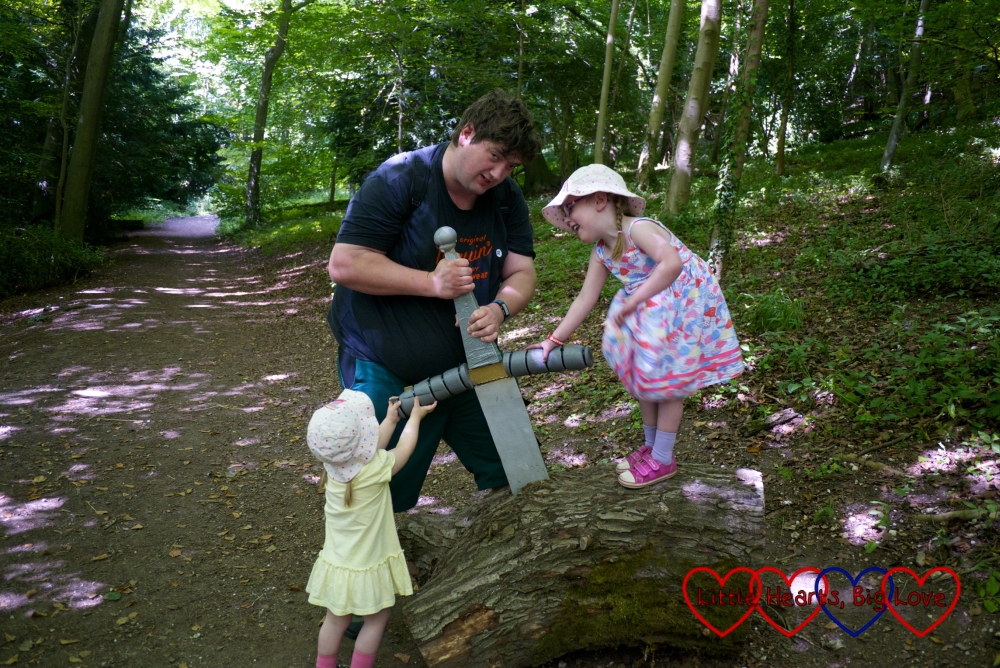 Jessica and Sophie quite liked making noises like horses’ hooves using coconut shells at one of the points on the trails. 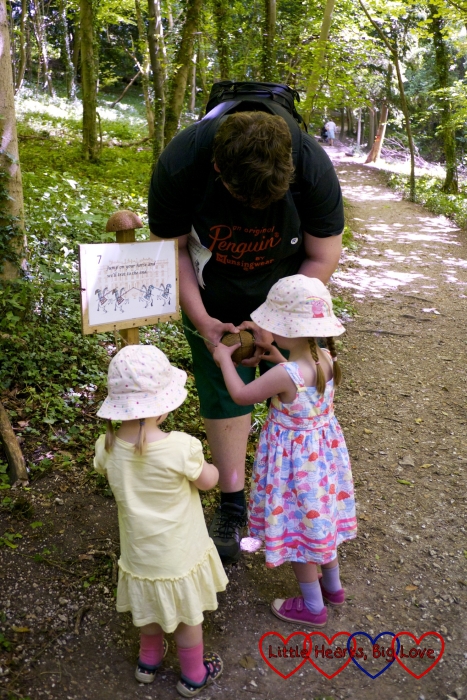 About three-quarters of the way round the trail, we decided to take a slight detour and explore around the house and surrounding gardens.  Jessica couldn’t resist the steep slopes leading down into the gardens – perfect for rolling down! 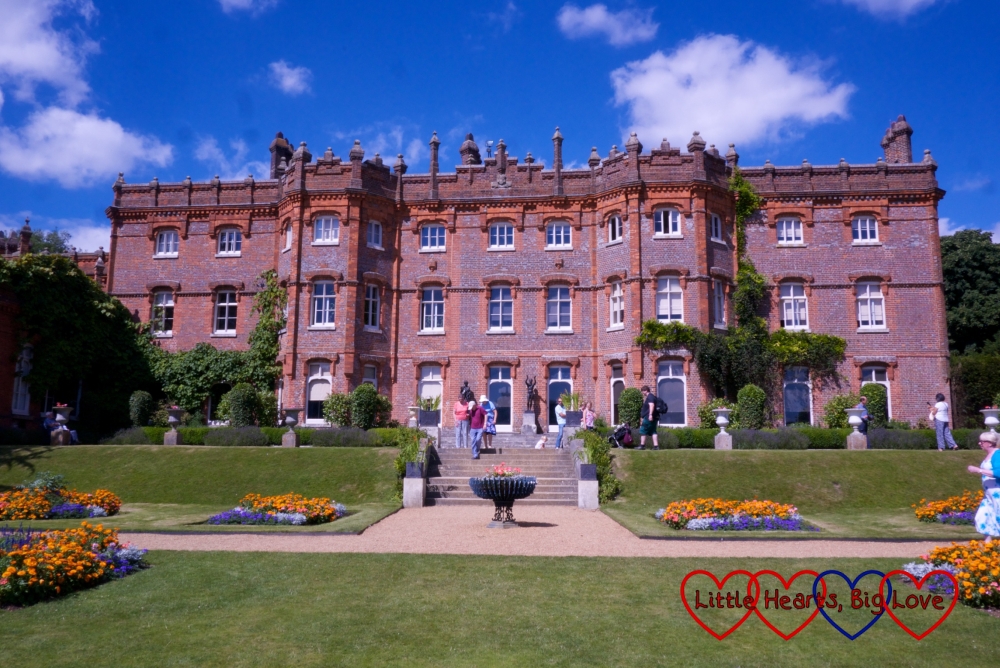 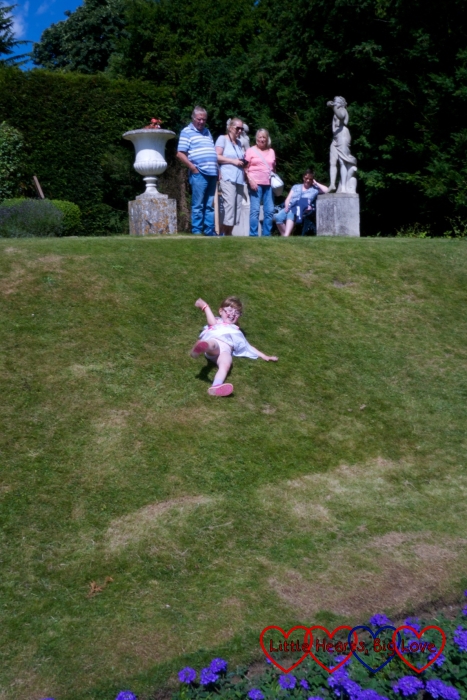 We also explored the kitchen garden where the girls enjoyed playing with wheelbarrows and watering cans, while I picked up some lettuce seeds for us to plant at home. 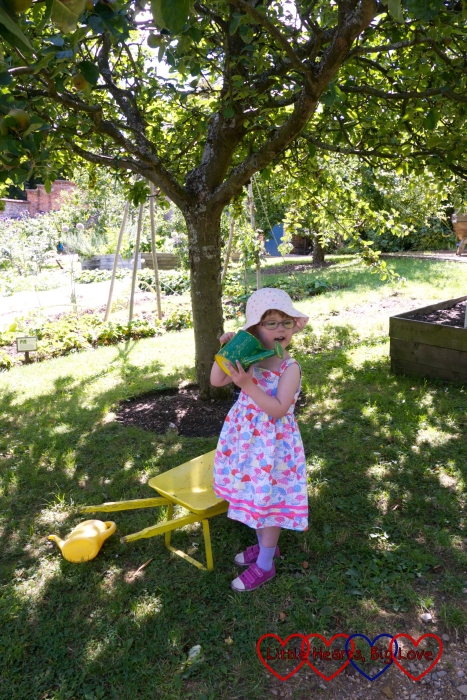 Back on the trail, and there were just a couple more clues before we finally came across the dragon.  Thankfully he appeared to be sleeping and we were careful not to disturb him while taking our photos! 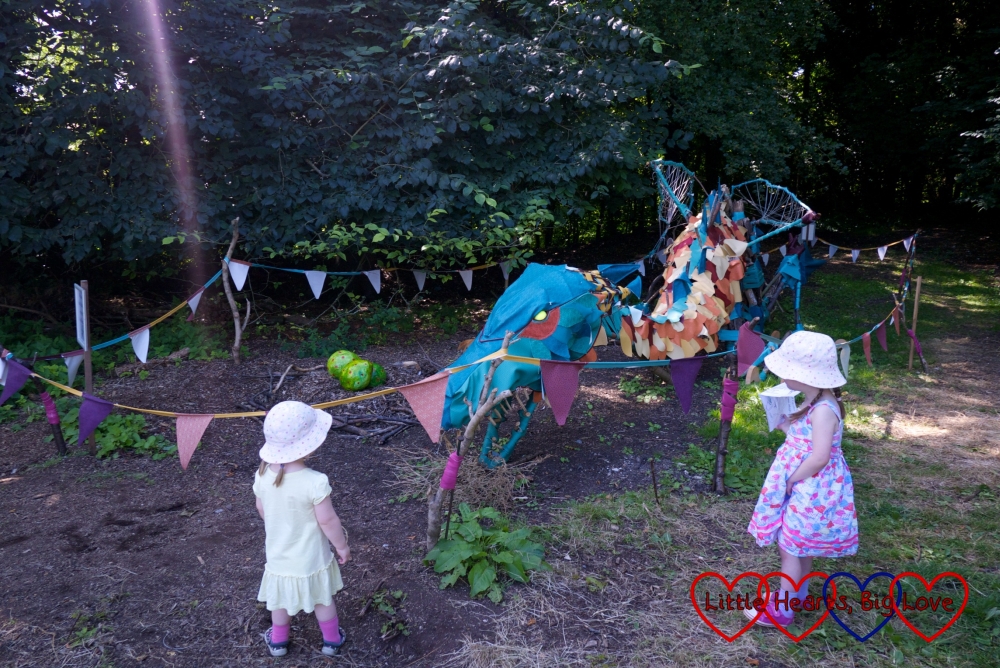 An afternoon in the sunshine with my family, exploring somewhere new and finding a dragon along the way – definitely the recipe for a perfect day out.

31 thoughts on “Hunting for dragons at Hughenden Manor”