The Gromit Unleashed 2 trail has been on our summer activity wishlist ever since we heard it was coming to Bristol. However, with Thomas arriving at the start of the summer holidays, we weren’t sure we would get an opportunity to do it. However, we had a free Sunday towards the end of the holidays and decided to head to Bristol and see how many we could find.

Gromit Unleashed 2 is a trail of 67 colourful sculptures featuring the Aardman characters Wallace, Gromit and Feathers McGraw in various guises.  The sculptures are found in Bristol and the surrounding area. 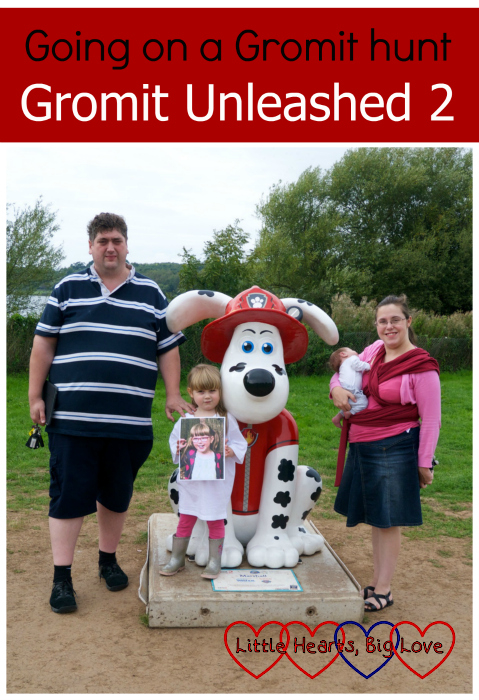 The app for the trail lists all the different sculptures, along with a map of locations. There are various mini trails covering different areas of the city and you can collect awards along the way by completing various things. There are awards for finding a sculpture at a certain time of day: completing a trail; doing a certain number of steps while hunting for sculptures or for visiting a page on the trail website. It’s a fun way of ticking off little milestones along the way. The Shaun in the City trails three years ago had similar awards and I remember having fun trying to collect them all.

Sophie loved using the app to look at each of the different sculptures and to follow the map while we were hunting for them. She enjoyed looking through the pictures of each of the sculptures to see which was next on our list or to decide which ones were her favourite. It reminded me of how Jessica had done the same with the Shaun Spotter app. She had loved looking back through all the pictures of the Shaun the Sheep sculptures for a long time afterwards, remembering our hunt for them. We still have the app on the iPad; it’s one we can’t bring ourselves to delete.

As well as the app, we also used the paper map picked up at Gromit Unleashed HQ. This had several small maps showing the locations of the sculptures for each of the mini trails. My only criticism was that it didn’t have a larger map showing the whole area of the trail. This would have made it easier for us to work out where the areas for each mini trail overlapped. Most of the sculptures were in the city but some were much further out, with the furthest one being on the pier at Weston-Super-Mare.

Our hunt around Bristol for the Gromits brought back a lot of memories. We would often pass a location where one of the Shaun sculptures had been and would remember which one it was and the memory it triggered. Jessica was constantly in our thoughts. We had her photo on the iPad (and later as an A4 print) so we could include her in family photos at certain locations. These were at locations which brought back special memories or ones that Jessica would have particularly loved.

The trail was set up as part of the Grand Appeal which fundraises for Bristol Children’s Hospital. There were donation points at some of the sculptures. Some of these were generic ones; others were for specific departments or wards. A couple of the sculptures which we took our family shots at had donation points for locations which had been significant on Jessica’s journey, such as PICU or Children’s Emergency Department (albeit in different hospitals). It was only after we had taken the photos that we noticed the significance of the location on the donation point.

We weren’t expecting to find all the sculptures on the trail due to having such a short window of opportunity to look for them. Our first day focused mostly on the Bristol Walking Trail and the Harbourside Trail.

We took a little bit of time out from our hunt in the afternoon for Sophie to play in the water areas near the Bristol Aquarium. She had a wonderful time splashing about and getting thoroughly soaked. We hadn’t anticipated time out for water play so didn’t have a towel with us but thankfully we did have a full change of clothes for her! 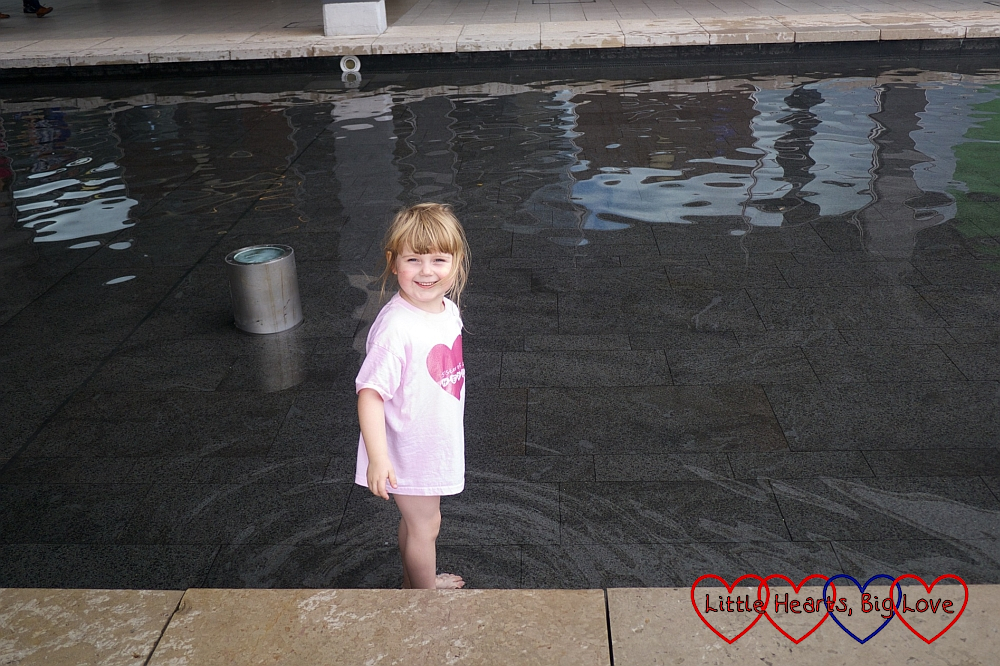 As the day went on, and we ticked more and more sculptures off the list, Sophie and hubby became determined to find as many as they could. We finished off our first two mini trails and then looked at which sculptures on the other trails we could find before heading home. Some of the sculptures were in indoor locations with restricted opening times whereas others could be found at any time of day. 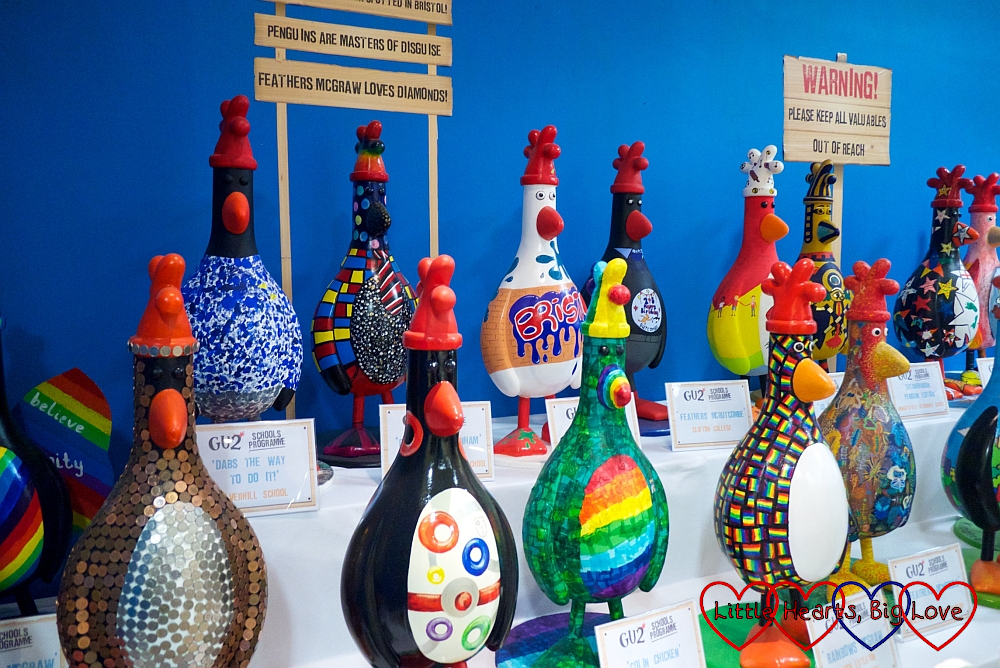 Sophie was very eager to keep hunting for as long as possible. Each time we found one sculpture, she would ask “can we find another one now?”. It was quite late by the time she and hubby were ready to call it a day. We’d ticked 43 of the 67 sculptures off our list and were determined to fit in another day to Bristol to try and find the rest. 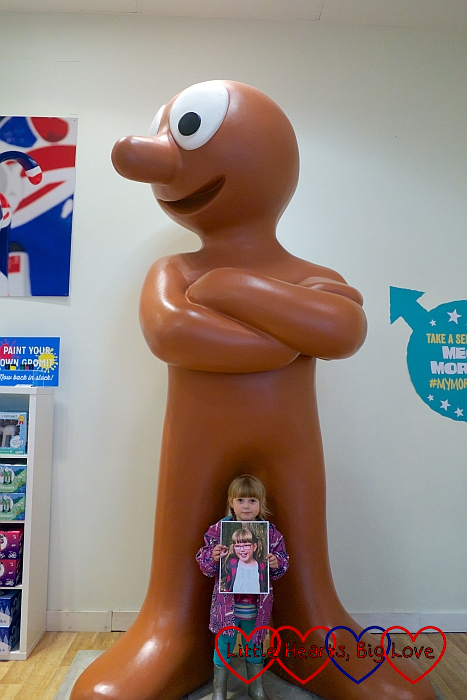 On the August bank holiday, we were back again. We’d travelled up to Bristol after visiting friends in Southampton. It was mid afternoon by the time we started our hunt. The remaining sculptures were much more spread out and would take longer to find. There were also quite a few with restricted opening hours. We tried to plan a route to find as many of these as we could before they closed for the day but knew we couldn’t find them all in the time we had. Oh well, we’d never expected to be able to find them all – we would just see how many we could find instead.

Once again, hubby and Sophie were keen to keep hunting for as long as they could. Thomas and I were a little less enthusiastic. Every now and then hubby and Sophie would head off to find a sculpture while I stayed in the car to feed Thomas. He was quite happy in the sling throughout most of our Gromit hunt though, spending much of it sleeping whilst snuggled up to me.

It was very late by the time we headed home on the second day of our hunt but we had ticked another 17 sculptures off the list, bringing our total found to 60. Just seven more left to find; six of which had restricted opening times. There was just one weekend left before the trail finished. Hubby was working Saturday afternoon and we were at a christening on the Sunday. We had a few hours to spare on Saturday morning though. If we headed to Bristol and started early enough, we might just about be able to finish the trail! 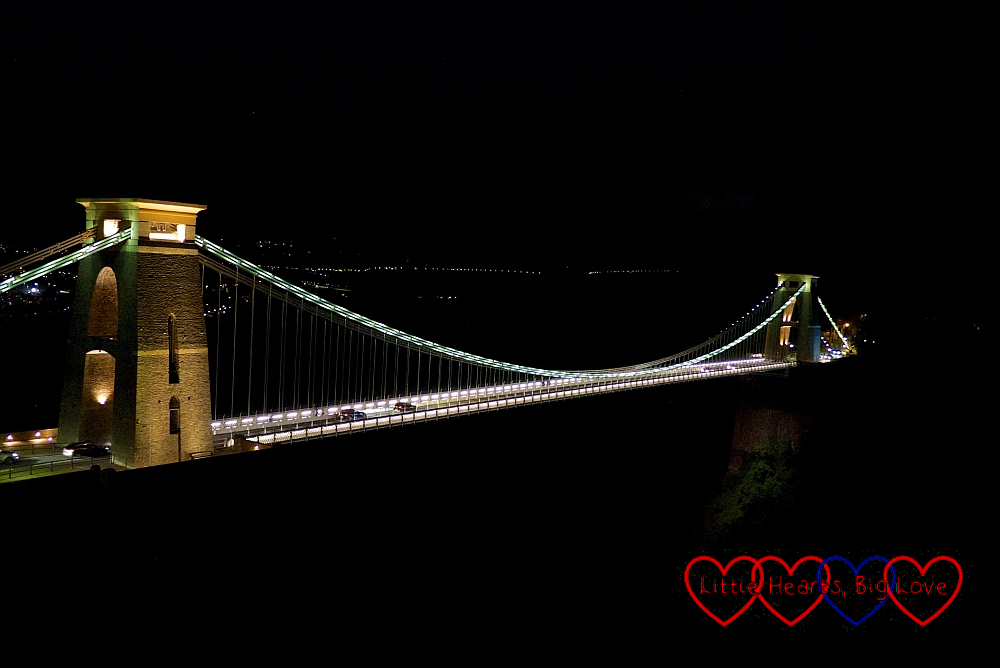 I should have guessed that we would end up finding a way to complete the trail. Once we start a challenge, we tend to be quite determined to finish it, even if it does mean going a bit crazy. The last few sculptures were spread out and we had a very short window of time in which to find them, but we did it.

It was good to get out and about as a family and set ourselves a challenge once more. We hadn’t done anything like this since Jessica died. It was very bittersweet to hunt for Gromits without her. There were many moments where one of us would say “Jessica would have loved this” and we shed quite a few tears along the way, but it was nice too to do something that felt like it was a “typically us” thing to do. Jessica would have loved it.

20 thoughts on “Going on a Gromit hunt: Gromit Unleashed 2”