Having found the 50 book benches across London over the summer, we’d intended to do the same with the Paddington Bear statues once they appeared but somehow we never managed to make the trip into London to see them until the very last day that they were there.

Knowing that it would be impossible to find all 50 in the time we had, we opted to find the eight bears around the Paddington station area as this was the shortest of the suggested trails. We caught the tube to Warwick Avenue station and headed towards Little Venice. It was a beautiful sunny, albeit very cold, day and Jessica enjoyed seeing the narrowboats moored along the canal as we walked along on our bear hunt. Sophie had fallen asleep on the train and was having a lovely snooze in the buggy. 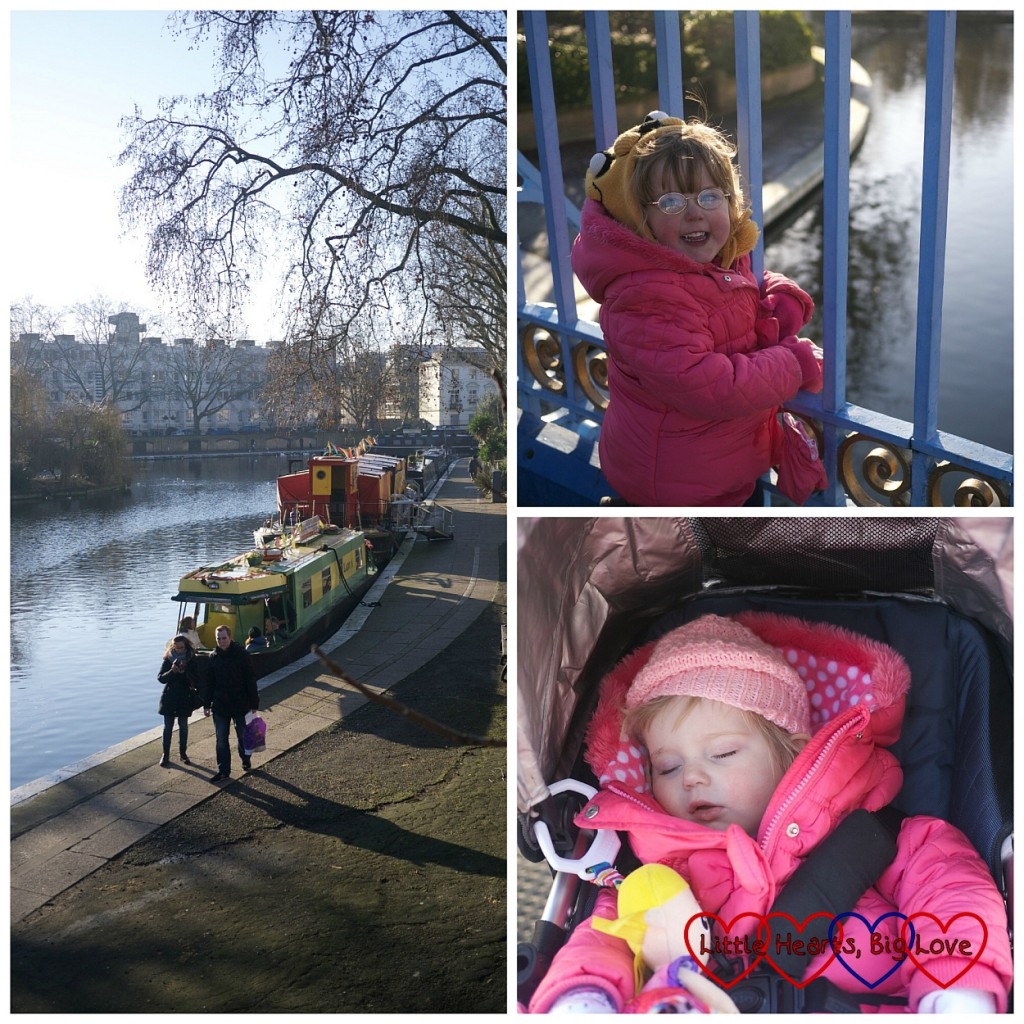 Our first bear – Love Paddington x – was located in Rembrandt Gardens, at the junction of the Grand Union and Regents canals. We found five more bears as we walked along the canal to the Paddington Basin – Texting Paddington, The Mayor of Paddington, Brick Bear, Bearing Up and Futuristic Robot Bear. 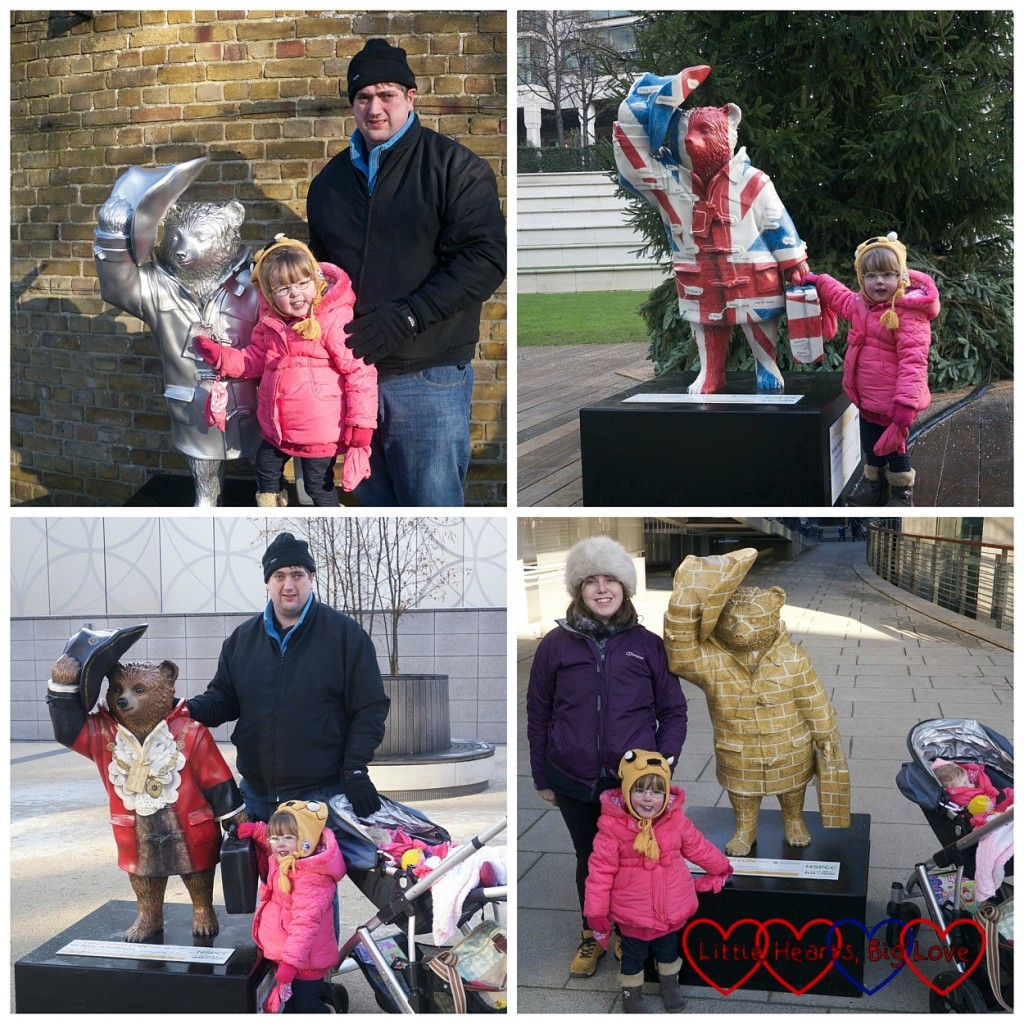 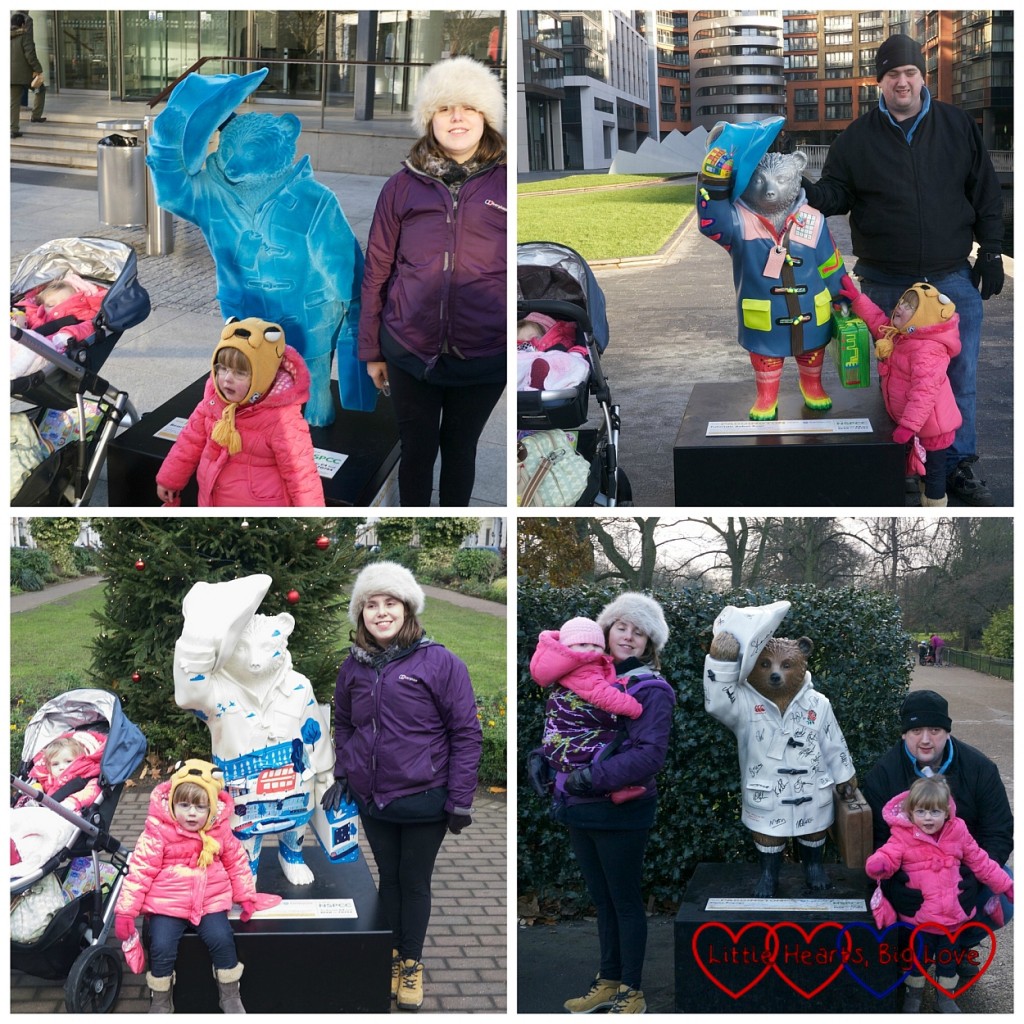 Next stop was Paddington station to see the statue of the original Paddington Bear before heading to Norfolk Square to find the final bear on this part of the trail – Paddingtonscape. 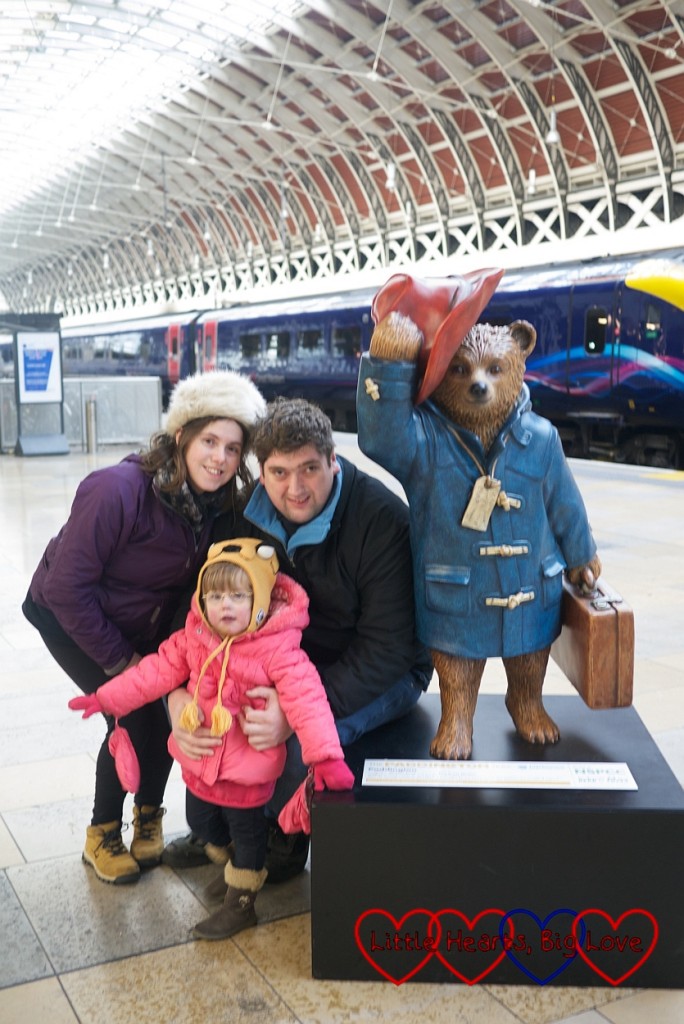 Sophie woke up at this point so we stopped to have some lunch before deciding to continue the trail and head towards the West End and see how many more bears we could find. Jessica was getting tired and wanted to ride in the buggy so my new Tula toddler carrier was put to good use carrying Sophie as we headed down to Kensington Gardens where we found the Paws Engage bear. We then took the tube to Bond Street where we found the Sparkles bear followed by Bear Humbug a little further down Oxford Street. 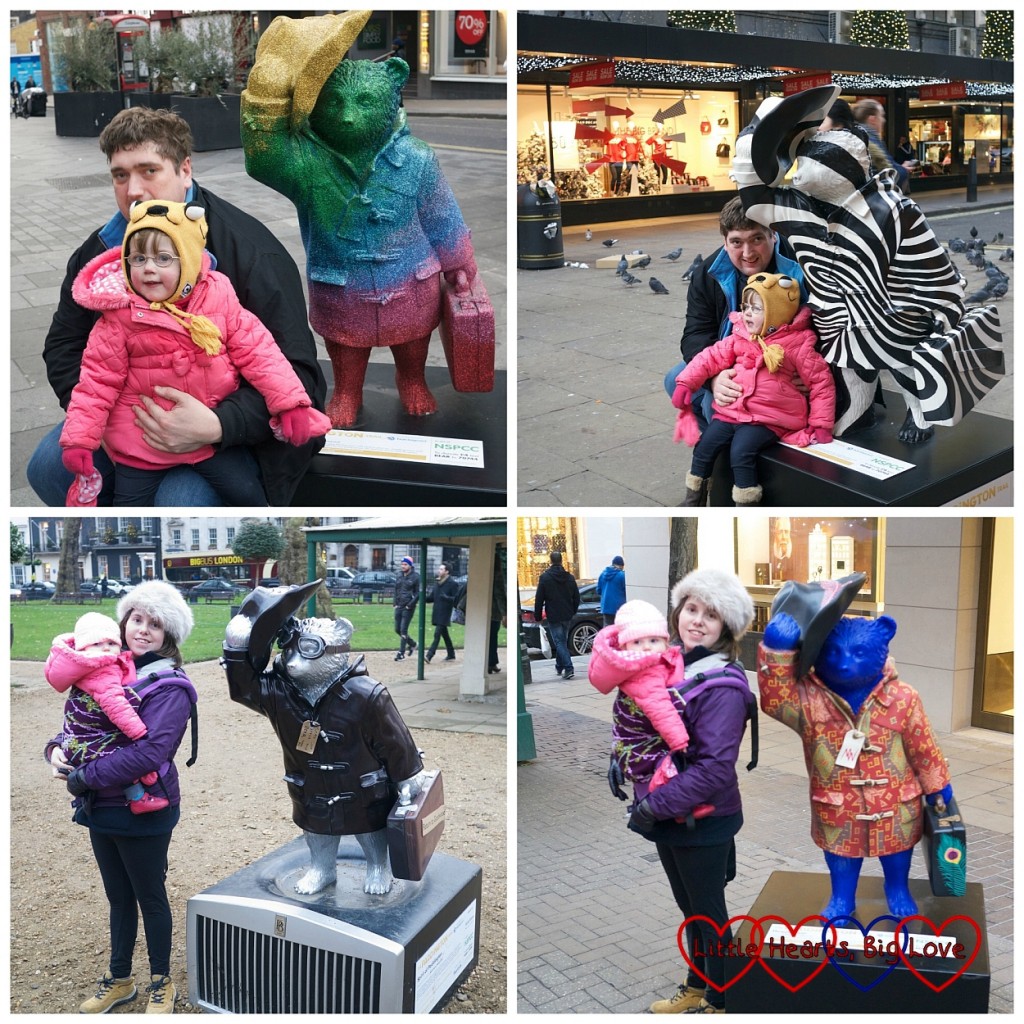 Next stop was Berkeley Square Gardens where we found The Spirit of Paddington followed by Thread Bear along New Bond Street which looked very pretty with its Christmas lights.

It was starting to get dark by this point as we headed to Piccadilly Circus in the hopes of finding Paddington the Explorer only to find that this statue had been taken away half an hour earlier (although we did manage to find one of the bus sculptures there instead!). We suspected that the other nearby statues would also be disappearing and so decided to end our bear hunt having managed to find 13 bears in total. We finished off our day with a walk down to Trafalgar Square to see the Christmas tree before heading home with two tired but happy girls who had enjoyed their day out in the open air. 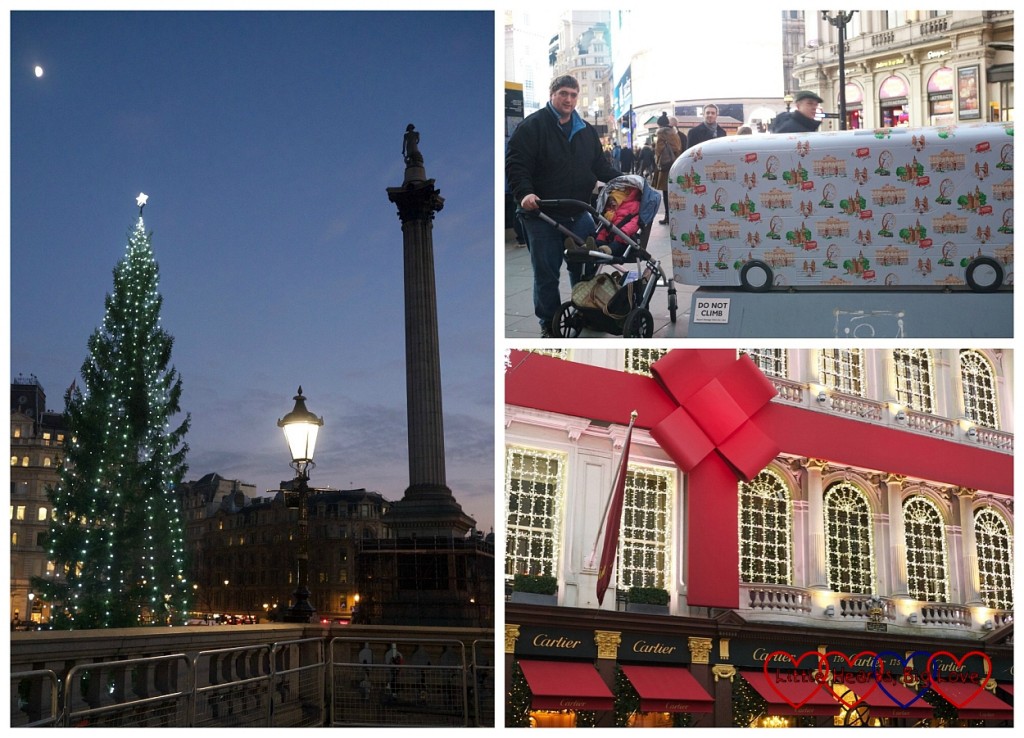