With sunshine being forecast for day five of our Isle of Wight holiday, we’d planned a day at Blackgang Chine. Hubby and I had both been before but not for many years and were looking forward to taking Jessica and Sophie there for the first time. Blackgang Chine is the oldest amusement park in the UK. It first opened in 1843 and so this year celebrates its 175th birthday. 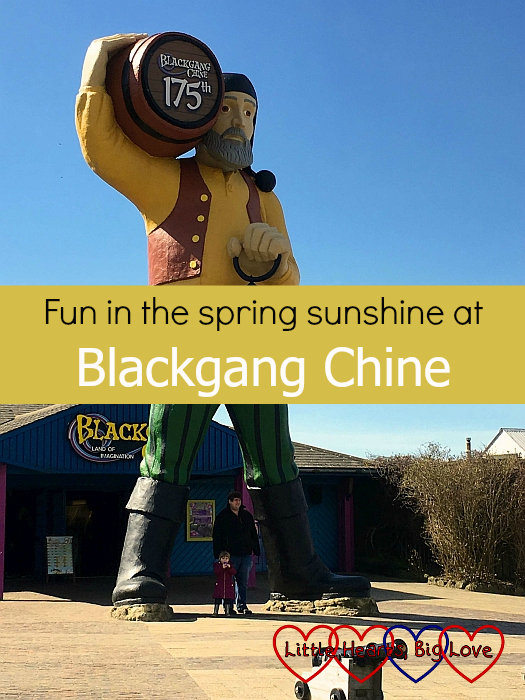 There were a few events taking place due to the Easter holidays; one of which was the Easter Eggsplorers trail. This involved looking out for eggs around the park and using the symbols on the eggs to crack a code. The eggs were quite difficult to spot in places though and so the girls soon gave up looking for them. 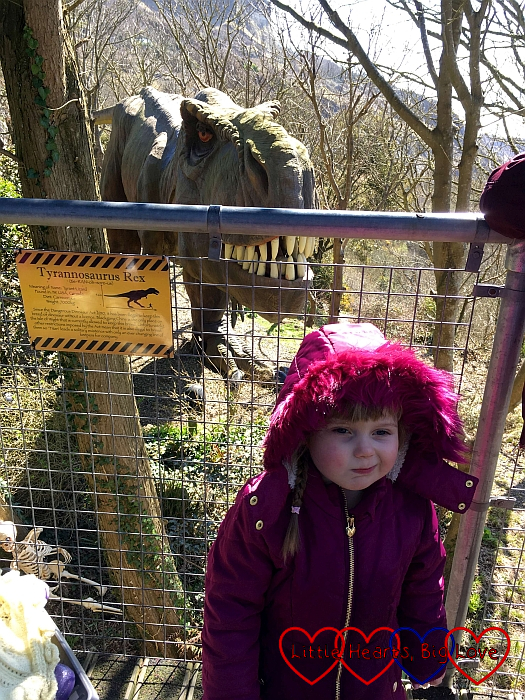 We started off by visiting the dinosaurs in Restricted Area 5. The paths around this area were very steep in places. There are signs throughout warning that the steep gradient may be unsuitable for wheelchairs and these areas are also marked on the park map. We did manage to get around them with Jessica’s buggy although it was certainly hard work in places. Thankfully hubby was pushing the buggy most of the time! The girls loved seeing the life-sized moving dinosaurs in this area. Towards the end, there were a couple of dinosaurs which they could climb on which Sophie enjoyed. 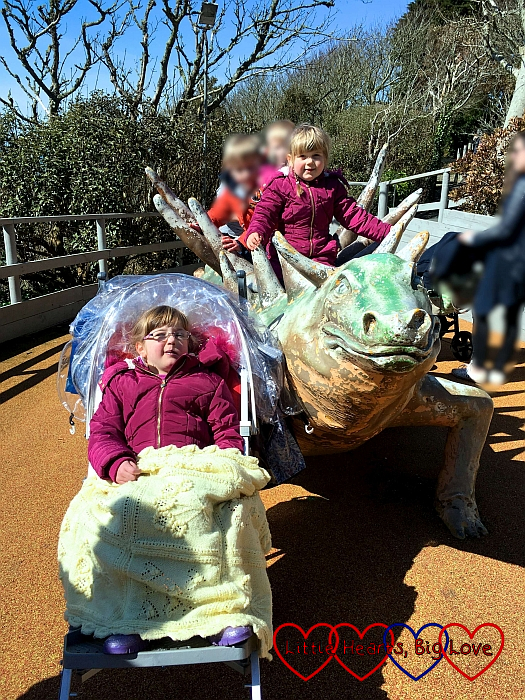 The path from Restricted Area 5 led us past the Giant Bug Walk, where Jessica and Sophie stopped to sit and chat with a couple of giant garden gnomes. 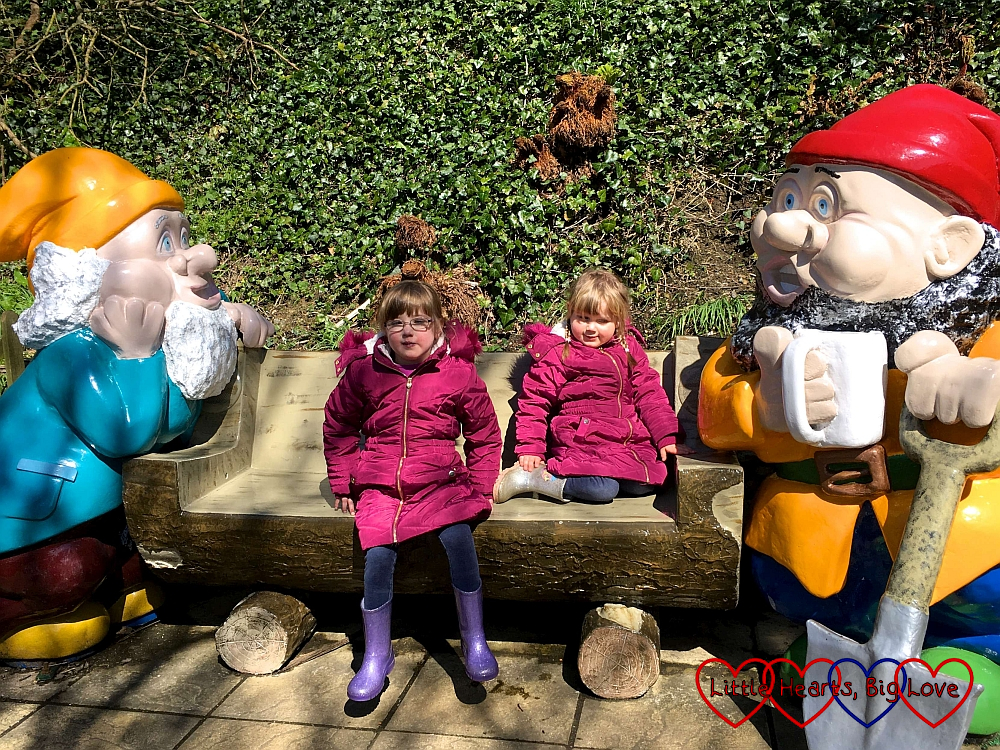 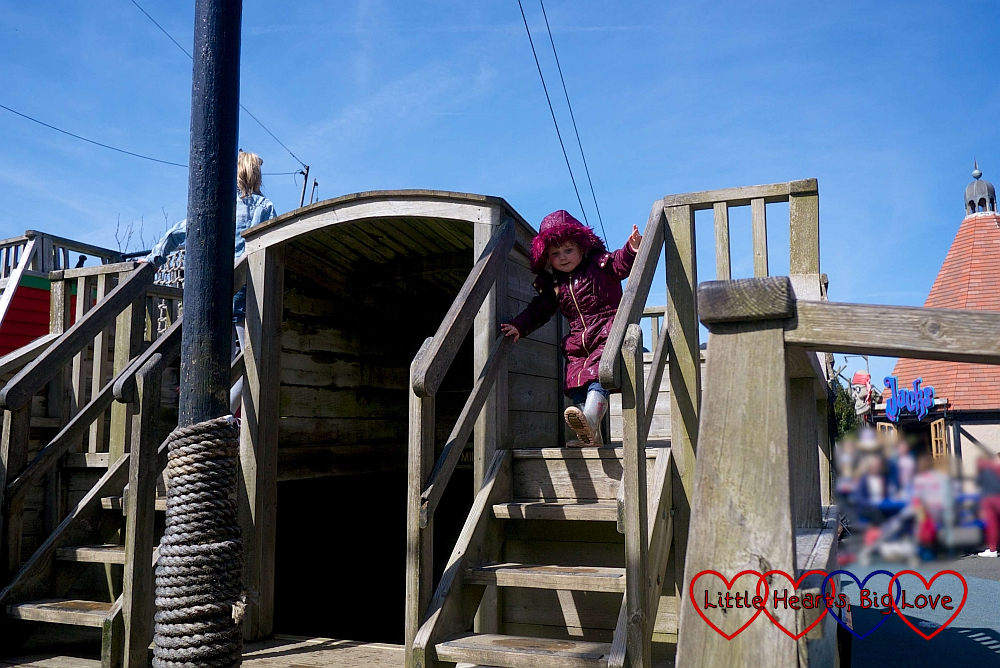 The Vortex was Jessica’s favourite part of Pirate Cove. This takes you through the middle of a rotating cylinder and makes you feel like the ground is rotating from underneath you. I have to admit I tend to go through with my eyes shut as I don’t like the sensation but Jessica loved it. The path through the cylinder was easily accessible with Jessica’s buggy too. She enjoyed it so much, she kept wanting to go through it again and again. 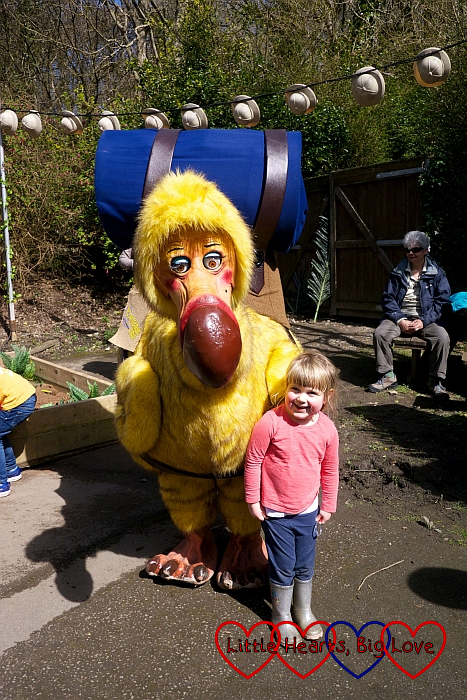 Near the Underwater Kingdom, we got to meet one of Blackgang Chine’s resident Dodo Explorers. Sophie also enjoyed meeting some of the other explorers and getting to dig for creatures in the sandpit. She found a tiny snake which she was able to take away with her. She also found another one for Jessica, but her sister wasn’t quite so keen on keeping it. 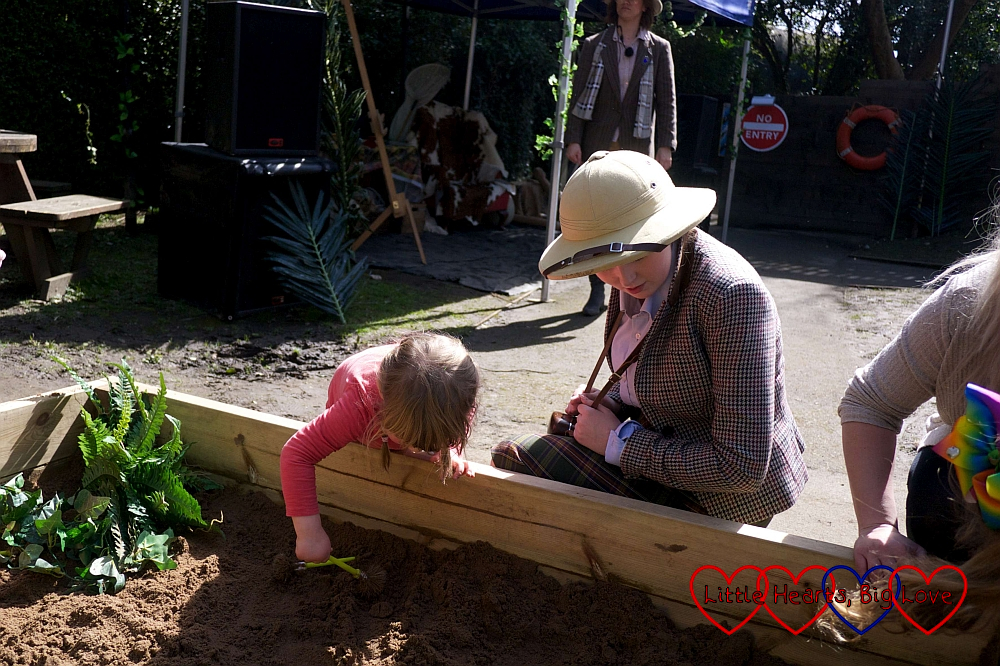 We managed to persuade Jessica to walk for a while at the Underwater Kingdom as the paths weren’t too steep here. I loved the different animatronic sea creatures in this area – particularly the crab – and the giant blue whale. 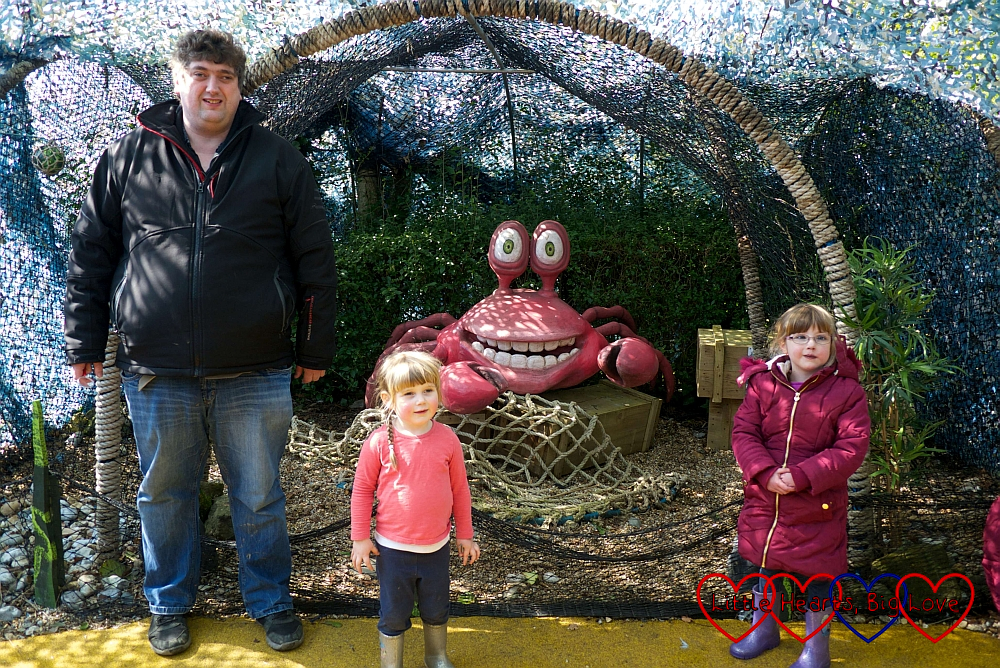 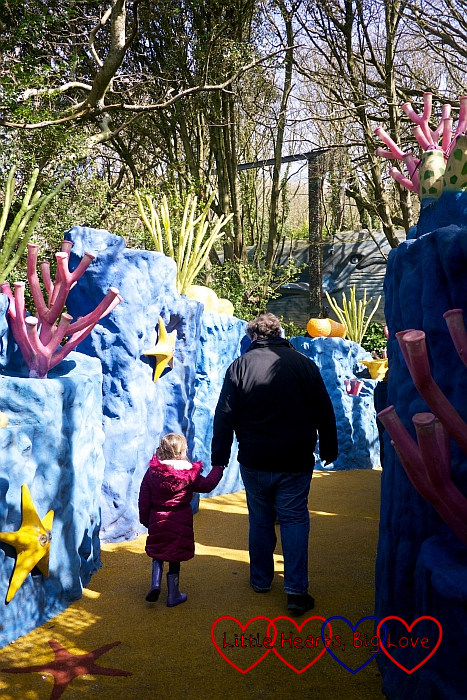 By the time we reached the Mouth of Hell though, Jessica had had enough of walking. She was quite happy to sit in her buggy and watch Sophie as she climbed inside it though. Sophie had lots of fun exploring inside and looking out from the eyes and nostrils. 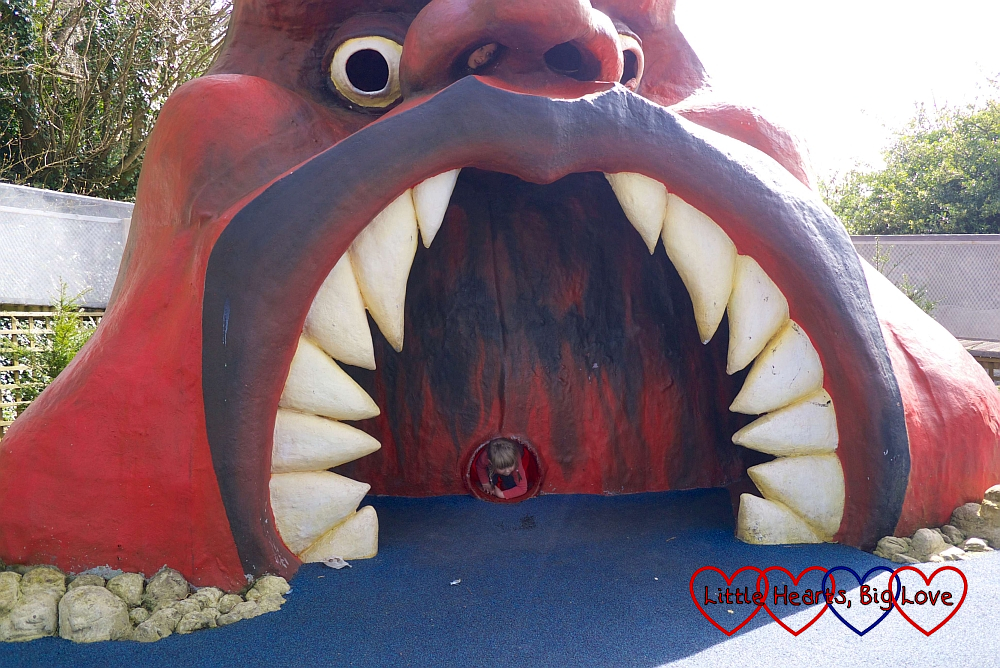 Cowboy Town was next. This was our least favourite part of the park. It was very busy and full of children running around firing noisy cap guns at each other which really wasn’t our idea of fun. We were quite relieved that neither of the girls were keen to stay in this area very long although Sophie enjoyed climbing up into the stagecoach and sitting watching for a while. 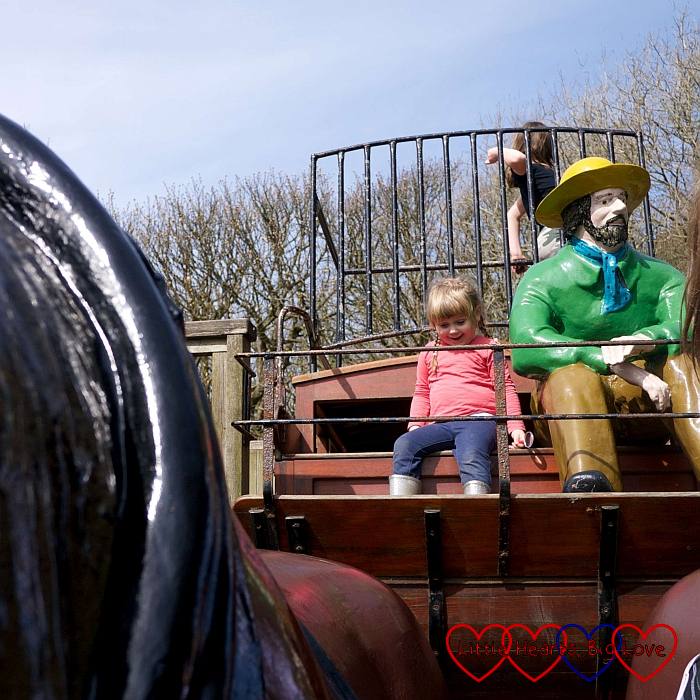 We bypassed the giant Snakes and Ladders area as Sophie was too small for this and headed for Fairyland instead. Sophie had a wonderful time exploring all the fairy houses here and visiting the fairy castle. 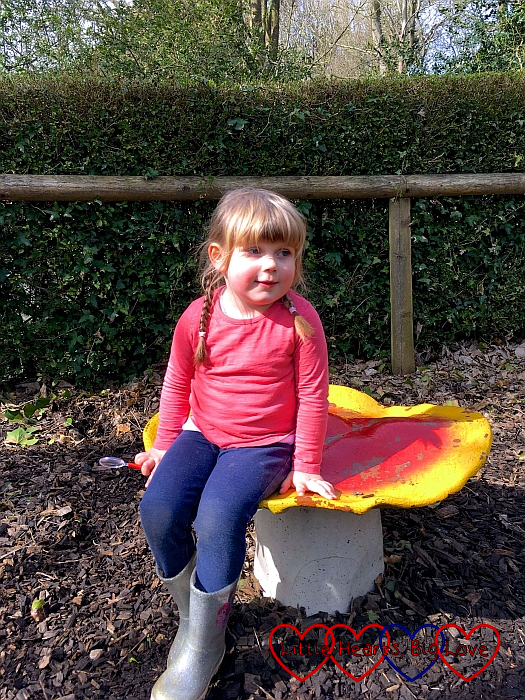 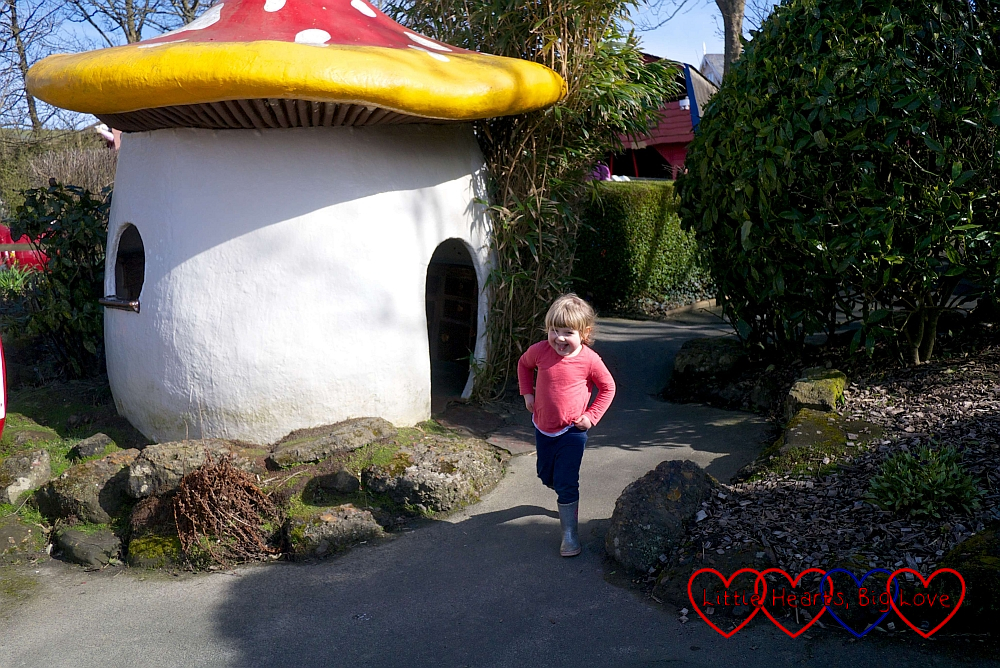 Back at Pirate Cove, we stopped for the obligatory ice cream before heading across to the other side of the park to see the attractions there. 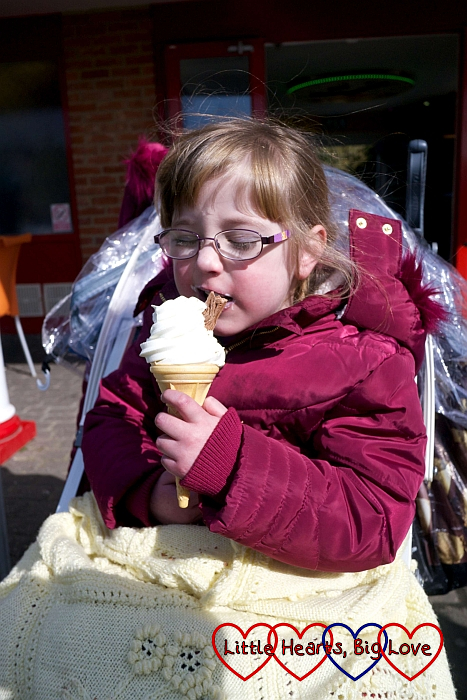 The girls enjoyed going on the Pirate Barrels ride and visiting Nurseryland. This was one of the areas that I remembered most from my last visit. Hubby and Sophie explored the House that Jack Built while Jessica and I sat in the sunshine and looked around at all the other nursery rhymes that were brought to life in this area. 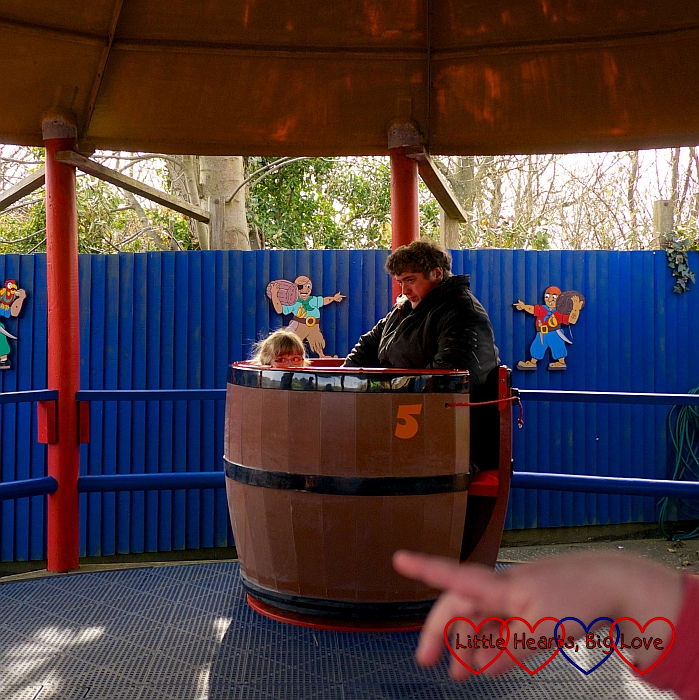 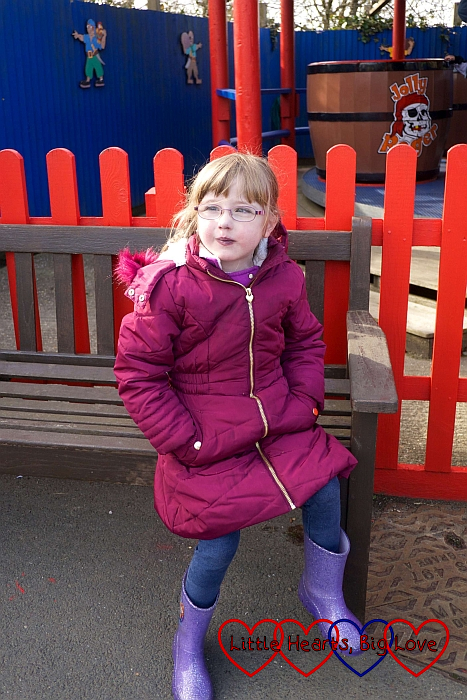 We finished off the day with a trip to the Hall of Mirrors which Jessica loved. She thought it was so funny to see how the mirrors stretched and shrunk us. By the time we finished there, the park was starting to close and it was time to go. It was such a lovely family day out especially with the spring sunshine. Jessica had been so tired of the long winter and had longed for the arrival of spring. I am so glad that she got to enjoy one day of it at least. 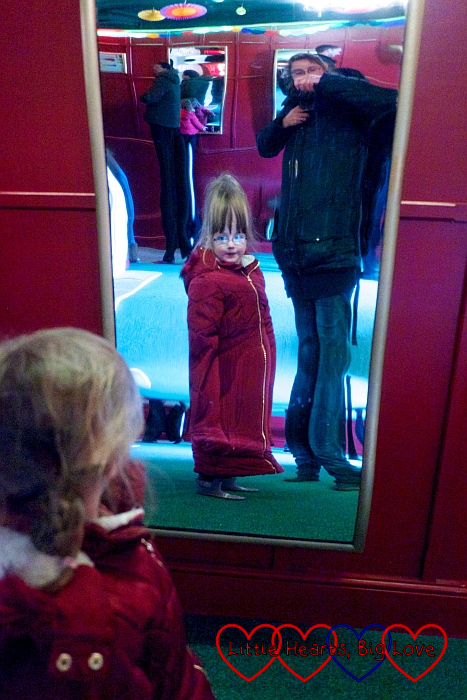 7 thoughts on “Fun in the spring sunshine at Blackgang Chine”