This week’s word of the week has to be:

My big girl started preschool for the first time this week which was a very emotional moment for me – having been at home with me all the time to now being at preschool two mornings a week. She was so excited as she stood at the gate waiting to go in, saying hello and waving at the other children like she’d known them for ages and barely waited for me to take her coat and boots off and give her a kiss before she was off playing with the toys. I missed her but it was lovely for Sophie to have one-to-one time with me and Jessica seemed very happy when I went to pick her up at lunchtime. I was a little disappointed not to be told anything about how her morning had gone, especially as Jessica was the only new starter that day as far as I was aware. I called the preschool later that day to find out more about how Jessica had coped, it turned out that Jessica’s key worker had been absent due to a family emergency and the remaining staff members had all thought someone else had updated me on her first day when no-one had! I was glad to hear that Jessica had enjoyed her morning, playing with Minnie Mouse and Daisy Duck dress-up figures and had been very chatty and friendly, only asking for me once when she was having her nappy changed and wanted to cuddle Mummy. 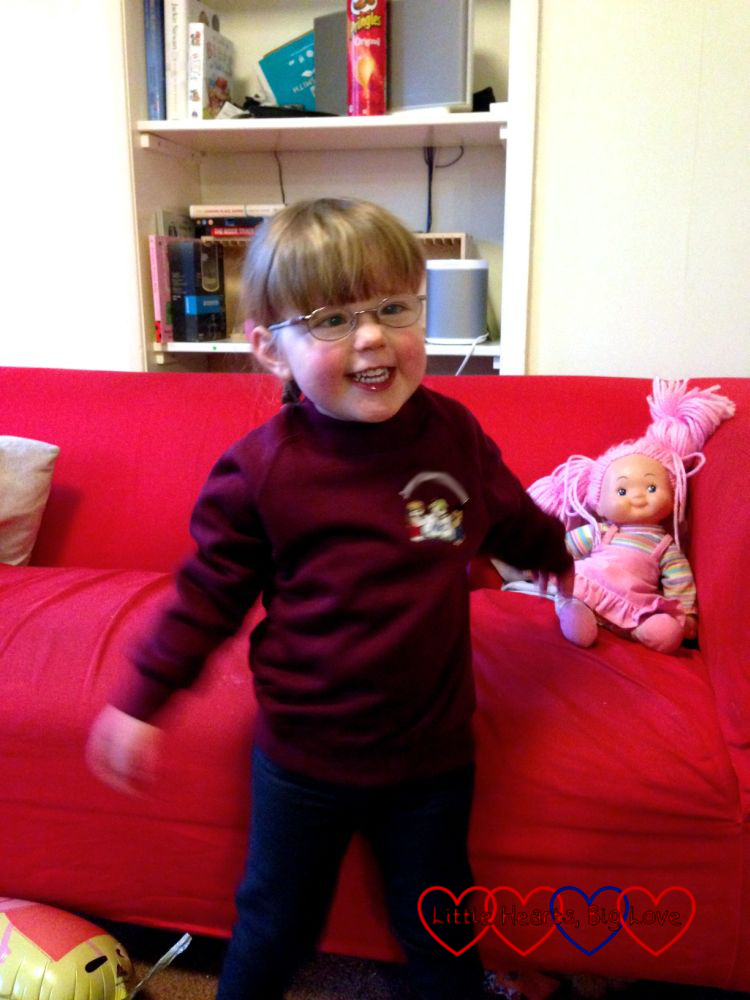 We also had a significant milestone for Sophie this week when she managed to sleep through the night for the first time in what feels like a very long time. I’d got into a bad habit over recent weeks of breastfeeding her every time she woke up in order to get her back to sleep and it got to the stage that she was feeding every 2.5 hours overnight. I decided that there would be no feeds between 1am and 6am which meant a couple of very disturbed nights trying to settle Sophie back to sleep without resorting to feeding but since then she’s been much more settled and is eating much better in the day too.

We went to Denham Country Park at the beginning of the week and had a walk down to the lock and along the canal. We also started back at Tinytalk toddler signing classes which Jessica and Sophie both enjoy. Jessica in particular is really interacting more with the other children there now and it was lovely to see her go straight up to one of her friends there and give her a big cuddle. 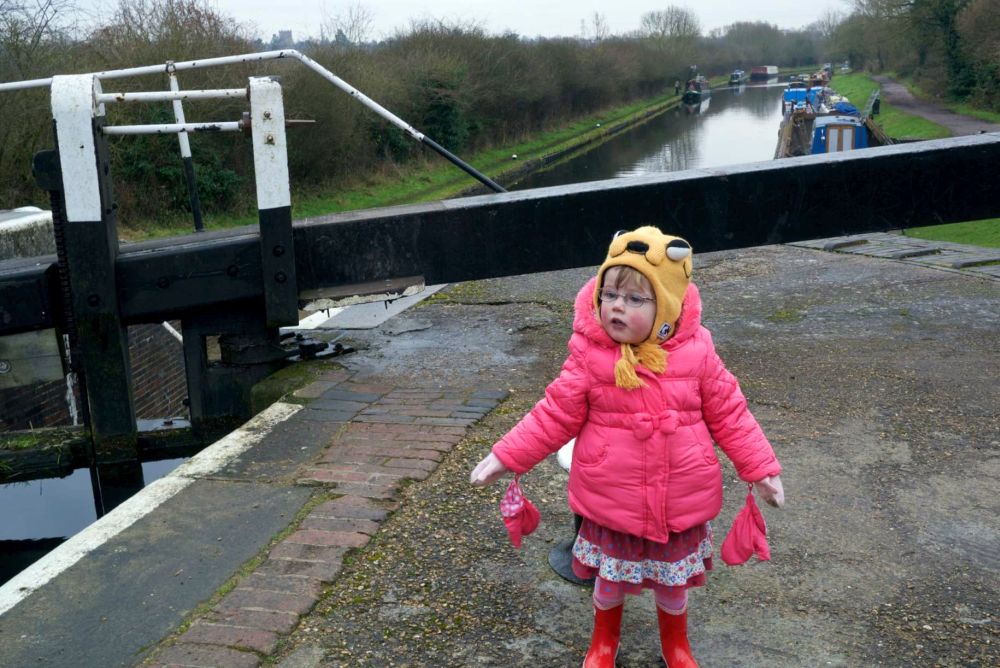 Fun at home:
We’ve been having lots of fun putting all the different farm and house playsets together and making a village of toys and have also been getting the dress-up dolls out which both Jessica and Sophie love playing with. Jessica also had fun doing some messy play and making a snowman out of soap. 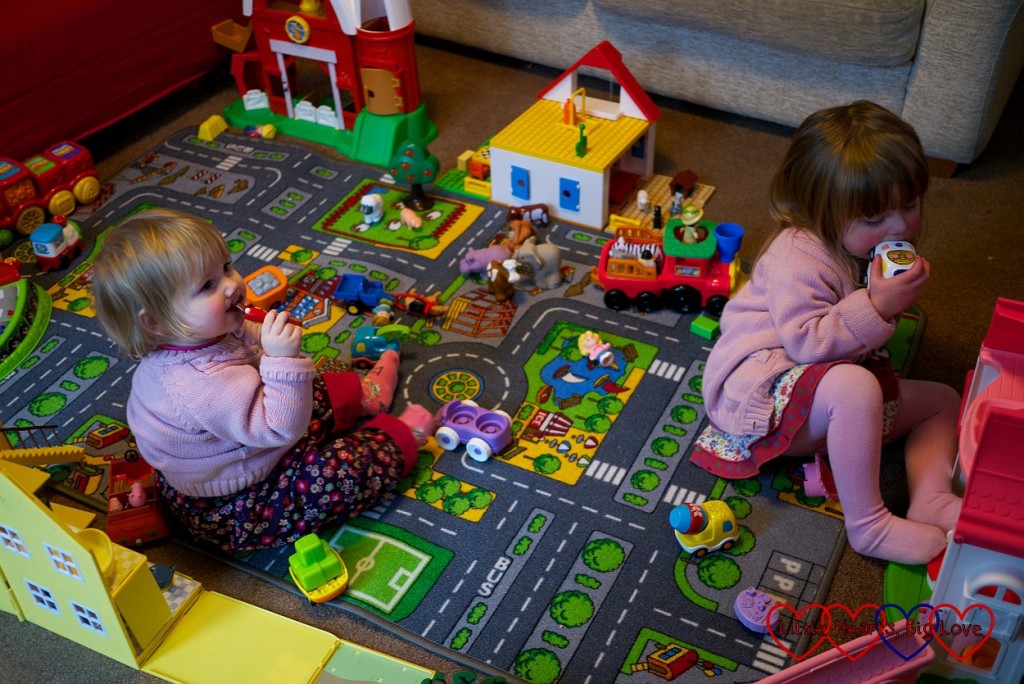 Time for me:
I had a very productive afternoon and evening on Sunday whilst hubby spent time with the girls, sorting out the clothes in their wardrobe, finding homes for the new toys, bagging up outgrown clothes and baby things to go up in the loft along with the Christmas tree and decorations and getting the next size clothes for Sophie down from the loft.

My ‘From the mouths of babes’ linky started on Monday – if you have any posts about the funny, embarrassing or adorable things your children have said, please join in!

My Paddington Bear trail post was shared on the Mini Travellers blog.

There was a lovely post about the playdate with Dr Miriam Stoppard and Galt Toys that I attended last month over on the Galt Toys blog, including the following video clip to show what we got up to:

My happiest moment:
Sitting on the floor with Sophie running up every 10 seconds or so to give me big sloppy kisses and to say ‘love-oo’- she kept this going for several minutes and it was adorable

Finish writing the thank you cards for the Christmas presents.