I have been a breastfeeding mama for just over two years in total. In that time I have done a lot of expressing. From the days after Jessica’s birth when she was a tiny baby recovering from heart surgery in the paediatric intensive care unit, to twelve long weeks of expressing to keep up my supply when she couldn’t have my milk due to a chylothorax. Since Sophie’s arrival, I’ve regularly expressed small amounts to build up a freezer supply of breastmilk. 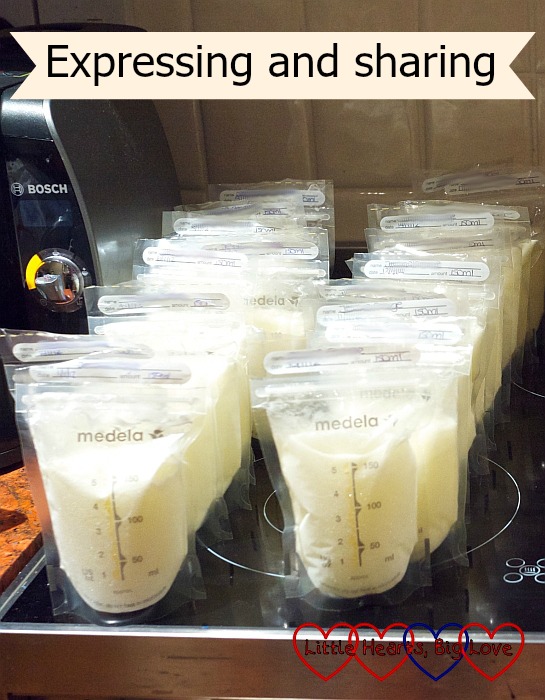 When we were in PICU, I used a Medela Symphony pump. This was great as I could express off both sides simultaneously and it was very comfortable and quick. The cardiac ward had an Ameda breast pump. I wasn’t quite so keen on this though as I didn’t find it as easy to use. Knowing that I would probably continue to express regularly, I bought myself a Medela Swing pump. I have used this ever since and love it. It is so easy to use. 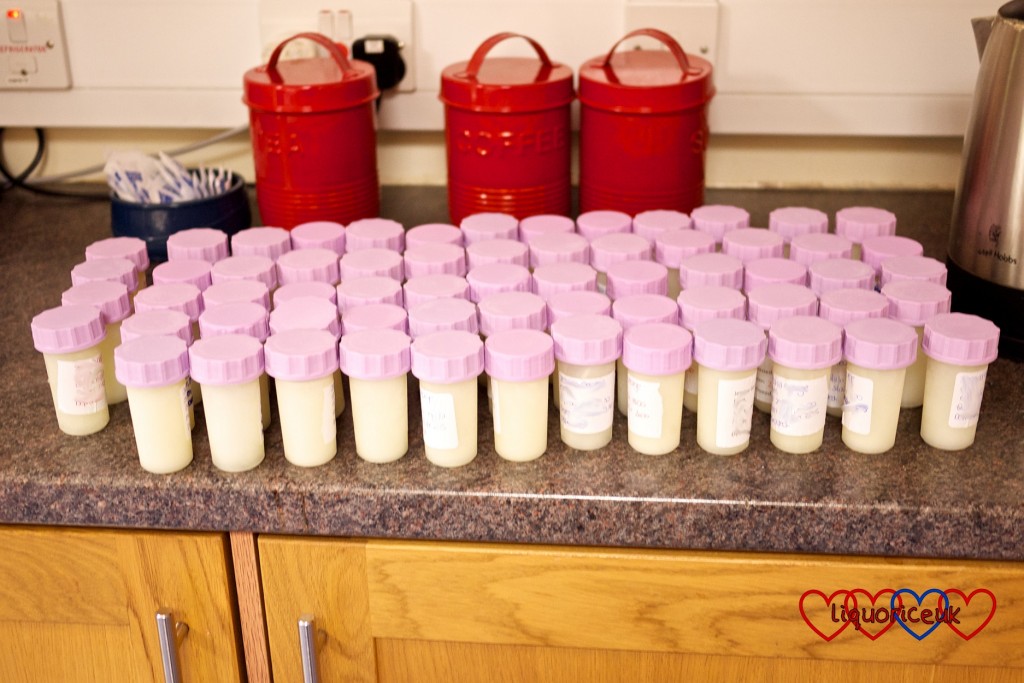 There were two blocks of six weeks where Jessica couldn’t take my milk. I built up quite a huge supply of expressed breastmilk in that time. It was more than I was really able to store, particularly when we were still on the ward. I ended up donating most of it to the milk bank.  Jessica had received a small amount of donor milk in the early days before my milk came in fully. It was good to be able to give back. I needed to have a blood test done before I could donate my milk. The lady from the milk bank then came and picked up my milk from the cardiac ward to take to the neonatal unit. Hopefully it helped some tiny babies to grow and thrive.

When Sophie was born, I started expressing again so that I could give her a bottle of expressed milk. This would hopefully make things easier if Jessica had to go into hospital and I couldn’t stay with her overnight with Sophie. Sophie, however, had other ideas and much prefers to have her milk directly from mummy. Once again, I ended up building up quite a freezer stash.

I considered donating to the milk bank once again. However as we don’t live especially near to a hospital with a milk bank, it was not going to be quite so easy. I had come across a group on Facebook – Human Milk 4 Human Babies – which facilitates breast milk donation between individuals. This time, my surplus milk went to help two babies to grow and thrive. 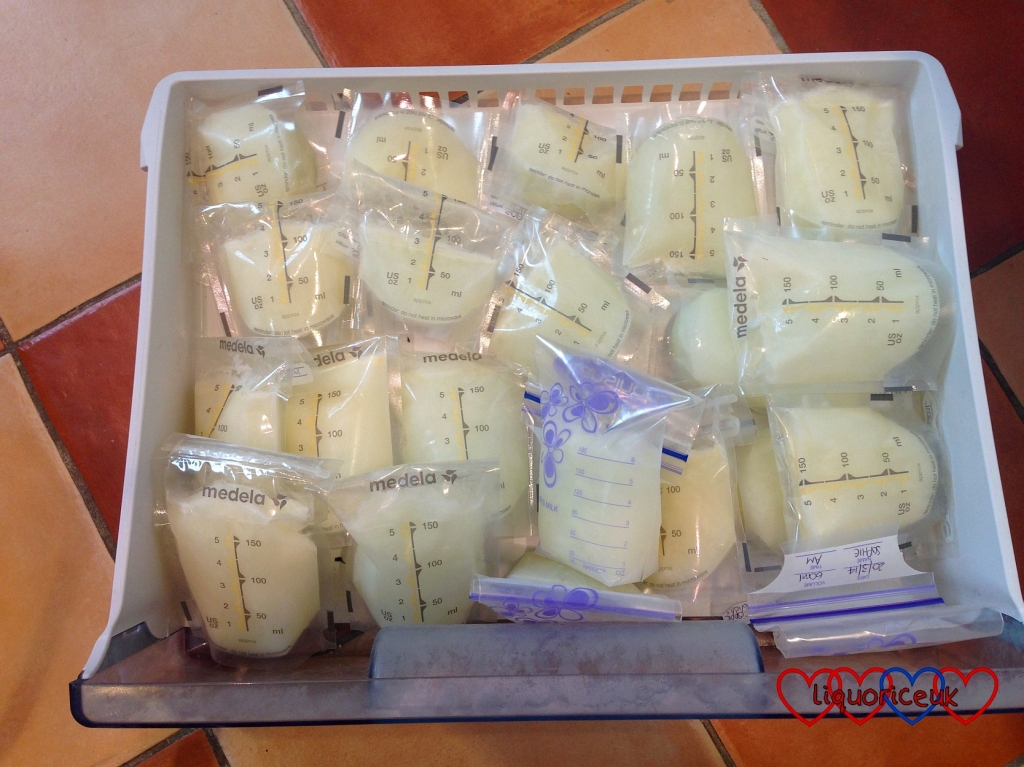 These days I manage to use what little I still express in adding it to Sophie’s food and cereals. I’m glad I was able to use my excess milk to help other babies rather than having to waste it though.

6 thoughts on “Expressing and sharing”