I can never resist the opportunity to visit a castle so when we visited some friends in Donnington back in September, and they suggested a walk around the castle, I couldn’t say no.  Donnington Castle is a ruined medieval castle with just the gatehouse still standing and some reconstructed walls showing the layout of the castle. 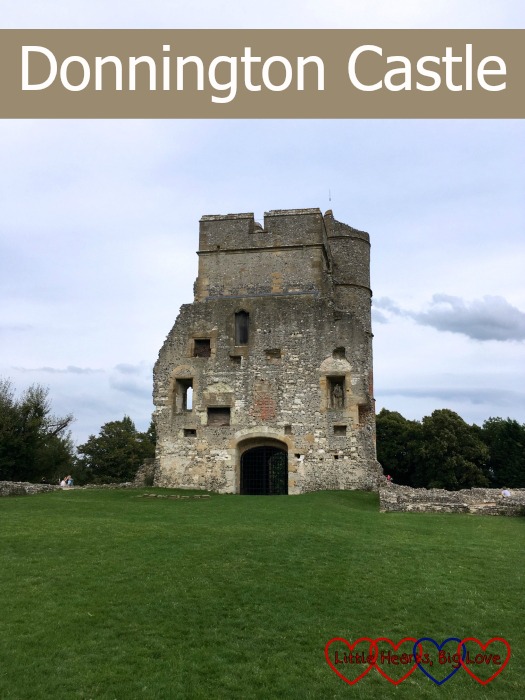 It was originally founded in 1386 by Sir Richard Abberbury the Elder, chamberlain to Anne of Bohemia (the queen to Richard II).  Later it was bought by Sir Thomas Chaucer (son of Geoffrey Chaucer).  It was taken under Royal control in the Tudor period, held by Royalists under siege for 18 months in the English Civil War before finally being demolished by Parliament in 1646. 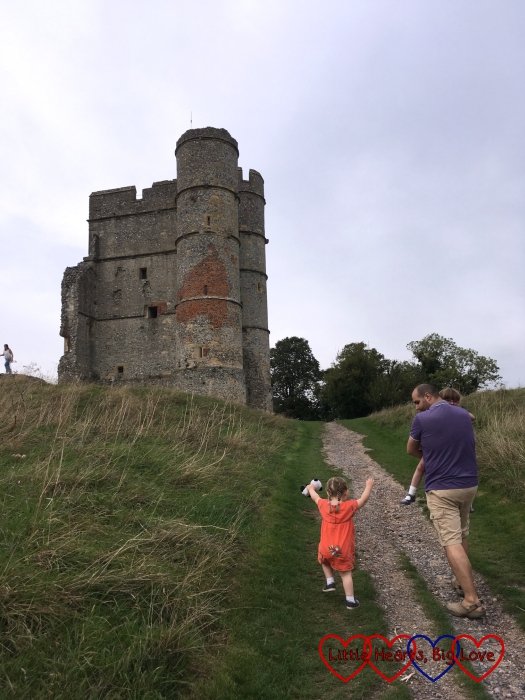 Nowadays, the castle is a scheduled ancient monument under the care of English Heritage. It is free to visit the castle which is open during daylight hours and there is a small car park at the bottom of the hill leading up to the gatehouse. 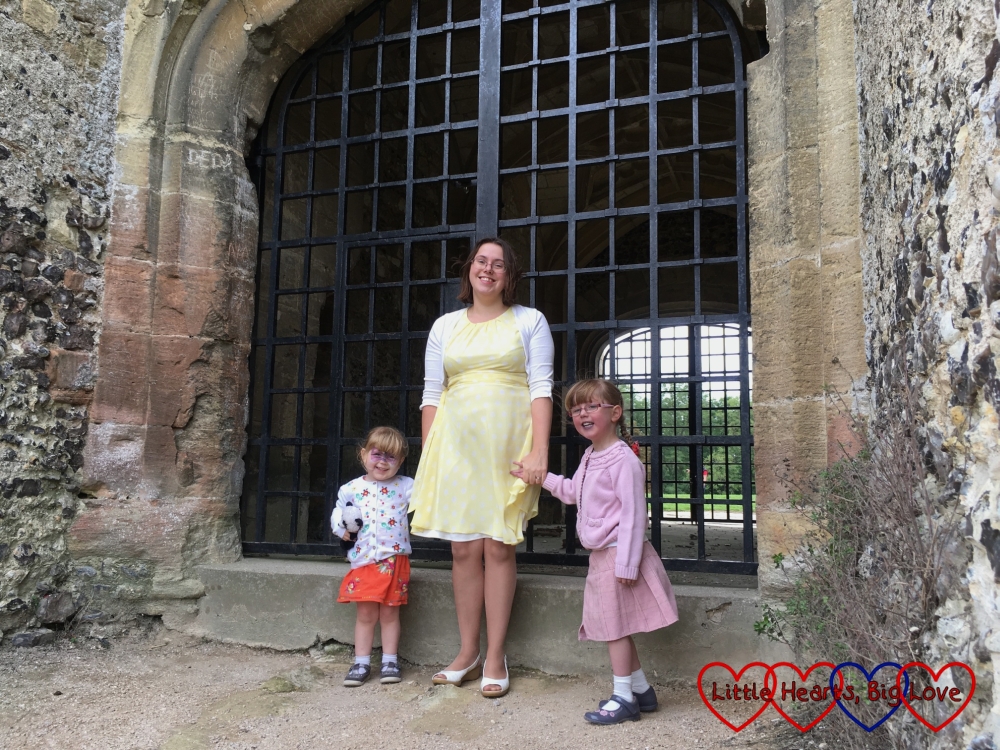 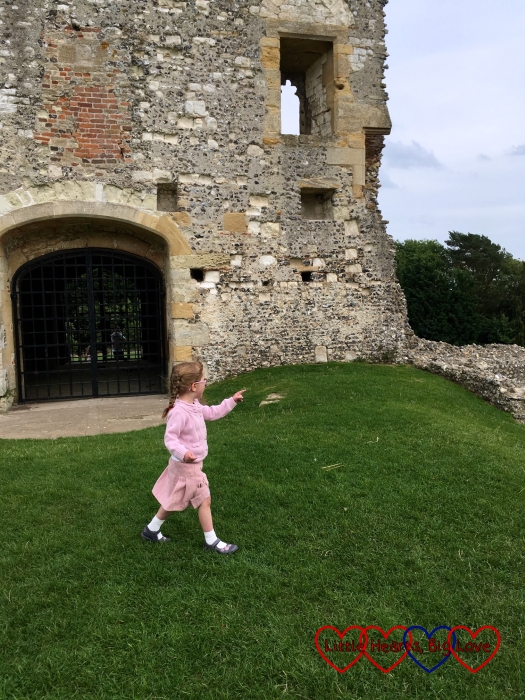 Jessica decided the gatehouse was like Rapunzel’s tower – especially as the door was locked and we couldn’t go inside.  There wasn’t a lot to explore in amongst the ruins of the castle walls, but the girls enjoyed climbing on the walls and finding little tunnels to crawl through (until Sophie bumped her head going through one anyway!) 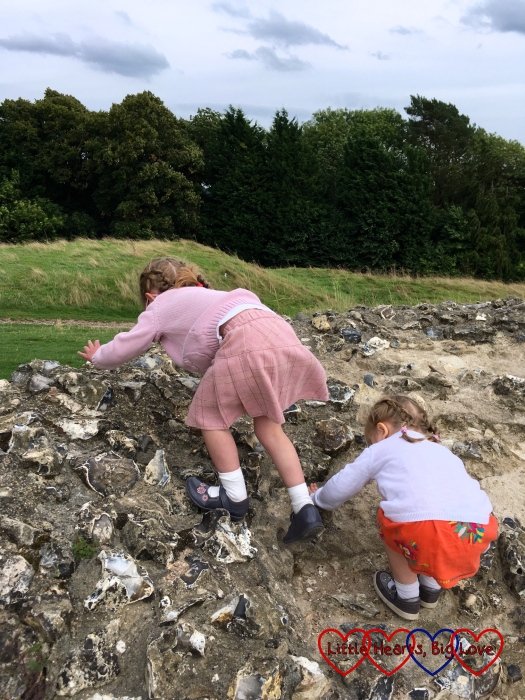 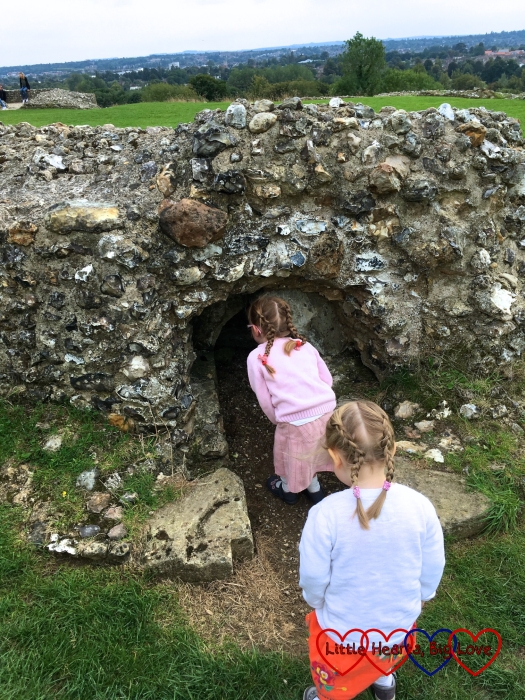 Afterwards we went to the playground near our friends’ house. I wasn’t sure who was having more fun there, my friend Neil or the girls.  I was quite happy to watch and take photos while Neil spun the girls round on the roundabout or climbed up the climbing frame with them.  The girls loved it – Sophie was constantly calling out “Wheel! Wheel! Come here, Wheel!” The only time that they wanted Mummy though was when they were on the swings wanting to be pushed “high up in the sky, Mummy!” I tried my best, but these days I can never push the swings quite high enough for my girls’ liking! 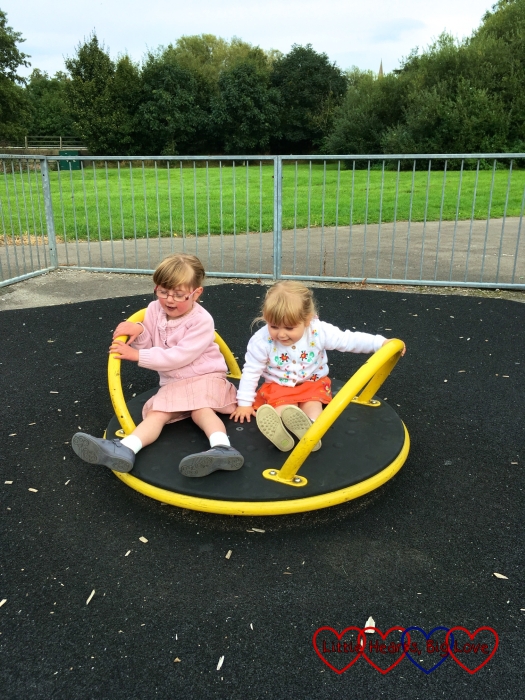 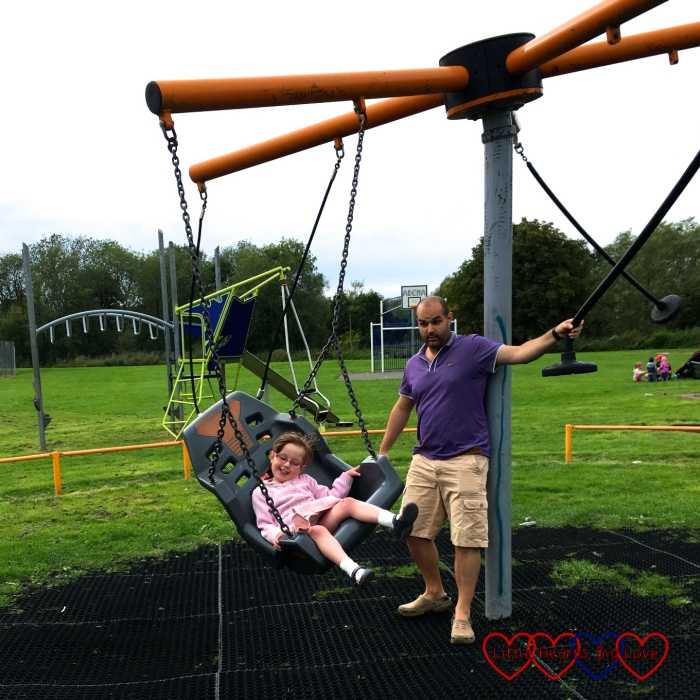 With hubby being away, spending the afternoon with friends was just what I needed. Most of the time with hubby away, it is just the three of us going out and about.  As much as I love getting outdoors with my girls, there are times when I’d love some adult company.  This time though, I got to have some adult conversation and the girls got attention from three adults who were all quite happy to play with them too – plus we got to visit a castle – what better way to spend a Saturday afternoon? 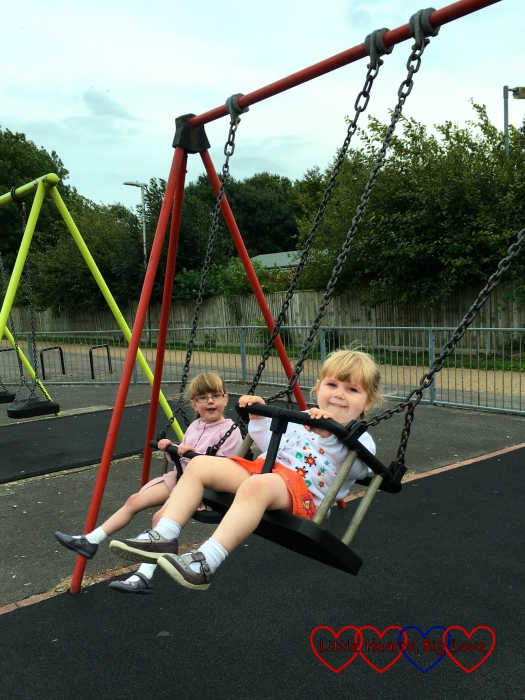