We always spend a few days visiting my family between Christmas and New Year. This year we’d managed to catch up with everyone on Boxing Day, thanks to my sister hosting a party. Having caught up with everyone early meant that we woke up with itchy feet the day after Boxing Day, and a need to get outside in the fresh air. Having discovered that Uppark House, a 17th century house and gardens, was just a few miles away, we decided to take my mum and have a day out. 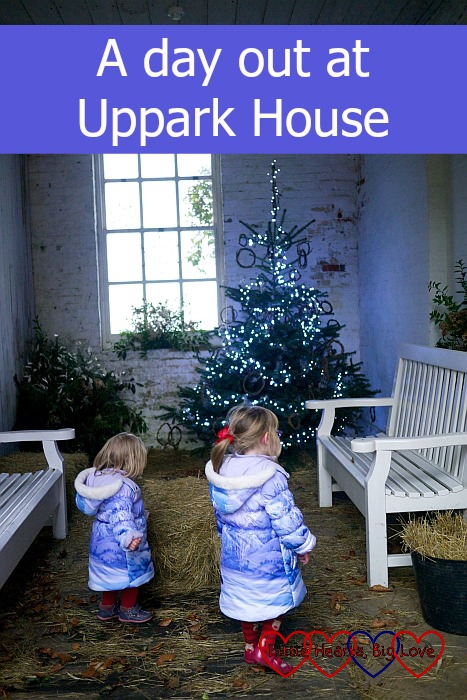 The house itself was closed, but we were able to go through the tunnels and see the Victorian servants’ area, which was decorated for Christmas. We weren’t able to take any photos inside, but found it interesting to look around the areas where the servants would have lived and worked. The housekeeper’s room looked particularly cosy and inviting! I also found the butler’s pantry very interesting with its trestle bed which one of the footmen would have slept on in order to guard the family silver. 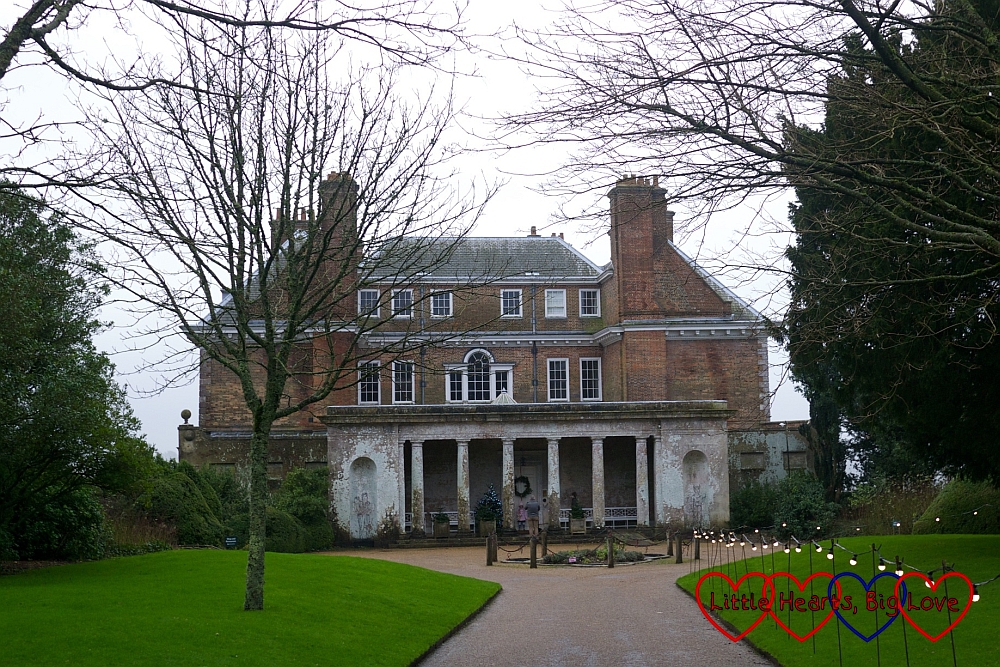 We also saw the beautiful dolls house at Uppark which dates from around 1735-1740. As it was Christmas, there were a few red reindeer placed around the doll’s house to spot. Jessica and Sophie were more interested in the jigsaw laid out on the floor than in trying to spot the reindeer though! 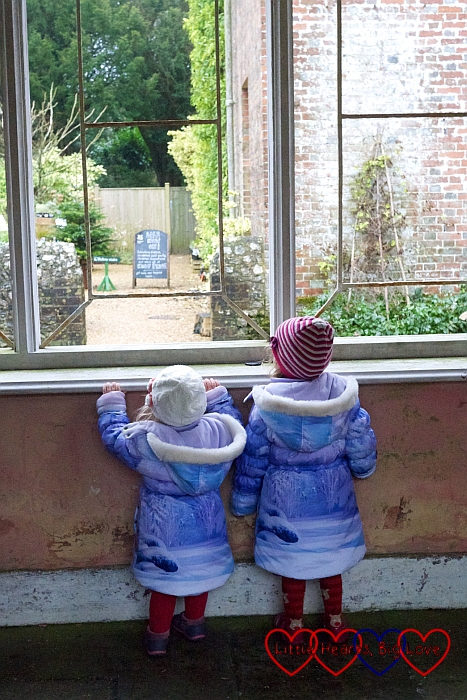 Outside, the girls enjoyed exploring the stables which were also decorated for Christmas. Father Christmas had visited in the run-up to Christmas but had, of course, returned to the North Pole by the time we visited, although his empty chair was still there. 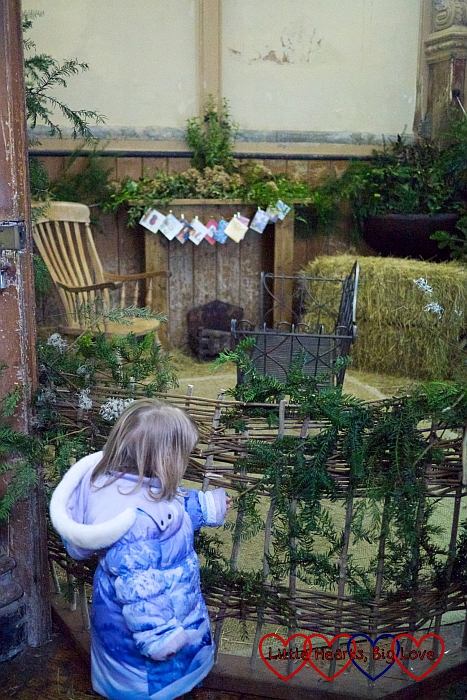 I kicked myself for not having packed wellies as it was quite muddy underfoot, after all the damp and drizzle over Christmas. Thankfully the girls were happy to run around the grassy areas (much less muddy!) and weren’t too bothered that their explorations were somewhat curtailed by the lack of suitable footwear! They had a lot of fun running around with Daddy and picking up sticks, whilst my mum and I enjoyed a slightly more sedate walk! 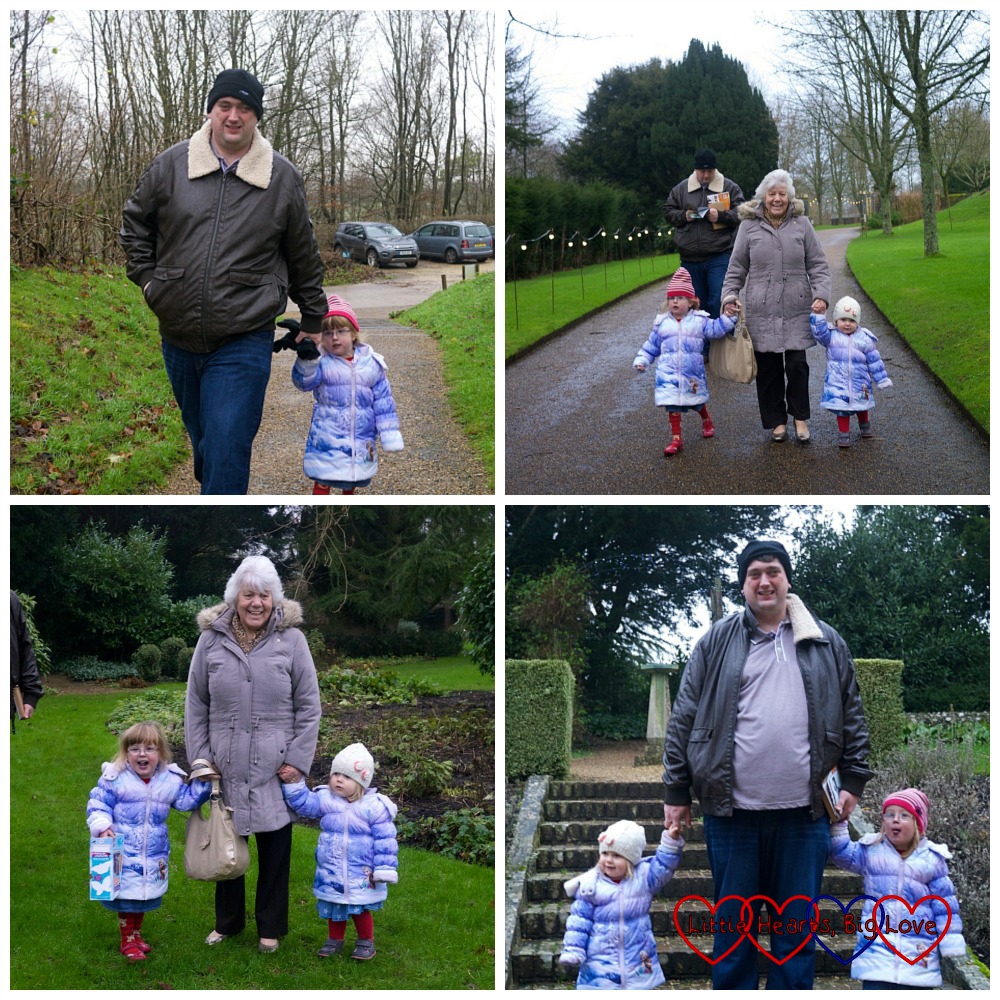 There were a few moments when I wondered if hubby might be having more fun than the children – especially when the three of them were running up and down the urn mound and spinning around at the top! 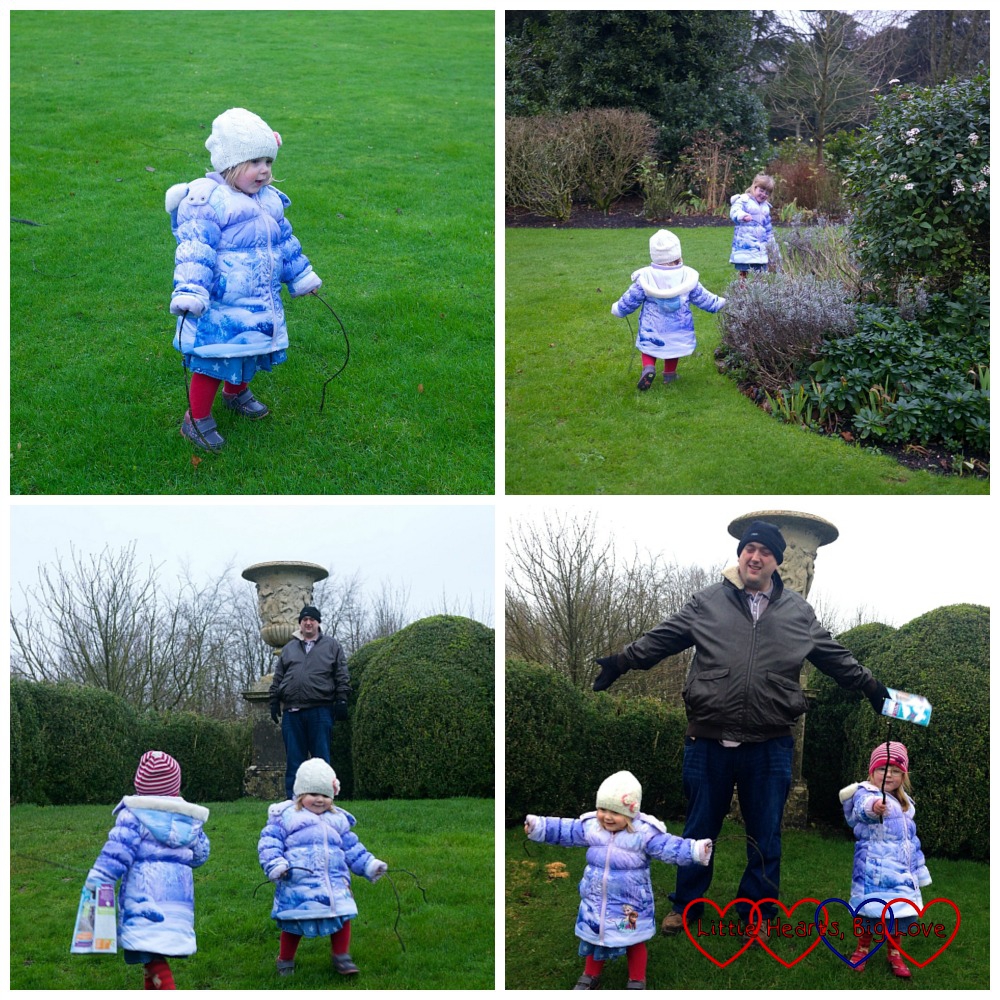 It was the perfect way to blow away the Christmas cobwebs and lovely to have a day out with my mum too. Despite having grown up just a few miles down the road, this was my first visit to Uppark, but I’d like to try and visit again later in the year. We treated ourselves to National Trust membership while we were there and I’m looking forward to making the most of this throughout 2016.

25 thoughts on “A day out at Uppark House”