We’ve been to a lot of Christmas parties organised by the various charities that have helped us along our journey as a heart family but the one we were invited to last year topped them all – the annual children’s Christmas party at 10 Downing Street. We were invited through Jessica’s community nurse who worked for the Alexander Devine Children’s Hospice Service, a charity which helps support children with life-limiting conditions. 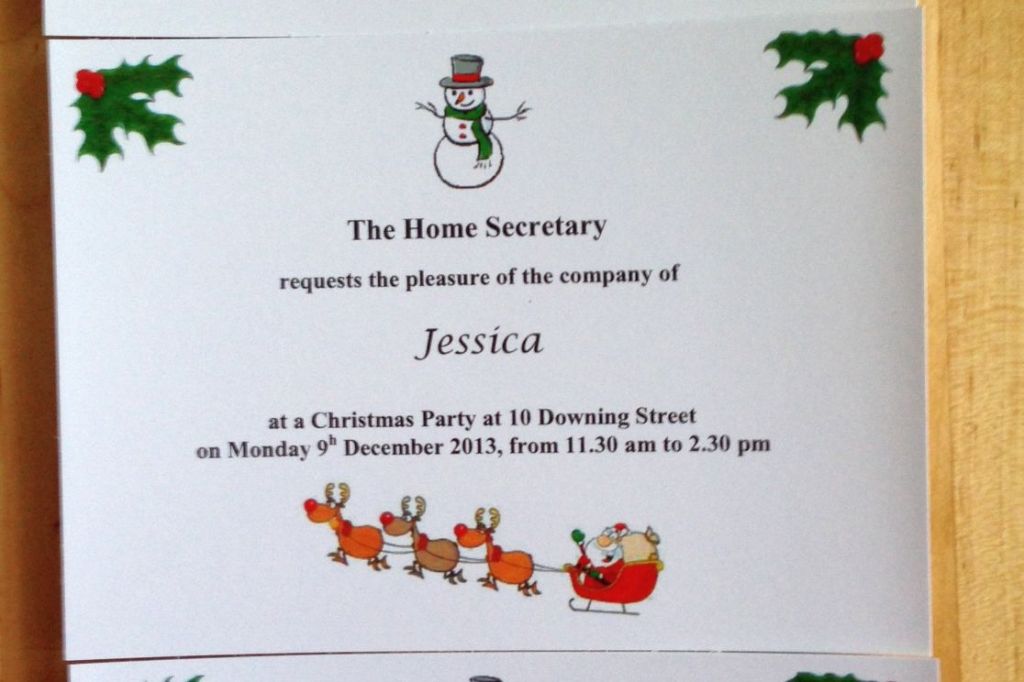 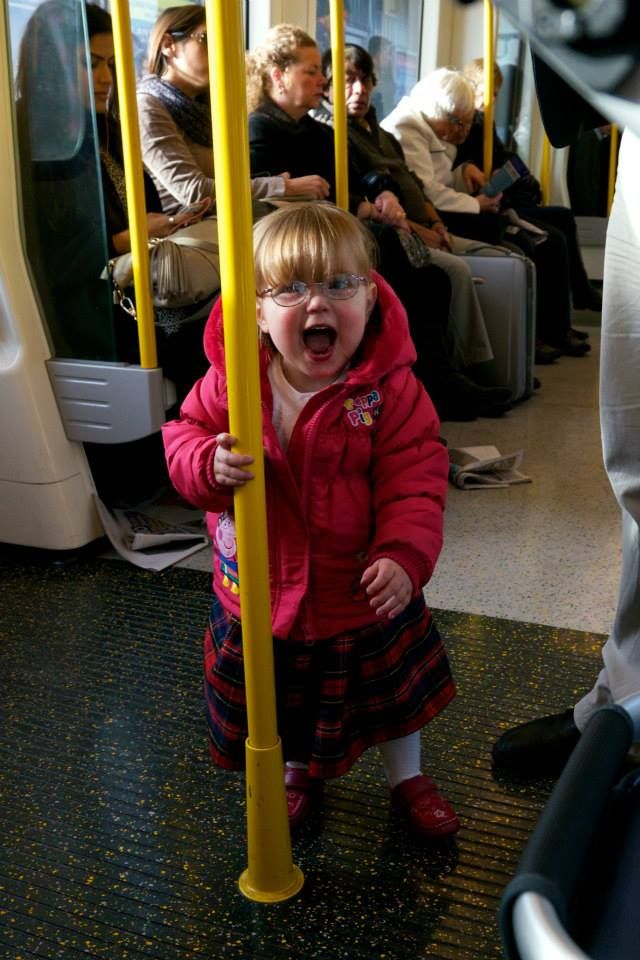 With Jessica being a little over two years old and Sophie just six weeks, it was really just Mummy and Daddy who were excited about the prospect of a Christmas party at 10 Downing Street but we hoped to be able to take plenty of photos for them to see later on. Jessica was full of smiles on the journey on the tube whilst Sophie mostly slept all the way there. It was so exciting to be admitted into Downing Street and go through that famous door (naturally we had to pose for a few photos standing outside!). Dick and Dom were just behind us as we came in and were happy to pose for a photo with us once we got upstairs. 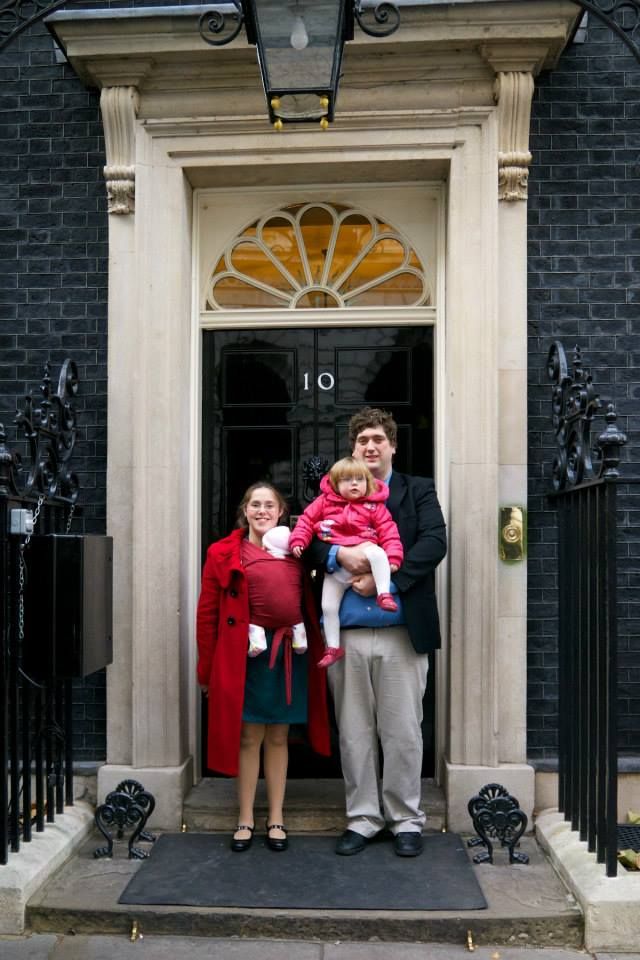 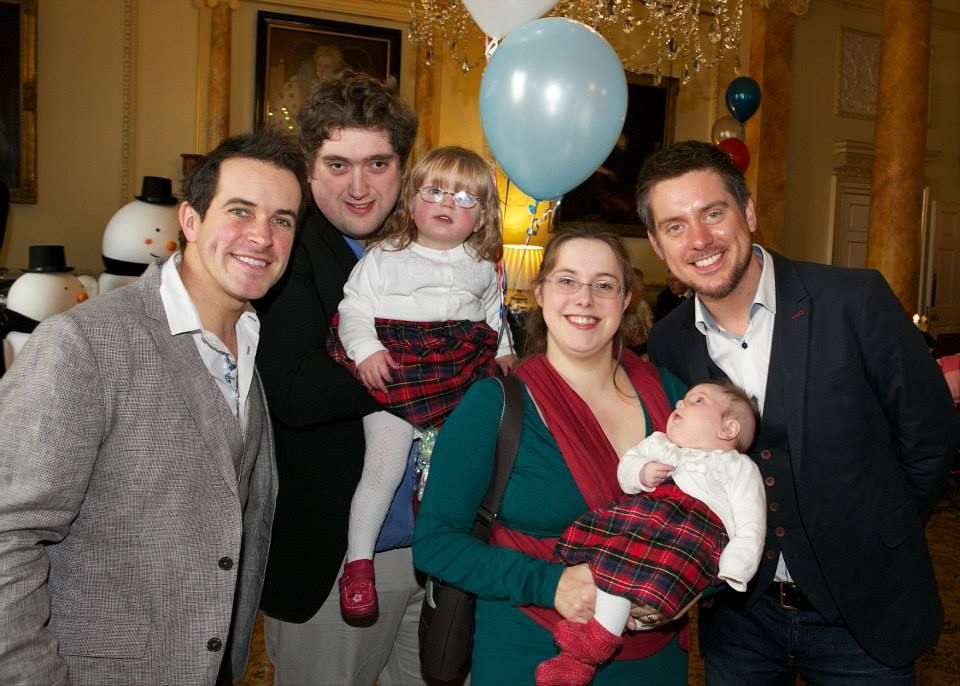 Up the famous staircase with the photos of past Prime Ministers and into the Pillared Room which along with the Small Dining Room and State Dining Room was decorated for the Christmas party with lots of balloons and polystyrene snowmen. Jessica promptly made a beeline for one of the snowmen and made off with his hat! There were various people dressed in costumes, a children’s disco in the Pillared Room and craft activities for the children in the State Dining Room. Once we had returned Mr Snowman’s hat, Jessica enjoyed running around with the balloons and was having a wonderful time. 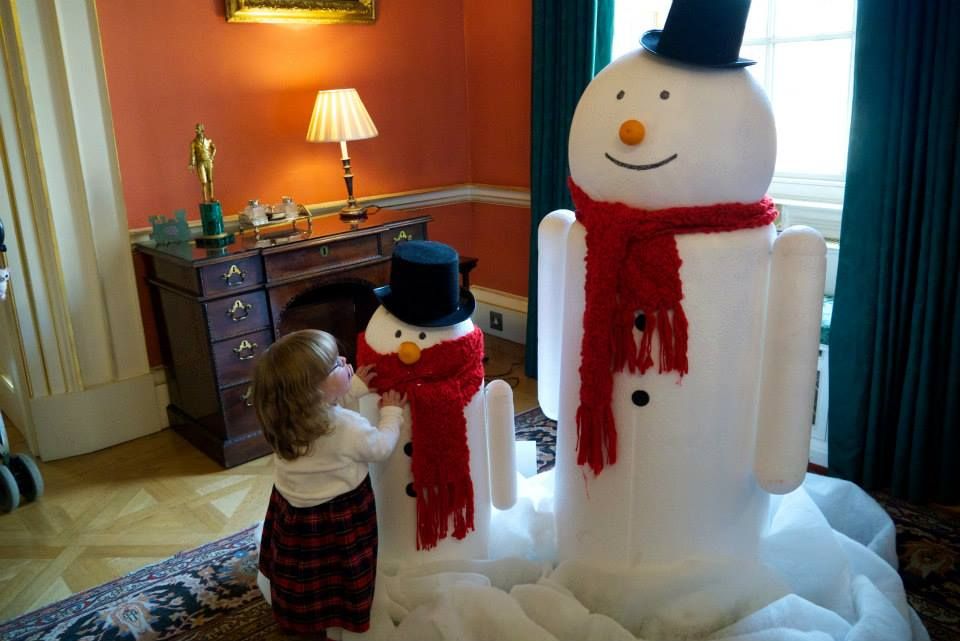 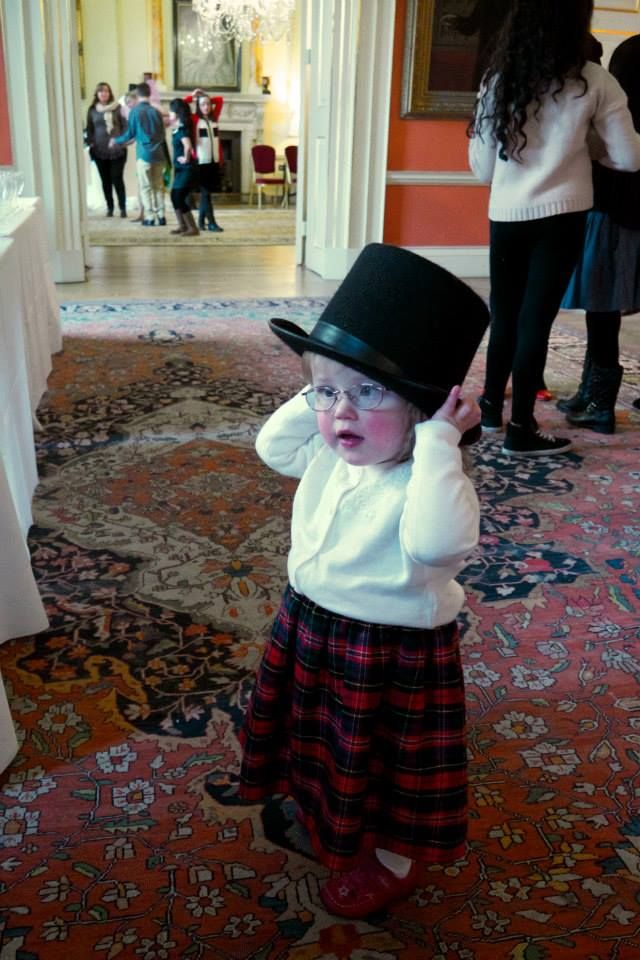 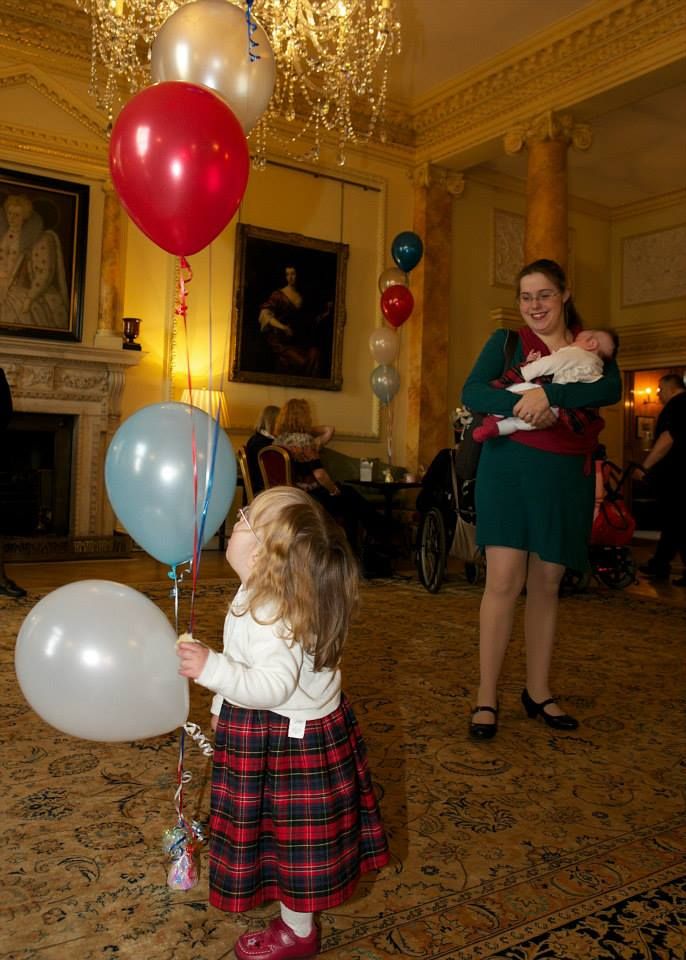 Midway through the party, the Prime Minister came in to say hello to the families and children. One of the older children, Olivia, had taken quite a shine to baby Sophie and wanted to follow us everywhere. Her mum wanted to try and get a photo of Olivia with the Prime Minister and it seemed the only way to manage this was for me to follow David Cameron around the room with Olivia following behind us. I am sure the Prime Minister must have thought I was a very strange woman trying to stalk him because he turned around a couple of times and looked right at me with a somewhat perplexed expression but thankfully we managed to get the photo for Olivia’s mum without being asked to leave! 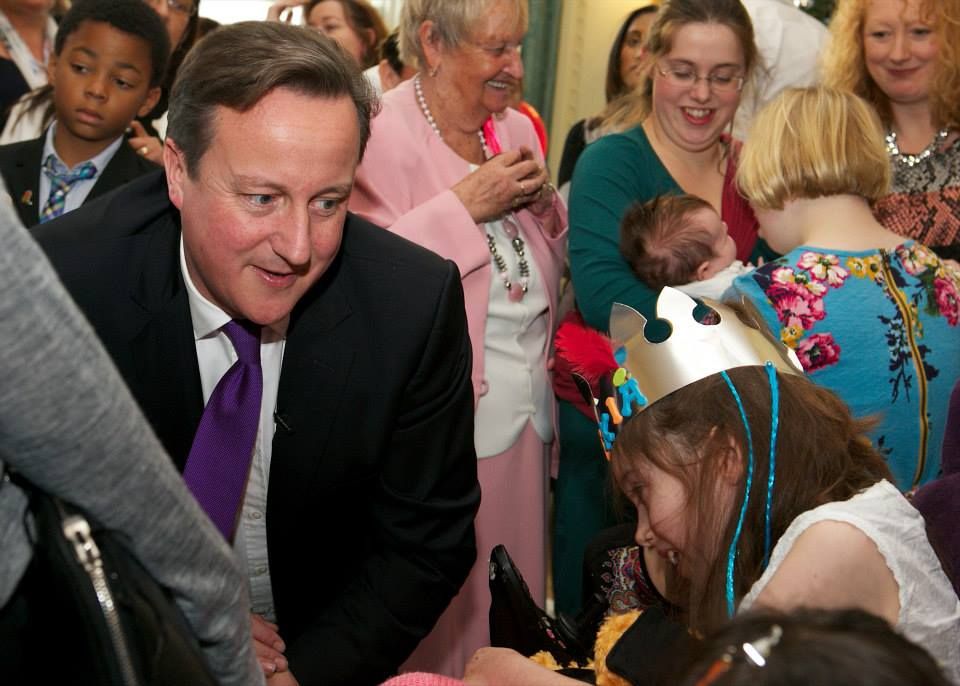 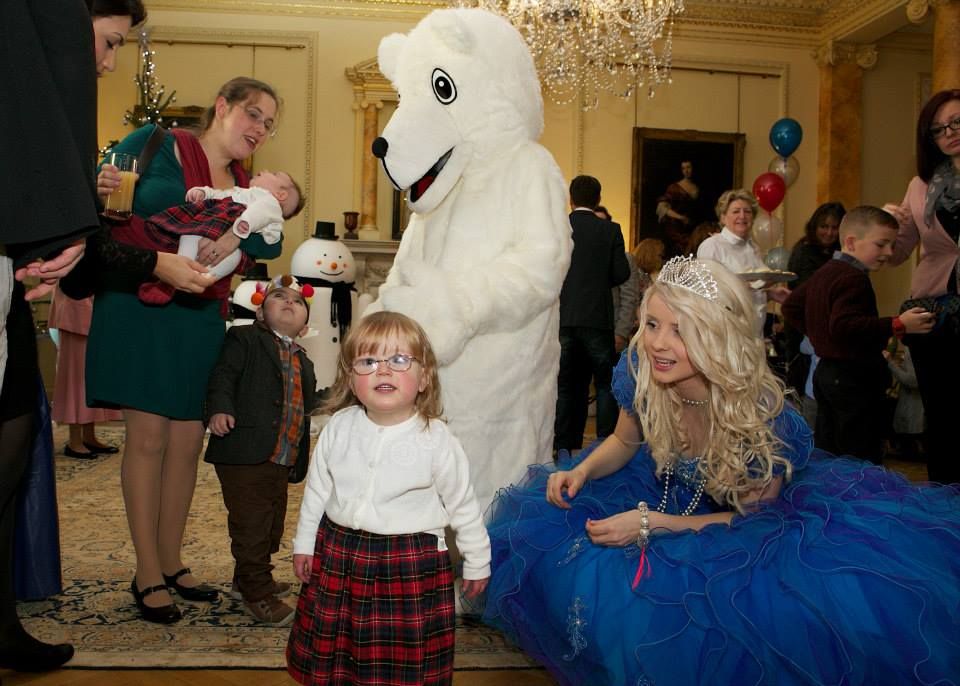 The highlight of the party for me was shortly afterwards when the stars and pros from Strictly Come Dancing came in to meet the children. Hubby and I met each other through the university ballroom dancing society and are huge fans of Strictly. The celebs and pro dancers were all very friendly and baby Sophie got a lot of attention from the female celebs and dancers, getting to have cuddles with Abbey Clancey and Sophie Ellis-Bextor. We had quite a chat with Brendan Cole who was very friendly and the stars were all quite happy to pose for photos too. Later that week, we were very excited when Sophie Ellis-Bextor mentioned on the Saturday night show that she and Brendan had been to the Downing Street Christmas party and had had cuddles with a six week-old baby called Sophie – and then there was a video clip of Sophie Ellis-Bextor at the Christmas party cuddling my little Sophie. Six weeks old and making her debut on national TV! 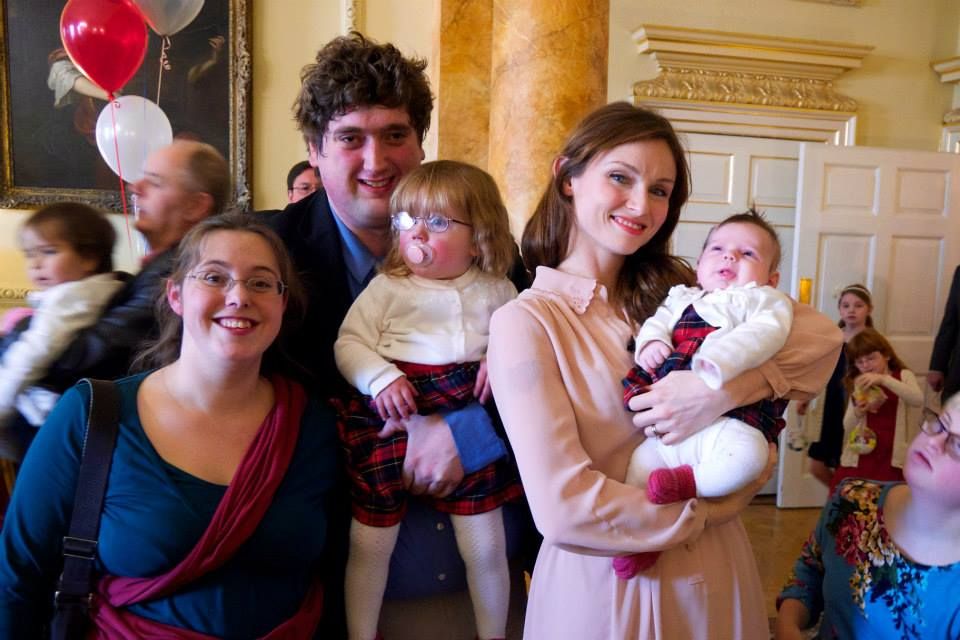 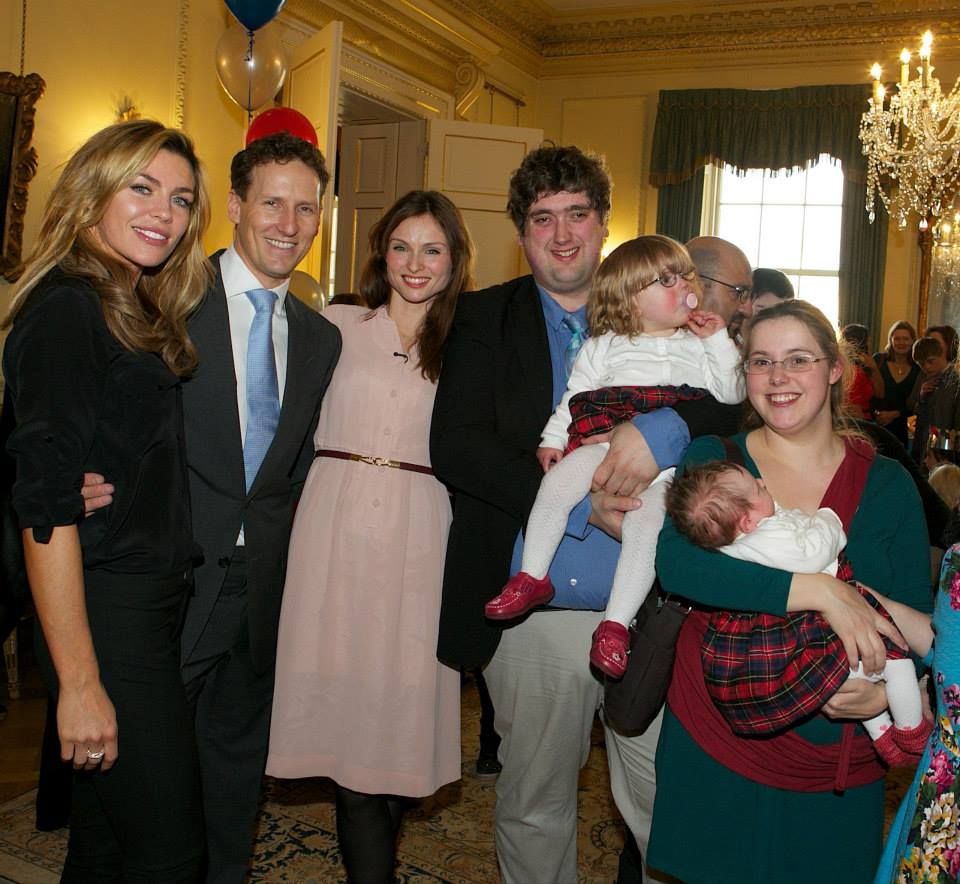 After meeting the Strictly stars, it was time to go and see Father Christmas who had a Christmas present each for the girls – a lovely stuffed unicorn for Sophie and some books for Jessica. 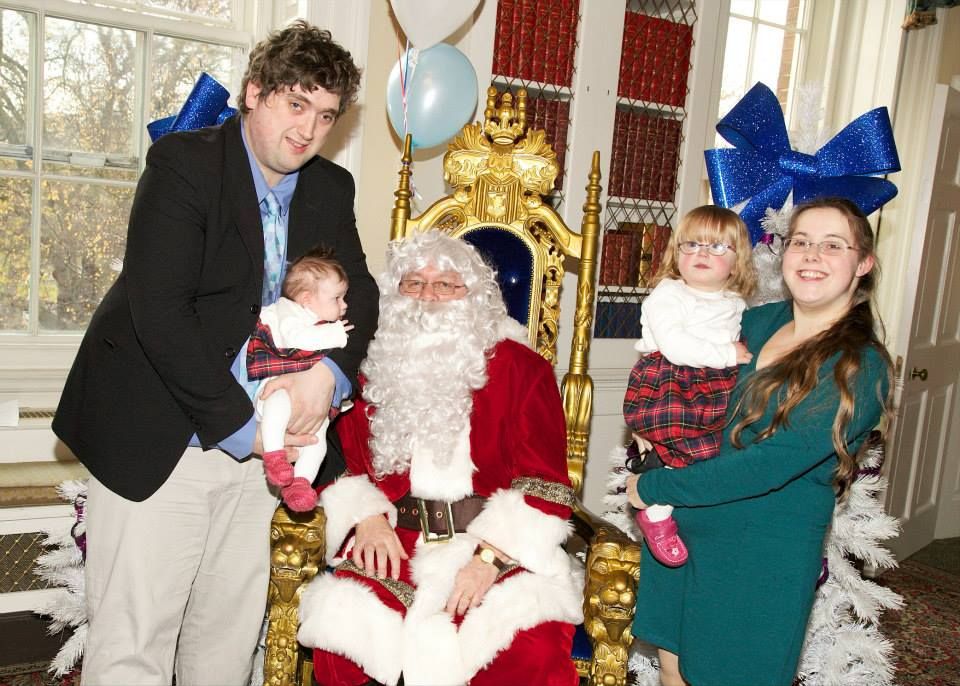 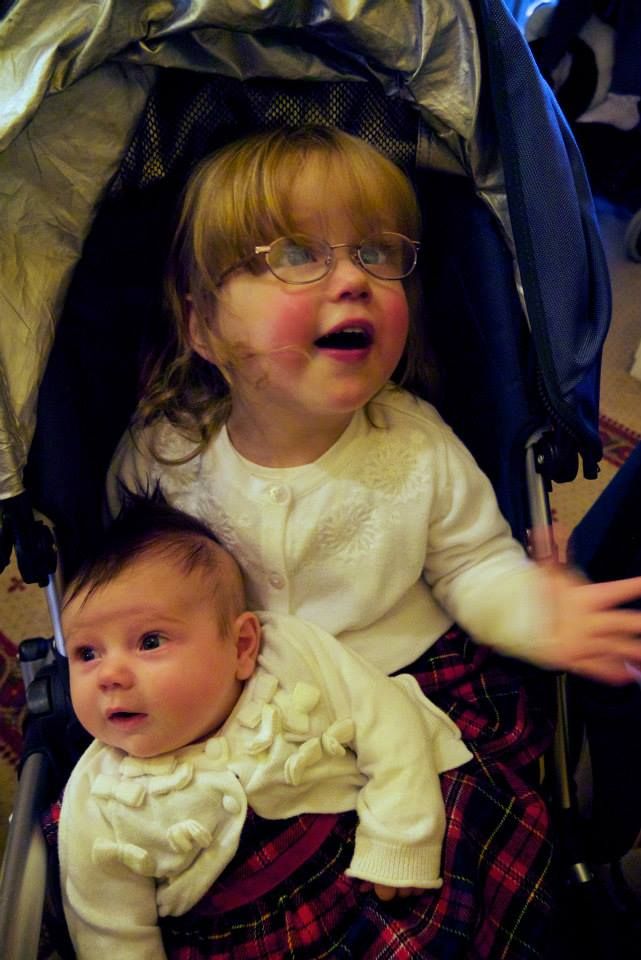 It was such an amazing experience to have been able to attend the Downing Street Christmas party and one that we will remember forever. It is such a shame that the children were too young to be able to remember it but we will tell them all about it when they are older (and we have the video clip recorded to show Sophie too!)