There are several fundraising events for charities close to our heart that we try to attend every year and the Charlie Jones Foundation Family Fun Day is one of them. It’s a charity that was set up by heart parents Donna and Dean Jones after the death of their 5-month old baby Charlie from hypoplastic left heart syndrome (HLHS) (the same heart defect that Jessica has). They also lost a second son, Kian, at 17.5 weeks gestation who was also found to have HLHS. I first got to know Donna a couple of years ago through a mutual heart mummy friend and Jessica has featured in the Book of Love project and this year’s calendar to help raise funds for the charity. 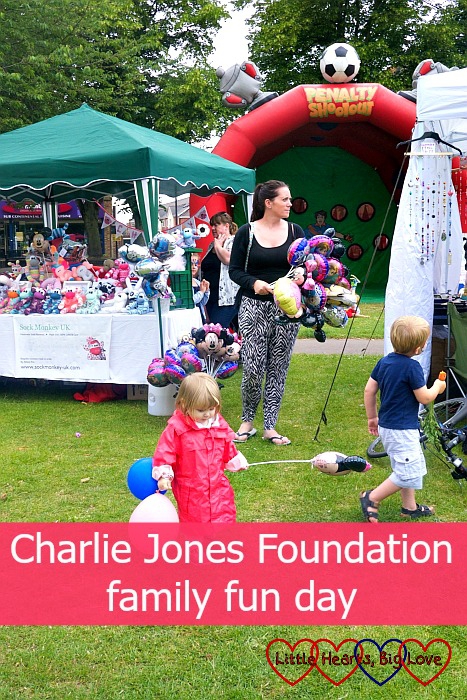 The weather didn’t start off looking too promising for the fun day – it was raining when we arrived but the girls both had their raincoats on and so were quite happy wandering around. It was one of those days when the weather couldn’t quite seem to make up its mind what it wanted to do and it felt like I spent a lot of time taking coats off and then putting them back on again!

There were quite a few different stalls – facepainting, balloons, soft toys and crafts, reflexology (would have liked to spend some time at that one!), cupcakes, pretty bows and hair accessories, a lucky dip and tombolo as well as the charity stall itself with the raffle prizes and information about the charity. There were various rides and attractions – a carousel for the little ones, inflatables, a playbus and zorbing for the older ones. 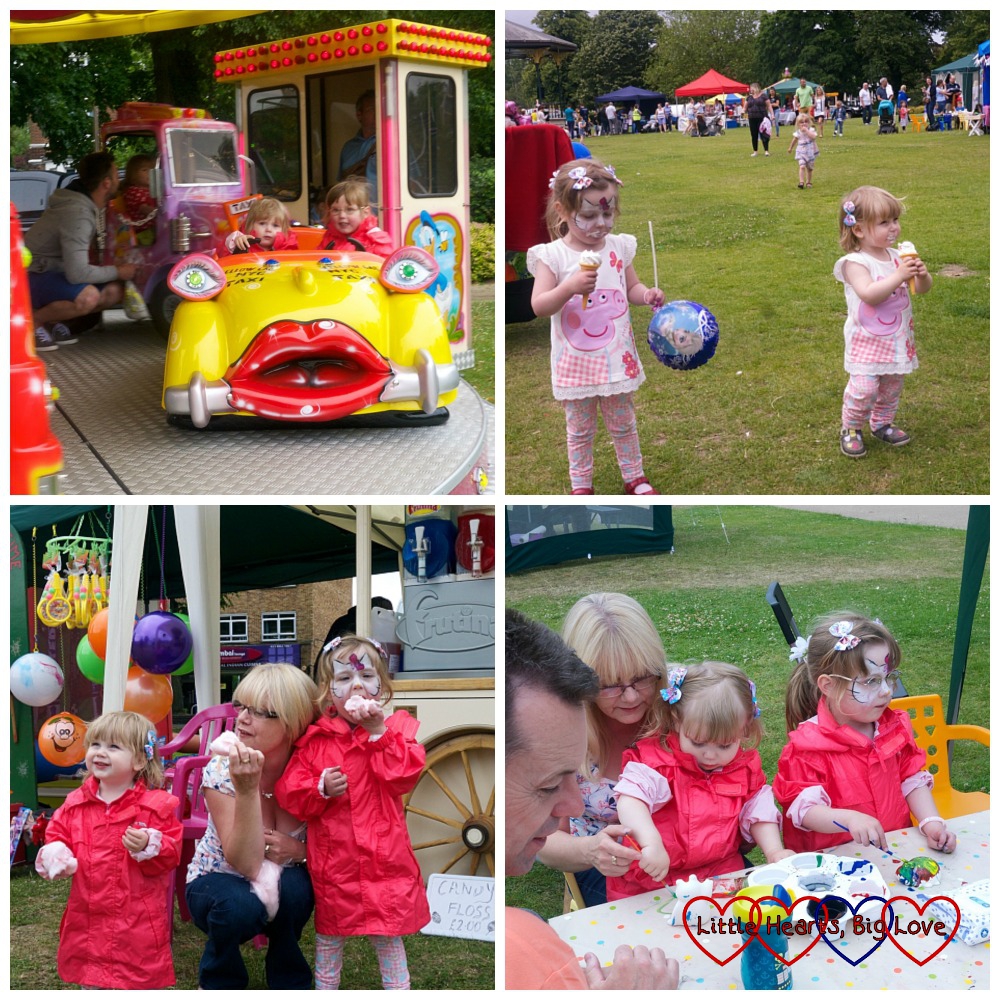 The gym area organised by Treasure Gymnastics was a big hit with Jessica and Sophie. Coloured ribbons to run around with, a target to throw velcroed balls at (or try to colour match them), tunnels to crawl through, an obstacle course to follow – there was so much for the girls to do there and it kept them happy for ages. 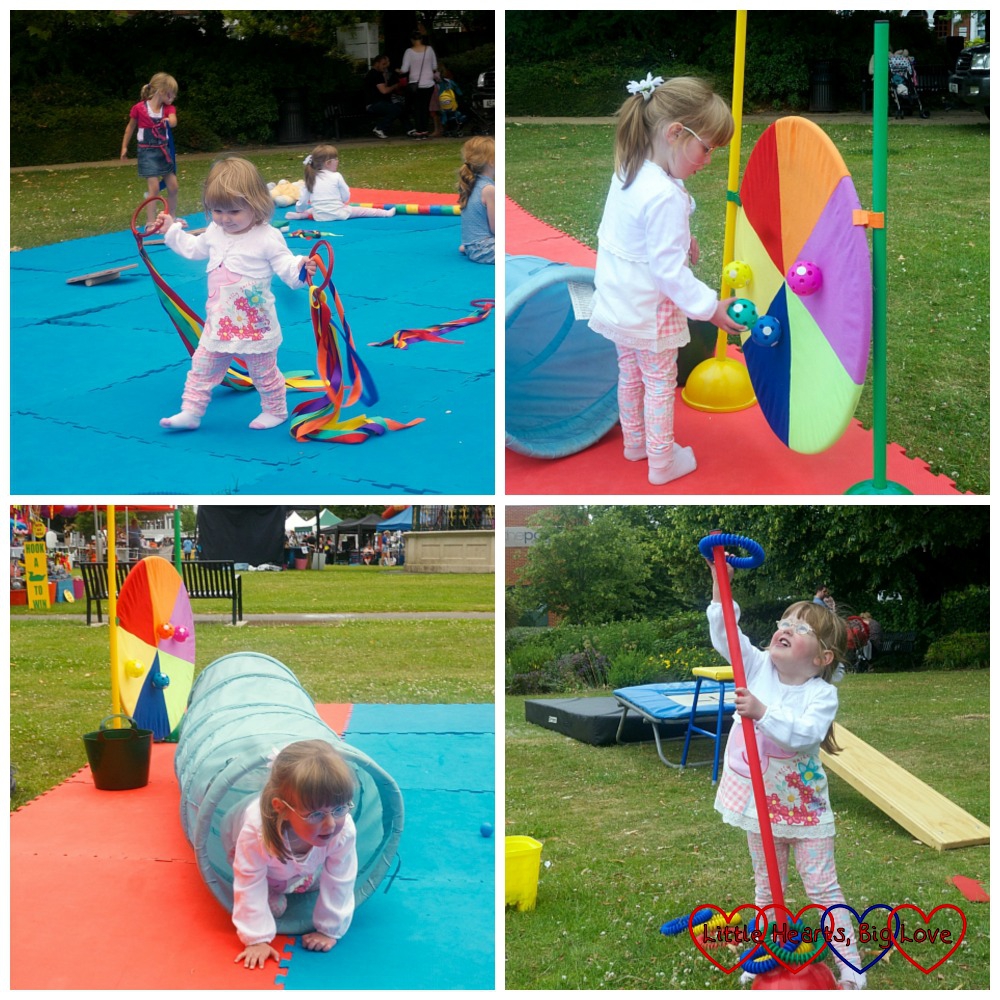 After the girls had tired themselves out in the gym area, we wandered around the stalls. We bought balloons, picked out “presents” in the lucky dip, had a ride on the carousel and ate ice-cream and candy floss – although not at the same time! Jessica loved having her face painted as Hello Kitty and both the girls enjoyed painting a ceramic animal each. 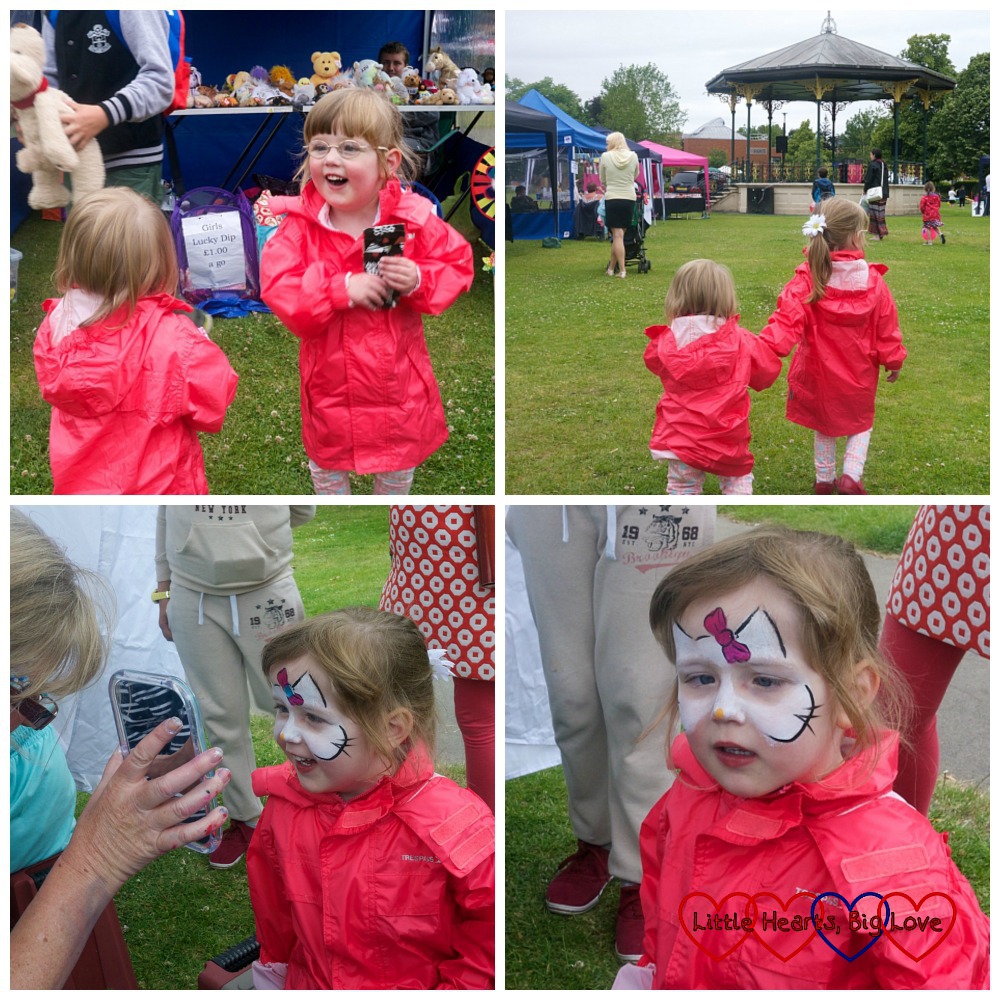 There was a children’s playground nearby which both the girls loved and I loved watching them go on the seesaw together for the first time. 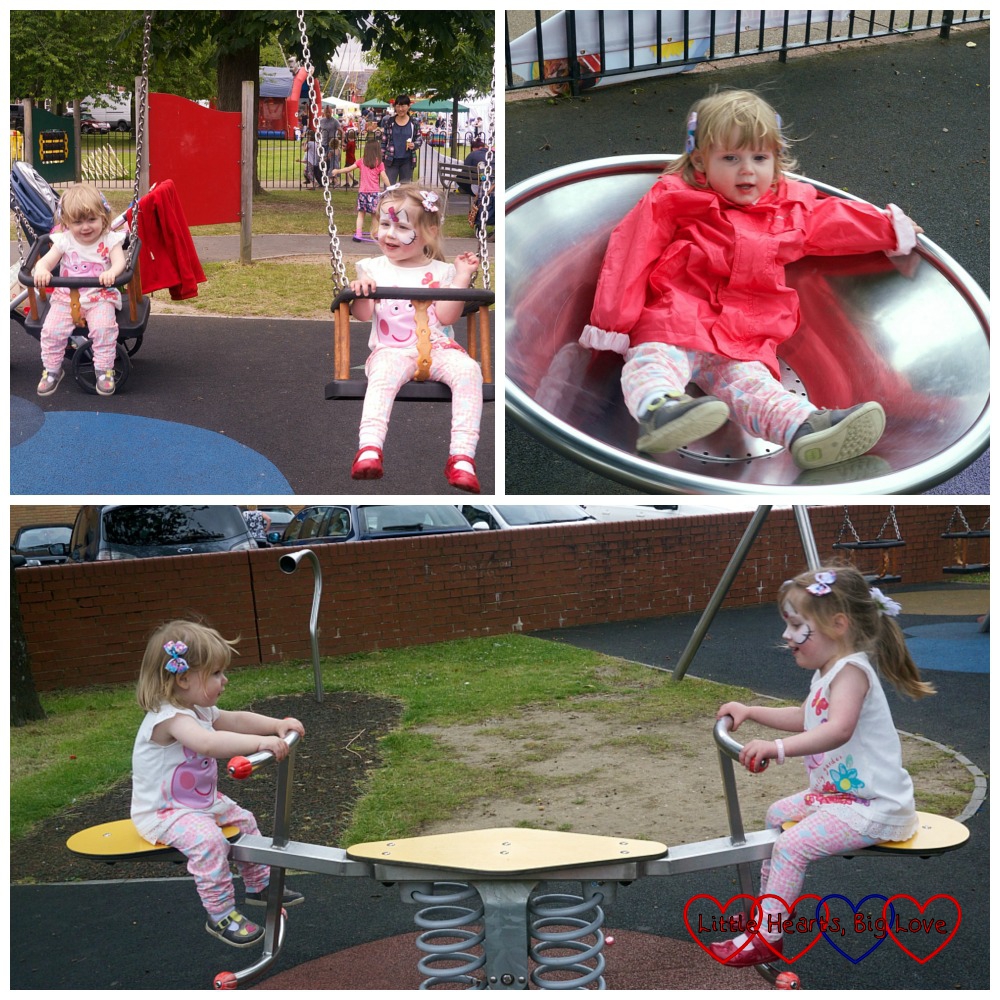 The highlight of the day for Jessica was getting to meet Queen Elsa and Princess Anna in the afternoon. We also met up with my sister Loraynne and her boyfriend Pete later in the afternoon too. It was lovely to see them both and also to have an extra couple of pairs of hands to help me out – especially once the raffle was called and I discovered I’d won a giant teddy bear! It is bigger than the girls – goodness only knows how I would have managed to get it back to the car if I’d had to do it by myself whilst trying to juggle the girls and buggy too! 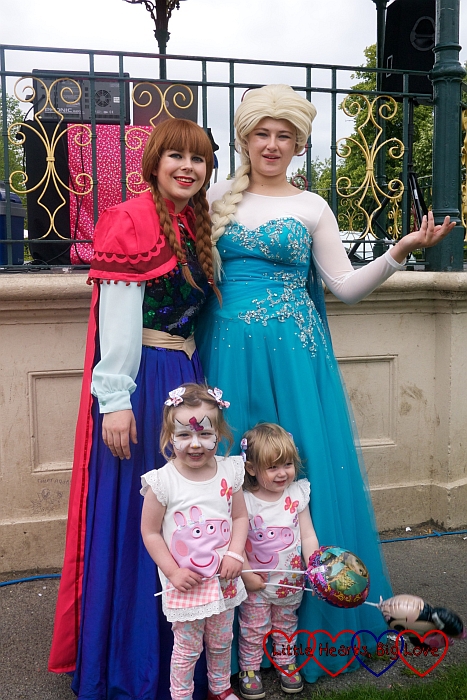 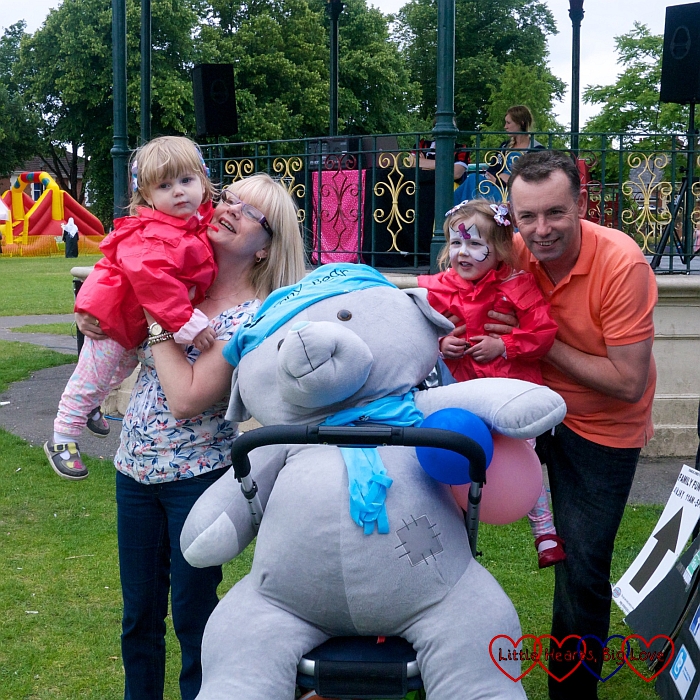