With the sunny weather continuing, we decided to embark upon another one of the Books About Town trails and find the book bench sculptures around Greenwich.

We started at Greenwich station where we found the first bench of the day (no. 16 in our running total of benches): Hitchhiker’s Guide to the Galaxy. Jessica loved the bright colours on this bench and both she and Sophie were very happy to sit together on the bench and pose for a photo. The next bench – Samuel Johnson’s Dictionary – was a short distance away along Royal Hill and then we made our way towards Greenwich Park for the next few benches, finding bench no. 18 – On the Origin of Species – just inside the entrance to the park. 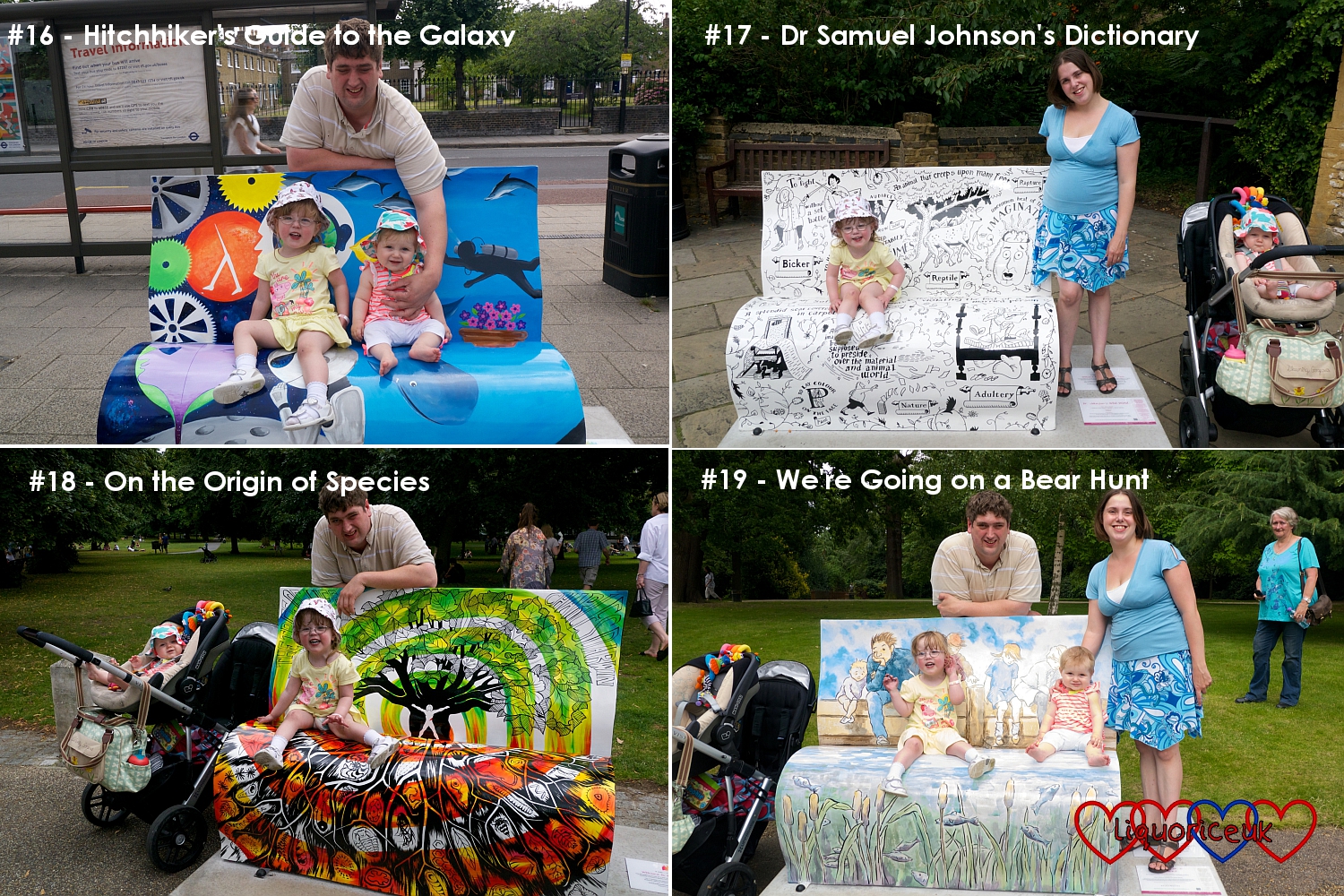 Once inside the park, we were on a book bench hunt trying to find the “We’re Going on a Bear Hunt” bench – not helped by the lack of detail on the Google map we’d printed out and it seemed other bench hunters were in a similar situation. After a lot of zooming in to the map on our phones, we eventually realised it was near the Flower Garden lake and managed to find it!

The next bench – The Time Machine – was next to the Wolfe Statue by the Observatory, looking out over stunning views across the park. Getting back down the hill was fun with the double buggy (although Jessica preferred to ride on Daddy’s shoulders instead)! Bench no. 21 – Jungle Book – already had a little occupant in the shape of a little blue hand-knitted toy which had obviously been left behind. We took our photo and left the toy sitting on the bench in the hope that his owner would return and find him and then headed on to the Elmer the Elephant bench. 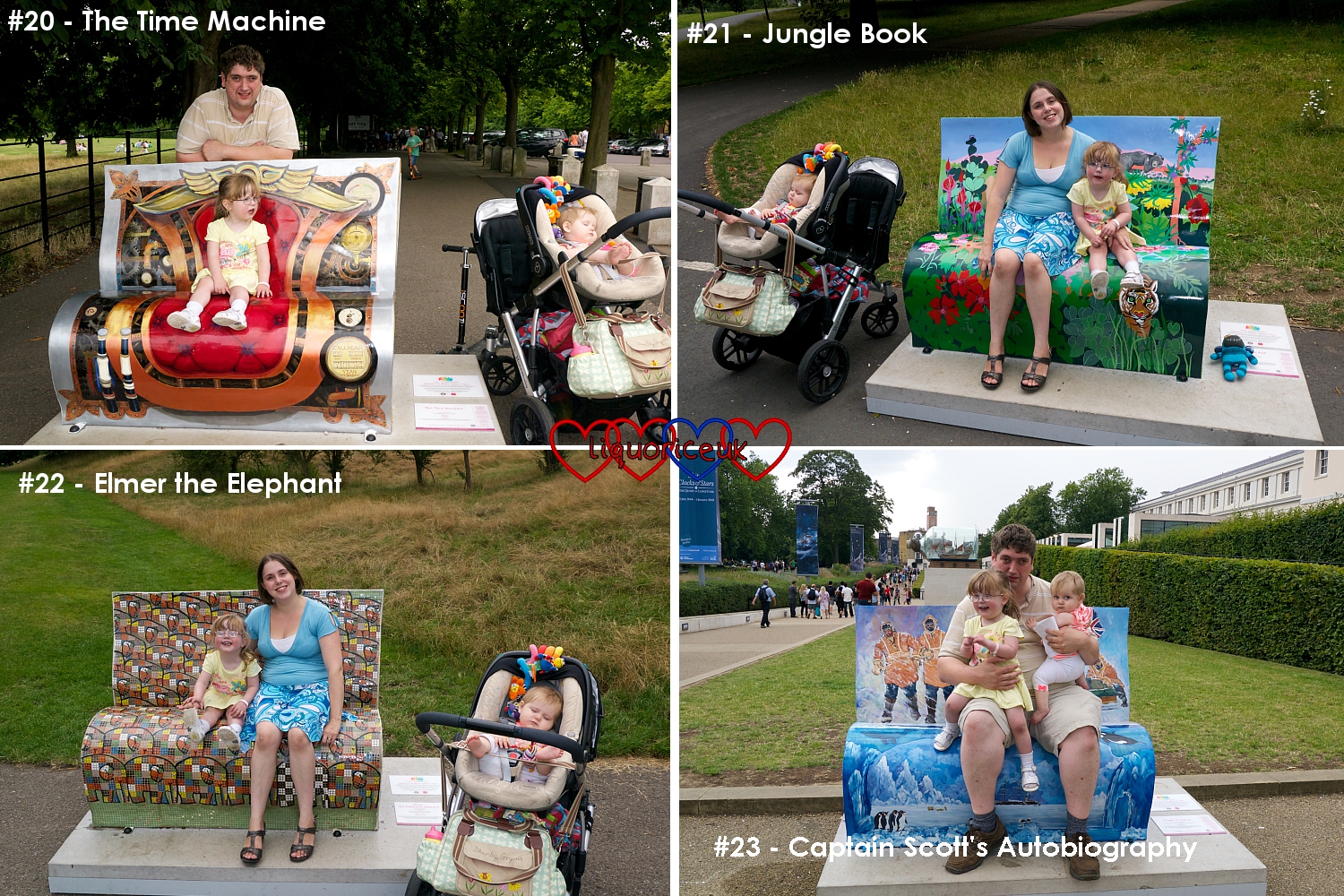 The final bench inside the park was Captain Scott’s Autobiography and by this point in the day, the sky was becoming ominously dark and we began to suspect that the rain would call a halt to the challenge. The next two benches on our list – The Canterbury Tales and The Railway Children – were situated near to the Cutty Sark but when we arrived at the location for The Canterbury Tales bench, we discovered that it had been returned to the library for repairs. By the time we reached The Railway Children bench, the rain was starting to fall and, knowing we were going to be unable to complete the challenge in any event, we decided to leave the trail unfinished and return another day, having managed to visit eight out of the twelve benches on the Greenwich Trail. 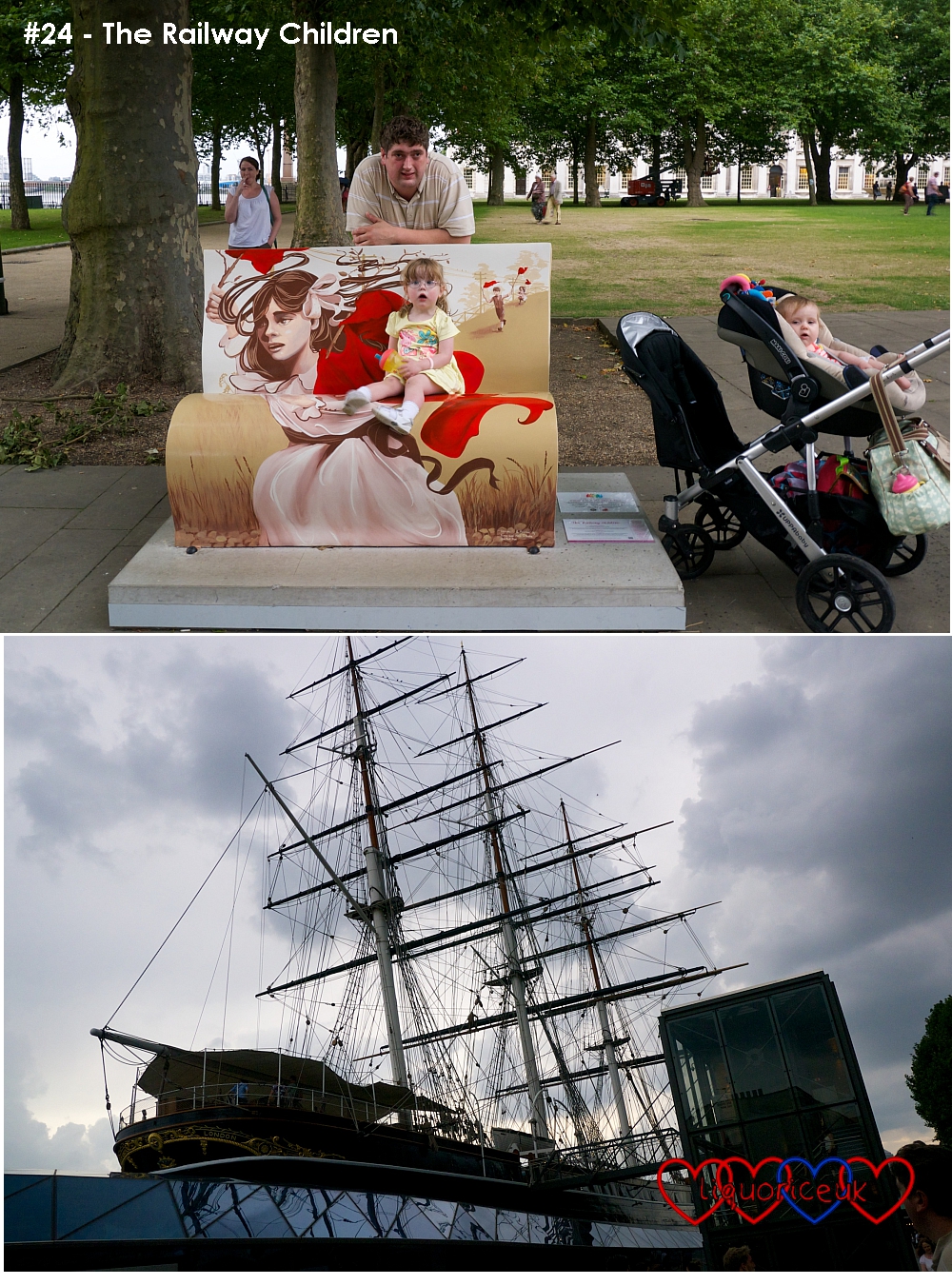 Whilst the benches inside the park were more difficult to find, this was a much nicer trail from Jessica’s perspective as she was able to run about more freely inside the park which she thoroughly enjoyed. We almost managed to reach the halfway point in the challenge having now visited 24 out of the 50 benches. 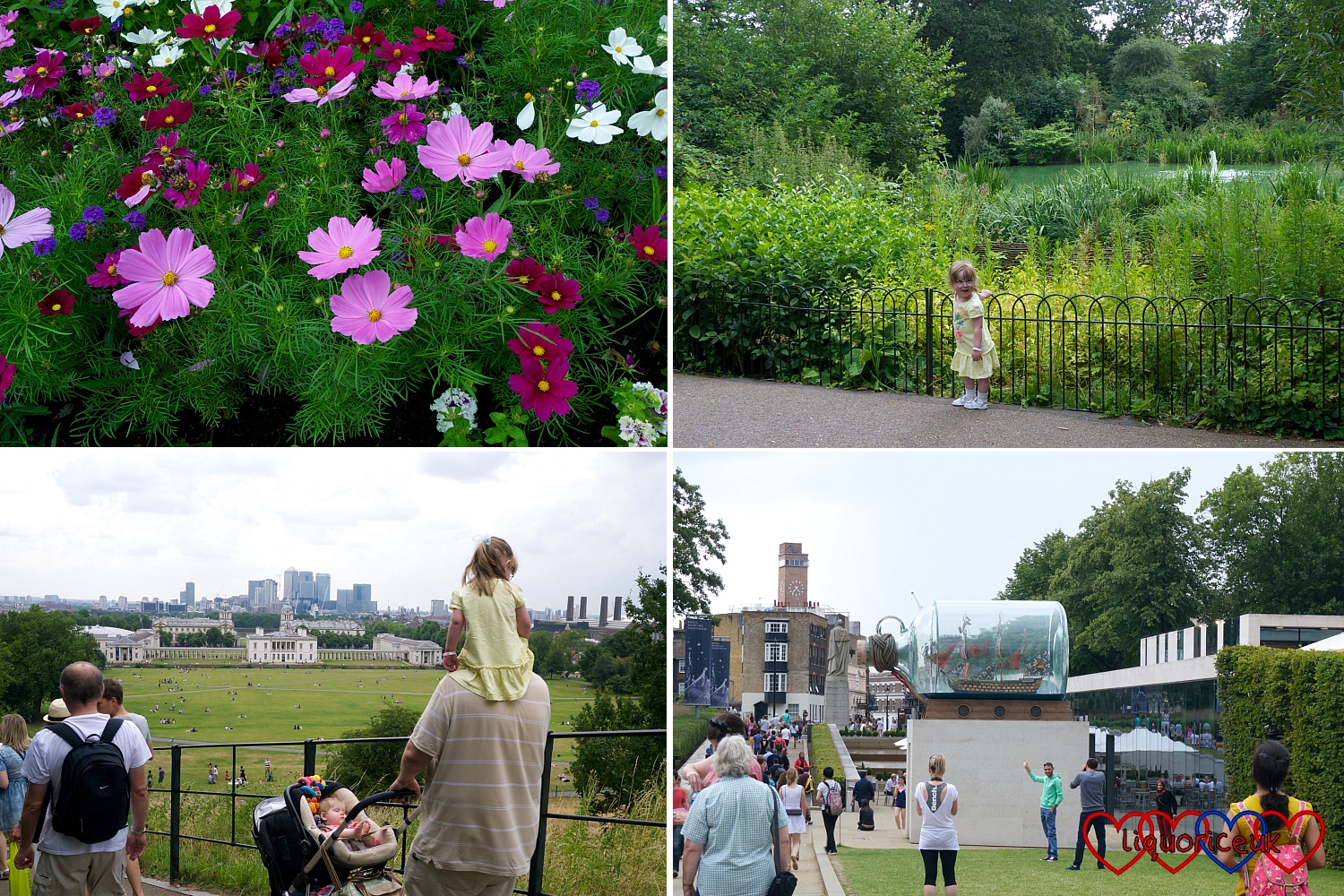 This was our second book bench hunt, having previously completed the City Trail.