One of the things I miss most about summer is those beautiful warm afternoons.  Afternoons when the sky was so wonderfully blue. When it seemed as if there was all the time in the world to go and explore.  Watching my girls running off in front of me, hand in hand with each other, dressed in their sunhats and summer dresses.  Afternoons when we were just lost in our own little bubble. Discovering new places and making the most of the time we had together. 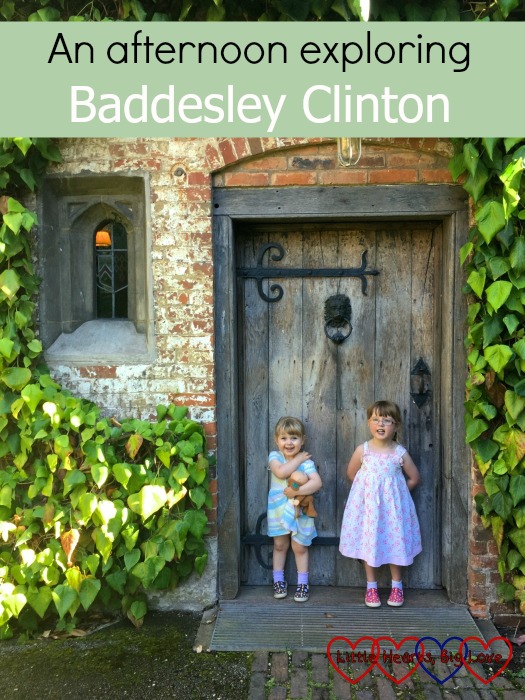 Baddesley Clinton was a new discovery for us. We were heading to Birmingham for the weekend to meet up with hubby who was busy working on an event.  As it was the bank holiday weekend, I wanted to leave early to avoid getting stuck in traffic. It seemed a good idea to find a National Trust place near where we were staying to explore before meeting up in the evening. 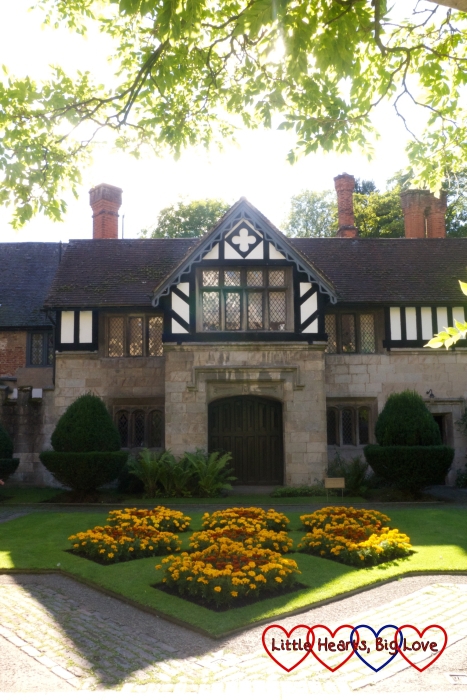 This was definitely a good choice. A beautiful manor house surrounded by a moat and grounds. Just the right size to explore in an afternoon without feeling like we needed to rush around.  I would have liked to have been able to explore inside the house too but we didn’t have quite enough time to explore both the house and grounds. 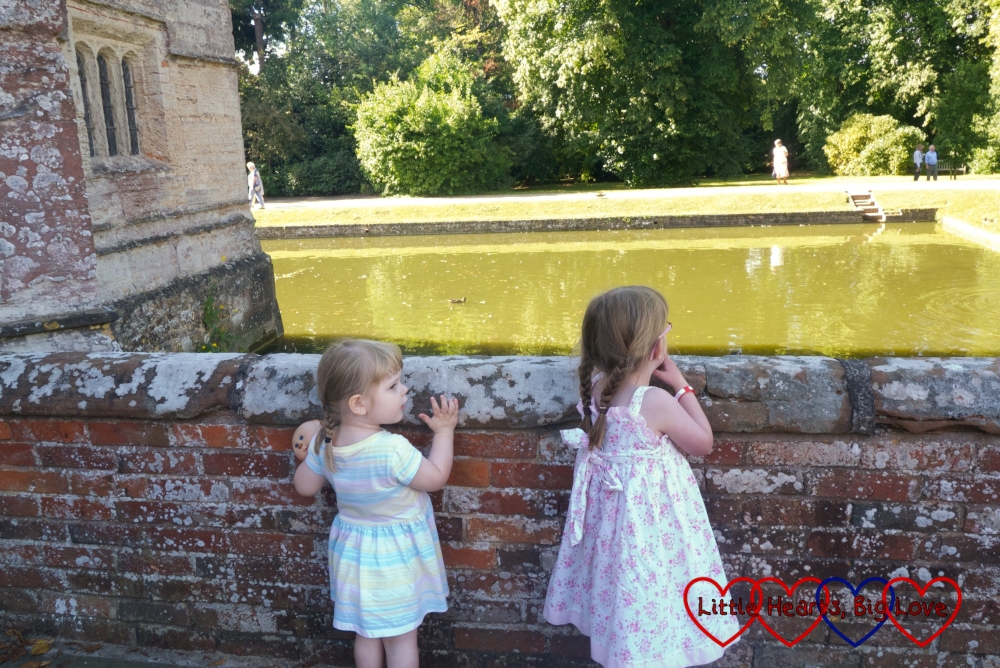 The girls spent a while standing on the bridge looking over the moat and watching the ducks before we headed into the inner courtyard.  They loved the door with a “tiger head” knocker on it. It was a very pretty spot to take some siblings shots too! 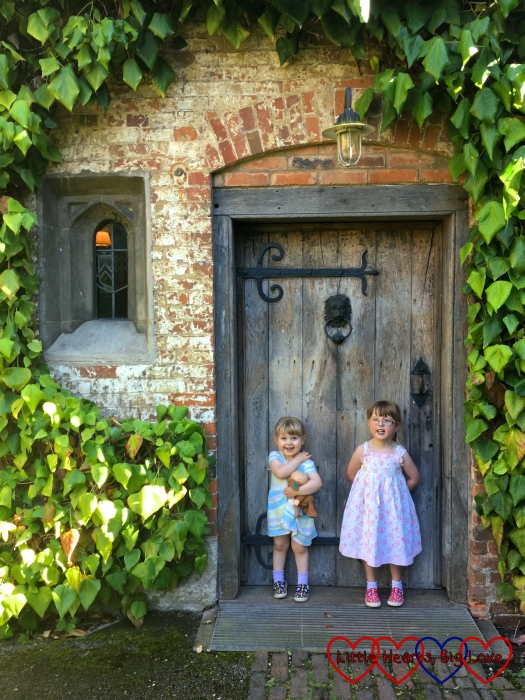 Out on the front lawn, there were some outdoor games and a tent with wooden blocks inside. The girls made a beeline for these.  Jessica enjoyed building a house with the blocks and Sophie decided to make a “xylophone” from them. 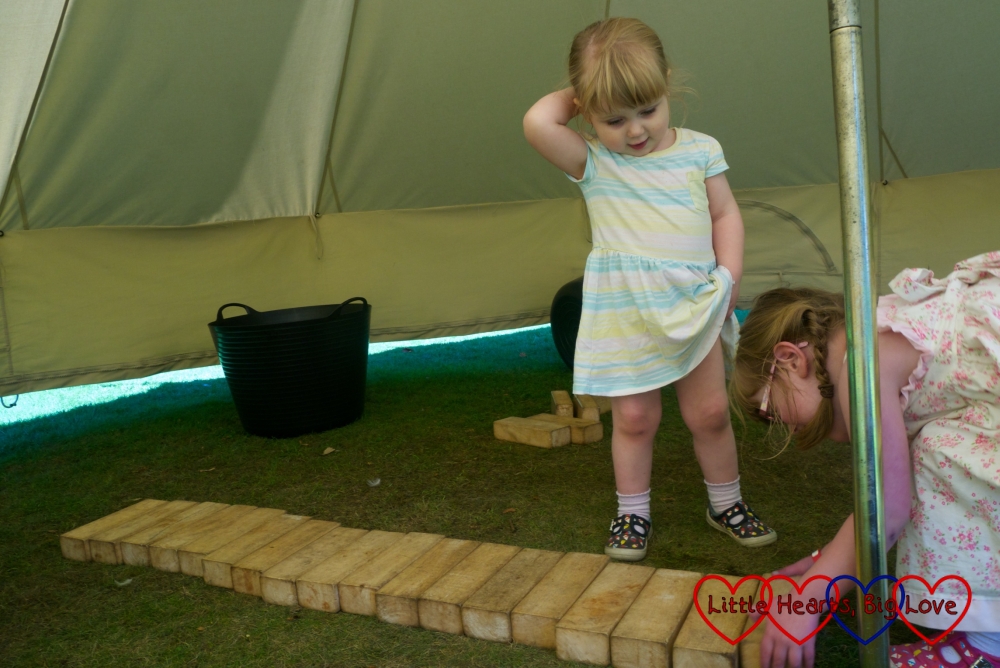 Once the girls had finished playing with the blocks, we headed for a walk around the lake.  The “wobbly bridges” that we had to cross were a lot of fun from the girls perspective. They also provided a few opportunities to try and play pooh sticks. The streams were a little too dry for it to work well though! 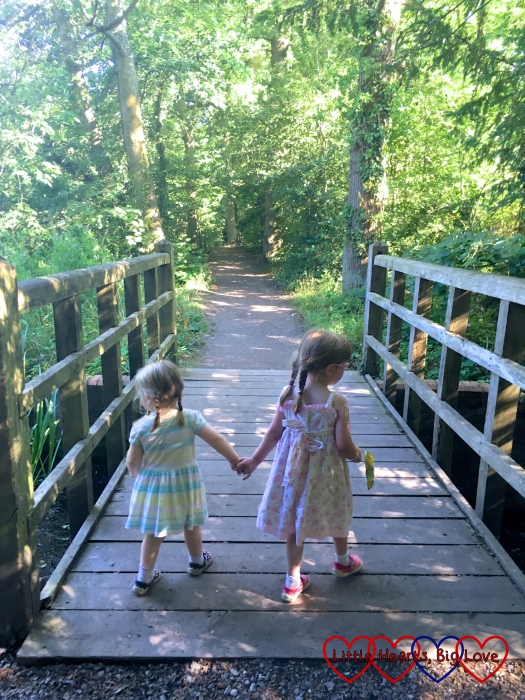 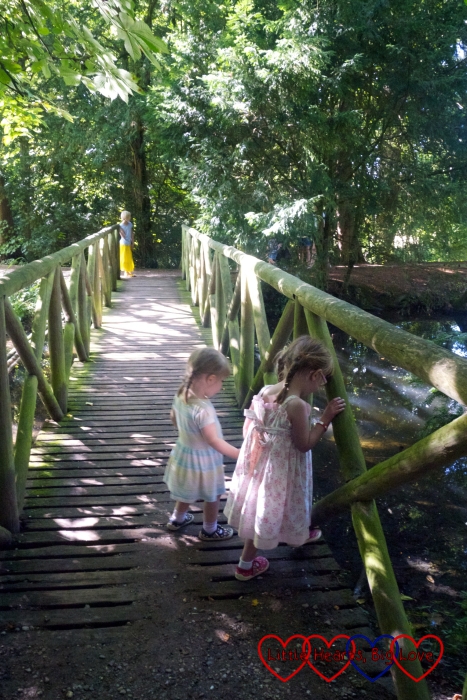 We also explored the walled garden which was full of colourful pretty flowers before finding ourselves back at the front of the house again. 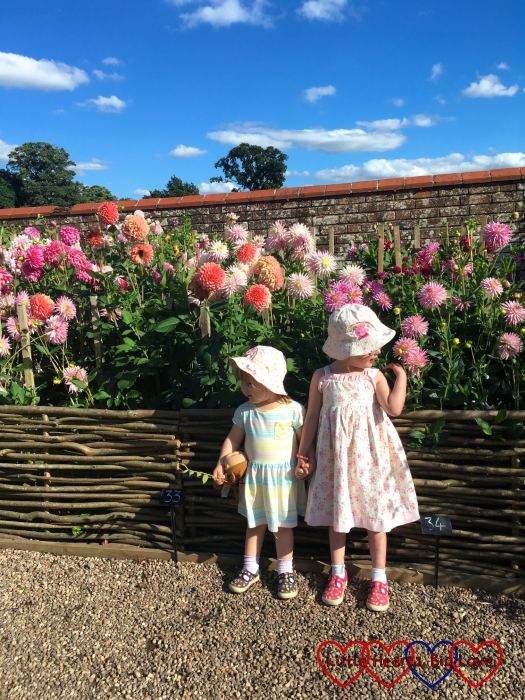 The grounds were beautiful, and it was such a glorious afternoon to go out and explore.  For me though, the best thing was that feeling of just being able to stop and let the world go by. To be able to watch my girls having fun exploring and not think about anything else for a while.  An afternoon where exploring and enjoying the sunshine was the most important thing in the world and nothing else mattered. 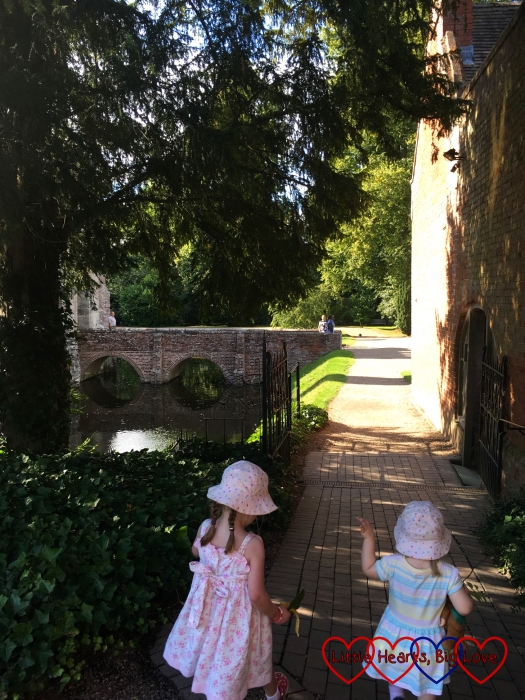