It’s been so good to see things beginning to open up again over the last few weeks, and to start taking steps towards normality again. Fun fairs are one of the things that can now reopen. Sophie had spotted the signs for one being held near us over the bank holiday weekend, so we headed over for an afternoon of fun at the fair. 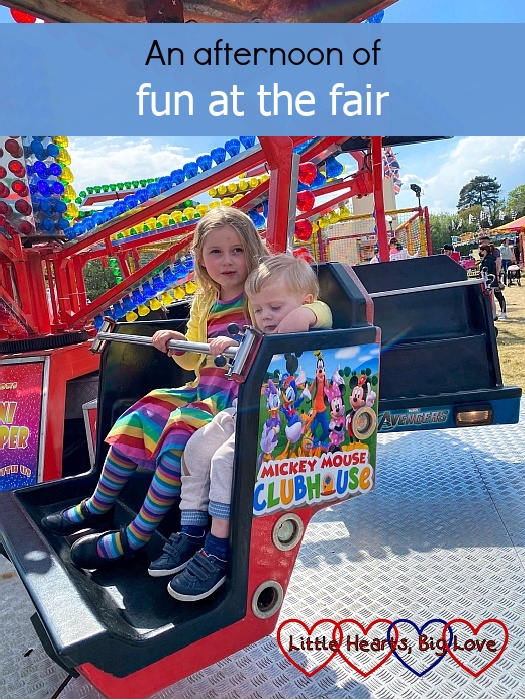 It wasn’t a very big fun fair but there were a few rides that were suitable for little ones as well as a handful of bigger rides. Most of the rides that the children went on were £2 or £2.50 per child other than the bungee trampoline and the big inflatable slide which were both £5. It does make for a fairly expensive afternoon out as the cost of each ride can add up quickly. Setting a budget limit or a number of rides limit helps manage expectations! 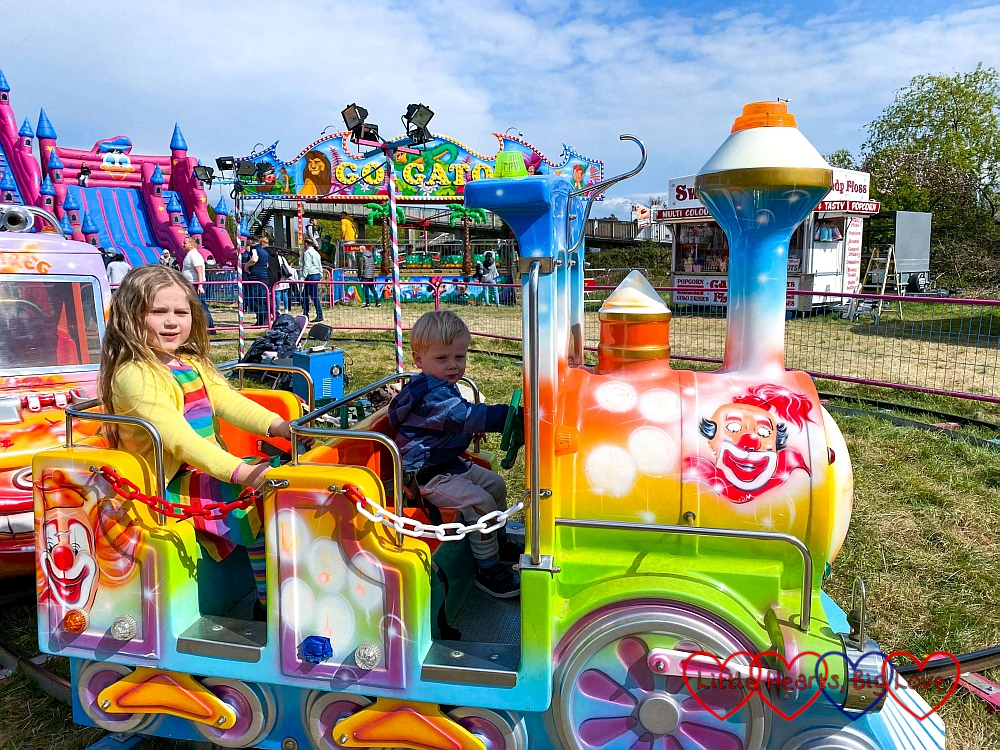 It wasn’t as busy as I thought it might be. There wasn’t any restriction on entry when we arrived (other than the limits in the car park) and, although there were signs asking people to wear face coverings, very few people were other than the ride attendants. There was plenty of space to stay socially distanced though and most people were doing so. The children were able to go on most rides without having to queue and there was hand sanitiser available at each of the rides. 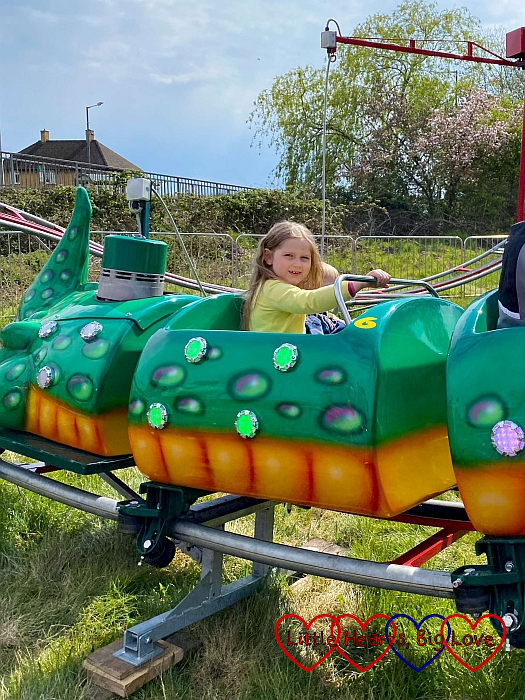 It’s not the first time that Thomas has been to a fun fair, but it was the first time he was able to go on some of the rides. It was lovely to see him sitting next to Sophie, her arm protectively around him, and see the smile on his face as he enjoyed the rides. One of the many moments of watching them together that brought back memories of watching the girls together doing similar things. Thomas’s expression at times very much reminded me of Jessica’s when we took her to a fun fair at a similar age. 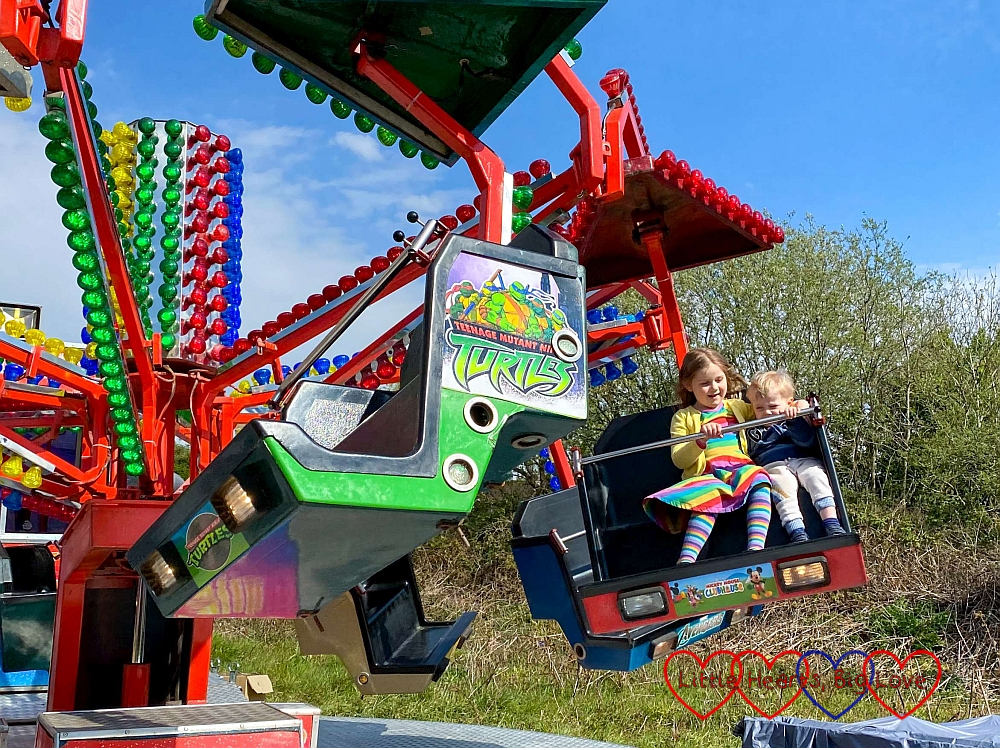 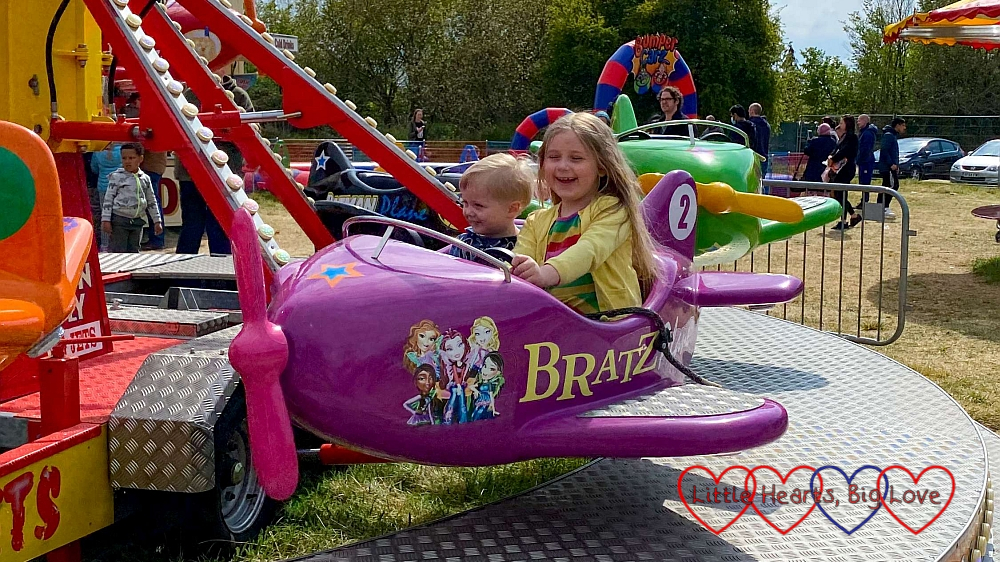 Sophie was quite happy on the smaller rides with Thomas, but enjoyed being able to do other things without him. Her favourites were the bungee trampoline and the inflatable slides. These were the more expensive attractions, although she could stay on the inflatable slides as long as she wanted. There were three slides – a giant one and two smaller ones. Needless to say, Sophie headed straight for the giant one – which was a little high for my comfort levels as I watched her launching herself down with a huge bounce at the top! 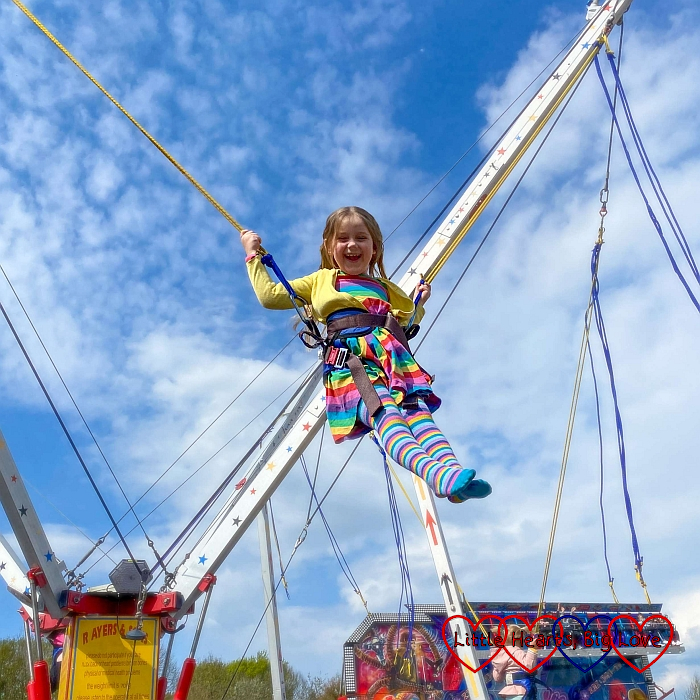 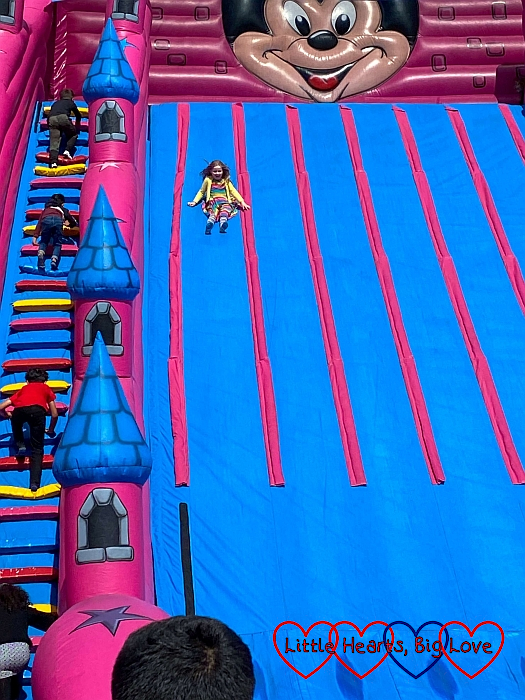 She enjoyed riding with Mummy on the dodgems (and did a fairly good job at managing to steer us around the other cars without too many hard bumps!). She also had fun hooking a character and choosing a bow and arrow set as a prize. She’s had fun playing with that in the garden this week. 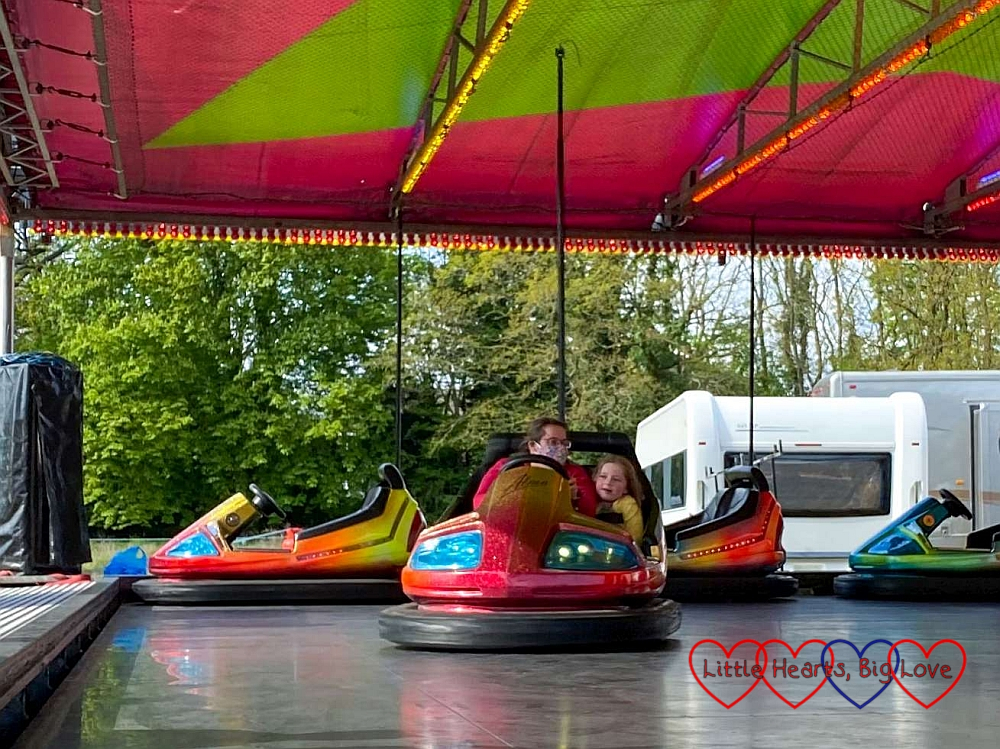 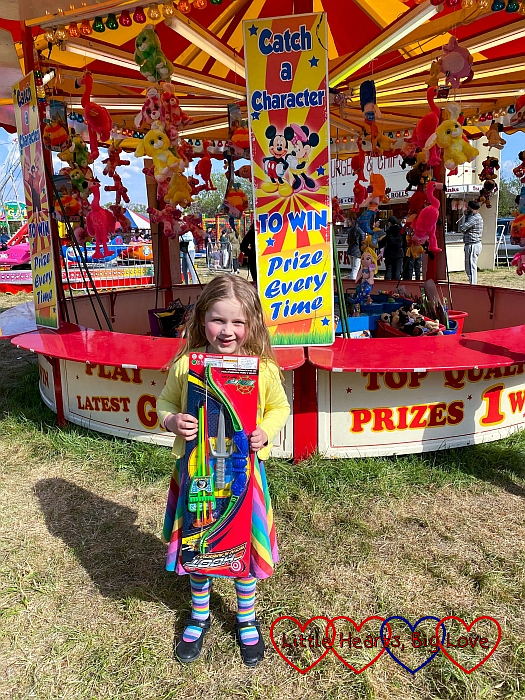 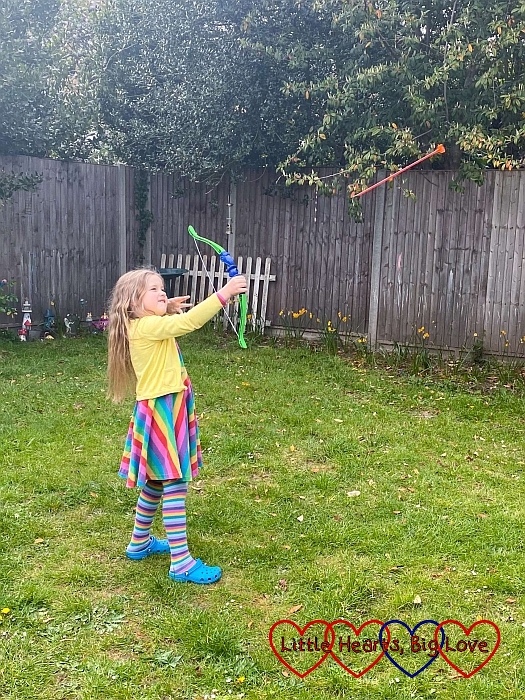 It was nice to have a fun family afternoon that felt so “normal”. It’s something I don’t think I’ll ever take for granted again after the last year. Hopefully with things gradually opening up and Covid cases staying low, we’ll be able to enjoy more normality over the coming months.

12 thoughts on “An afternoon of fun at the fair”