Driving around the Devil’s Punchbowl was always a familiar part of my journey to and from visiting my family after I moved to London on finishing university. It might have been the slowest point of the journey but it was certainly the most picturesque.  The need to focus on the road meant I could never quite fully appreciate it though. 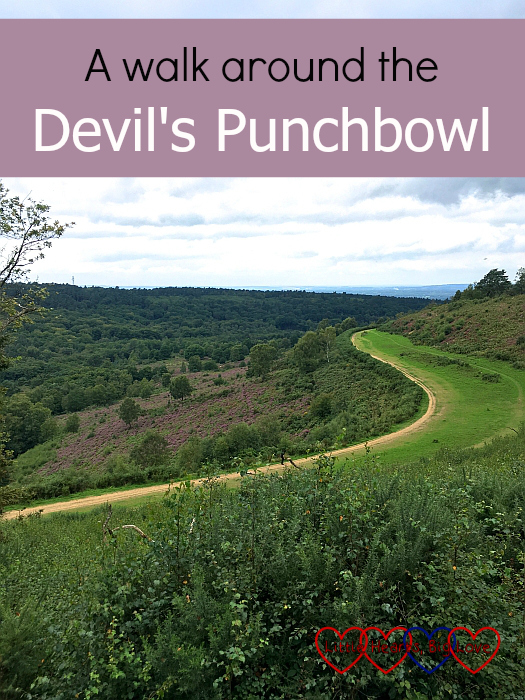 Once the Hindhead Tunnel was completed in 2011 the journey became much quicker. The girls love travelling through the tunnel. They’d never seen the pretty view that I missed though.  Visiting the Devil’s Punchbowl has been on my must-do list for some time. Despite passing close by so regularly, there was never really the option to stop. I was always in a rush to get down to my family or heading back home too late in the day. Making time for a trip to the Devil’s Punchbowl mid-visit never quite happened either. My time with my family is usually jam-packed. However this time, I needed to leave early as I had a friend coming to stay. 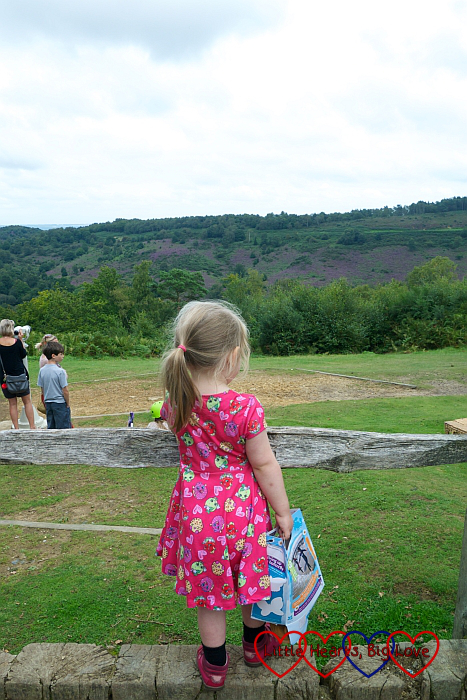 Legend has it that the Devil’s Punchbowl was created as a result of the Devil scooping a handful of earth out of the ground and throwing it at Thor, the God of Thunder. I’m not sure if that was the story that my dad used to tell me when we drove around it though. Whatever the story, I found it a fascinating spot.

There are several walks to take around the Devil’s Punchbowl. I decided to go for the Sailor’s Stroll. This is a 1.6km walk from the café and car park, up to Gibbet Hill and back again. We didn’t have a lot of time so needed a short walk which was also accessible with Jessica’s buggy. The Sailor’s Stroll looked like the best choice on both counts. 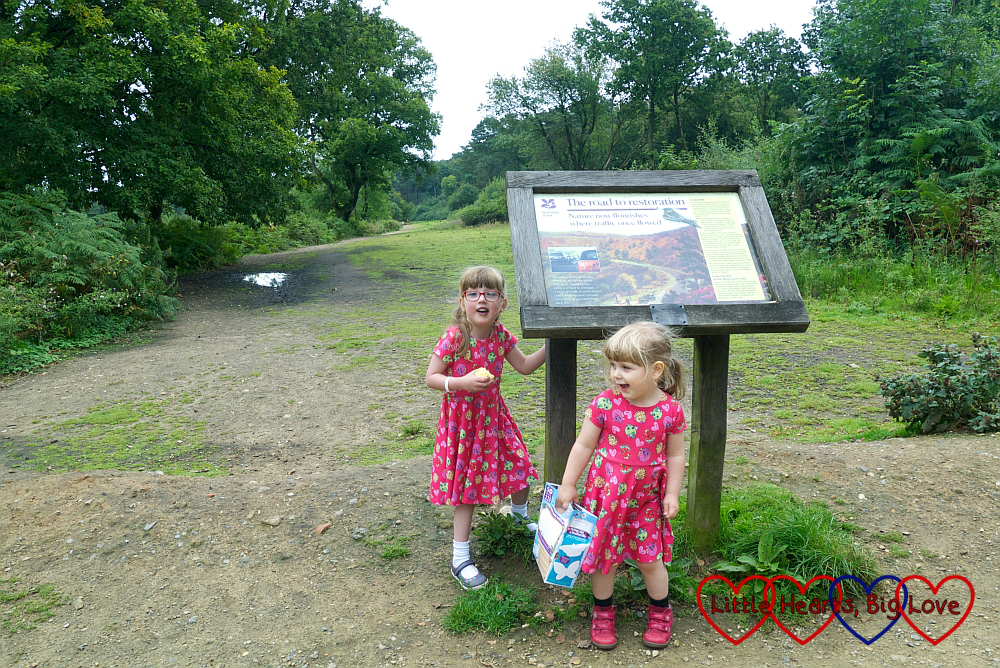 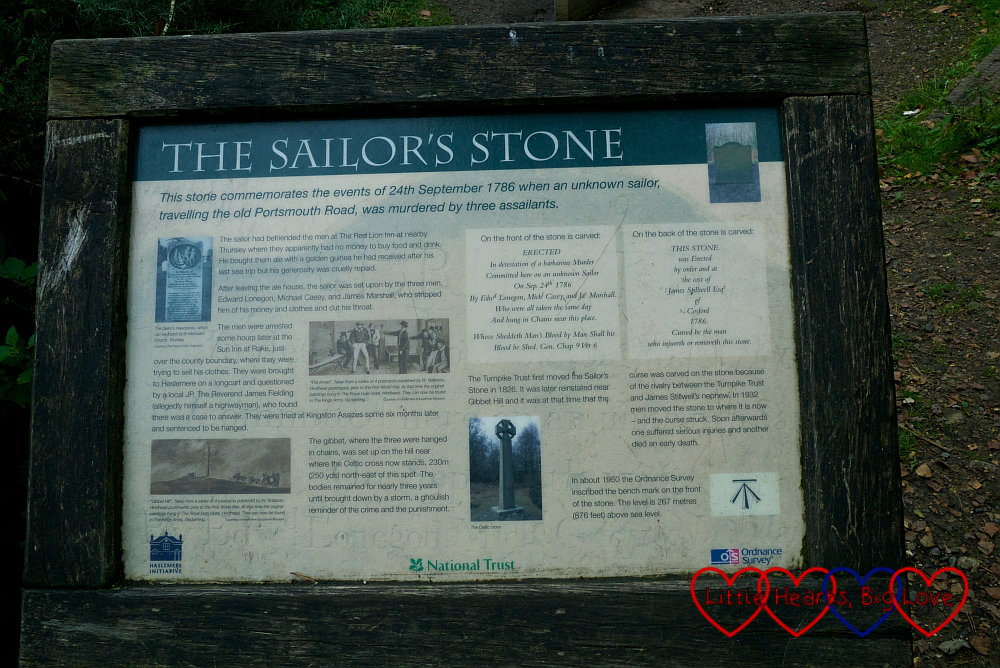 As we headed up towards Gibbet Hill, we passed the Sailor’s Stone. This stone marks the spot where a sailor was brutally murdered in 1786. His three murderers were captured the next day and hanged six months later at Gibbet Hill. According to the inscription on the back of the stone, there is a curse on anyone who moves or damages the stone. It certainly felt like an eerie spot. I was glad to move on. 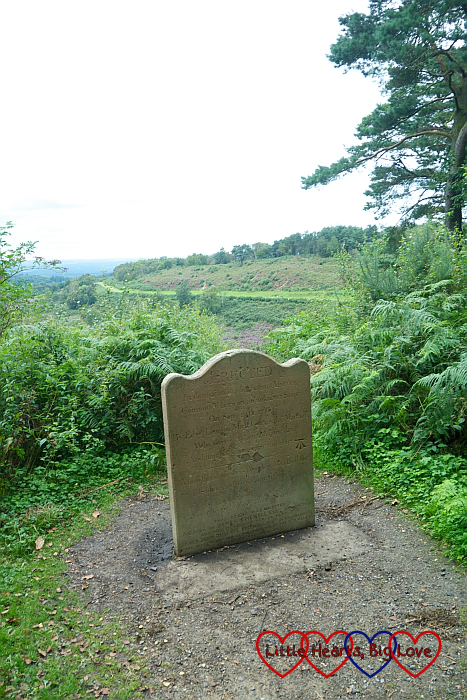 We soon reached the top of Gibbet Hill and the Celtic Cross. The cross was erected there to help banish the fears and superstition which grew up around Gibbet Hill after the hanging of the three murderers. It was hard to imagine such a pretty spot had such a gory past. The views across the countryside were so beautiful and the cross was surrounded by purple heather. We stopped for a rest (plus a short detour from our route to find a geocache). 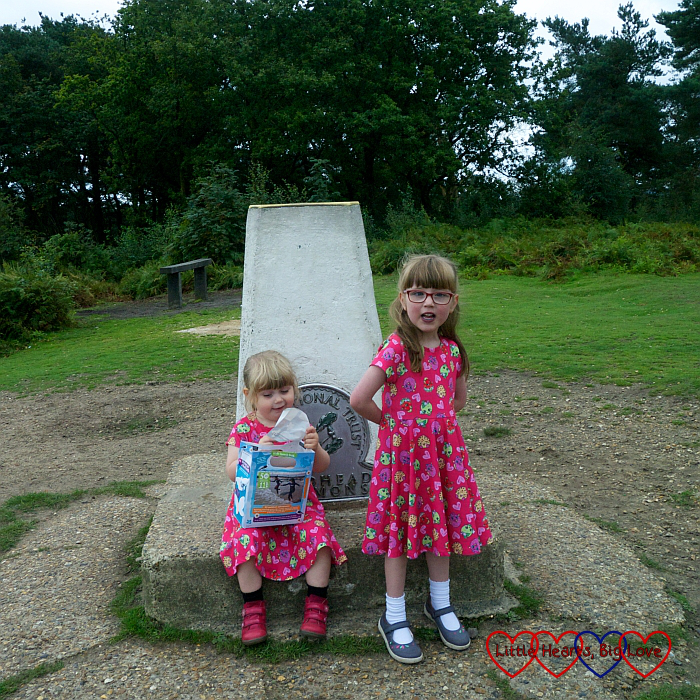 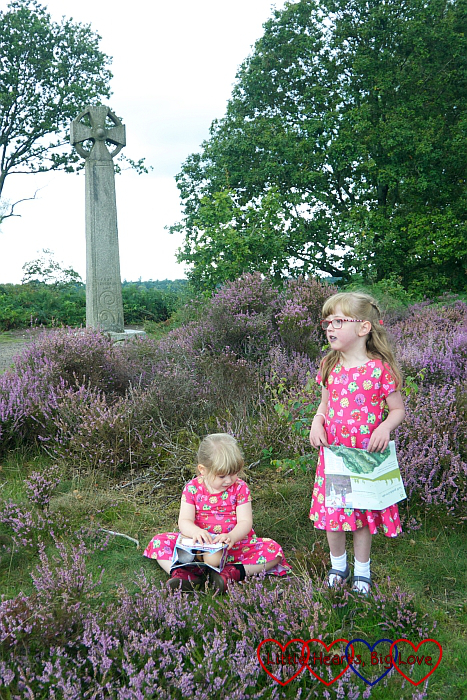 The Sailor’s Stroll ended here. We just needed to turn around and retrace our steps back to the car park. However, it looked like there was a shortcut back down to the old turnpike route. There was – but it was quite a steep hill. I had to carry the buggy down and then come back up to help Jessica get down. Sophie managed it by herself though. Following our route back would have been much easier! 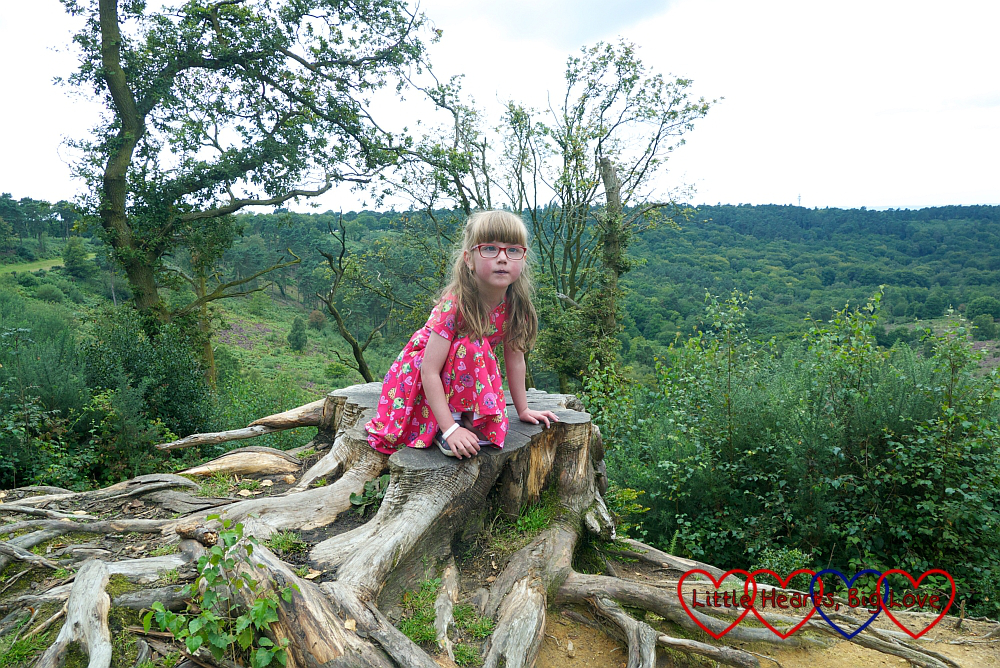 We stopped to admire the view of the Devil’s Punchbowl. It felt strange to stand there and remember driving around it. The old A3 was buried under the sandstone from the tunnel when it was built. I’m not sure if the grassy area is part of the old route or if it’s part of the original contour of the hillside which has since been re-landscaped. It does look like it takes a similar route to the road I remember though. 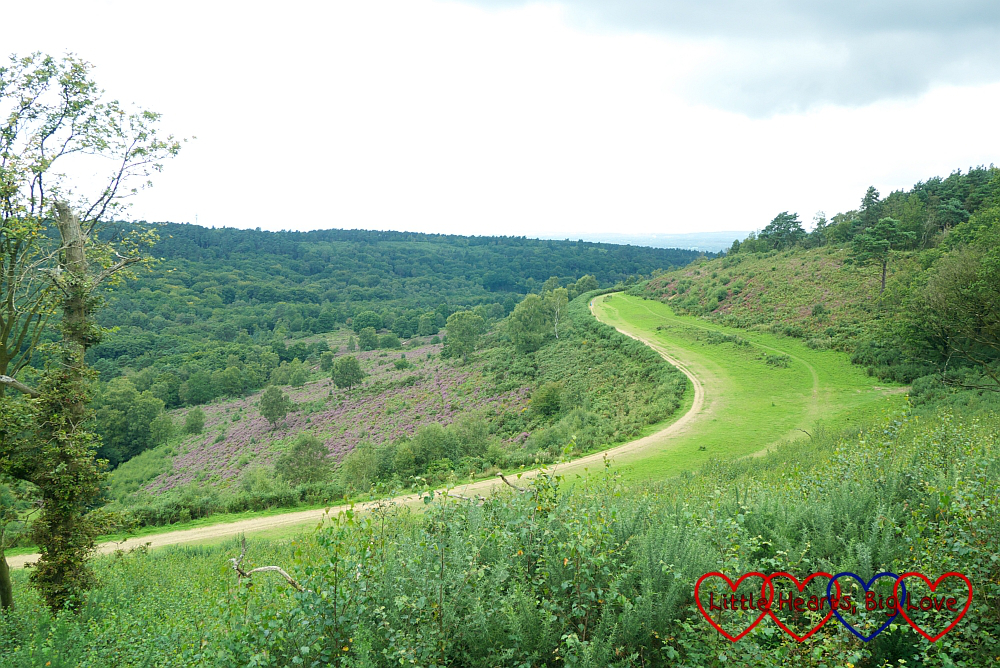 On the way back to the car park, we stopped to pick some blackberries and find another geocache. It was a lovely way to break up the journey home and a long-overdue visit to a beauty spot that I always loved seeing from the window of a car. It was much nicer to be walking around it though and being able to admire the view at a more leisurely pace! 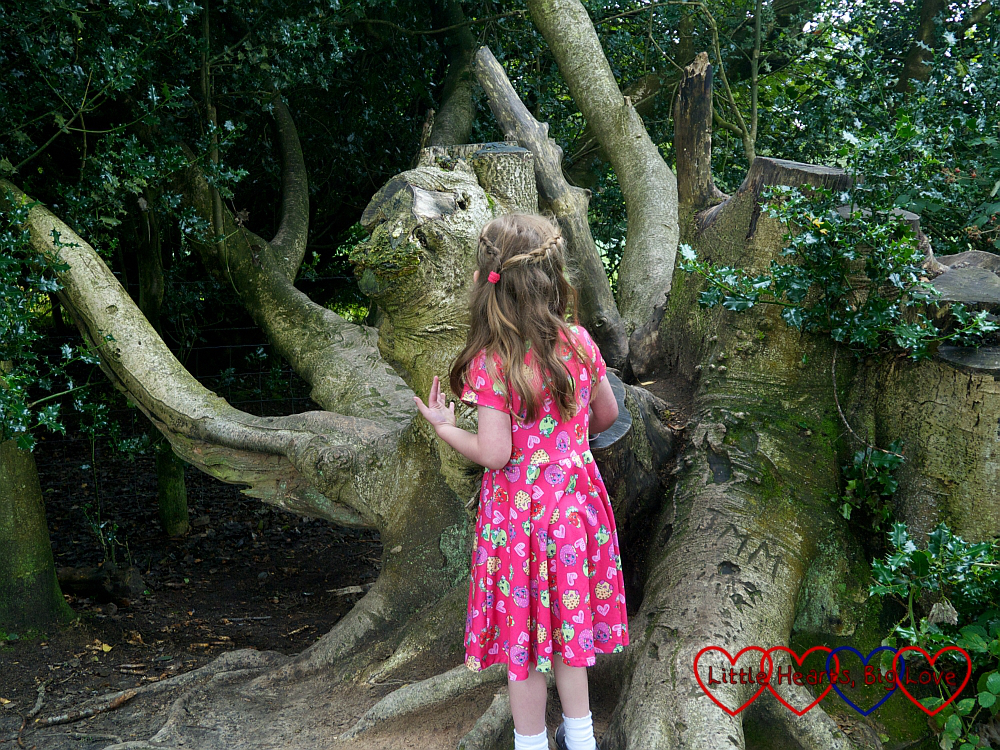 20 thoughts on “A walk around the Devil’s Punchbowl”