The morning sunshine was too tempting to resist and having dropped Jessica off at preschool, Sophie and I headed for the park instead of going straight home again as we usually do. It was the first time that I had taken Sophie to the park on her own; the first time I had been to the park with just one small child in almost a year and a half. 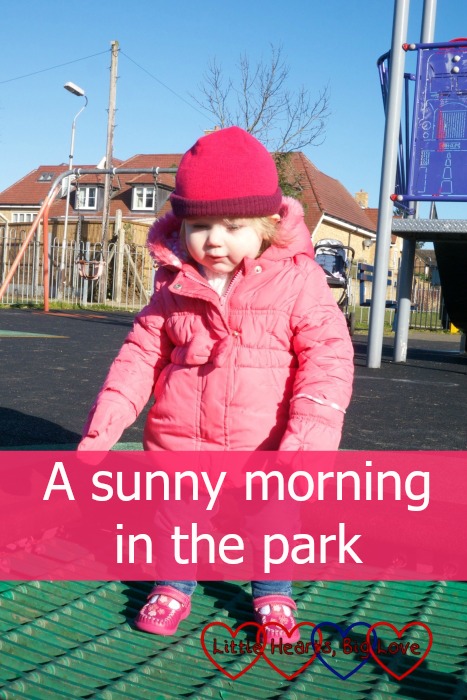 Sophie enjoyed having my full attention for a change – usually she is just happy wandering about and exploring while her big sister demands my assistance with whatever she wants to go on at that moment but this time she was able to try out the rides a little more than she usually does. 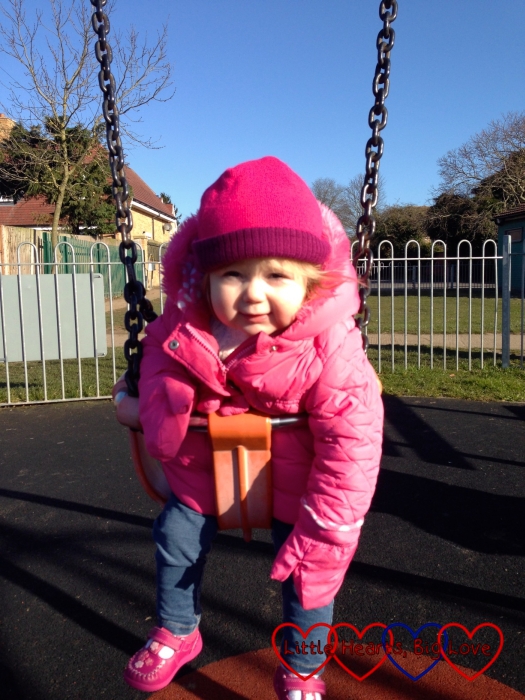 The swing was fun although Sophie still needs to learn to hold on properly – she just likes to lean over the bar and look down most of the time! 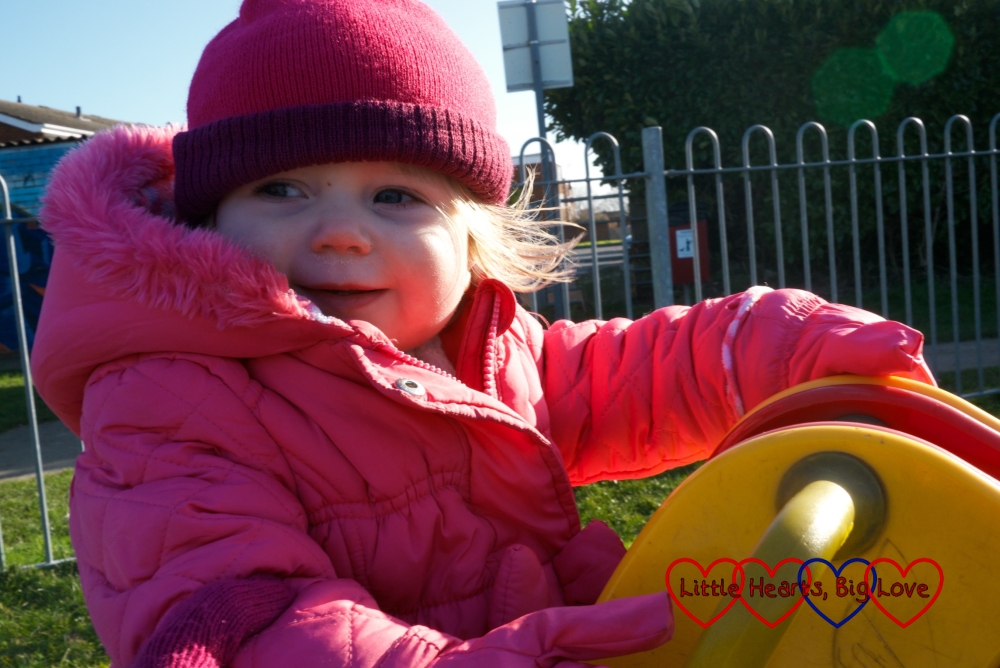 She wasn’t too sure about the rocking lion and after a few seconds told me she wanted to “get down!” 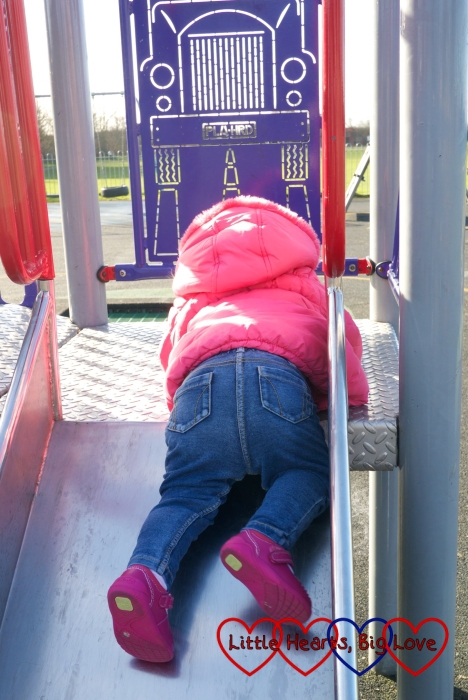 The trampoline was a bit easier to walk on without a big sister jumping on it at the same time and Sophie enjoyed going down the slide on her tummy. 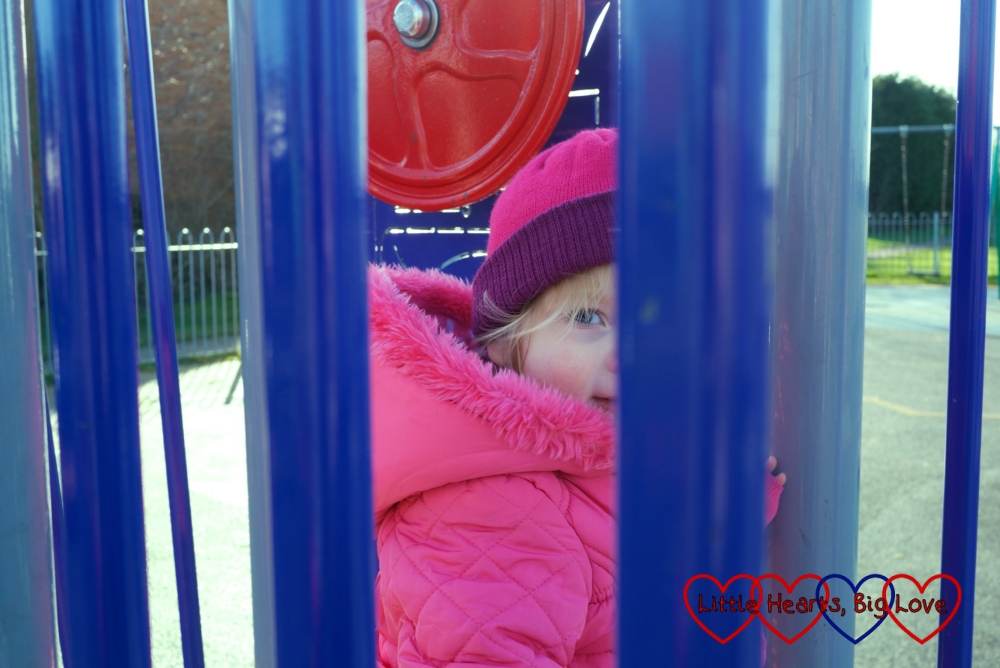 We took a longer route back home and explored further down our road, discovering the allotments at the end and a footpath which sadly wasn’t buggy-friendly, otherwise we would have had a wander to see where it led. Something to explore on another day I think

32 thoughts on “A sunny morning in the park”